Head left once you exit the elevator and make sure to kill all enemy guards along the way. Eventually you should be able to get to a much larger warehouse. Eliminate new soldiers and go to your right. Get ready to defend yourself against attacks made by a second large mech [#394]. Thankfully your mech should still be in a perfect condition, so it would be very hard to lose. :-) 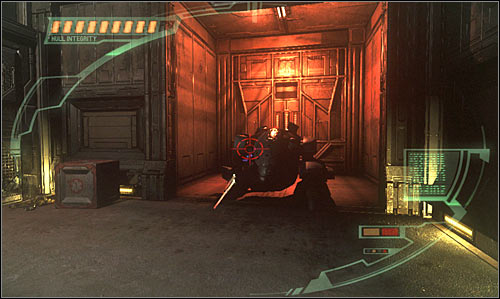 Notice that your mech will stop working once you defeat the final opponent. This isn't something you could prevent from happening. Exit your mech and explore this area. It shouldn't take you too long to find a cigarette pack (14 - Basilica Interior Detail 8). Proceed towards a small crate [#395] and use it to get to an upper platform. There's a new cigarette pack (2 - Corporate Offices) there. 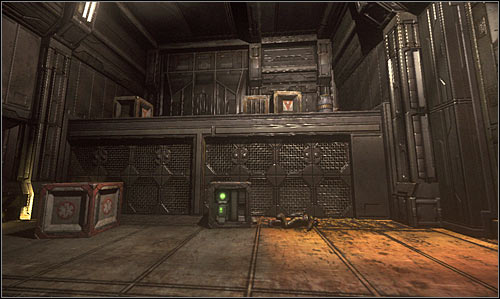 Head down and go to the passageway where the second large mech has appeared for the first time. You should be able to find a large red button here [#396]. Pressing it will trigger other mechs showing up in this area, so you must run to the exit QUICKLY in order to prevent Riddick from losing too many health units. 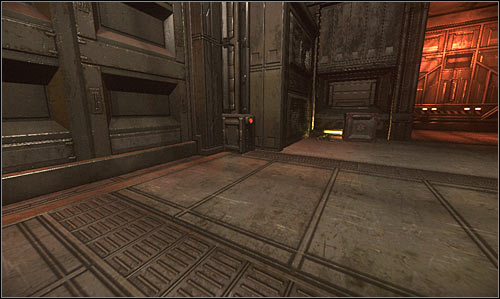 Once you've seen a new cut-scene get ready for a final battle with two enemy robots. The interesting thing is that both machines will be using camouflage to make it harder to destroy them. The second you've gained control over Riddick move forward and collect a minigun [#397]. Take cover behind the nearest pillar. 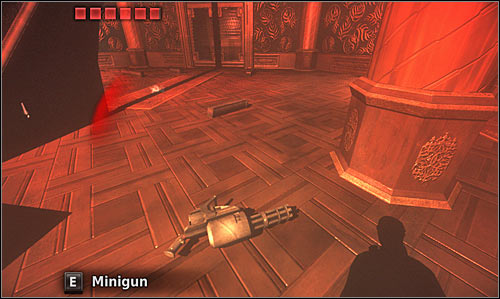 This shouldn't be a difficult fight for you, however you will probably lose 3-4 health points before both mechs are eliminated. Keep shooting using the minigun. You can locate robots easily, because bullets will stop hitting the walls. You can also wait for your opponents to drop camouflage for a short period of time [#398]. Focus on one target at a time. Once you've destroyed the first mech target the other one. Destroying both robots will end this campaign. Enjoy the final cut-scene! 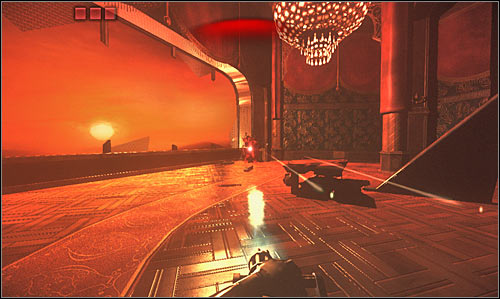