Approach a large entrance. Make sure you're standing to the left of the gate and begin firing at the first mech [#372]. A second machine will arrive from the left, but you should be fine as long as you're not exposed too much. Destroying some of the nearby lamps can also help in Riddick remaining a difficult target for his enemies. If you don't have the minigun it will be much more difficult to win. Destroy the lights and move closer to both mechs. You would have to use grenades and a shotgun to defeat them. 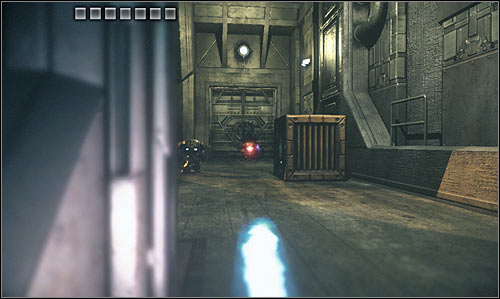 Once you've defeated both mechs begin moving forward. The landing pad is located to your left and it's going to be guarded by three soldiers [#373]. Eliminating them with a minigun should be a piece of cake, especially since you won't run out of ammo. 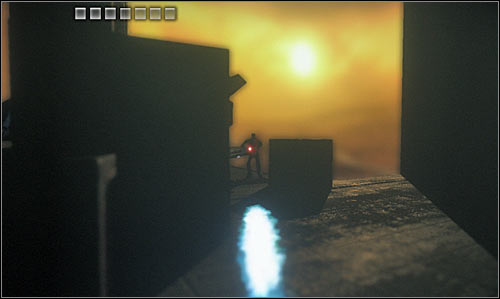 Make sure it's safe here and start moving towards the landing pad [#374]. Approach a large ship and wait for the ramp to be lowered. This will allow you to get on board of the flying machine. You'll be rewarded here with a series of interesting cut-scene. 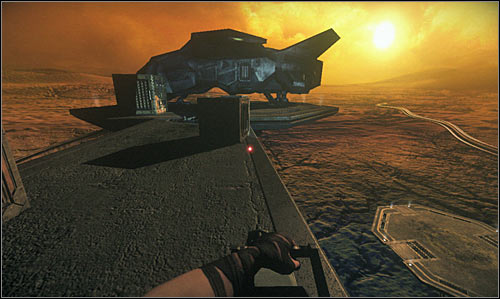