Start off by moving forward. Ignore some of the fights taking place beneath your current position, even though some of the monsters may try attacking you. Once you've reached the end of the tunnel destroy a new grating and CAREFULLY exit the shaft. Notice new fights taking place below. Look up and press the action key to grab a hangrail [#341]. Obviously you must now use the hangrail to get to a new area. 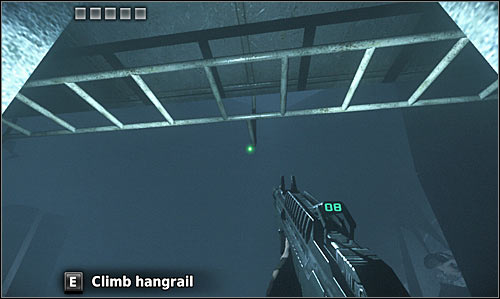 Make sure to land on a new platform and to fall down. Before you proceed to the exit locate a new ladder [#342]. Use the ladder to get to an area where you'll find a cigarette pack (52 - Butcher Bay). You may return to the lower floor. Use a nearby passageway which is located to the left of the ladder. 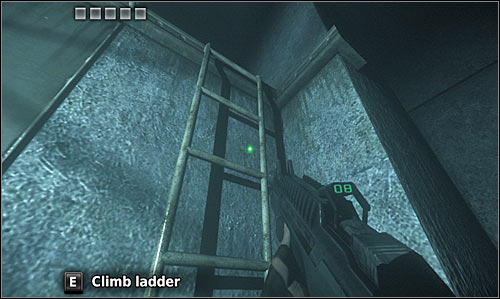 Get ready to kill a few weaker creatures after which proceed towards a new ladder. Don't think about dropping down, because it would mean a quick death. Carefully enter a new room [#343]. Kill the guard, as well as new monsters around him. You can now choose how you want to get to the exit. You can keep going straight or you can open the door to your right. I would recommend proceeding forward, because you'll be allowed to heal along the way. Inspect guard's body before you leave in order to find ammunition and a cartridge. 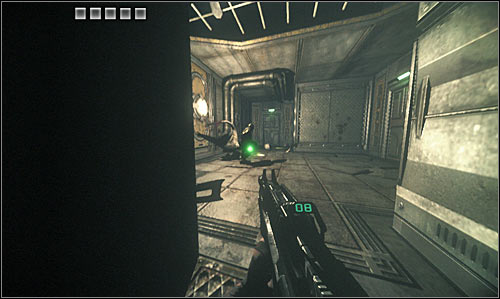 Carefully approach the entrance to a new room and notice that some of the guards are fighting alien creatures [#344]. I would recommend that you wait for a few seconds, so both sides can settle their problems and you'll have less targets to kill. The aliens will probably win, so defeat them when the battle has ended. Thankfully you won't have to worry about any new beasts showing up. 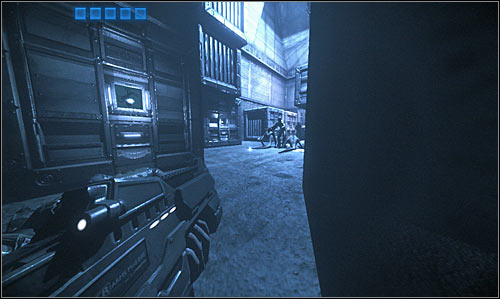 Proceed towards two large containers located to your left. Get on top of one of the containers and turn right. You'll now have to make a jump towards a new box [#345]. Once Riddick has grabbed it make sure not to fall. Get on top of this box and continue moving upwards. Be careful, because new monsters may arrive in the area in the meantime. Finish off by making a few jumps while trying to get to a ventilation shaft. 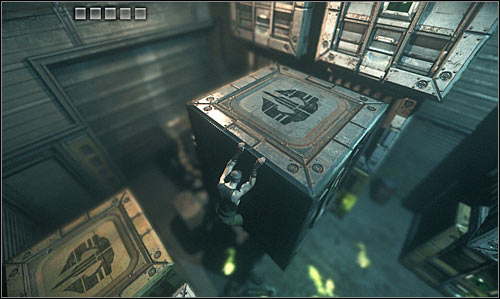 Get to the opposite end of the ventilation shaft. Begin by dropping to a new platform after which proceed to a lower level. Inspect the area to your left by going through a new door. You should be able to find a NanoMED health station here [#346]. Also - don't forget to collect much needed ammunition. 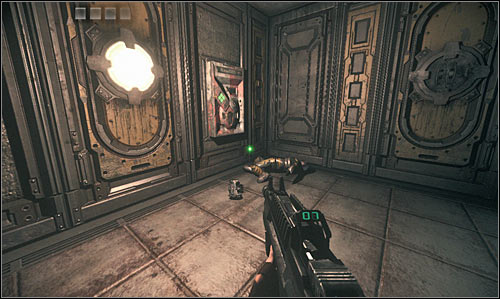 Choose a door located to your right. It would be a good idea to destroy a few explosive barrels from where you stand [#347]. This action should result in deaths of a few nearby creatures. Locate a tunnel next to a guard's body. Enter the tunnel and head down when you get to a ladder. 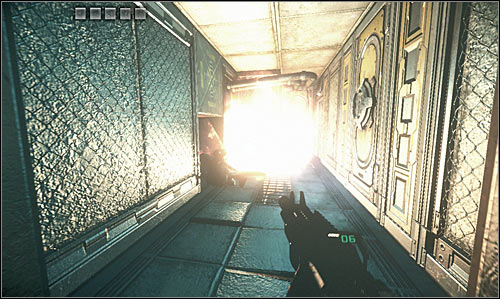 Eventually you should be able to reach a large warehouse. Notice that a mech is fighting one of the larger alien creatures. Avoid both participants of this duel, because you won't have to kill them. Instead proceed directly to your right. Drop down when you get to the ledge and locate a small door in front of you [#348]. Explore this new corridor to find a NanoMED health unit. Sadly it's not fully loaded. 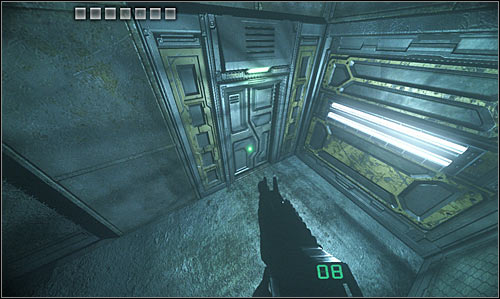 I would strongly recommend that you spend some time destroying nearby lamps. You can use an assault rifle and fire a single round at each lamp. Once this is done proceed to a new corridor. Open the door and disable some of the nearest lights. There's a new mech in front of you [#349] and you must hide in the previous corridor before the machine begins firing at you. 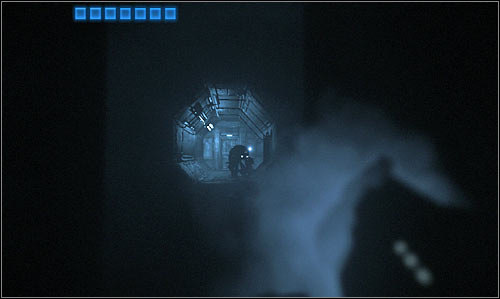 Destroy two other lights inside the long corridor with the mech and each time retreat quickly to avoid its gunfire. Eventually it should get so dark in here that you'll be allowed to get past the mech unnoticed [#350]. If you see a standard guard make sure to kill him first. Once you've gone past the mech run towards a corridor which is going to be an exit. 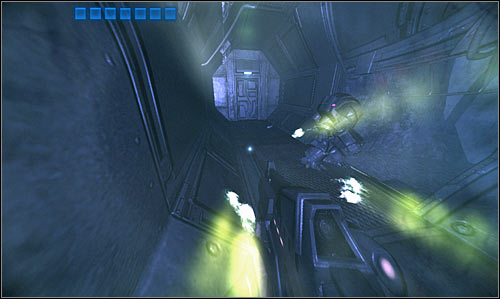