Head on to the opposite end of the ventilation shaft and drop down when you get to a small hole [#291]. If you're lucky you should be able to land on one of the guards, eliminating him from the game. If you miss, you'll obviously have to defeat him in a direct confrontation. Examine his body afterwards and take his keycard. You must now use a nearby computer station in order to open a few containers. 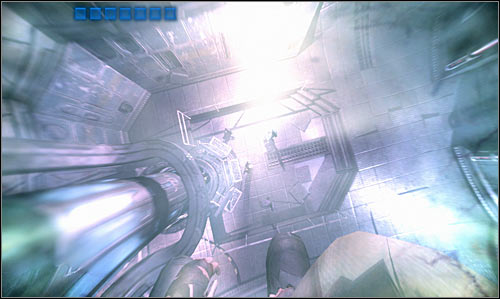 There's a NanoMED health unit on the wall if you need one. Once you've healed Riddick use the keycard to open a nearby door. Make a few steps forward and talk to an inmate called Jupiter [#293]. You'll receive further instructions from him, as well as a home-made bomb. 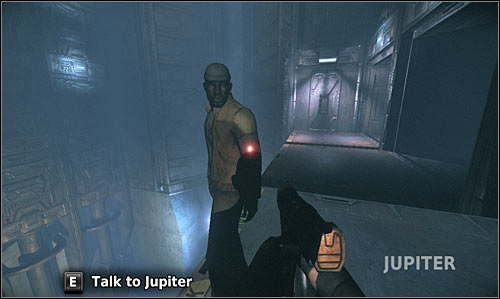 Wait for this conversation to end and IMMEDIATELY take cover inside the nearest container. The main reason is that a mech will appear behind Jupiter, killing your friend on the spot. Wait for a large container to appear in front of you [#294]. Start running towards the container and make a jump when you're near the ledge. If you've done everything according to plan, you'll be rewarded with a short cut-scene. 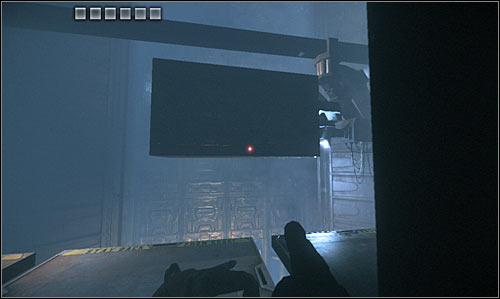