Keep moving forward until you reach an exit from the ventilation shaft. Kick the grating and make sure you're crouching. You must act quietly here, because the upper platform is being patrolled by a single guard. You should avoid being seen by him as you'll be surprising him later on. Turn right when you have the chance and inspect a dark corridor to find a cartridge [#262]. 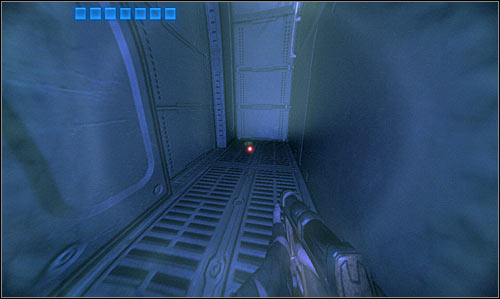 Go back to the main corridor and this time proceed to the end. Eventually you should be able to find a ladder. Notice that the camera has changed perspective, allowing you to monitor guard's movements [#263]. Wait for him to turn around, climb to the top and stun him with your tranquilizer gun. Finish him off right away. 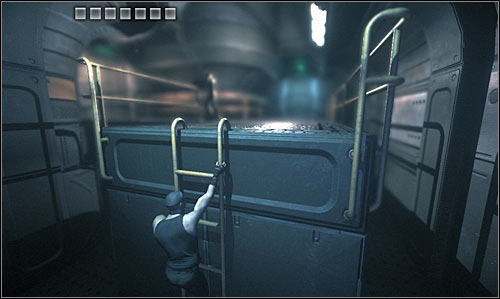 Proceed towards the left door. Once you've arrived at a much larger area stun one of the technicians from a larger distance [#264]. Obviously you'll now have to get to him in order to kill him. Once he's gone turn right and jump over the railing, landing in a very dark area. 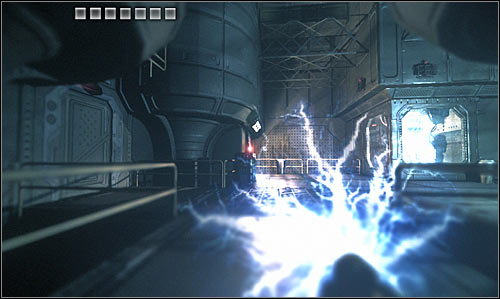 Proceed to your right. Look around a little and you should be able to find a ladder in the nearest corner of the room [#265]. Use the ladder to get to an isolated area. You'll now be given a unique opportunity to control a mech, similar to those you've encountered before. Press the action key to get inside the mech and fire the main cannon to break the glass. Notice that you have unlimited ammo supplies, however your guns may overheat. 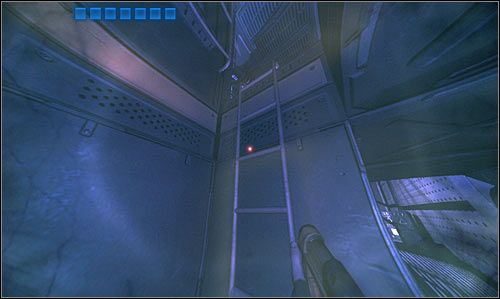 Two enemy guards should appear in the room and they will arrive from your right [#266]. Thankfully you won't have to worry about their attacks, because their guns won't penetrate your armor. You can't feel safe inside the mech, though. You'll soon encounter stronger foes and your mech will begin losing energy. Additionally - your armor won't regenerate in a similar manner to Riddick's health bar. Proceed towards the door where the guards have appeared for the first time. 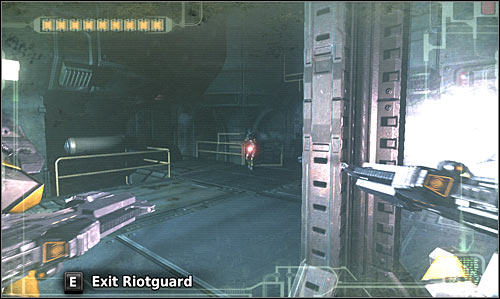 Make sure to destroy all the explosive barrels you encounter along the way, so you won't be surprised later on when they blow up in your vicinity and damage your mech. There are three new guards in the next corridor. One of them should be hiding to your left [#267], so don't miss him. Head on to the next section. 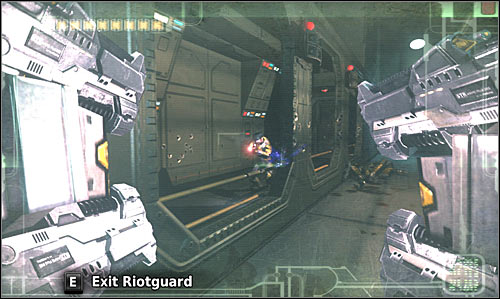 Get ready, because you'll encounter an enemy mech soon enough. The machine should appear directly in front of you [#268]. Keep firing at your opponent, ignoring the fact that your guns may overheat. The goal here is to prevent the mech from firing back. It shouldn't take too long before it's destroyed. Kill a new guard (to your left) before leaving this area. 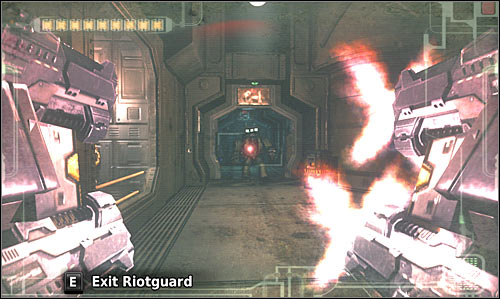 Once you've won return to the previous gate. Turn right and locate a smaller passageway leading to a Briefing Room [#269]. I guess you won't be surprised to find a few guards inside, but they shouldn't pose a serious threat. Make sure it's safe and press the action key to exit your mech for a while. 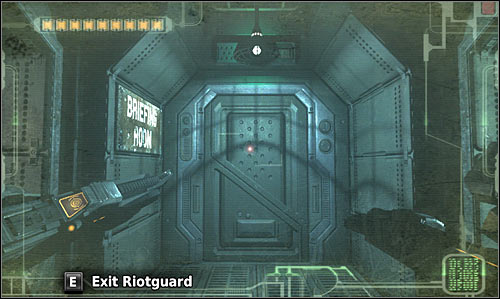 Your objective here will be to enter a smaller room where some of the guards were originally standing. This door leads to a Computer Room [#270]. Check your surroundings and you should be able to find a cigarette pack (60 - Riot Guard). You may return to your mech. Thankfully you won't be dealing with any new guards in the meantime. 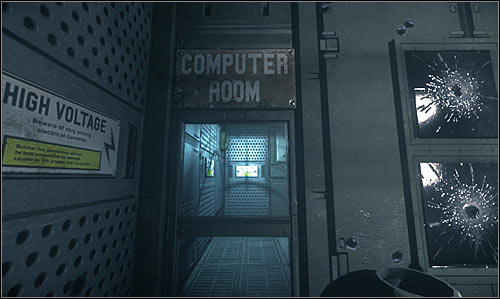 Choose another small passageway located directly in front of you. Get ready to defeat two other mechs here. The first opponent will appear to your right [#271]. Once he's been defeated turn left and find the second mech. Obviously you should be fighting one machine at a time, preventing your enemies from fighting back. Make sure it's safe here and locate a passageway leading to section E-12. 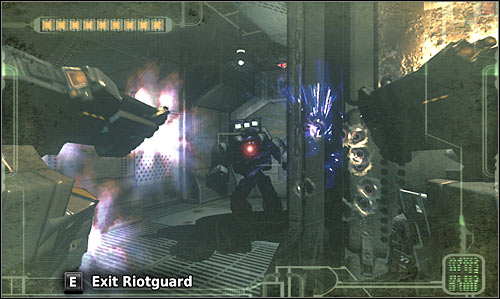