You'll finally return to a well-known location. Exit the elevator and inspect some of the crates located to your left [#239]. You should be able to find Shurik's glasses on top of the upper crate. Take this object if Shurik is still alive (I assume you didn't allow the mech to kill him during the last gunfight). 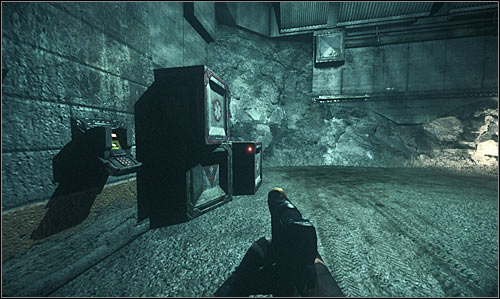 Turn right. Don't even think about moving forward, because you would eventually get to the balcony with two guards. Instead inspect a wall to your right and you should be able to find a ladder [#240]. Use the ladder to go back to the corridor where you've killed one of the guards the last time you were here. 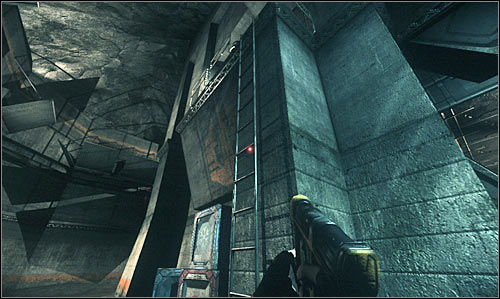 Keep heading forward until you get to a new corridor where you'll be attacked by two other blueskins [#241]. I would strongly recommend using a tranquilizer gun to stun them as soon as possible. Prevent them from getting too close, because they're both using weapons (a club and a Shiv blade). Finish them off and notice that one of them has left the second part of the "snitch-list" behind. Proceed to a nearby control panel and use it to go back to Cargo Transport. 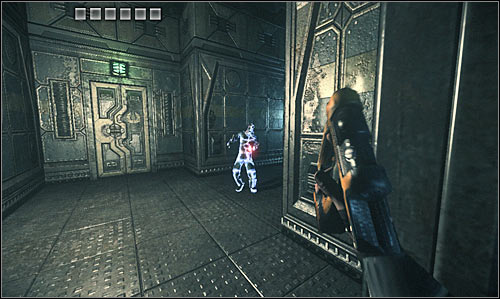