Press the crouch key and start following a guard located in front of you. Once you're close enough to the stairs move slightly to your left, because you would make too much noise while crossing a metal platform [#188]. Take cover behind the crates and avoid being seen by enemy units. One of the guards will be standing in front of you and there's a mech to your right. 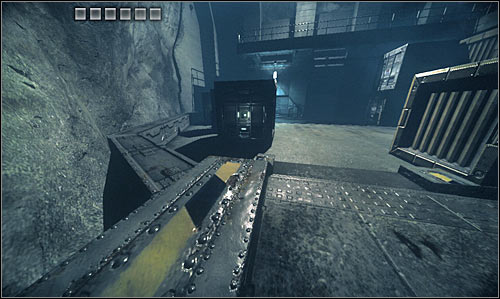 Start moving forward and use nearby crates for much needed cover. Don't make any unnecessary stops, especially if you're standing in the open. Eventually you'll have to get to a dark corner [#189]. Take cover in the shadows. Turn right and make sure that you're weren't noticed by the guards. 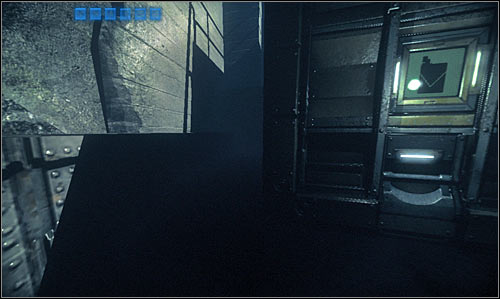 One of the enemy guards should be standing directly in front of you. Get closer to him [#190], wait for his colleague to leave and perform a silent execution on him. DON'T even think about trying to drag his body into the shadows, because you would have been spotted. Besides you want a second guard to discover this body. 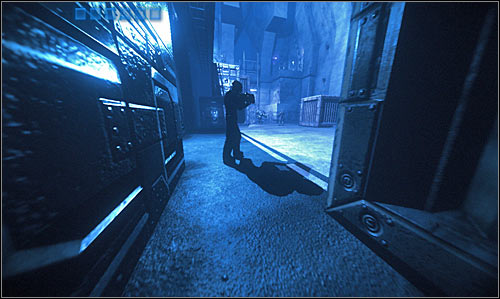 Return to the shadows and wait for the second guard to arrive (the same one you were following when you first got here). He can act like he should and explore the surroundings after discovering the body or he can ignore the body entirely and continue patrolling the area like nothing happened [#191]. If he walks away, try to get his attention by hitting a nearby container with a club a couple of times. Either way you'll have to wait for him to get closer to your position. 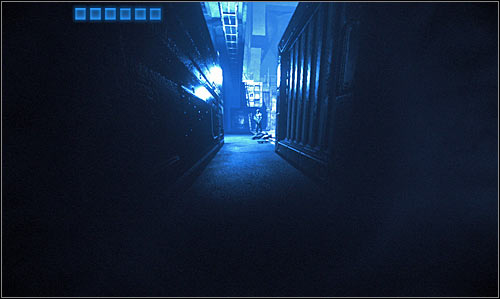 Make sure that you've chosen a Shiv blade from your inventory and wait for the guard to arrive. He'll probably use a flashlight, so you should be crouching around the corner, ready to strike him [#192]. Don't worry if the mech arrives here in the meantime, because that's part of the plan. 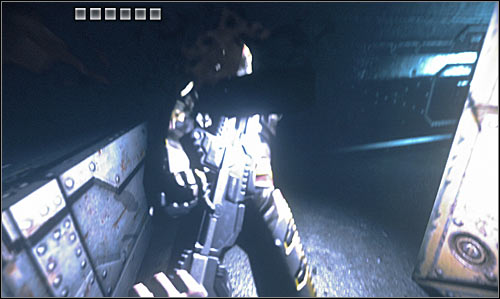 Once you've killed the second guard take your time to find out where the mech is standing [#193]. The best position for him would be to maintain position somewhere close to the container. If he didn't move you would have to get his attention by leaving the shadows for a second or two and then going back into hiding. 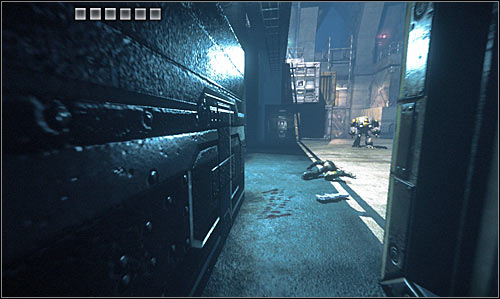 Once you've distracted the mech you'll be allowed to focus on getting out of here. There are two passageways leading to the next location. One of them is on the ground level and to get to other one you must use an upper balcony. I would strongly recommend choosing the balcony, especially since you'll find a new pack along the way. Avoid the mech and proceed to the crates [#194]. Get to the shadows in case your opponent decides to turn around. 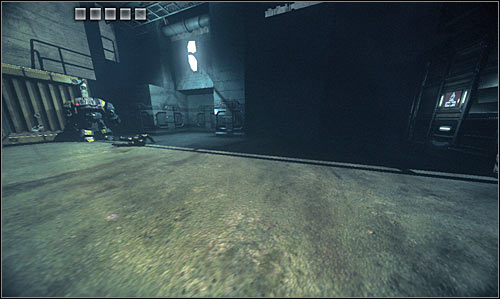 Make sure that the mech is looking the other way and start climbing the crates to get to the top. It would be a good idea to press the action key each time you want to move upwards, so you won't have to waste too much time trying to climb by yourself. Eventually you should be able to get to the railing [#195]. Jump over the railing to get to the balcony. Turn right, so you'll be facing the door with a green lamp. 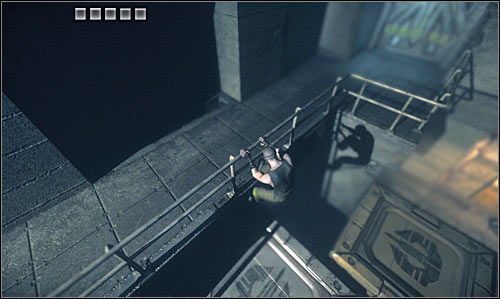 You could leave this area right now, however I would strongly recommend that you spend some time trying to get to a cigarette pack. Make sure that you're standing in front of the door and turn right [#196]. Jump over the railing to land on a very small ledge. You can't miss, because you would have to climb the crates again. 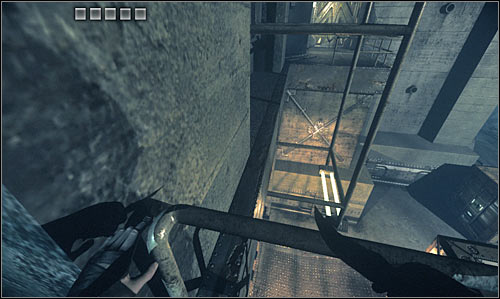 Once you found yourself standing on the ledge make a few steps forward and turn left. This will allow you to climb to the top [#197]. Turn on Eyeshine and take your time to find a cigarette pack (39 - The Ship). Return to the upper balcony using the ledge. Afterwards turn right, open the door and use the stairs to get to a lower level. 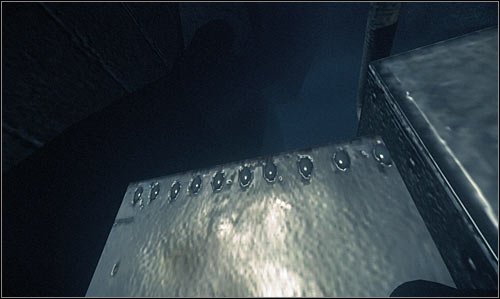