Step through the first gate and turn right. There should be a new passageway up ahead [#169]. Don't use it just yet, because you'll want to perform a few other activities in the first place. Instead use the keycard to unlock the door. It'll make some of your next moves less complicated. 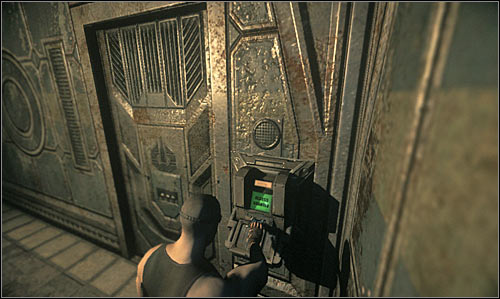 Go back to the main area. Ignore a mech to your left, because you aren't carrying any real guns and so you wouldn't be able to eliminate this obstacle. Instead talk to one of the inmates called Shurik [#170]. During the conversation agree to help him in finding his glasses. 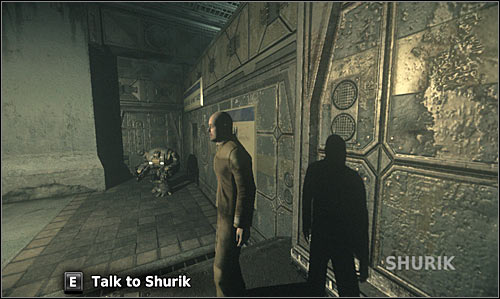 Locate a door to the right of Shurik. Open the door using a magnetic card. Sadly, entering this room [#171] will trigger an alarm and the mechanical opponent will try to hunt you down from now on. Leave his line of sight quickly. Take your time and explore the room. You should be able to find a cartridge, as well as a new cigarette pack (34 - The Dweller). 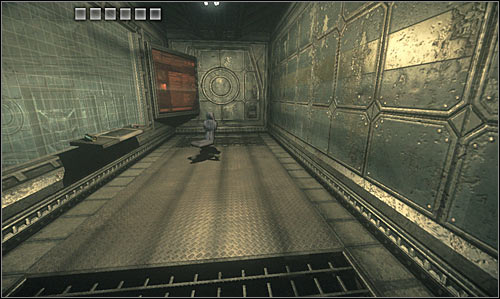 You'll now have to be very careful, because you may endanger Shurik's life by mistake, not to mention Riddick's. Exit the room and quickly take cover behind one of the pillars. Start moving towards an already unlocked passageway and prevent the mech from hitting you too many times. Once you're inside press the crouch key and take cover next to the crates [#172]. Move to the right a little, allowing the door to close. 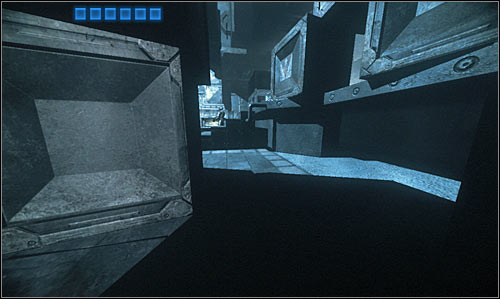 There are two guards inside this room, as well as a technician. Thankfully eliminating them is going to be very easy. Remain hidden behind the crates. Wait for the lights to go out, turn on Eyeshine and approach the closest target [#173]. Be careful, because one of your enemies may be using a flashlight - you can't let him see you. Perform a SILENT execution. 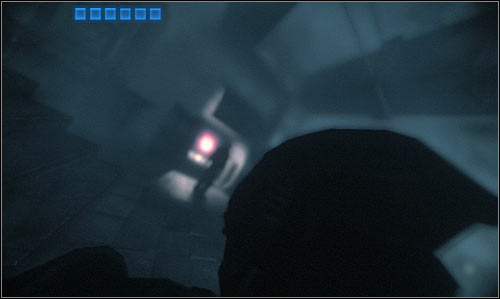 Ignore the fact that the killed guard is going to be noticed by other enemies when the lights come back on. Instead you'll have to quickly return to the shadows. You may take cover behind the crates again or you can try squeezing yourself inside a dark passageway located beneath the large platform [#174]. You should be safe in both spots. 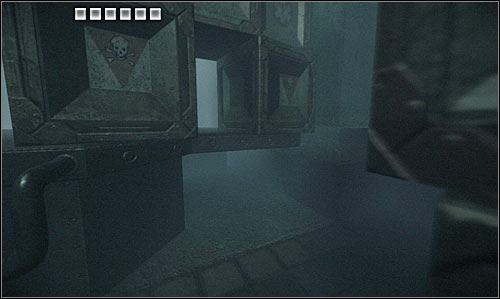 When the lights come back on the other guard will probably notice that he's buddy is dead. Thankfully you won't have to worry about the alarm being raised nor reinforcements showing up in this area. Instead wait to become dark in here again. Leave your cover. Start off by dealing with the second guard [#175] and once he's gone eliminate one of the technicians. You won't have to act stealth around him, because he's not a serious threat. You can attack him right after you've eliminated the guard. 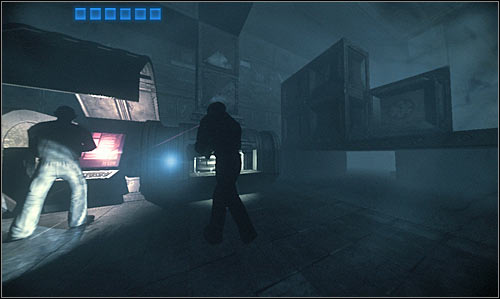 Make sure to inspect bodies of all fallen enemies. Sadly once again you won't be allowed to pick up any weapons. I wouldn't recommend exchanging a screwdriver for a much better Shiv blade. Take the Vent Tool from technician's body if you haven't bought this item from Monster back in the prison block. Once you're done looting proceed to a large platform to your right. There's a NanoMED station here if you're in need of healing. Turn right and locate a small stash in the wall [#176]. There are some credits inside the stash, as well as the first part of the infamous "snitch-list", needed to complete one of the subquests. 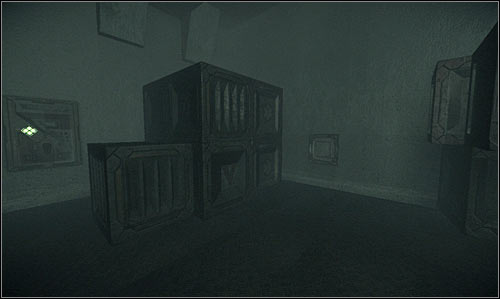 Go back to the area where you've attacked all enemies and this time inspect the platform located to your left. Once you're there start off by gaining access to a ventilation shaft located to your right. There are some credits inside the shaft. Go back out and proceed towards the left grating [#177]. Kick the grating and enter a new tunnel. 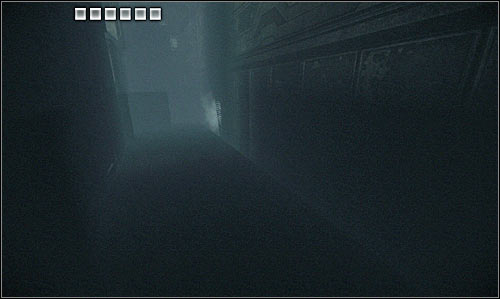 Start moving forward. Thankfully you won't have to worry about encountering any additional enemy units. Eventually you'll get to a ladder [#178]. Use the ladder to get to an upper level. Keep moving forward until you end up standing on top of a large elevator. Wait for the elevator to begin moving and you'll be transported to a new area. 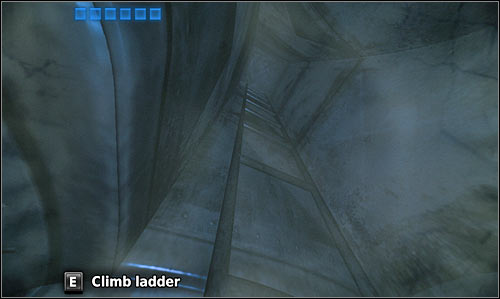