Exit the elevator and talk to Real. He should be standing to your left, next to a security turret [#130]. Once this conversation has ended turn right and proceed towards a narrow passageway located near the stairs. Eventually you'll get to a much larger prison block that's being occupied by several other inmates. 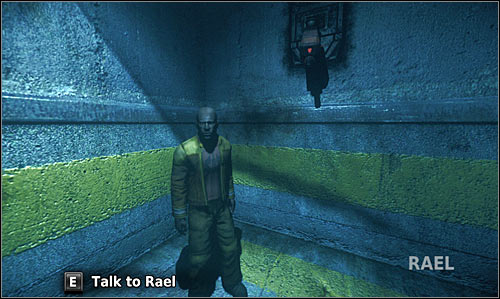 Start off by talking to Dogbone [#131]. He's the inmate mentioned to you by Rael. Dogbone will say that there are two ways to gain access to the mines. I'm sure that you plan on collecting all bonus items, so we'll cover both methods. The other person you need to talk to is Centurion. Choose the first dialogue option from the list and you'll find out about your first fight. Centurion will tell you that you must find someone to fight with on your own. 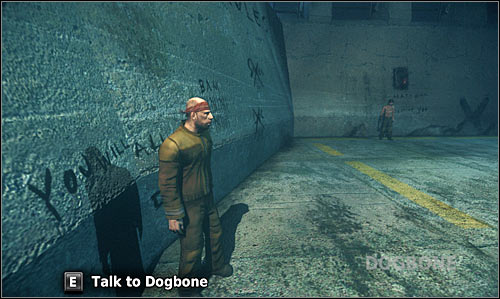 Continue exploring the surrounding area. A guard named Ropes will allow you to use a NanoMED station in exchange for 10 credits. Ignore his offer for now, however don't forget about this possibility, because you may need to heal your injuries later on. In order to arrange your first fight you must talk to Harman. He's standing next to a large gate [#132]. Harman will agree, so you can return with the good news to Centurion. 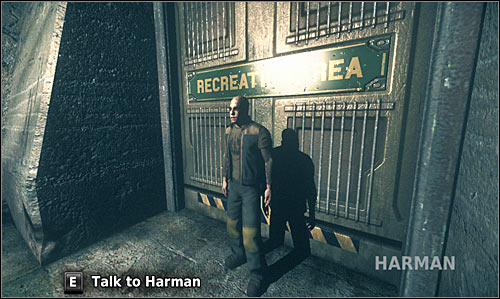 Make sure to familiarize yourself with rules of this right - it's extremely important not to step out of the ring. Thankfully Harman is a very weak opponent [#133], so you shouldn't lose any health points while trying to defeat him. Once he's gone talk to Centurion again and he'll arrange the next fight. Pay him 5 credits and you'll find out that your next opponent will be Bassim - he can be found in the Recreation Area. 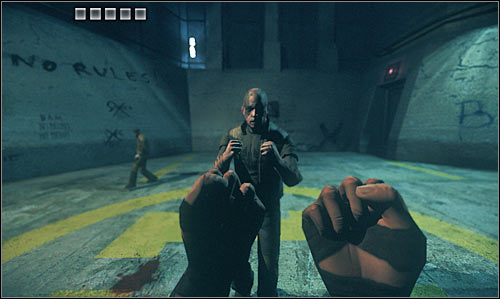 There's nothing more for you to do here, so you can proceed directly to a large gate leading to the Recreation Area [#134]. The only exception is if you've suffered injuries during your first duel. In such case talk to Ropes. I would recommend holding on with paying him until you've advanced to more advanced challenges. 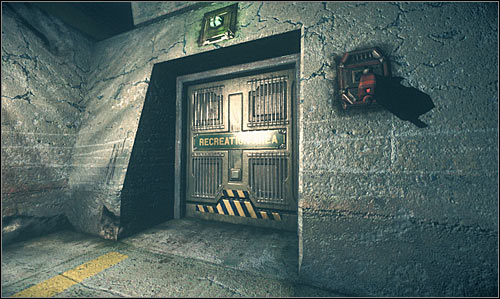