This level focuses only on a boss fight with Abbott. Don't even think about having a direct confrontation, because you would die quickly. I would recommend that you take cover behind the right wall [#126]. This means you won't even enter his apartment, because you'll be standing in the passageway. Don't worry - there aren't any bonus items inside. 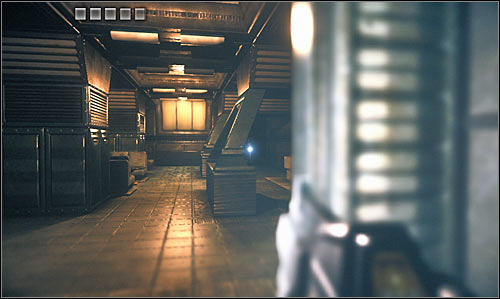 Start firing at Abbott. I wouldn't recommend crouching, because you would have more problems hitting him. Keep using the assault rifle and don't forget to zoom in the view. Hide behind the wall each time you've taken a few hits in order to regenerate. If you're lucky you won't lose a single health unit during the course of this duel. Defeating Abbott will trigger a series of cut-scenes [#127]. 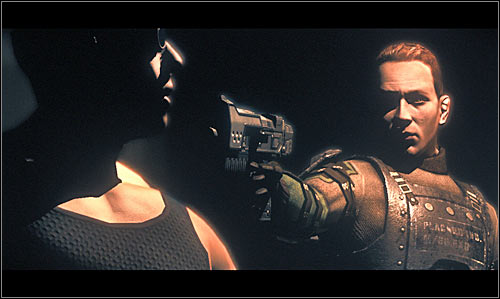