Thankfully you won't have to worry about encountering any new monsters for the time being. Follow your new ally and listen to his comments along the way. You'll soon get to a large elevator [#91]. Wait for the elevator to transport you to an upper level. Eventually you'll both end up standing inside Pope Joe's hideout. 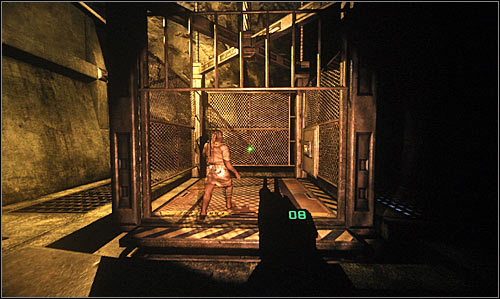 Talk to Joe. During the conversation you'll find out that you're going to have to do him a favor by finding his radio. Before you exit this room there are two activities you shouldn't ignore - heal Riddick using a nearby NanoMED station [#92] and pick up a dozen of flares from the basket. Thankfully if you haven't lost too much time during the course of the previous mission you will still be allowed to use a flashlight. 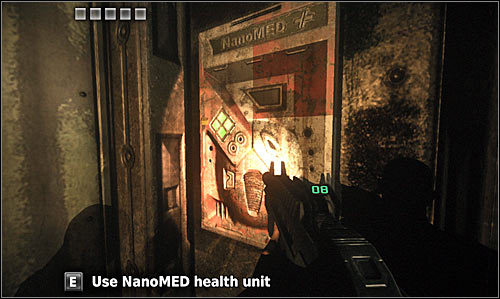 Go back to the elevator using the same route as Joe did. Once you've arrived at your destination use the control panel and wait for the elevator to take you back into the worst area of the sewers. Exit the elevator and go to your left. A passageway is located next to radioactive barrels [#93]. 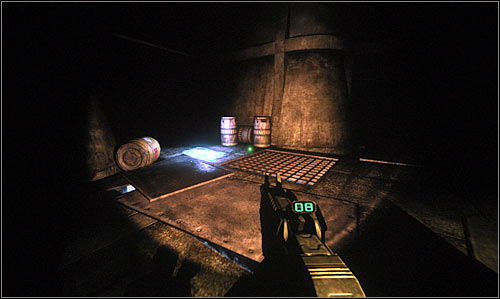 Choose the passageway located to your left and turn right TWICE. You should end up standing inside a long corridor. Proceed to the opposite end and carefully approach an opening located to your right. Monsters can be found in the next room. Deal with the first group by firing at the explosive barrels [#94]. Enter the room and kill the rest yourself. 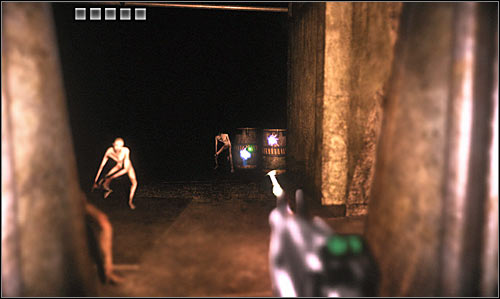 Make sure you're not surrounded by any other beasts and check a small alcove located to your right [#95]. A cartridge can be found here, as well as a cigarette pack (16 - Sarcophagus Interior). Turn around quickly in order to prevent new mutants from surprising you. Go back to the large room. 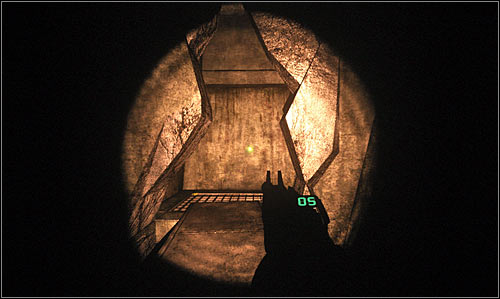 Turn right and proceed towards a small opening [#96]. Eventually you'll find yourself standing inside a small room and defeating new monsters. Joe's radio can be found on the ground, to your right (near some barrels). Take this item as quickly as possible, before more mutants show up. 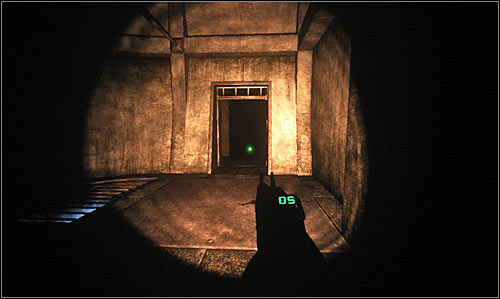 You'll now have to return to the elevator. Use the same passageways as before. It shouldn't be a problem. Prevent new mutants from inflict major injuries to Riddick. Once you've arrived at your destination use the control panel and proceed to Joe's hideout. Initiate a new conversation with Joe [#97] and you'll be rewarded with a cut-scene. 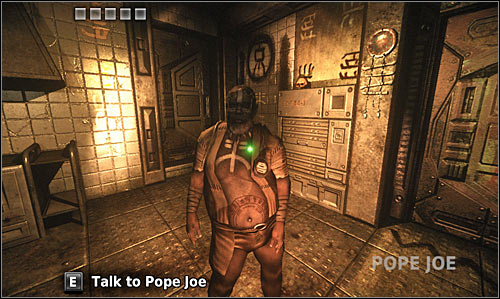