Keep going straight until you reach a wall. Turn right and eventually you'll get to a valve. Obviously you will have to interact with this object. Listen to a few short statements made by one of the guards. Once you've closed the valve turn around and find a NanoMED station on the left wall [#74]. 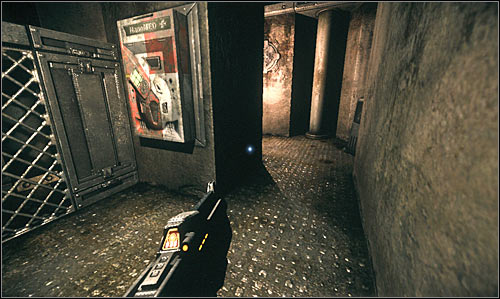 Proceed to the stairs. Approach one of the corners, make a stop and turn left. DON'T even think about heading towards the nearest corridor. Instead kill the first guard from here [#75]. His colleague should be standing to the right, but there's a good chance he'll die in a gunfight. Turn on your flashlight if you're having difficult locating enemy units, because you would have been spotted by the guards either way. 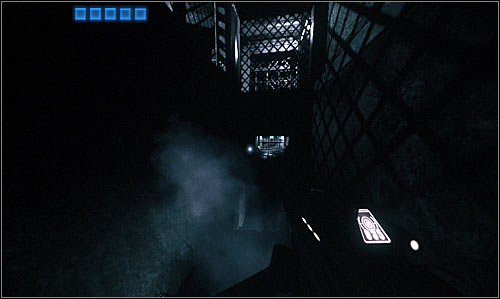 You'll now have to take part in a series of very difficult fights, including the destruction of a few security turrets. The first turret is located directly in front of you and you must destroy it while still occupying the stairs [#76]. Don't get too close or the turret will kill you almost instantly, without giving you chance of retreating. 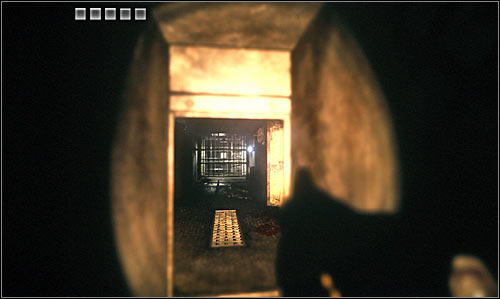 Use the stairs to get down to a lower level and approach a new corner. Lean out to your left and destroy a second turret located to your right [#77]. You must perform this activity before your cover is blown. Once this is done inspect the area where you've killed a guard (or two) and pick up ammunition. 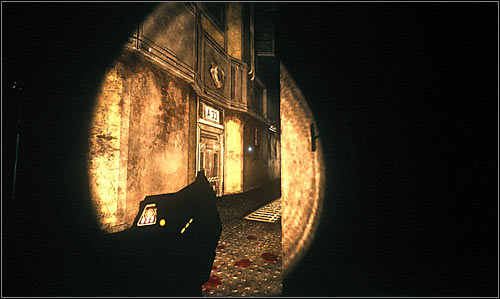 Approach the corridor where you've disabled the second turret. Lean out once again, however this time you'll have to destroy a turret from a much larger distance. You'll find it at the opposite end of this corridor [#78]. Start moving forward (slowly!) and make sure that a shotgun is your current weapon of choice. Eliminate a single guard when he arrives in this area. 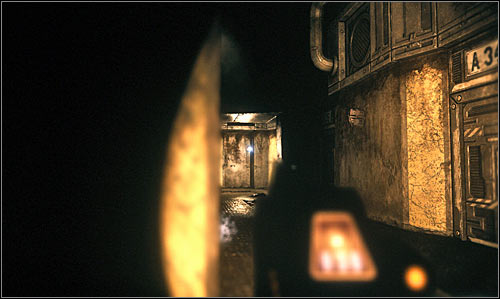 Take cover in a small dark area to your right [#79]. You should be able to kill one of the guards from here without being noticed. Make a few steps forward and turn right. You'll find one more security turret on a nearby wall. Destroy this object before moving on. 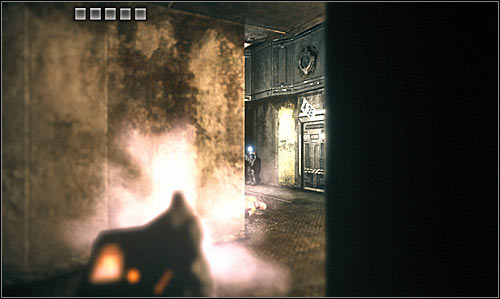 Be careful, because an additional guard may appear in your vicinity. Kill him before he's able to fight back. Keep going straight until you get to a narrow passageway which you've used during your first stay in the prison block. A second guard is hiding here [#80]. Lean out and take him out with a headshot. 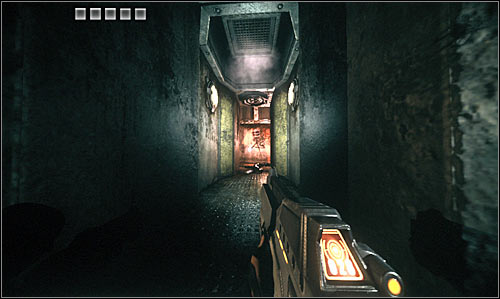 Keep moving forward, BUT watch out for the final turret which will be located to your right [#81]. Don't even think about approaching the closed gate unless you took out the turret. Listen to a short statement made by Riddick, after which begin retreating to some of the previously explored corridors. You should be able to find a cartridge along the way. 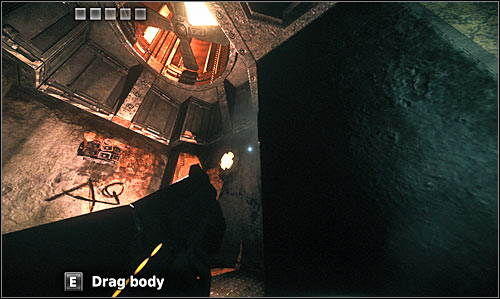 I guess you won't be surprised to hear that some of the nearby corridors are going to be occupied by new guards and due to the fact that it's dark here you'll have some problems locating them [#82]. Try maintaining a large distance. One of the new guards should be waiting for you near the stairs you've used not along go. In addition to that - watch out for a grenade being thrown at you. 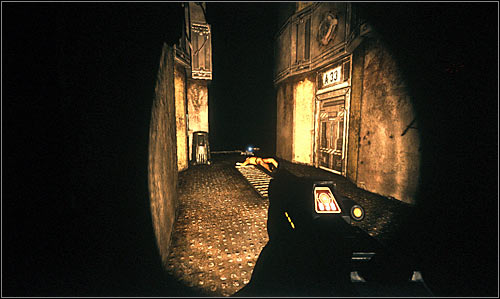 Turn off your flashlight once you're close enough to a large gate where you've disabled the first guard. His colleague should arrive in this area very soon [#83]. Kill him with a single shot to his head. Afterwards approach his body and find a radio. Riddick will automatically pick it up and broadcast a short transmission. You may start going back to the closed gate located next to the last destroyed turret. 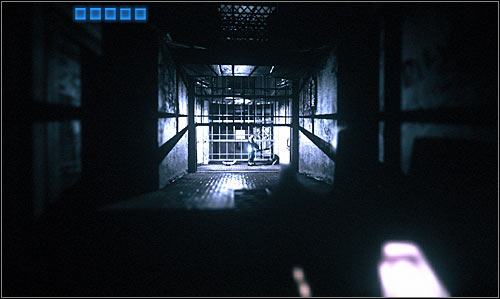 You'll have to take out one more guard on your way to the gate. He will appear in the middle of the second corridor [#84]. Once he's gone head towards the narrow passageway and go through the opened gate. Proceed forward to end this level. 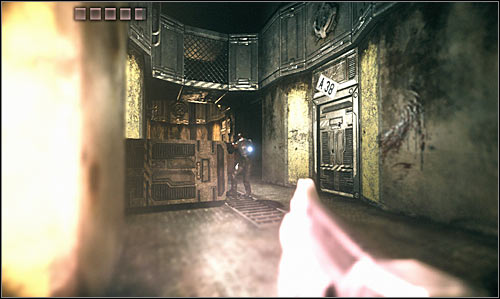