You can spend a second or two looking through Riddick's diary if you want to. You'll find information here about your current quests here, as well as about collected items (including bonus objects like cigarette packs). Wait for Riddick's cell to open and head to the main corridor. Talk to Barber here [#21] and you'll find out that Mattsson wants to talk to you. 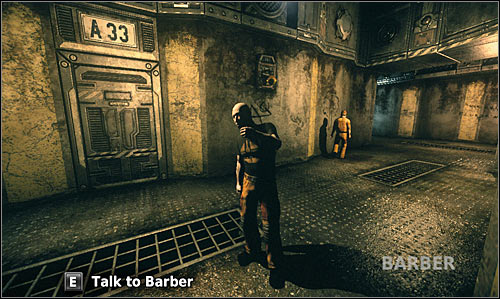 Before you go to talk to Mattsson, explore the corridor to your left. Ignore a prison guard by the large gate, as well as other inmates, because you won't have to initiate any conversations with them. The only person you'll want to talk to is covered in bandages - it's Shabby. He'll ask you to kill Molina for him, because apparently he has a grudge with him. Choose the last dialogue option from the list [#22] to agree to his proposal. 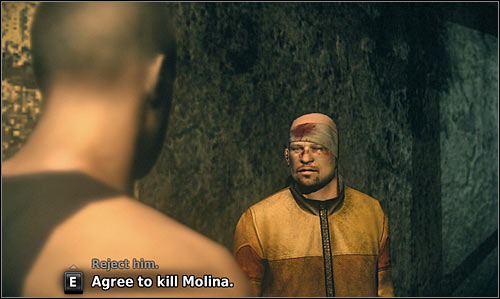 Go back to the area where Barber was standing and start moving forward. Turn left and enter the first cell to your left (A37) [#23]. Listen to an interesting conversation between Girsh and Waman. Afterwards talk to Waman. He'll also ask you to kill Molina for him. Agree to this proposal, exit the cell and go to your left. 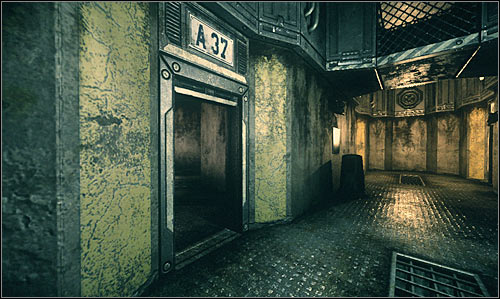 Walk through a narrow corridor and ignore two inmates you encounter along the way. You'll soon end up standing inside a much bigger prison courtyard [#24]. Charlie Green is lying on the ground, but you may as well ignore him. Start off by talking to Mattsson. He's the man that was mentioned to you by Barber. You'll find out that Mattsson has left a gift for you in his cell. 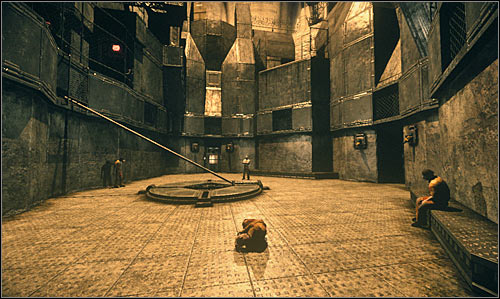 There are also two other inmates here and you should talk to them. Red and Haley will both ask you to kill Rust for them. There aren't any other activities here at the moment, so go back to the narrow corridor. Once you've gone past it turn right and proceed to the nearest cell (A40) [#25]. 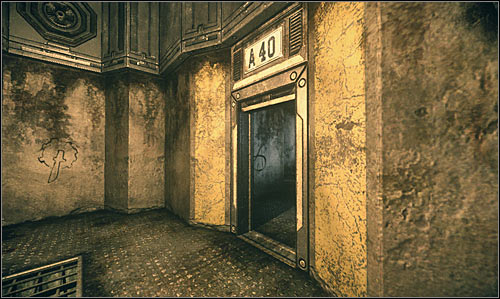 Once you're inside the cell you won't find the blade promised to you by Mattsson (what a surprise ;-)). Instead you're going to be attacked by two goons [#26]. Try fighting one of them at a time and prevent them form surprising you from the back, so you won't sustain any major injuries. Make sure to use all kinds of attacks, not just the standard ones. Once both inmates are dead exit this cell and return to the courtyard. 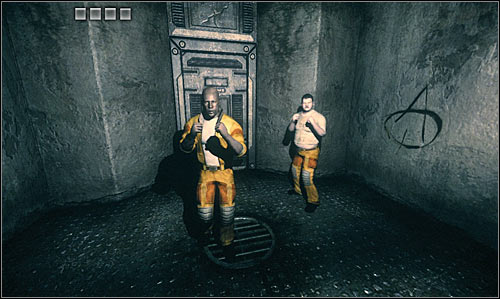 Approach Mattsson and you should automatically initiate a new conversation with him. The inmate will apologize to you for trying to kill you. This time Mattsson will promise that the blade will be delivered to your cell. There's nothing more for you to do here, so return to the cell where you've started the game [#27]. Watch a new cut-scene. 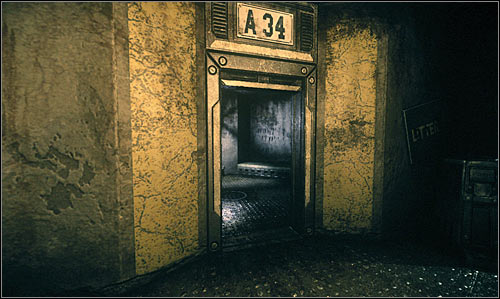 Once you've regained control over Riddick, make a few steps forward and talk to Barber again. You'll find out that Rust is waiting for you in the Aquila Territory and that you'll need a blade in order to defeat him. Go to your right. Notice that cell A38 is now open [#28]. Enter the cell. 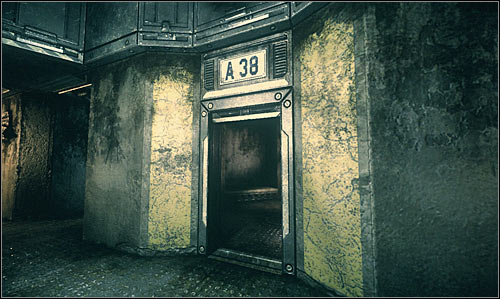 You should be able to find Molina here. Maybe you still remember that he's the guy two other inmates want to see dead. This is going to be a slightly more difficult duel, mostly because Molina will be using a knuckleduster [#29]. Make sure to take this weapon away from him once he's dead. Exit the cell, proceed left and to the opposite end of the corridor. Talk to Shabby again and he'll reward with a passcode for defeating Molina. You'll be able to use the code while you're in the Infirmary. Go back to the area where you've fought Molina and inspect the other cell. Talk to Waman and he'll give you a cigarette pack (25 - Large Alien). 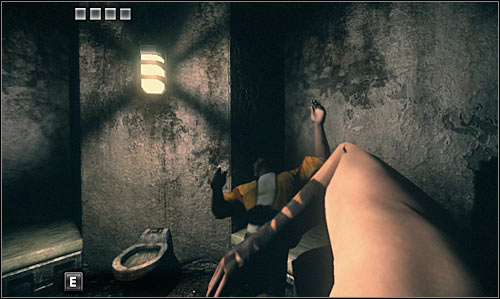 You may exit Waman's cell. Go to your left and once again use the narrow passageway to get to the courtyard. Notice that a new passageway located in front of you is now accessible [#30]. Go there and wait for the game to load a new map. 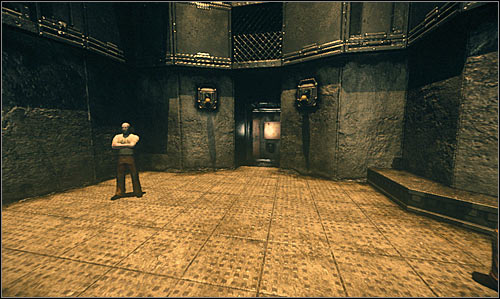