Approach the end of both containers, but make sure you're still in the dark. There should be a large ramp directly in front of you. I would strongly recommend that you wait for the mech to leave this area before moving on. Zoom in the view and fire at a human opponent. He will appear inside the large structure [#230]. 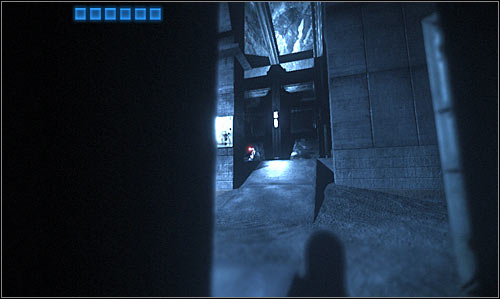 Obviously you must start running towards the ramp. Remember that you have only a few seconds before the guard wakes up, however you can keep stunning him with your gun [#231]. Finish him off. As for his body, you can drag it somewhere where it's dark or dump it in a machine. Lean out and see if the mech isn't heading in your direction. If it is - wait for it to turn around. It can take up to a minute, so be patient. 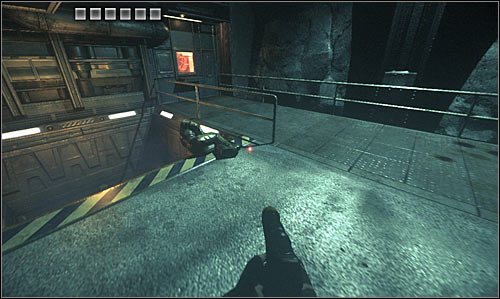 Before you focus on completing your main objective you should spend some time trying to get to a bonus item. Stand in front of the ramp. Turn left and you should notice a narrow passageway to the left of the containers [#232]. Go there now and you'll soon find yourself standing in the dark. Explore this area and eventually you'll gain possession of a new cigarette pack (41 - Med Station). 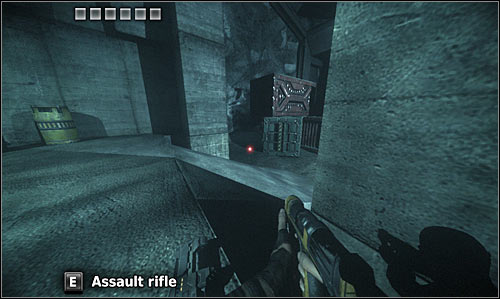 Return to the narrow passageway. Once again - you must wait for the mechanical opponent to turn around before you decide to enter the building using the ramp. Once inside go to your right and eventually you should be able to get to a smaller door [#233]. Destroy the lamp before going inside. 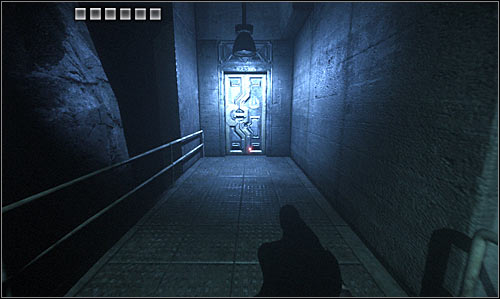 Open the door, however don't enter the new corridor. Remain in the passageway and destroy two lamps from here. Start moving slowly and get ready to get rid of two enemy soldiers. Obviously in both cases you should use a tranquilizer gun [#234]. Be careful - the second guard may decide to use the flashlight, so you'll have to get rid of him before he notices you. Make sure that both guards have been killed. 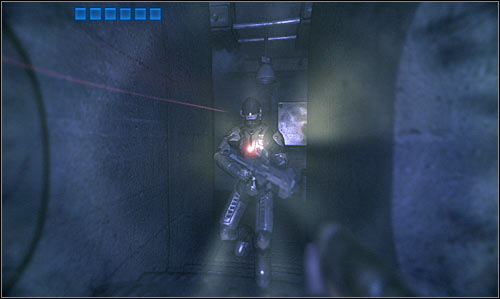 You can now use a nearby NanoMED health station if you've suffered some injuries while trying to get here. There's a door nearby [#235] and you must use the passcode provided to you by Jagger to open it. I have to warn you - there's a gas leak inside, so you'll have to be moving quickly if you want to keep Riddick alive. 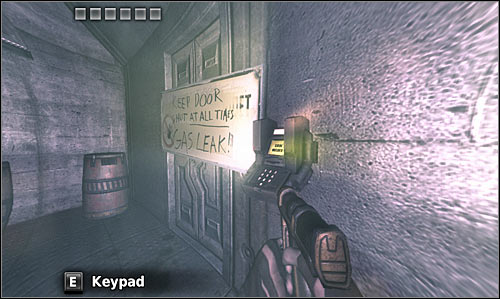 Notice that the door hasn't opened entirely, so as a result you'll have to be crouching to get inside. Stand up quickly and jump on top of a nearby crate [#236]. Press the crouch key again to get to a new room. Go to your left and head through a small opening in the wall. Run forward and it shouldn't take you too long to find the package (it's next to a body). Go back to the corridor before Riddick dies. 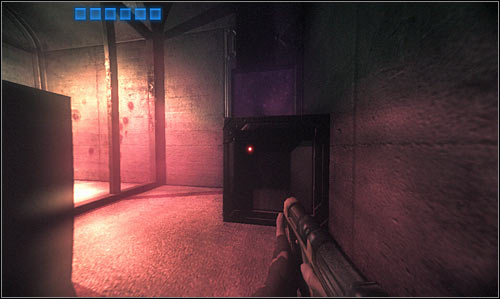 As you've probably suspected, you'll have to return with the package to Jagger. It's not going to be easy, however you don't have to spend so much time trying to avoid the mech. Just keep running and don't get too close to the machine. Once you've left the building take cover behind the containers [#237] and eventually you'll get to your colleague. Just as before, ignore other inmates along the way. 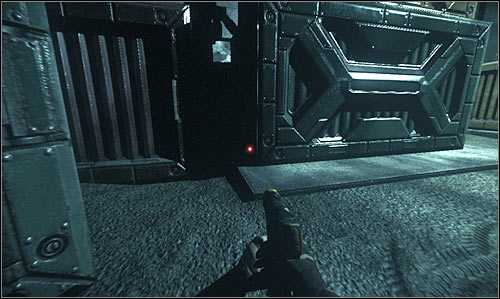 Talk to Jagger when you get to him and listen to his new plan. Once again you'll receive a passcode, however this one can start the elevator. You'll now have to return to the first area of this map, where you first saw the mech and killed the technician. Don't forget to catch the sufficient number of moths before leaving this sector. Once you've arrived go to a large elevator [#238] and press the button. 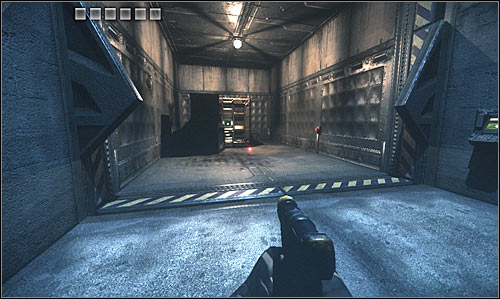