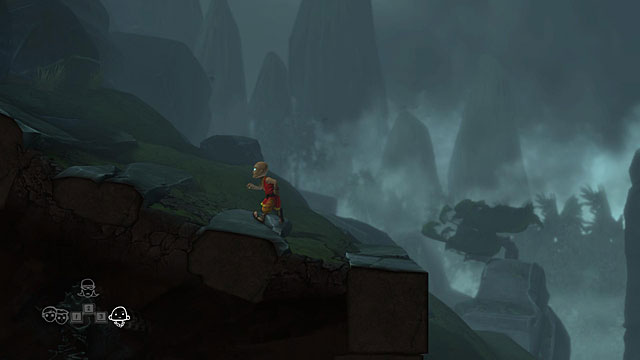 Run to the left to the very top. 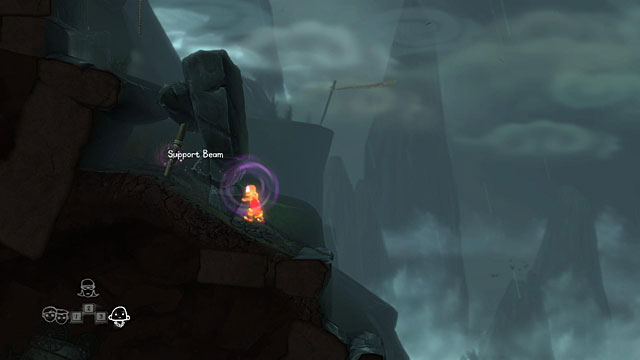 Use the monk's special skill on the Support Beam holding the large rock and you will be able to move further to the left. 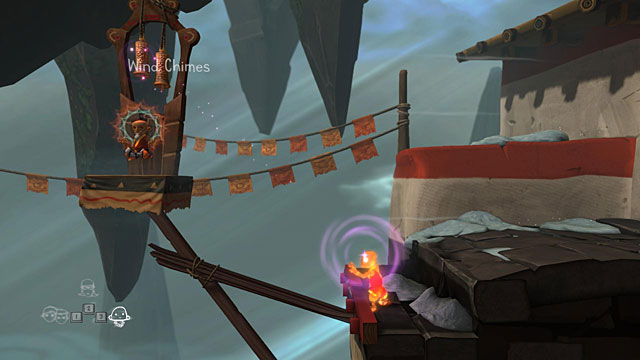 Use your skill on the Wind Chimes above the master to end his meditation. 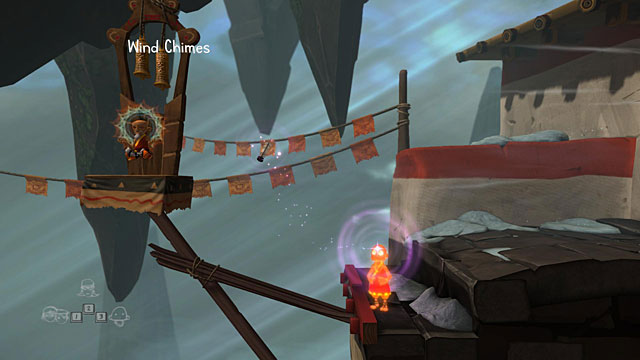 He will throw out a Feather. Use your skill to grab it. 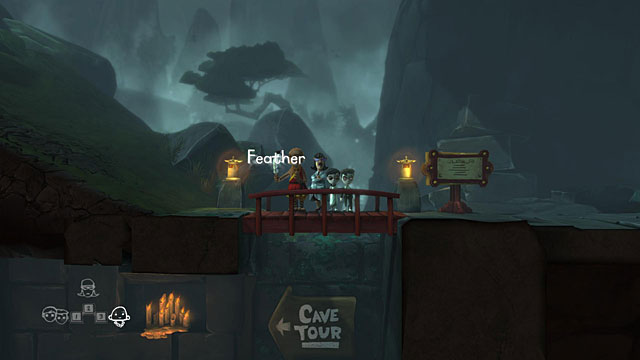 Go back from the hill, stand with all three characters on the bridge and start jumping. The bridge will crumble. 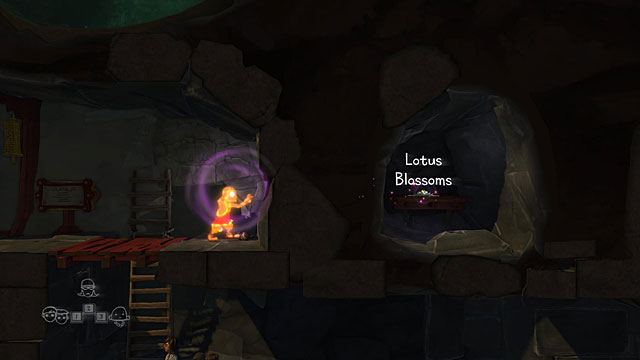 Follow the corridor to the left and climb the ladder. Use your skill on the Lotus Blossoms behind the wall. 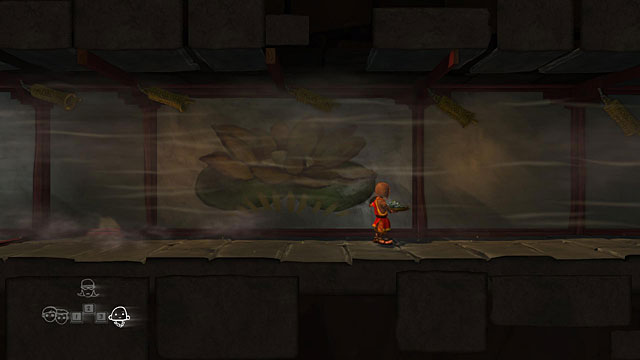 Hold onto the flower and very slowly and carefully head to the left (keep shift pressed in the PC version). When wind start blowing, turn your back onto it. That way the wind won't blow away the flower. 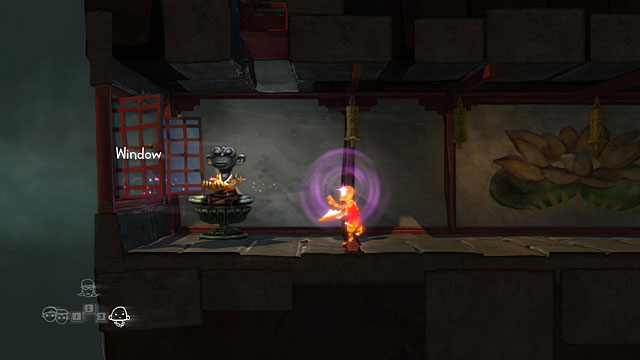 After reaching an open Window, use the monk's skill on it. Afterwards place the flower in the hands of the Blossom Pedestal. That way you will open a passage above, so climb the ladder. 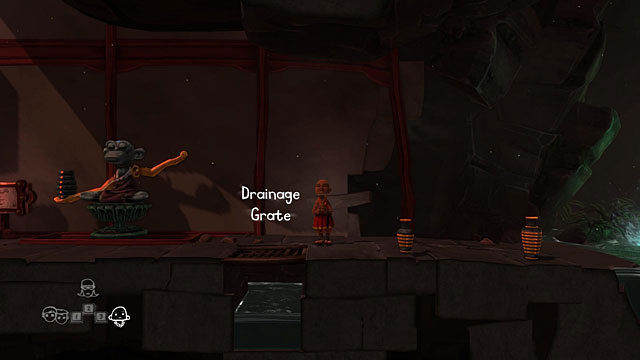 You will have to use two jars (4 and 7 gallons) and pour water between them so that one of them has exactly 6 gallons inside. In order to gather water, jump into the Pool of Water with a pot. In order to get rid of the water, pour it out to the Drainage Grate. 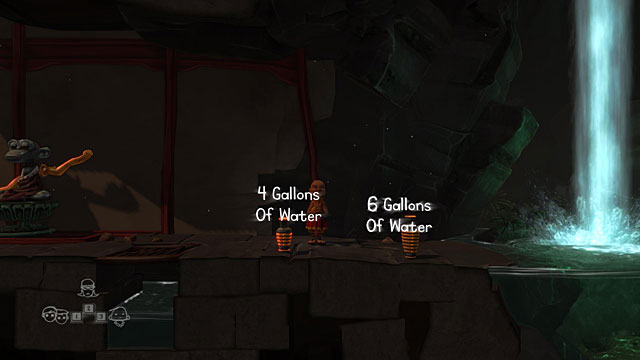 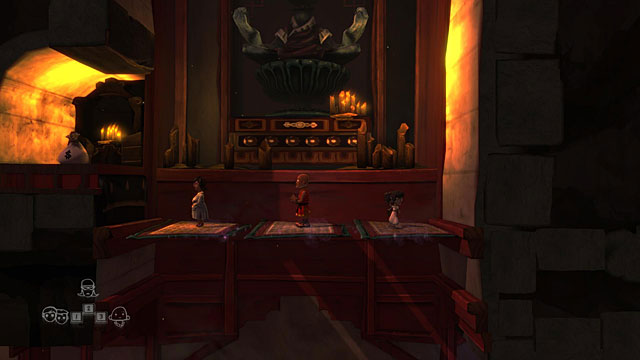 Place your character so that each one stands on a different carpet and they should all fly up. If you don't move any of your character throughout the whole track, you should safely reach the upper level. Climb up using the rope. 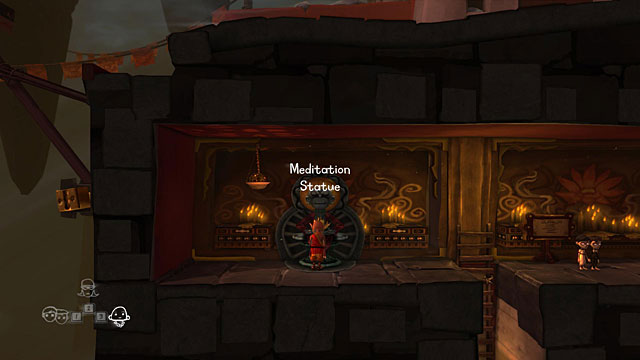 Approach the Meditation Statue and use it. The camera will start moving away. On the left side of the screen you, behind a wall, you will see a Support Bolt. 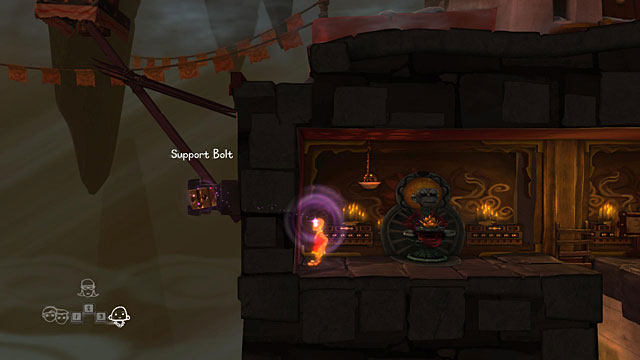 Stop meditating and use the monk's special skill on the bolt five times until it falls down from the construction. 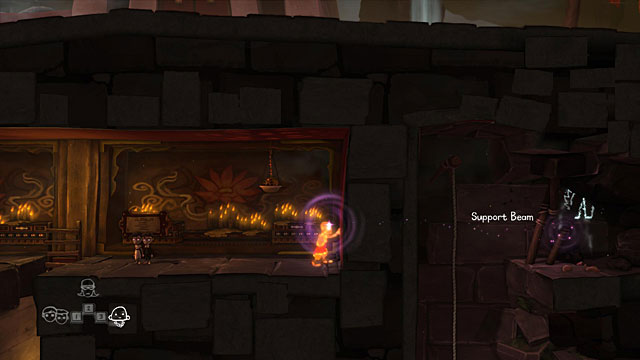 Head to the right side of the chamber. Behind the wall you will find Support Beams. Keep using the monk's special skill on the until they get destroyed. 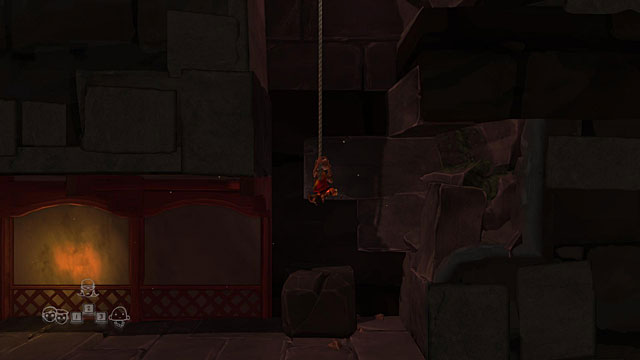 Go lower and push the stone block to the right so that you can jump to the rope. Climb it and run left to the master. 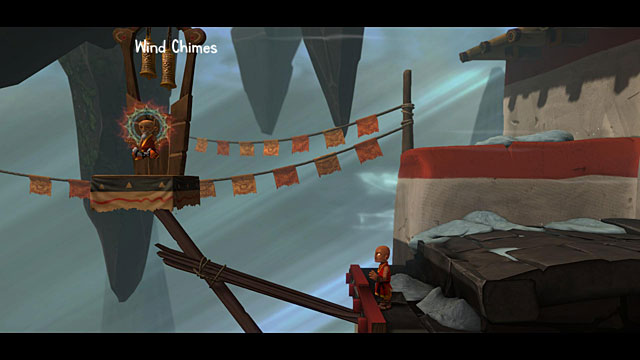 Once again use the monk's special skill on the bells to disturb his meditation. 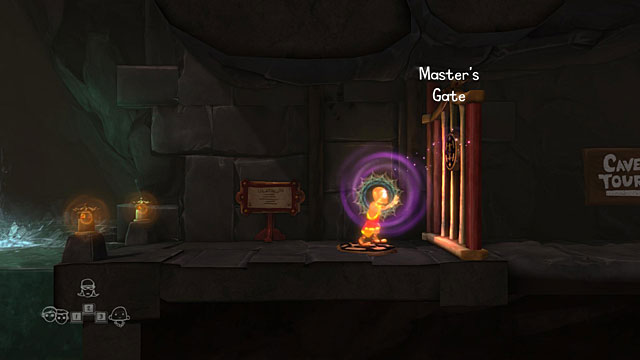 After he falls down into the pit, run to the right and go off the mountain. Stand by the Master's Gate and use the monk's special skill to open them.