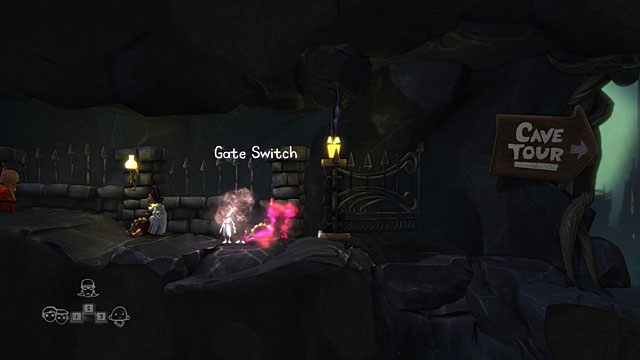 In front of the gate there are three Gate Switches. Have two characters pull the ones on the left and have the twins pull the one closest to the gate. When the gate opens, don't let go of the lever and use the twins' special skill. Jump with them over the pit to the other side. 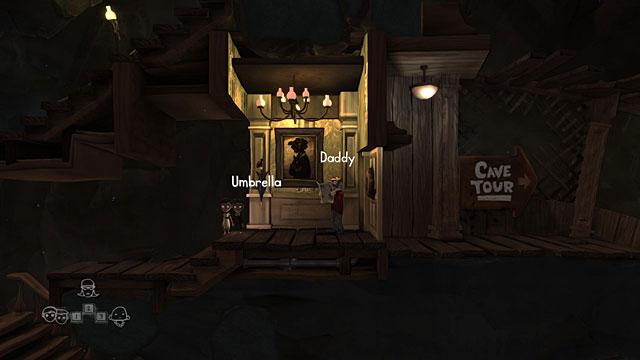 Jump between the platforms, enter the house and run to its right side where you will find a blocked passage and Daddy who's reading a newspaper. Take the Umbrella from the hook on the wall. 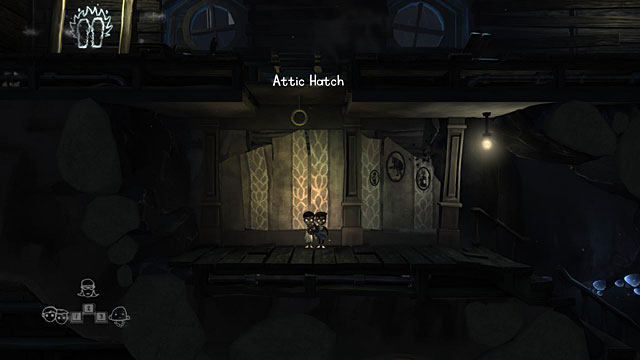 Run to the top floor to where the Attic Hatch is. Use the umbrella on the hatch and enter the attic. 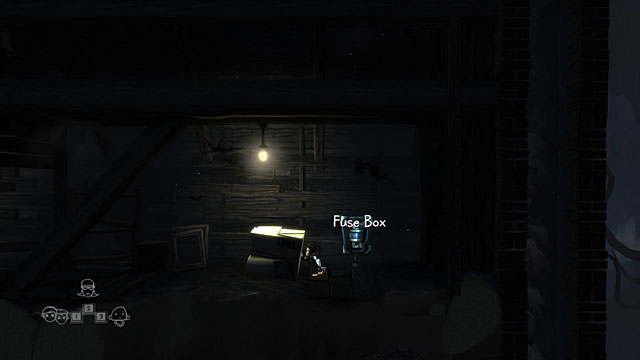 On the right side of the attic you will find a cardboard box. Push it to the left and take the Fuse Box from the wall. Now push the box maximally to the left, to the board blocking the floor. 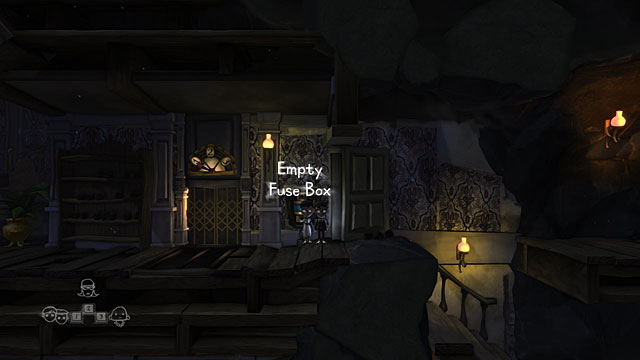 Head a bit lower and put the fuse into the Fuse Box found beside the elevator. 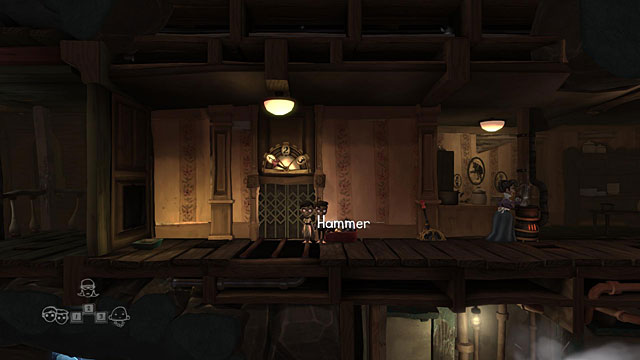 In the kitchen beside the elevator you will find a Hammer. Take it and head to the attic to fasten the Loose Floorboard to the floor. Afterwards you have to drop down the cardboard box beside. 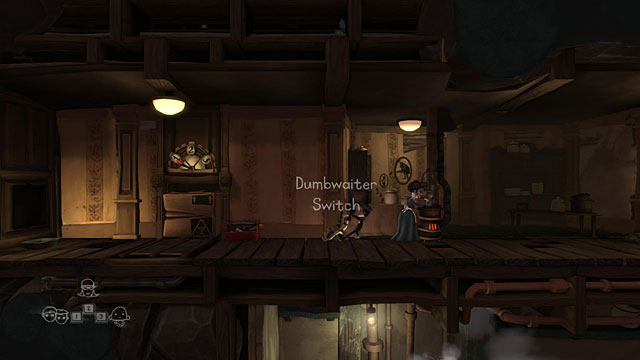 Now you have to push the box to almost the very bottom of the house, to the kitchen. Afterwards, place it on the platform beside the elevator and pull the Dumbwaiter Switch twice until the box reached the third floor. 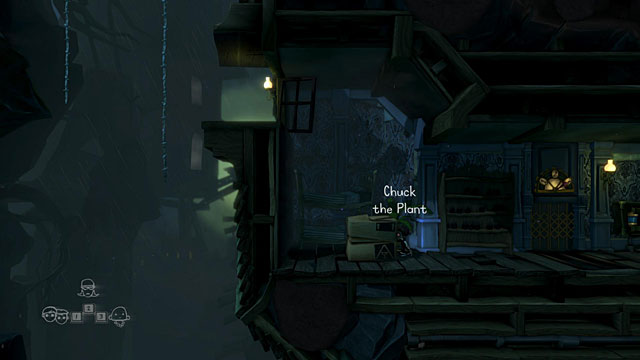 Run to the elevator on the third floor and push the cardboard box to the wall on the left. You will be now able to use the rope to reach the roof of the house. However before you do that... 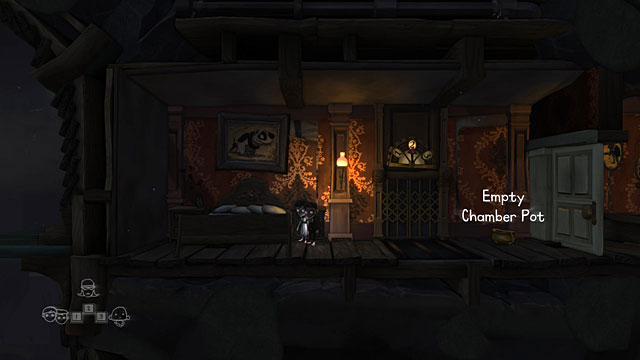 ...run back to the elevator on the first floor, grab the switch, use the twins' special skill and get onto the elevator platform with them. If you do everything correctly, you should reach the locked room of your parents. Jump a few times on the bed to earn an achievement. Take the Empty Chamber Pot and head down to the bathroom below (it can be accessed using the ladder from the kitchen). 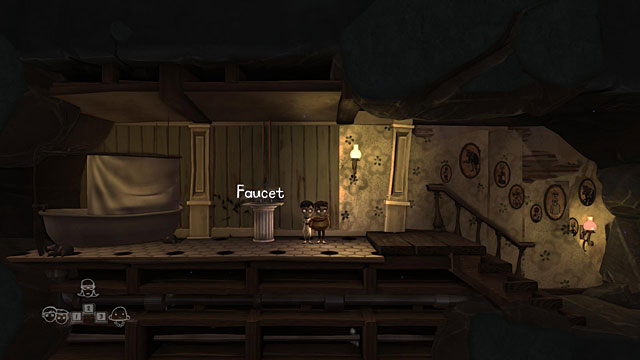 Fill up the chamber pot with water using the Faucet and run up to where you left the cardboard box by the wall. You can also get there using the elevator to save time. 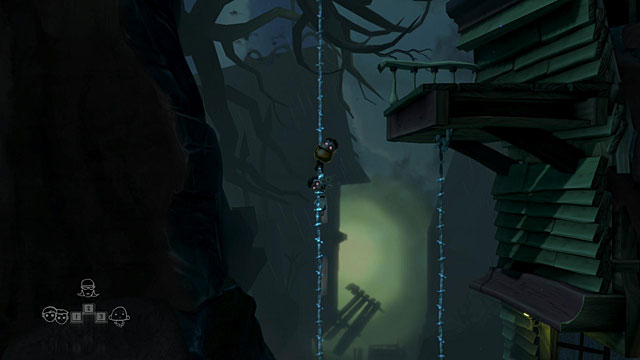 Go up to the roof along the hanging ropes. 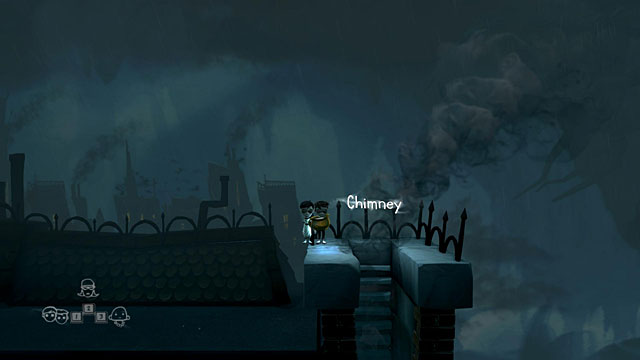 Head to the right side of the roof and pour water from the chamber pot into the Chimney. Go down the chimney. 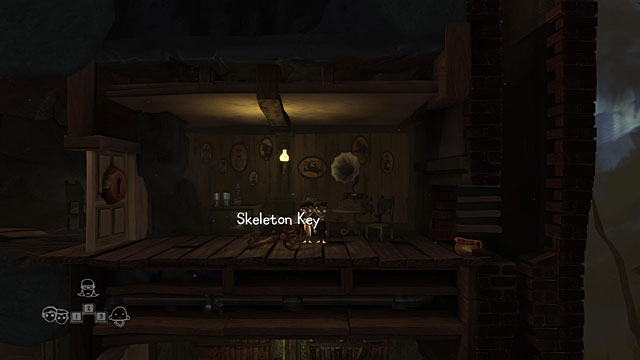 Take the Skeleton Key and use it to open the Study Door. 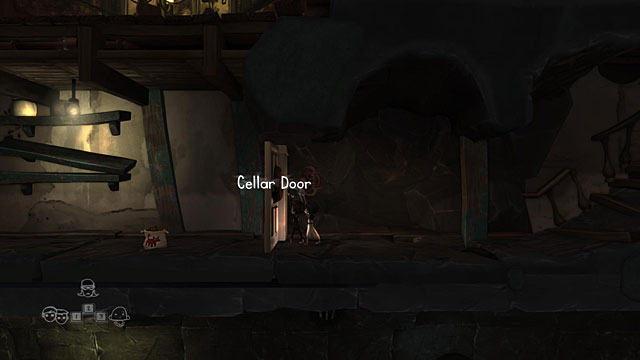 Head down the house to the cellar. Open the Cellar Door using the key and take the Dog Food. 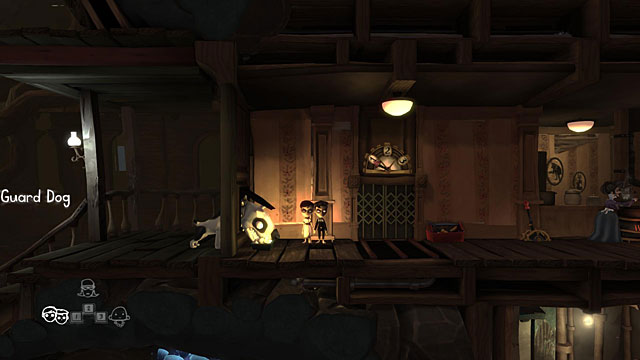 Return to the kitchen and pout the food into the Empty Dog Bowl by the door. 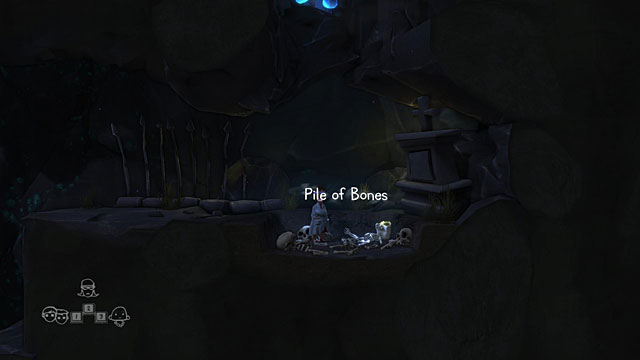 Now switch to another character, head a bit to the left of the gate and afterwards below and to the right. You will come across a Pile of Bones. Take one bone out of it, head left and jump below the stairs. 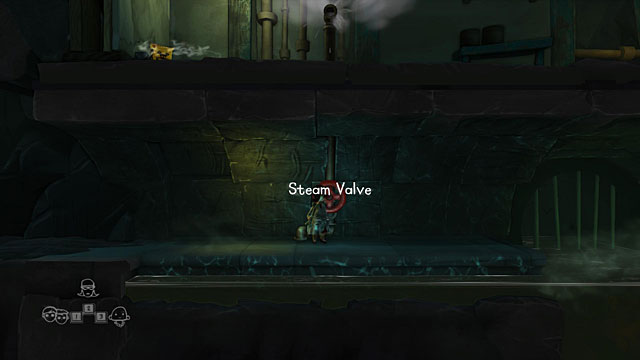 You will reach a Steam Valve found below the cellar. Turn it. 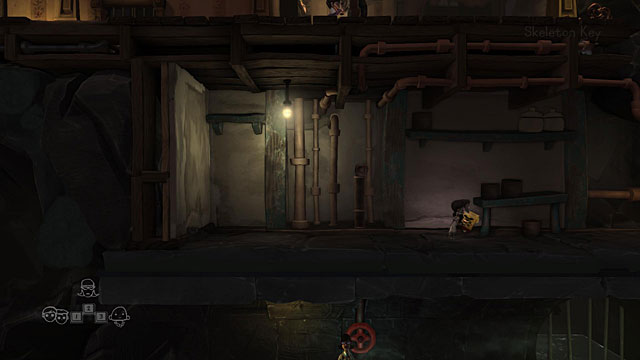 Switch to the twins and head to the cellar once again. Take the Rat Poison. 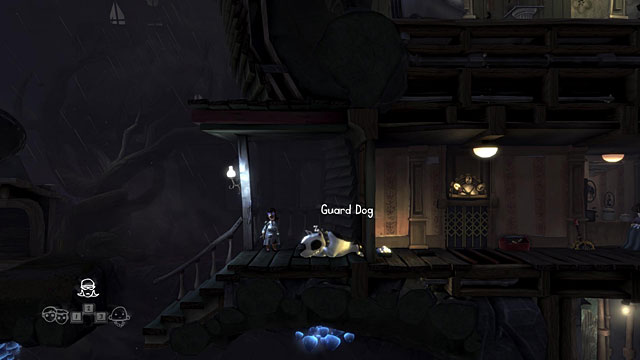 Return to the character with the bone and approach the Guard Dog lying on the porch of the house. Treat him with the bone. 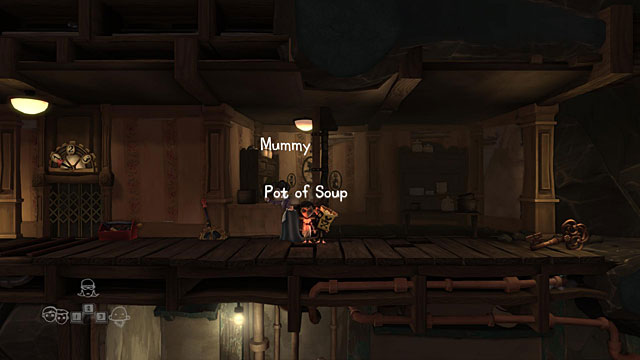 Quickly switch to the twins and when the mother turns her back on the kitchen, pour the poison into the Pot of Soup. Green smoke in the shape of a skull should start coming out of the pot. 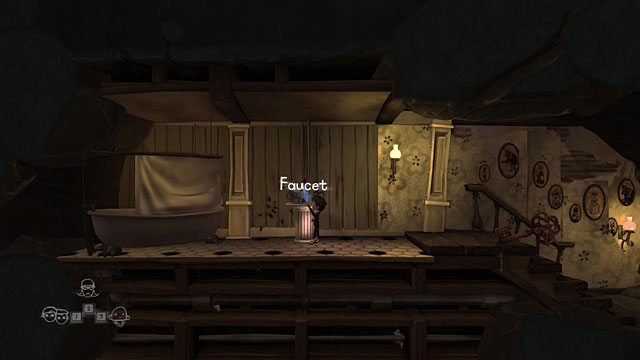 Head to the bathroom and turn off the Faucet. In the mean time the rest of the family should get poisoned with the soup. 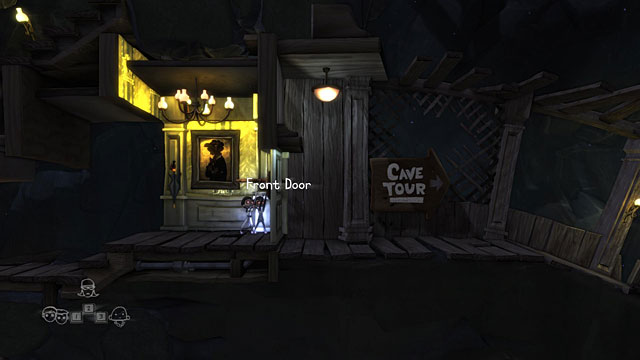 Take the Skeleton Key and head to the Front Door which was previously blocked by the father. Open it with the key. 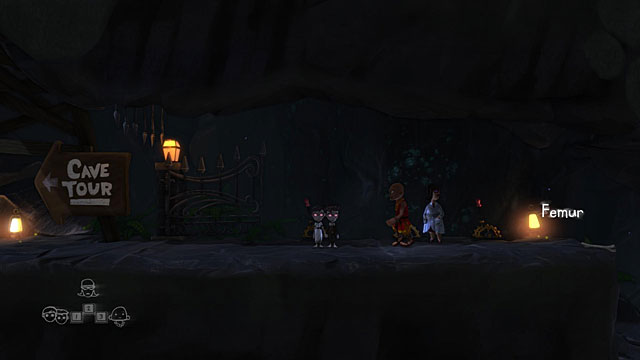 Head out of the house, go down and to the left following the long corridor. You should reach the gates of the manor by which there are three Gate Switches. Switch all of them with three characters and the gate will open.