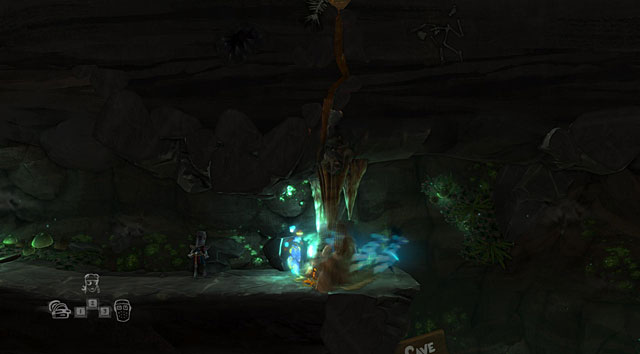 When you come across a group of stalactites and stalagmites, use the time traveler's special skill to "phase" to the other side. 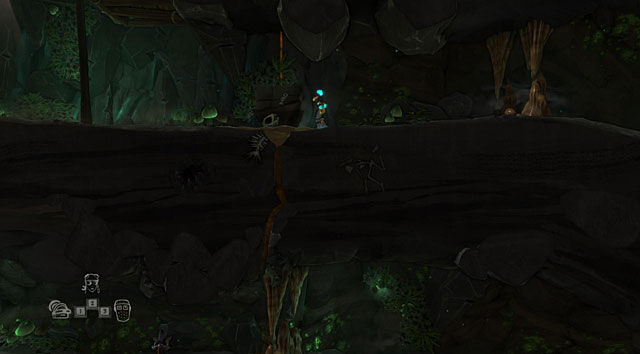 Go right. Behind the Time Machine you will find a ladder leading up. Climb it and afterwards move to the left. Your path will be once again blocked by stalactites and stalagmites. Phase through them to the other side. Eventually you should come across a large stone. Move it to the right, jump onto it and afterwards onto the platform above. Take the fuse from the Fuse Box and jump below. Drop down the Fuse for a moment and push the large stone into the pond on the right so it blocks the water dripping from the ceiling. 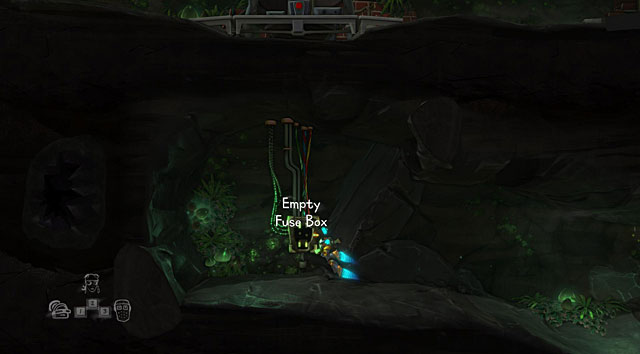 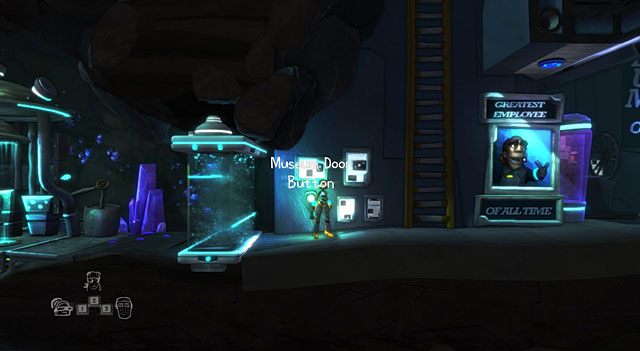 Use the time machine and you will be taken to the future. Head right, "phase" through the blue barrier and switch it off by using the Museum Door Button on the wall. 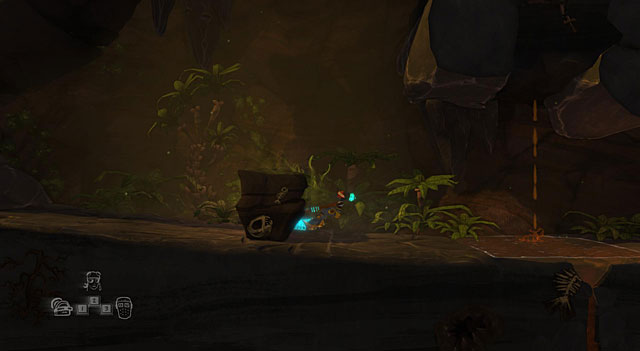 Return to the time machine and go back to the past. Head to the upper level of the complex, to the same place where you here pushing a large stone in the present times to block water dripping from the ceiling. Push it just like the first time. Thanks to that the stalactites and stalagmites won't be created and the other characters will be able to enter the museum complex. 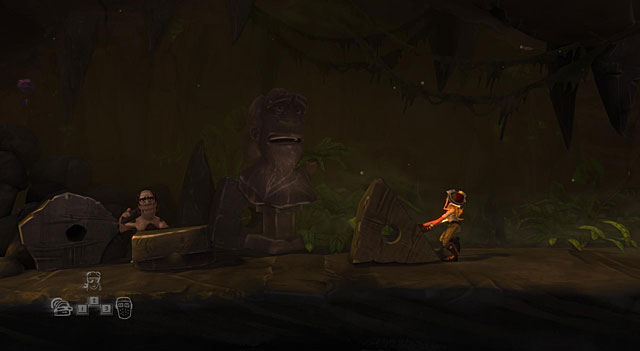 Switch to the two other characters and move them to the right. Use one of them to enter the time machine and move to the past. Head to the right and below, afterwards left above the place where the dinosaur is and further to where a man is carving stones. Move the triangular stone to the edge of the hole on the right and switch back to the time traveler. 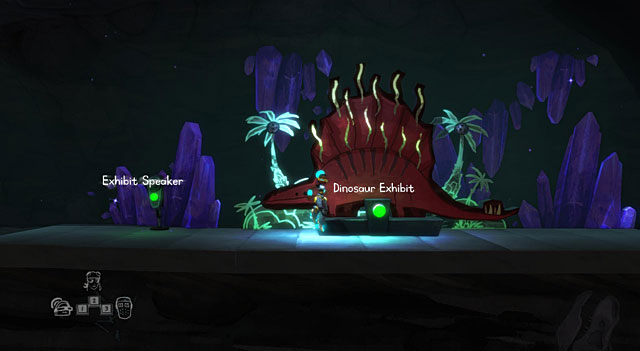 Move to the future with the traveler, head to the right and to the lower part of the complex. There you will find a dinosaur model. Press the Dinosaur Exhibit and the traveler will be sprayed with dinosaur pheromones. If you spray it on all three characters, you will receive an achievement. 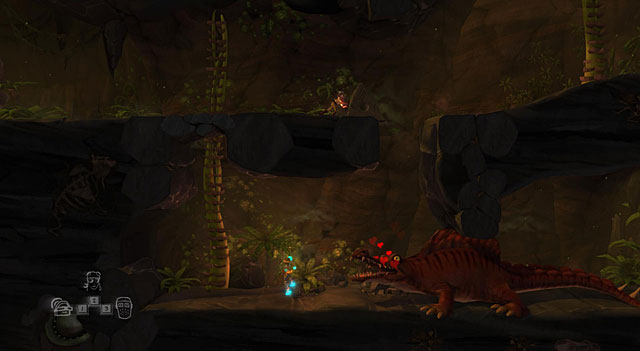 Move to the past with the traveler with the time machine and head down to the place where the live dinosaur is. Lure it to the left thanks to your scent. When it reaches the hole above, switch to the second character and push down the triangular rock onto it. 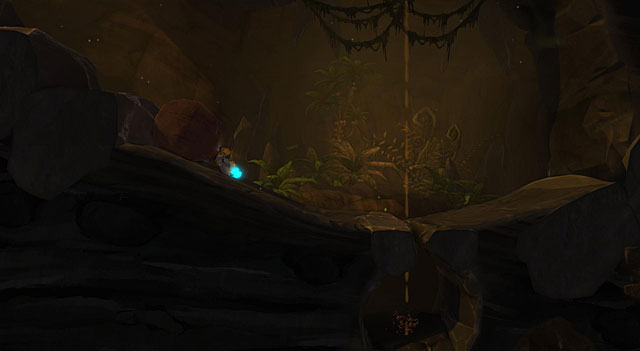 Now you will have to move to a different time with each of the characters. In the future, in the right part of the level there's a part of the museum missing one of the exhibits in the form of a bucket helm. Stand with one of the characters here. The second one should be standing in the same place in the present times and the third in the past. Use the one in the past to push the rocks so that the water drops into the hole. Move the rock left and while still pushing, switch to the character in the present time. 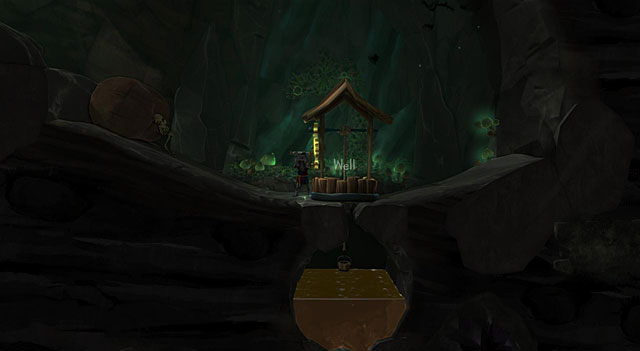 It turns out that by moving away the rock you have created a Well. Use the crank and switch to the character in the future while not letting go. 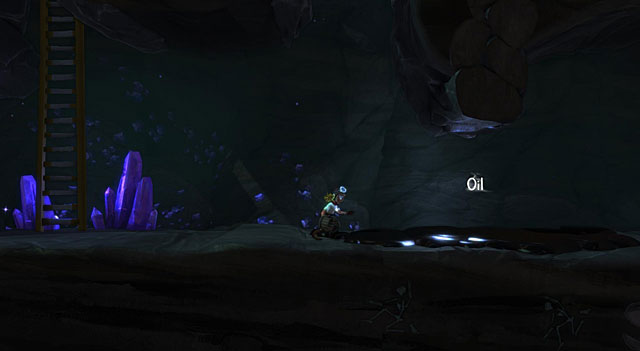 Use the character in the future to take the Bucket from the pedestal below the painting. Head to where the dinosaur died and gather Oil into the bucket. 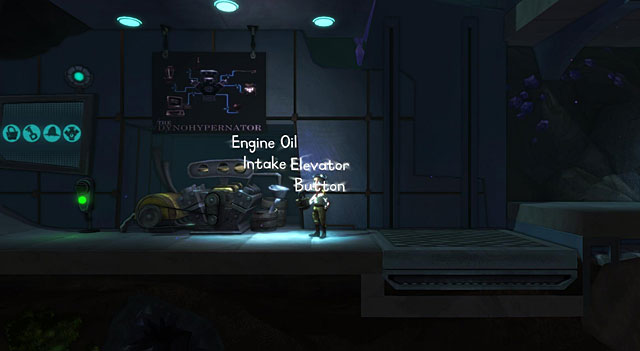 Move to the future with this character and pot the oil into the Engine Oil Intake to the right of the reception. Head onto the elevator platform and press the Elevator Button on the left. 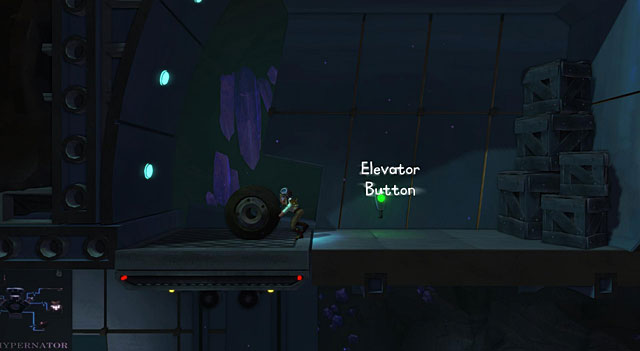 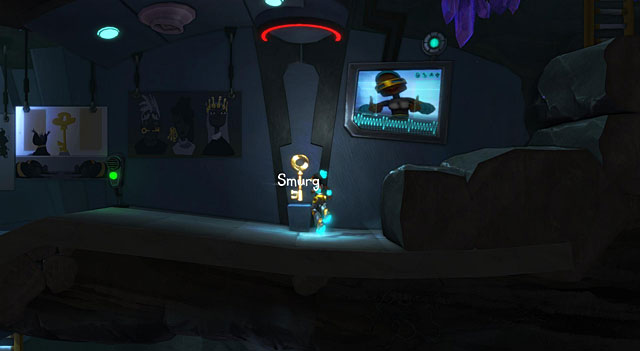 Now switch to the character in the future and pick up the Smurg which you have passed by on your way to the dinosaur model. Move to the present times and use it to open the Locked Door to the left of the time machine. Afterwards open another one and yet another after crossing the long corridor to the left.