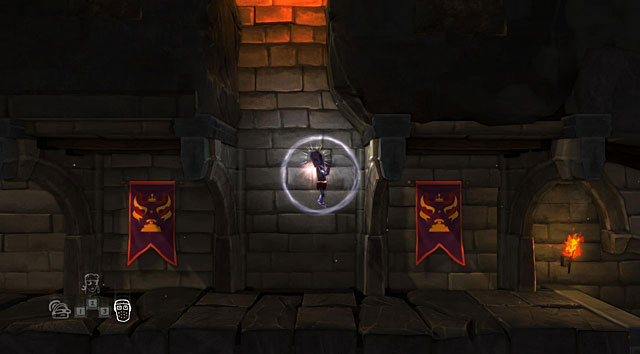 Use the knight's special ability and jump into the fire pit. Cross the corridor to the left and listen to the king. In order to pull the sword out of the rock, the knight must first obtain the love of the king's daughter and receive a certain amulet from her. 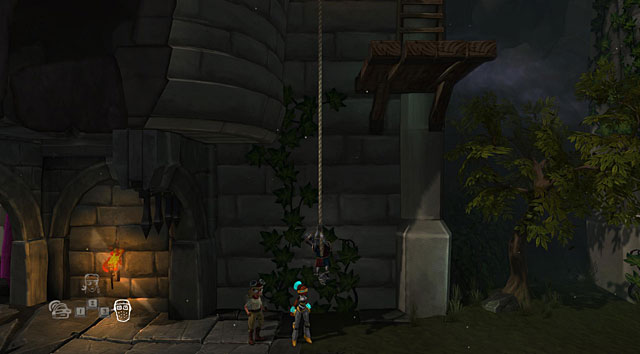 Keep running right behind the gate which will automatically open before the knight. Jump onto the rope and keep going up. 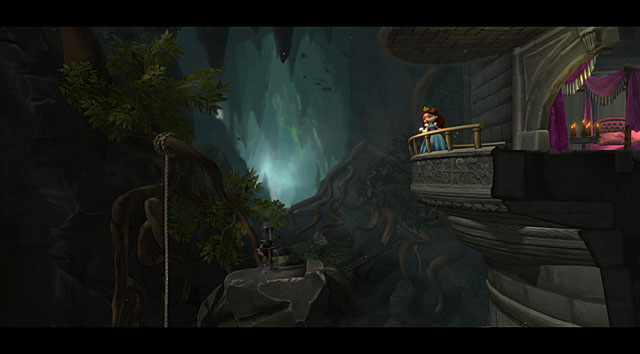 Listen to the king's daughter to learn that in return for the amulet she wants you to obtain a treasure guarded by the dragon. Jump to the very bottom and head to the right. The previously locked passage will automatically open. 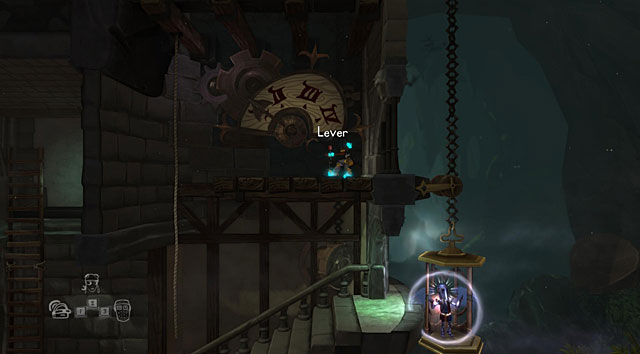 In order to reach the dragon, you will need a key. Head to the upper right part of the castle, to the elevator. Head inside with the knight and with the second character to the control panel. Use the knight's special skill, switch to the other character and lower the elevator with the Lever by two floors. The crossbowman will start shooting at the knight, but he should be alright thanks to his barrier. 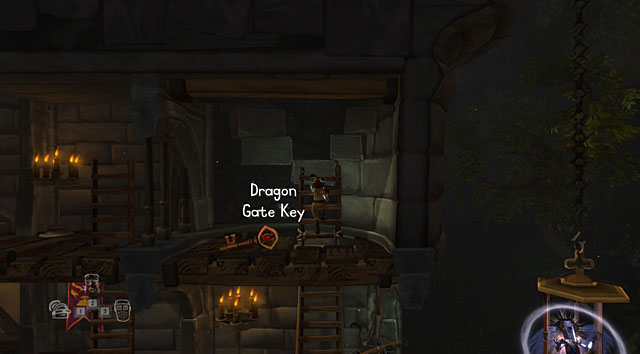 Now switch to the third character and enter the room with the crossbowman. Go up to the upper level using the stairs behind him and take the Dragon Gate Key. 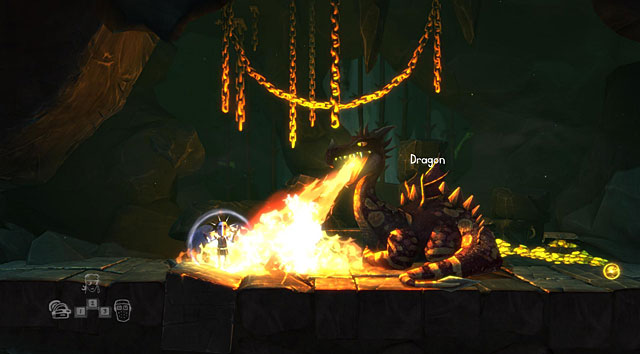 Use it to open the Dragon Gate behind the sleeping dragon with any characters other than the knight. Approach the dragon from the front and quickly activate the special skill so that the fire doesn't hurt you. Afterwards switch to the character that opened the door behind the dragon and take the Dragon Treasure. Go to the side and drop the treasure which should be then picked up by the knight. As you start heading towards the princess' chamber, the dragon will get furious. 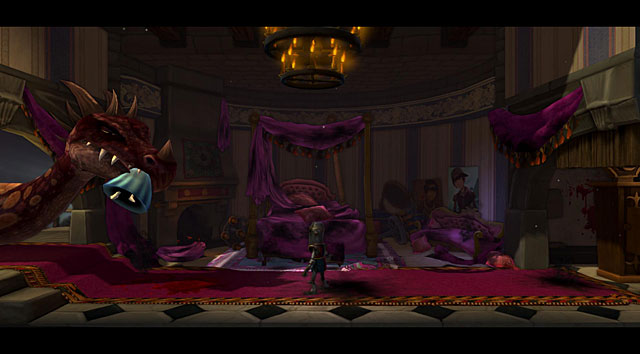 In front of the princess' chamber there's a Coin Machine. Drop the dragon's treasure inside and the door will open. Take the Bloody Amulet from inside and run to the king. 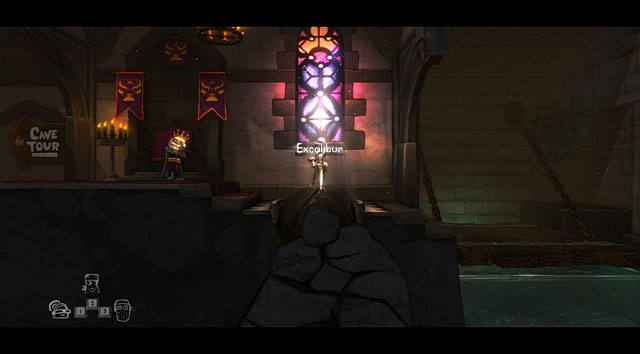 Thanks to the amulet, the draw bridge will come down and the knight will be able to reach the stone with the sword. Try pulling out the Excalibur, only to fail. Use another character to take the Crate of Dynamite found nearby the princess' chamber. 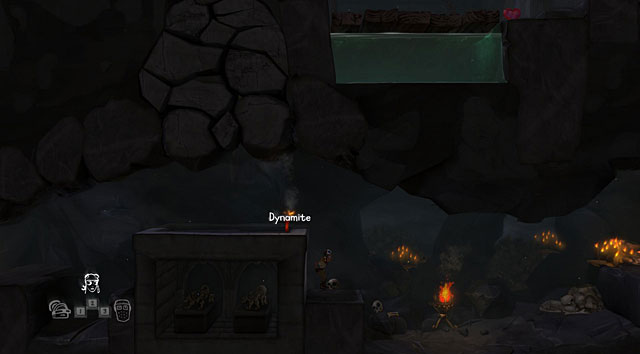 Go below and keep running left until you reach the pile of rocks into which the sword is thrust. Light the dynamite using the Fire, run with it onto the crypt with two skeletons and drop down. The rock should become cracked. Switch back to the knight and pull out the sword.