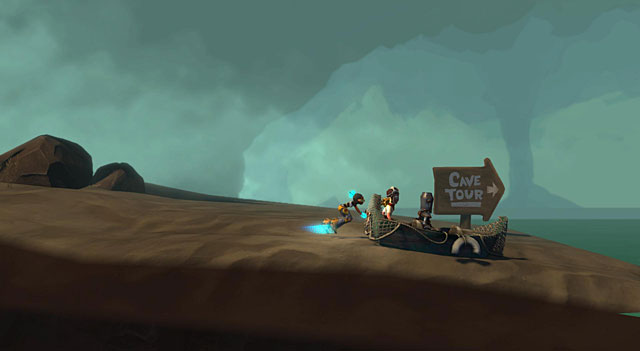 Jump into the boat with two characters, push it to the water and jump inside as well. 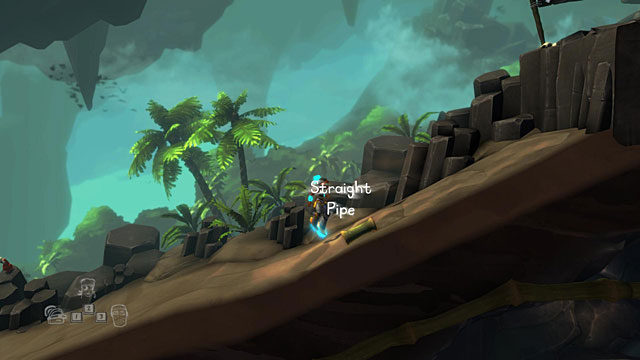 Head to the right and collect the Straight Pipe on your way. 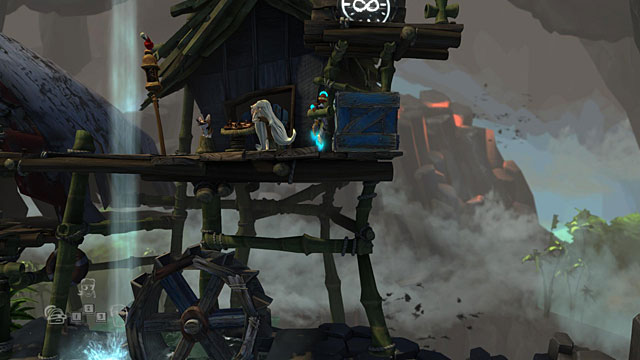 Go up the ladder onto the platform by the Hermit house and drop the big wooden crate to the right. With another character, collect the Cross Pipe found a bit above. 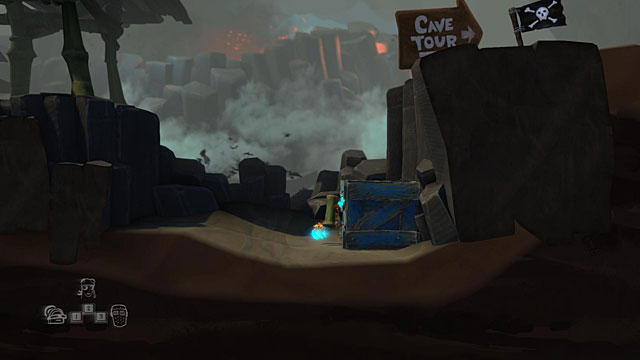 Push the crate maximally to the right and you will be able to move on. 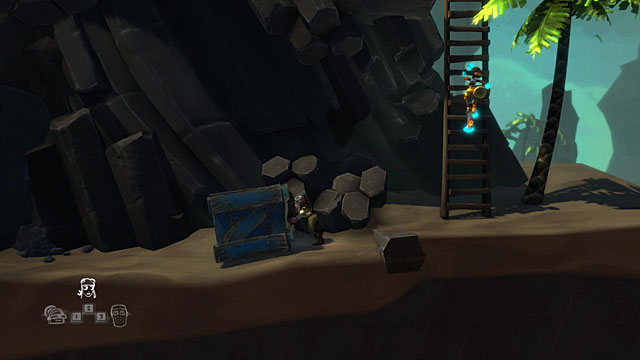 Keep going right until you reach a beach with a second wooden crate. Push it to left as far as possible and you will be able to get inside the hill. 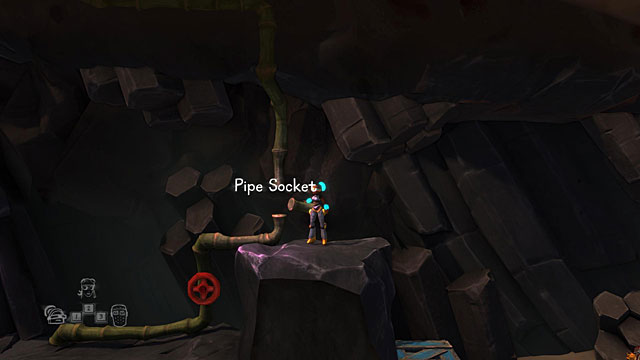 Go above along the crate and put the pissing pieces of the pipe to the Pipe Socket. 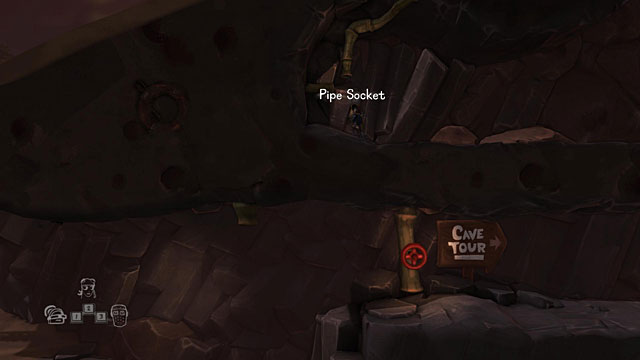 Head deeper to find yet another pipe (L Shaped Pipe). Put it into the missing place in the further part of the corridor leading left. 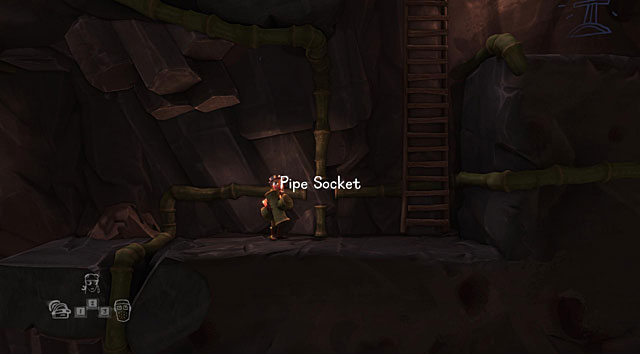 Put the cross pipe into its place in the upper part of the corridor, below a hillock. 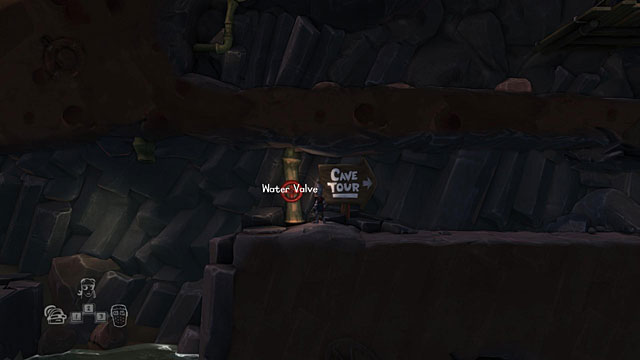 Go down and turn the Water Valve to make the part of the corridor on the left to be filled with water. 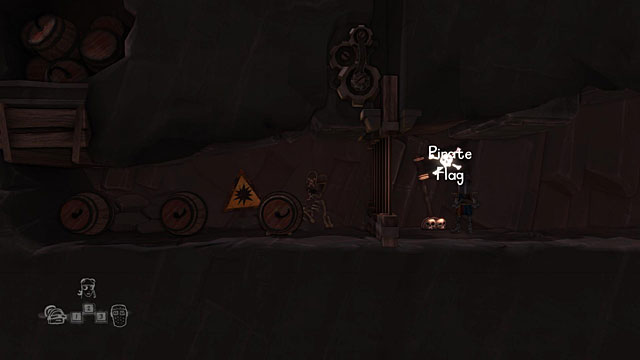 In the lowest corridor there is a locked gate with a skull with a Pirate Flag beside. Stand next to it and switch characters. At the top of the hill there are two more flags. Use the two other characters to push them without letting go. With both of the held onto above, return to the hero in the corridor below and push the lever as well to make the grate open. 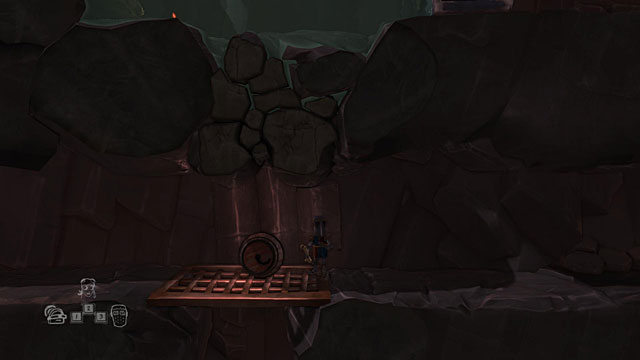 Behind the grate you will find three barrels and a Femur. Pick it up and roll all the barrels to the right so that one of the ends up on the iron grate below partially cracked rocks and the second a few metres further to the right of it. 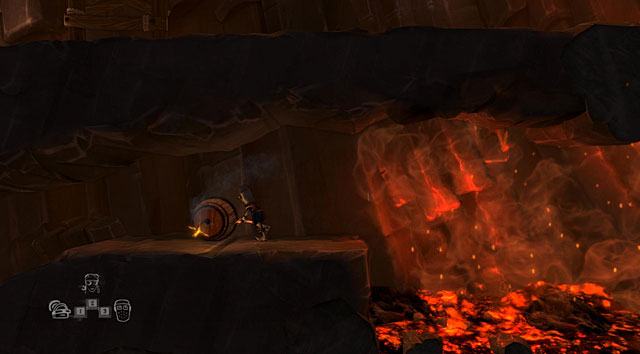 Roll the third barrel to the edge of the pit (remember to stand on its right side) with hot fumes and quickly roll it to the left when the fuse is lit. It should start rolling on its own in the place where the corridor start falling, causing a series of explosion, destroying part of the ceiling and removing water from the hole. 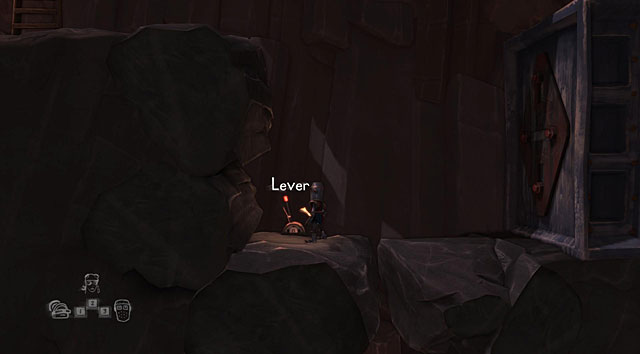 Now move to the place from which you removed water just before and pull the Lever. The path to the right will be unblocked. 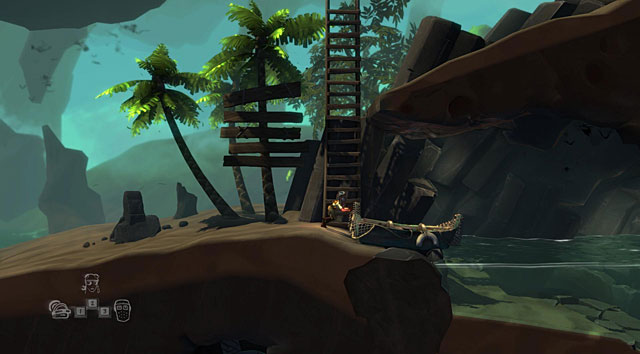 Head to the beach with the boat and start pushing it to the right. Firstly across the water... 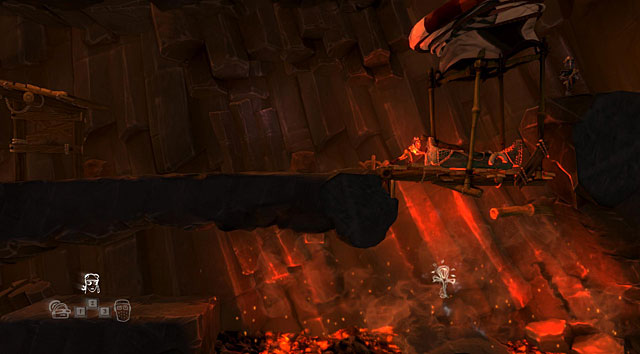 ...and further to the platform with a balloon. Head into the boat with the character that was pushing it and use the Water Valve to the right with another one. Steam from the hot pit will fill the air and the boat will go up. 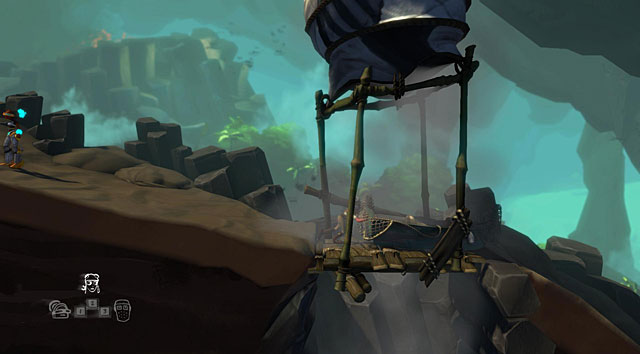 Now push the boat to the left and it should slide down to the beach. 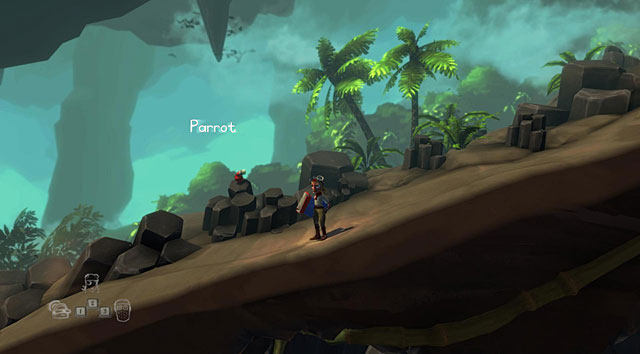 Take the Box of Crackers lying beside the boat and head to the left side of the village, where the Parrot is. Treat it with crackers and she will sit down on your arm. 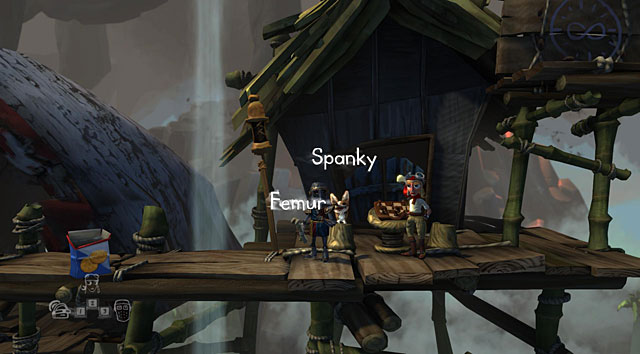 Head to the hermit house with the characters with the parrot as well as the one with the bone. Stand beside the dog (Spanky) and give it the bone, causing the parrot to start barking. 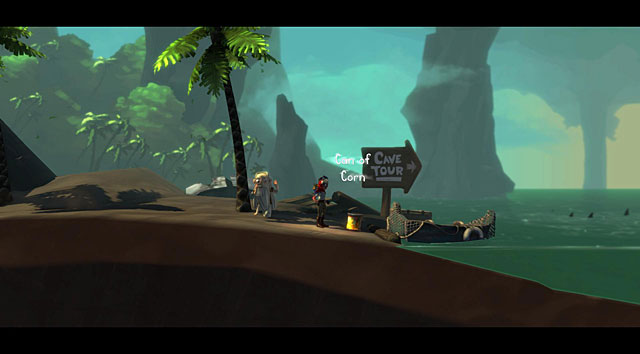