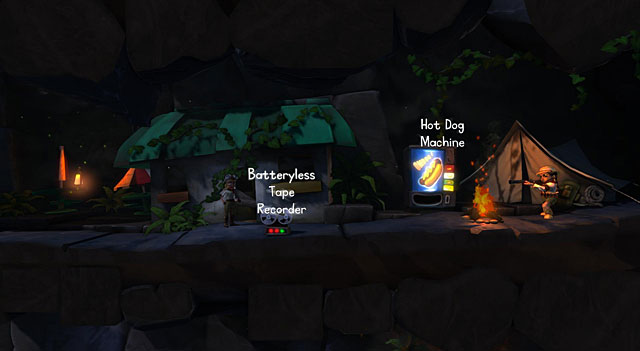 Get past the ZOO entrance and one of your characters will be taken away by a monster that's being chased by a hunter. Go one level below to reach the hunter's camp. She will throw away a Batteryless Tape Recorder. Pick it up. 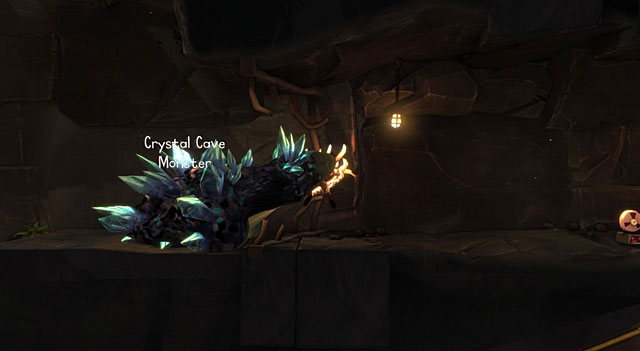 Go below and let the Crystal Cave Monster throw your characters to the other side, where the previously taken one already is. 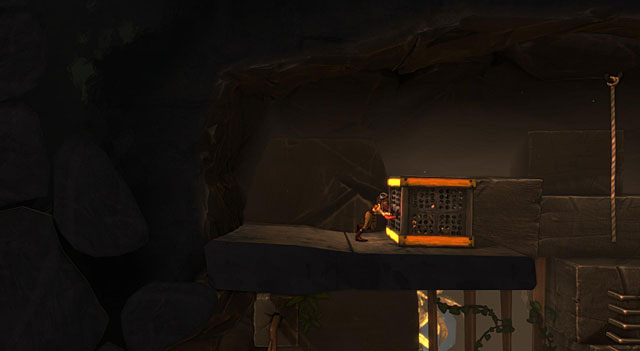 Climb up and drop the cage to the very bottom. 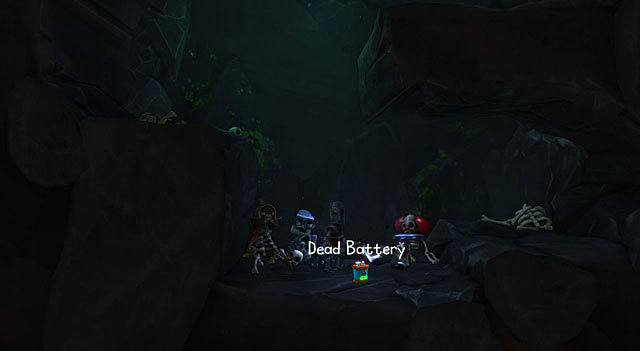 After the cage falls down twice, push it to the left and use it to get up by one level. Move to the left and below to find the skeleton of a clown and a robot. Touch the robot and take out the Dead Battery. 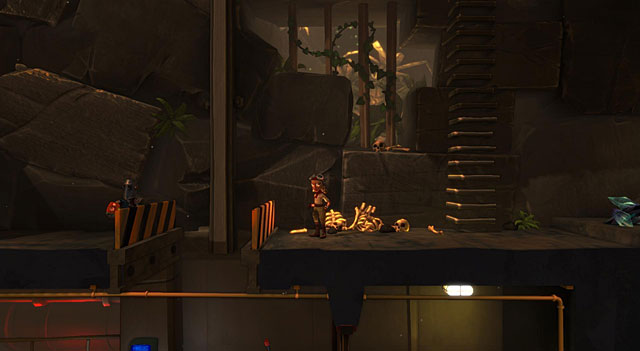 Head above and hold the Lever with one character. That will make the door open, letting the two others jump down through it. 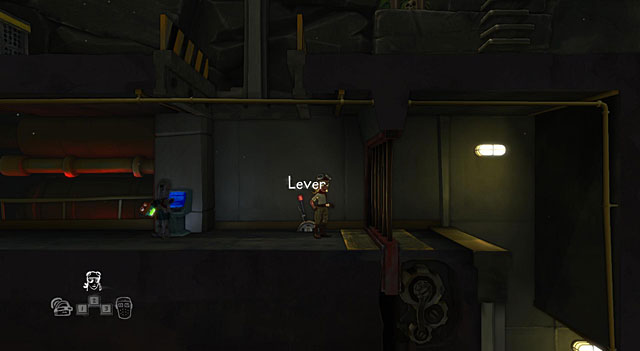 Pull the Lever found there with the second character and with the third one that's holding the battery, go through the opened grates towards the gates of the ZOO. 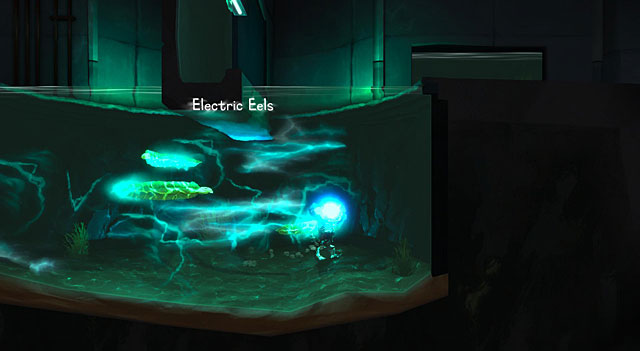 To the left of the ZOO gates you will see swimming Electric Eels. Jump into the water while holding the battery and swim between the fish to charge it up. 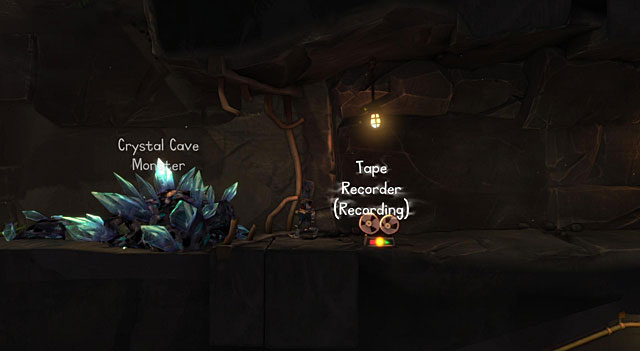 Put the battery into the tape recorder and place it beside the monster (Tape Recorder (Recording)). Now let it grab you to make its roar record on the tape. Cross the corridor below back to the tape recorder, take it and go to the hunter's camp. 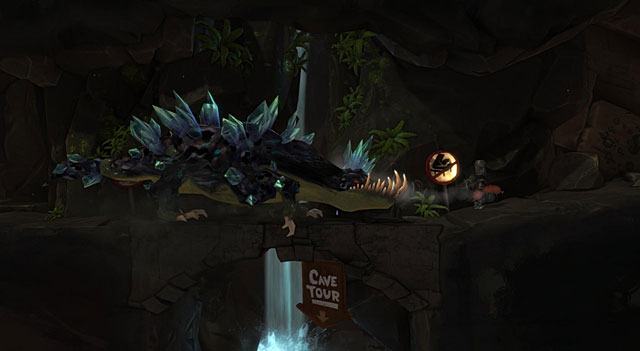 Place it beside the Hot Dog Machine, wait for the hunter to go away and take one hot dog. Return to the monster and start luring it to the right so that it stands on the instable bridge.