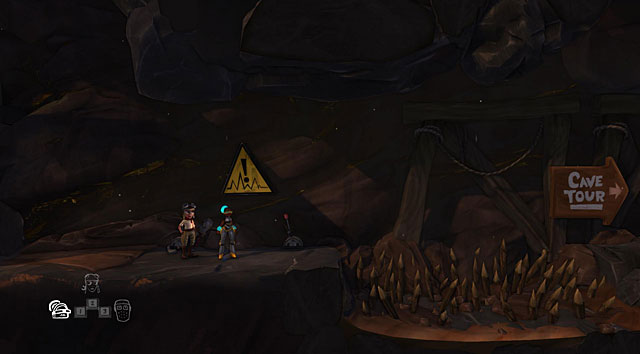 The passage will be blocked by a wide pit filled with sharp spikes. With two characters, switch the levers beside to make a large boulder fall down. Use it to move to the right. 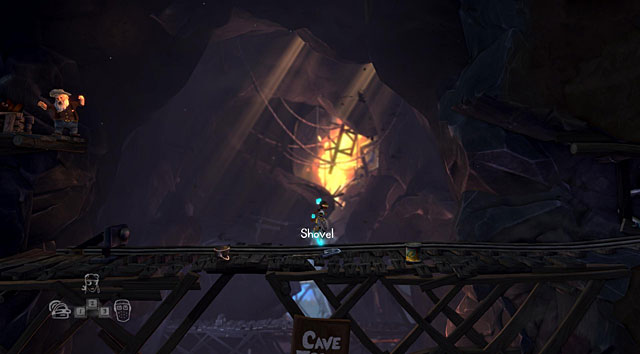 In the further part of the cave you will come across a crazy miner who will start throwing his equipment and afterwards also dynamite. Take the Bucket, go up along the ladder and even further using the rope. 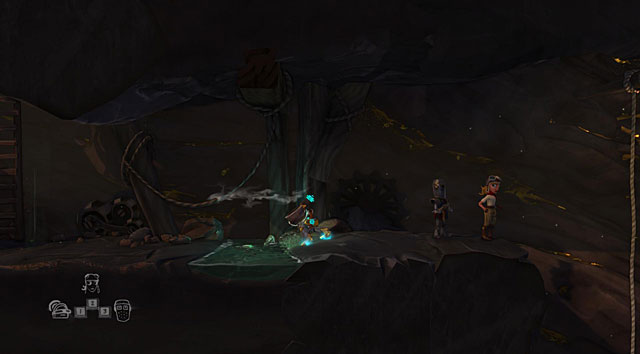 In the corridor you will find a Water Puddle. Gather water into the bucket and return to the miner. 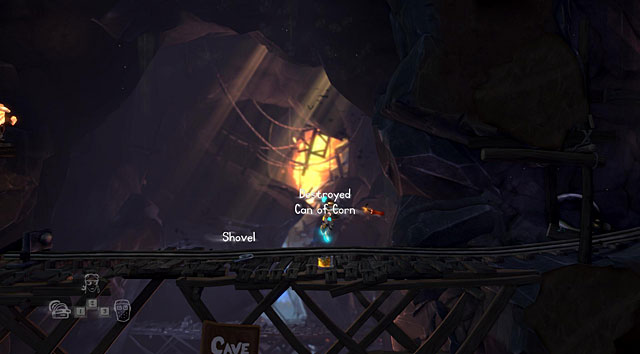 You will now have to determine where the dynamite stick thrown by the miner will land. With the bucket filled with water, head below a dynamite and it should fall into the bucket, therefore not exploding (Bucket o' Dynamite). Take it out. 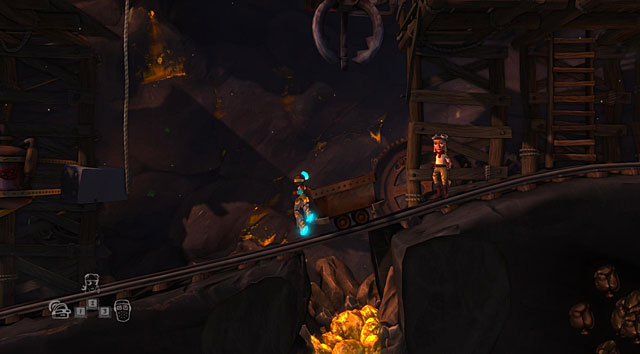 In this part of the cave there are three corridors filled with rocks. Start with the lowest one, the closest to the miner. Light the dynamite using the Flame and leave it by the crumbled part of the corridor. Move further to the right until you reach the first mine car and a machine. The car needs to be filled with gold. Block the rails with one of the characters by standing beside the gold hole. With the second one, push the car to the left, above the hole (screen above). 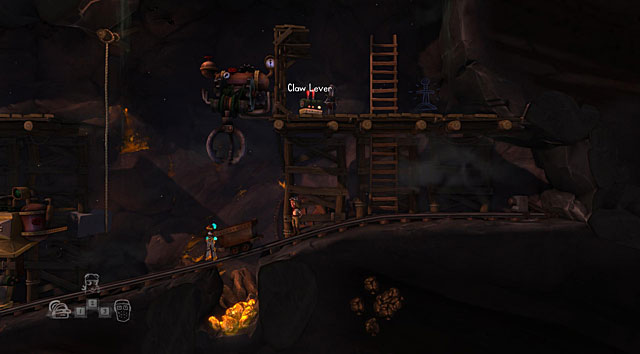 Use the third hero to use the Claw Lever and gold will be loaded onto the car. Now get off the rails with the character that's blocking the car. 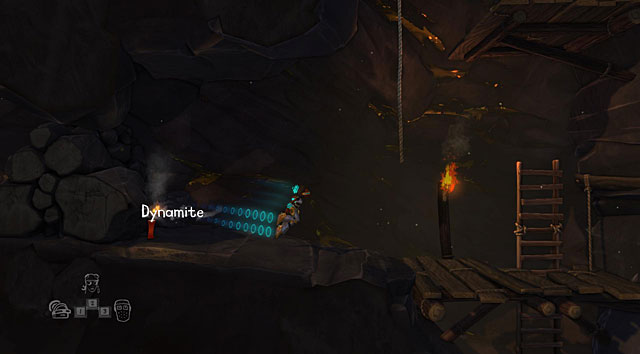 Once again take the water bucket and grab another stick of dynamite thrown by the miner. Head higher than before and blow up another tunnel, this time leading left. 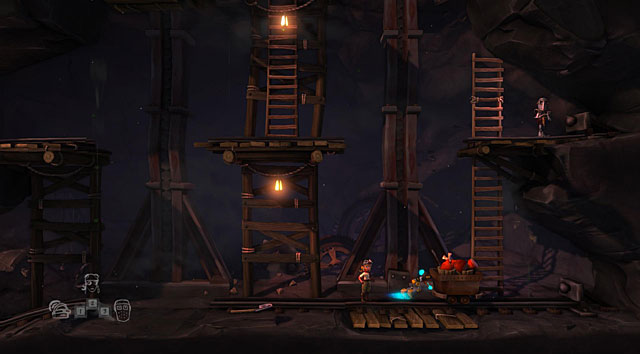 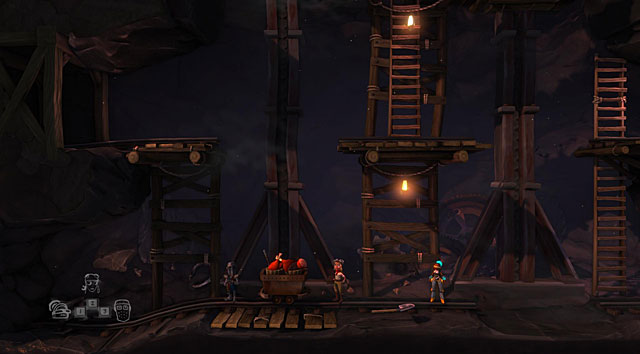 Afterwards get onto the platform on the left which went up before so that it falls down and push the car onto it. 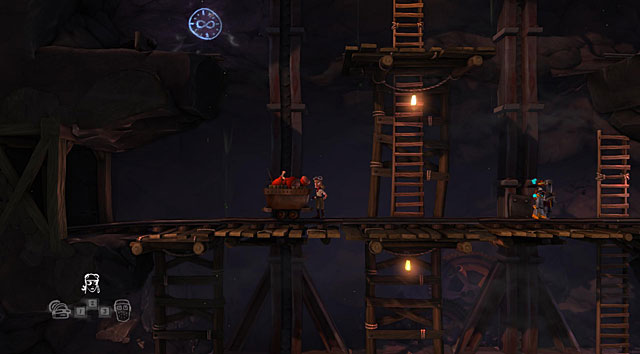 The right platform should be at the top now. Get onto it with the heroes while leaving the third one with the mine car. That way the car will be raised by one level. Push it to the left and it will ride down to the miner. 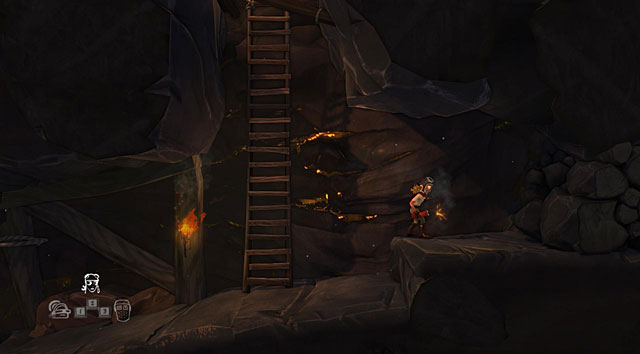 Head down to the miner for the third time and use the filled bucket to grab a stick of dynamite. Take the Shovel with the second characters. This time, blow up tunnel at the very top. 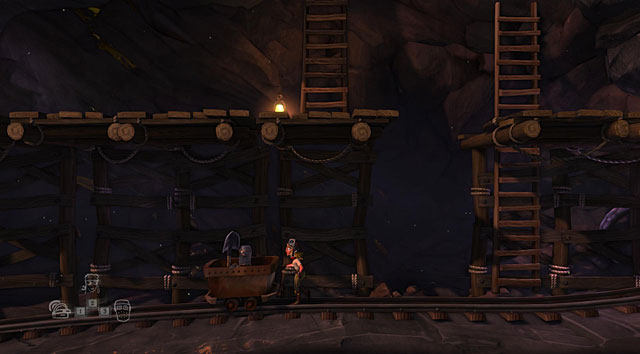 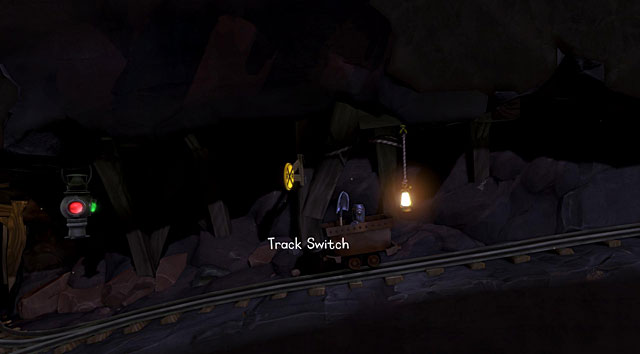 While in the car, use the shovel on the Track Switch. Afterwards get all the characters into cars and the bridge will crumble.