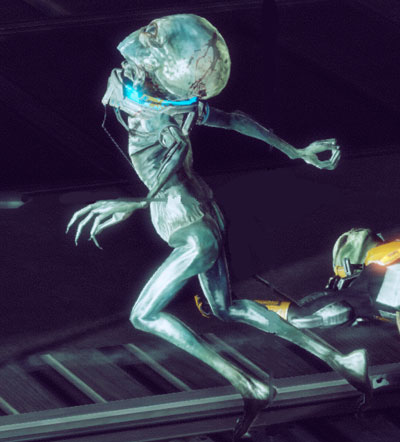 Sectoids are the weakest and the most fragile aliens. They use laser pistols which cause rather little damage. They are very fragile for all types of attacks, especially when you aim at head. Their only advantage is mobility: they climb very skillfully and run between covers.

Sectoids alone aren't a threat, so they are used as a cannon fodder. It means, that you can eliminate them whenever you like. 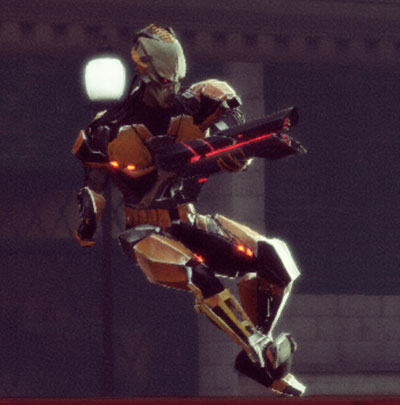 Outsider is the most common enemy in the game, They use rapid firing but very inaccurate Laser SMG and can throw grenades. They are medium endure against normal weapons, but grenades and sniper shots eliminate them quickly (like also ability Critical Strike). They like to hide behind covers, but usually some part of them sticks out, so they are an easy target. But you can't underestimate them: numerous, they can be dangerous, especially while supported by Muton, Dron or Shield Commander. 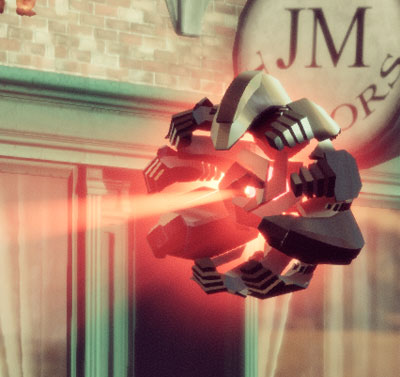 Drones are flying devices which can cause rather significant damage with missiles. But their biggest asset is an ability of healing: that's why they are a high priority target in every battle. Luckily, they are very fragile: one Critical Strike or series from any machine gun eliminates them. The only difficulty is their side: they are very small and because of that difficult to hit. 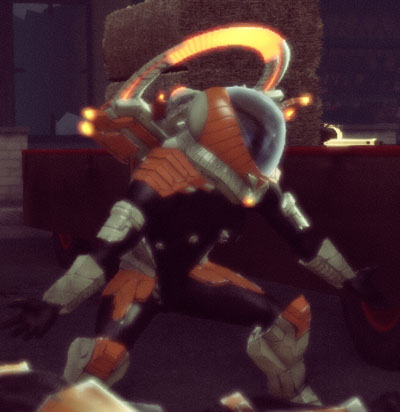 Shield Commander is incredibly annoying unit. It can shield allies with special regenerating shields. That's why, this enemy is a high priority target: enemies augmented with shields are much more challenging, so you can't let that happen.

Unfortunately, a Shield Commander is a difficult enemy himself. Eliminating him requires concentrated fire of all team (he also has a shield). Luckily, he is not very mobile and causes small damage, so you can surround him. The best is to use grenades against him. 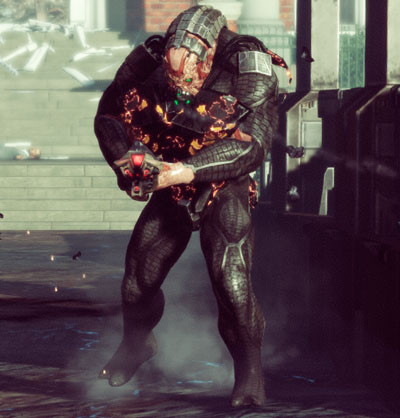 Muton is a very tough enemy: he has strong armor and very high amount of HP. He uses special alien's shotgun, Scatter Laser, which causes huge damage for short distance. Approaching him agents have to be careful about his fists: when he is enraged, he hits the ground causing a small Pulse Wave which causes a lot of chaos.

The most important while fighting Muton is not to get too close to him and fire at him constantly. He is very slow, but you can additionally decrease his mobility with proper abilities, mines or grenades. This is the very best possible tactic. 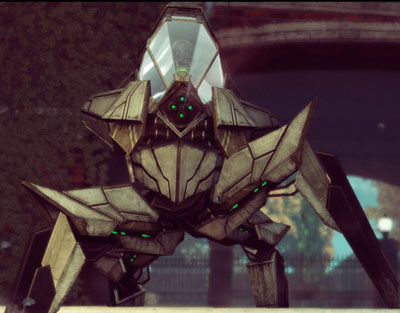 Sectopod is an advanced alien vehicle which has incredible firepower and deadly area attack (stomp made when agents are too close to it). It's heavily armored and surprisingly mobile. Walking him around has no sense, because this machine rotates very quickly.

There is a way to eliminate a Sectopod - you have to break the glass on its "head" and then kill a pilot. The machine will fall down and explode in spectacular way.

Heavy Sectopod has more HP than his weaker brother and uses powerful cannon. 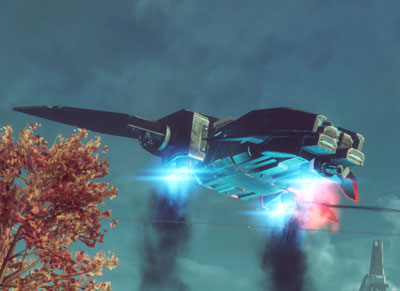 Gunship is a flying vehicle used by aliens and present in Doctor mission, where it plays a role of boss. It fires laser beams which can quickly kill Bureau agents. It hovers and changes position a lot: so you have to change your positions also and look for covers.

A key to win with this flying fortress is a normal, oldschool firing: all members of squad should focus on fighting. What is surprising, the best weapon to use in this fight is a sniper rifle causing huge damage. Use this opportunity and load the machine with bullets. 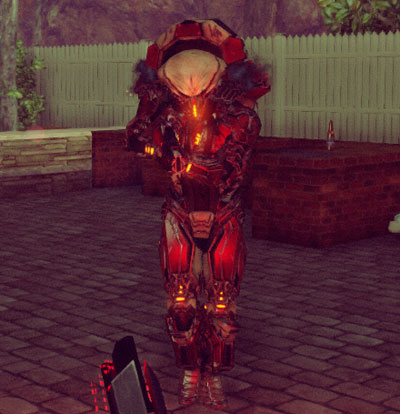 This enemy is called elite for a reason. He has more HP than his weaker kinsmen, fires more accurate and causes more damage. For this isn't enough, he has also regenerating shield and upgrades which allows him for hand-to-hand combat. So, you have to keep Elite Outsider at bay and fire at him constantly: first eliminate his shield and then himself. And very important is to not give him any free time, because he'll regenerate shields and return on the battlefield. 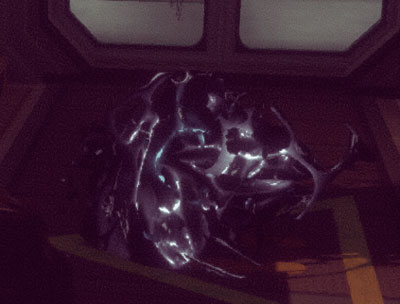 Silacoids are small, nasty creatures which hide in dark corners of the map (like shafts) and then immediately jumps out at squad's members. They cause huge damage in direct fights and are very mobile. Luckily, they die from any hit so you can eliminate them very easily. Carter can't hurt his teammates (there is no friendly fire in this game), so he can fire at the enemies which are on allies. 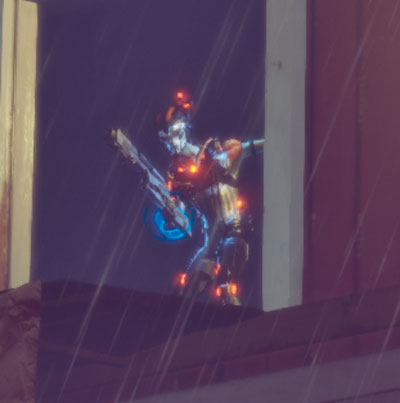 Rocket Snipers are really pain in the ass. They hide in the far corners of map, aim agents and then fire series of deadly rockets. Their projectiles are so powerful, that they can crush the cover and kill people behind it. Luckily, they always reveal their position before shooting: they use laser sight, which helps in finding them. So it's good idea to have a sniper rifle or recon with ability Critical Strike to get rid off the danger immediately. 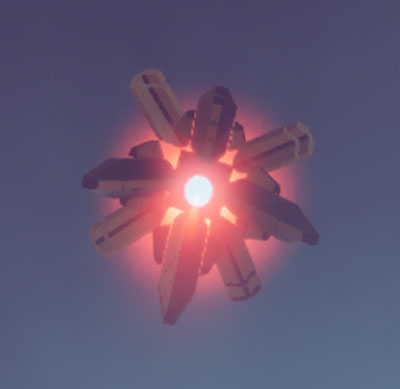 Upgraded Drone, like its weaker version, causes lot of damage on medium distance. What is more, it can lift agents what makes them additionally fragile and make impossible to do anything. It has also a lot of HP, so it's not an easy target.

In spite of all, one longer series from machine gun or concentrated fire of all squad is enough to eliminate this device. 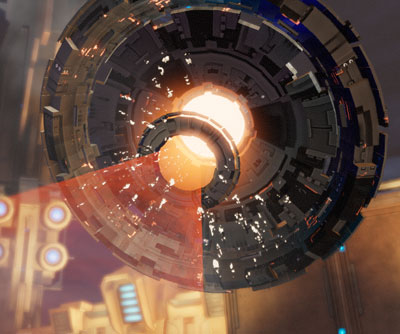 Titan is a powerful boss met in mission Signal from Beyond. He has powerful laser cannon which destroys every target and covers. He flies around on the battlefield, so there is no safe zone. A key to win is to change covers constantly and fire at him with blaster launcher. His weak spot is a middle ring: if you hit there, damage is multiplied. 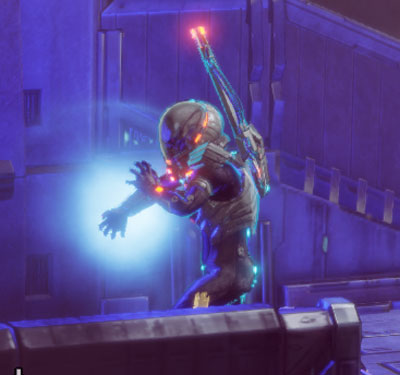 Tech Commander is an upgraded and more dangerous version of Shield Commander. He can not only protect allies with shields but also create Turrets, repair machines and make big covers. He deals little damage but has really powerful abilities. Because of that he becomes your priority target during encounters: you have to destroy his shields ASAP and then eliminate (one Critical Strike isn't enough for that). 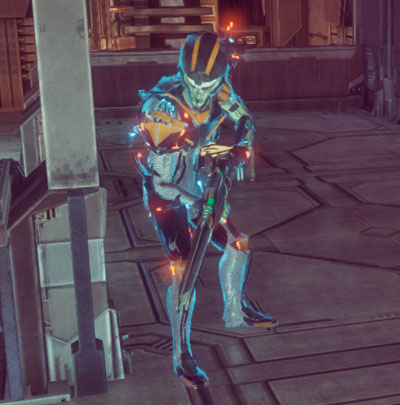 This alien is a regular sniper - he deals huge damage from long distance and misses very rarely. Luckily, you can spot him with laser sight.

As he uses advanced shield, you can't kill him with a single headshot. You need at least two hits sniper rifle or longer series of machine gun. When the shields are down, he is very fragile, you can kill him even with standard pistol. 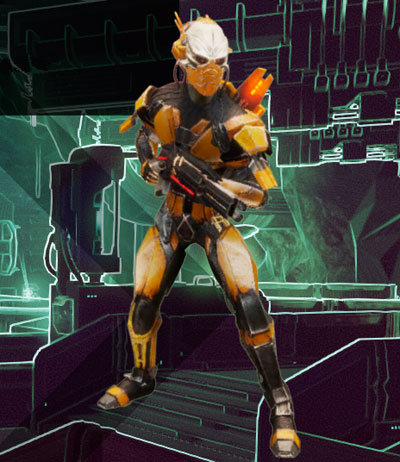 The main asset of this alien is an improbable speed and ability to camouflage: he can flank humans easily and deals huge damage on short distance. He is rather dangerous and difficult to spot during the encounter. Luckily, he has small number of HP, so few good shots and he is eliminated. You have to consider this and eliminate nearby Phantoms relatively quickly: you'll lose little of time and save your people from death.

Phantoms have two version: normal and elite. The only difference is that the latter ones have personal shields. 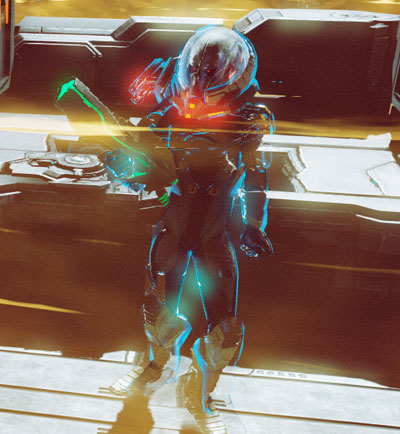 Axis has strong shields, can teleport, fires accurately and deadly and, also, has a powerful area attack dealing huge damage to the whole squad. During fighting him, you shouldn't use abilities affecting small area because this alien will avoid them easily grenades also (unless he has already use teleportation - it has a several seconds of cooldown). The better idea is to summon Silacoid, supported by a Drone (Carter's abilities) and firing at him constantly by agent Weaver. Simultaneously, you can't forget about healing the squad and keeping an alien at bay. 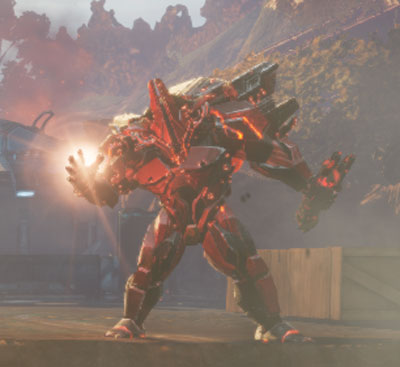 Mutons are powerful enemies, but their Elite leaders are far more challenging. They have not only more HP, better armor and more effective weapons but also several deadly abilities. First of them is a long jump, which causes a destroying shock wave when he hits the ground. Another one is a possibility of creating Plasma Field: the same like the commandos can. If it's not enough, Elite Muton deals also huge damage at short distance.

A tactic use for encountering normal Mutons (stopping an enemy and usage of area attacks) won't work because an enemy is too mobile. So you have to change your pAxistions, run away and summon allies like Silacoid or Drone (Carter's abilities). Important is firing at the enemy all the time and destroying his armor. Useful will be Blaster Launcher and ability called Weaken, used by support agents. 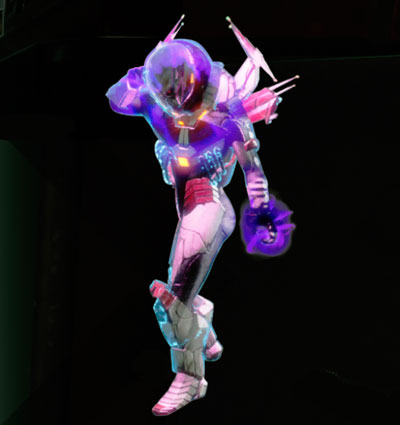 This psion is a kind of a boss, which you can meet during Operation Hawkeye. He can clone himself and stun Carter's companions during a direct fight, preferring grenades firing from Plasma Assault Cannon and melee fighting. He has strong shields but not so many HP. He is insensible for Taunt and Lift what makes him unpleasant enemy - especially, that he eliminates human shields rather easily.

Defeat him in a conventional way: fire, fire, fire until he dies. The important thing is to not stop assaulting because he will regenerate. When the psion dies, his clone dies also. 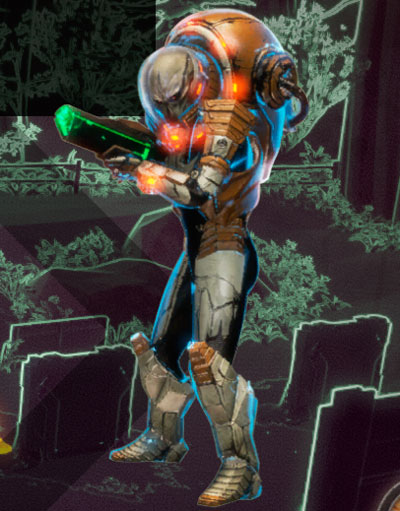 This enemy is a real pain in the neck. He has strong shield, deals a lot of damage, can throw grenades and is very good at melee fighting. But those aren't his main features: he is a summoner. If you don't eliminate him quickly enough, he'll summon a group of Drones and several Silacoids. This makes him even more dangerous than the remaining leaders, so you have to kill him as the first one, no matter what. 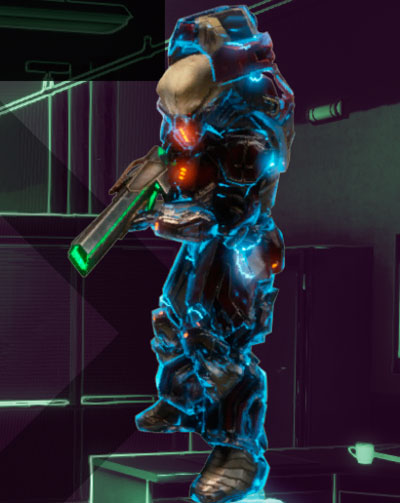 Powerful alien infantryman with endure shields and an accurate Plasma Assault Cannon can also throw grenades and teleport where he wants to. Also, he deals big damage in melee fight and is rather quick. One of the most challenging enemies in the game almost without weak points. The only effective way of fighting him is Lifting him with proper ability of Carter and firing him down quickly. It is so because this enemy will avoid all area attacks and conventional attacks will take him down very slowly.

This type of enemy may become a very strong support during further battles. It's a good idea to hypnotize them (ability: Mind Control) and use on the battlefield. 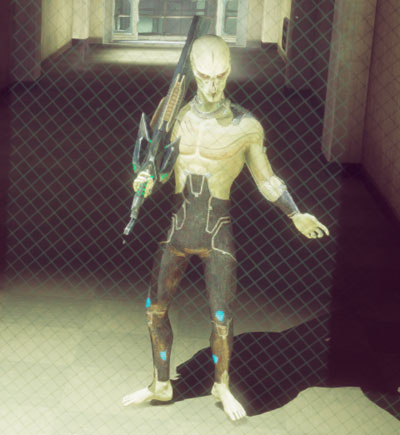 You meet Infiltrator two times: during your first visit in the base and in the mission The Last War. During the first time, he can summon Sectoids, has strong shields and fires with short but deadly series. During the second encounter, the situation changes: he is as tough as he was, but this time he can summon Drones and teleport. But alone he is not that tough, so you should take him down without problems.