In The Sims Mobile, the developers do not give the players the choice during the creation process when it comes to the traits of their sims. Traits can only be gained during the sim's life. A sim can have up to 4 traits, however, all of the traits will need to be earned. The sim gains points which give you the ability to add character traits when you help him during events.

The effects of traits 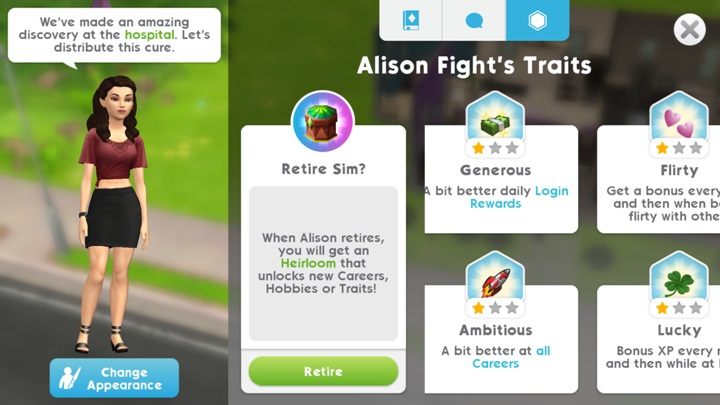 The sim's traits do not affect his character. They do not add any new interactions. In The Sims Mobile, the traits make it possible for a sim to get a bonus, more experience points or additional rewards. Depending on the range of traits a given sim has, you can speed up, e.g. the development of the sim's career. Traits that increase the chances of bonuses result in the sim begin able to develop relationships with others much quicker. 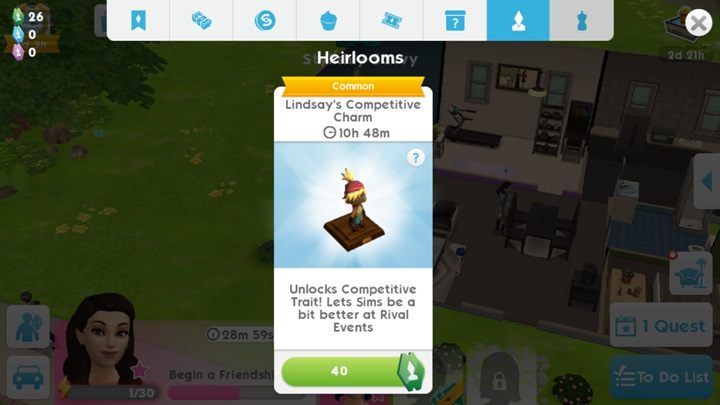 Character traits can be unlocked by buying particular statuettes for special coupons. You get them for completed family events, such as taking care of a child or moving out. However, these statuettes change every day. Each of them is described precisely and has a very specific effect. Such a statue costs 40 coupons. These, however, are quite difficult to get, because rewards for family events usually yield about two coupons.