Anyone who has ever played The Sims expects from such series of games that his/her Sim will eventually die in the end. But there's no such thing as Sim's death in The Sims Mobile. Your Sim has no needs, so he/she cannot, therefore, die of hunger. There is also no risk of fire hazard. There is no repair of equipment and there aren't any swimming pools in the game. Your Sim simply can't die. 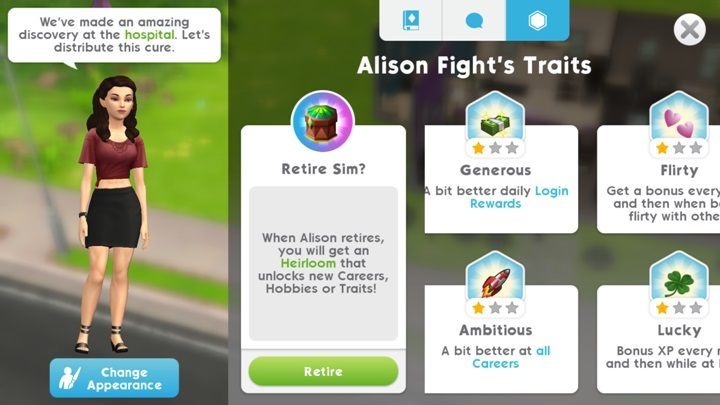 Sim on retirement wears the same clothes as he used to in his youth.

However, the Sims are getting older. This is not an entirely natural process. When you receive a notification your Sim can become a pensioner. This is not affected by the passage of time. Sims will also grow older throughout your city. Those who were randomly generated will also get older over time. But those created by other players will get older only after the players have decided to age them.

Note - Sims created by the game will not age if you have a story with them.