The guide to The Walking Dead: The Final Season contains all of the information about the title and its episodes. This is the last installment of The Walking Dead series, a continuation of The New Frontier. In this guide you will find a complete walkthrough of subsequent fragments of the game and the guide itself will help you uncover the secrets of the game. The most crucial part, important choices, is the place where you will find information about numerous dialogue options and choices that will influence the ending of each of the episodes. You can also find information about all of the achievements and trophies available in the game.

Beginning of the game - choices from previous parts

The author of the guide assumes that players starting their adventure with the last installment of the series have experience with the previous ones as well. You start the game by, similarly to the previous parts, loading a save state. If you do not have it and you start a "clean" playthrough, you will have a chance to select the most important choices from the previous installments, which will affect the world of the game. In the final part of the game you will be controlling Clementine and her protegee, Alvin Junior (AJ).

In the first episode - Done Running - the effects of the choices from the previous parts are as follows:

The game is divided into four episodes, all released in approximately monthly intervals from the release of the game:

The guide contains color markings to make it easier for the reader to find important fragments and not to overlook crucial objects or choices in the game.

If you want to earn all of the achievements in The Walking Dead: The Final Season, it will not be possible by completing the game a single time - you will need to do it at least 3 times (in the case of episode 1 - Done Running). 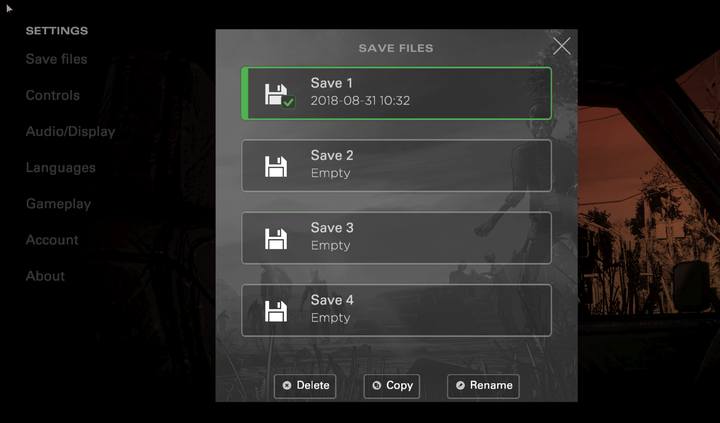 In most cases, however, you will be getting trophies for completing a certain activity or selecting a specific choice - one that might not have an impact on the further part of the story, unlocking the trophy immediately upon making decision. In that case it is worth to make a copy of a save game. In order to do this, head to Settings and then look for Save Files. After selecting a specific save state, you can copy it to another slot. This will allow you to continue with your playthrough and at the same time will give you access to a specific moment - if, for instance, you decide to unlock a trophy associated with a specific choice in the game.

The Walking Dead: The Final Season has a slightly improved graphics in comparison to the previous installments. Even though the game has a rather simple build and visuals, the requirements might be a little too high for an older PC or a notebook without a dedicated GPU.

About The Walking Dead The Final Season Game Guide