Here you can read how to complete the second stage of The Serpent Rogue - Swamp. You will learn how to get to the location, what you need to do there, e.g. healing the Corruption, or finding the Swamp Key and gears to repair the bridge mechanism leading to the final boss.

Passage to the Swamp 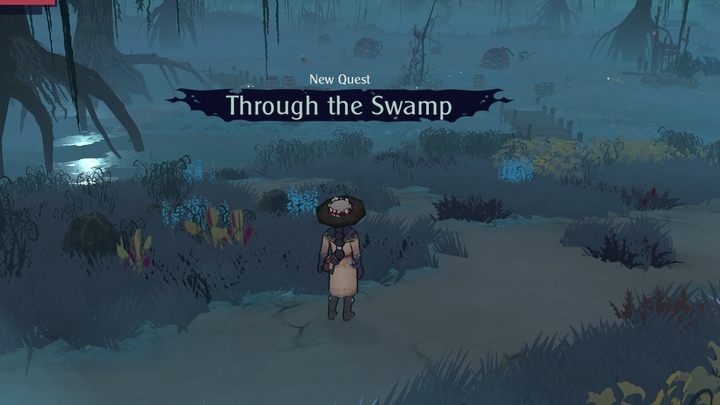 You unlock Swamp after healing the tree in the Wasteland. First, go left behind the bridge in the north of the Wasteland to get to the Church. Keep going straight to enter the Swamp (and add the location to the map as a fast travel point). 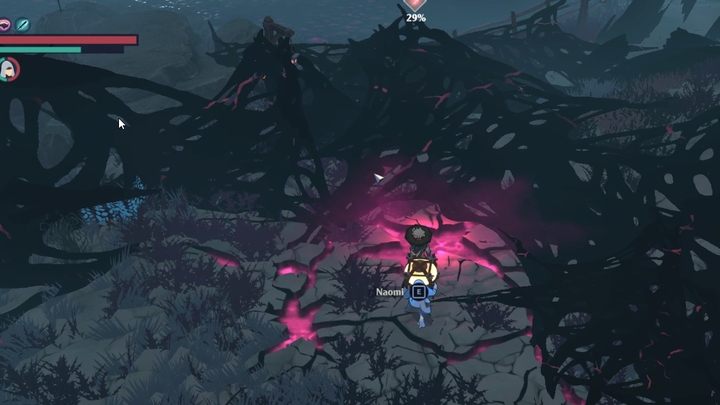 The first task in this area is to reach the northern part of the location. There you will find another source of Corruption. You will heal it much like the tree in the Wasteland - using the Vessel from the Camp's wishing well and asking a human follower to bring it to the location. The point is far to the north, right in front of the entrance to the Church.

It is a good idea to clear the way to this place beforehand - there are many enemies here who can destroy the vessel carried by your ally. Use the location to the north-east of the Swamp - Mavka's Shelter, to shorten the journey.

You will need the Swamp Key to open the closed gates around the Swamp. 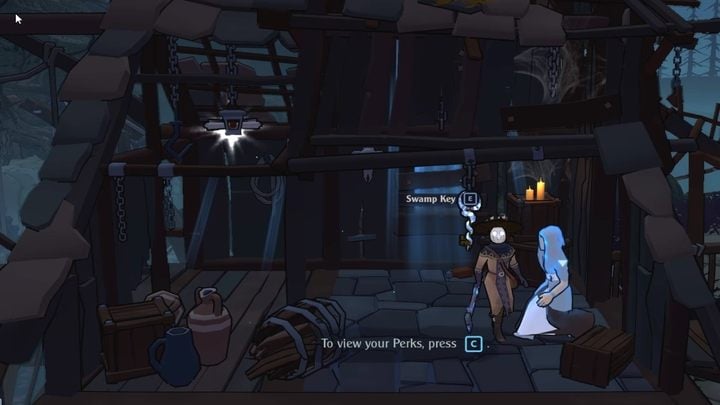 After healing the Corruption, you can go to the further part of the Swamp to the north. Head right to the little house by the water. Inside you will find the Swamp Key hanging on the wall. You will need it to complete the next objective of the mission, which is collecting the gears of the mechanism and opening the passages closed with padlocks. 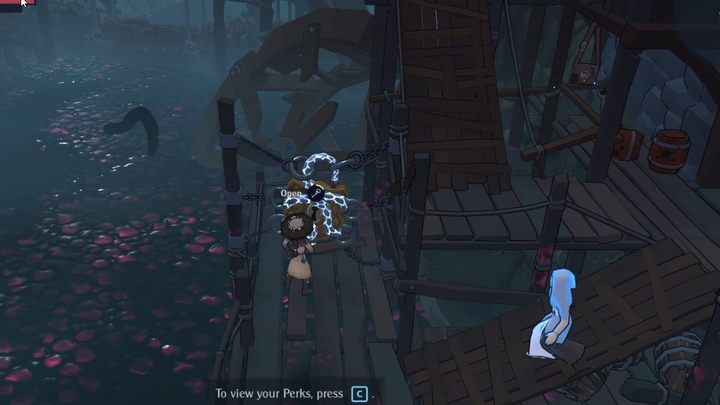 The first gear is in the same building in the north of the Swamp where you found the Swamp Key. You just need to go right through the building and go down the stairs. Open the padlock and pick up the gear from the pile of junk. The gears are not shown in the inventory - they are attached to the hero's belt. 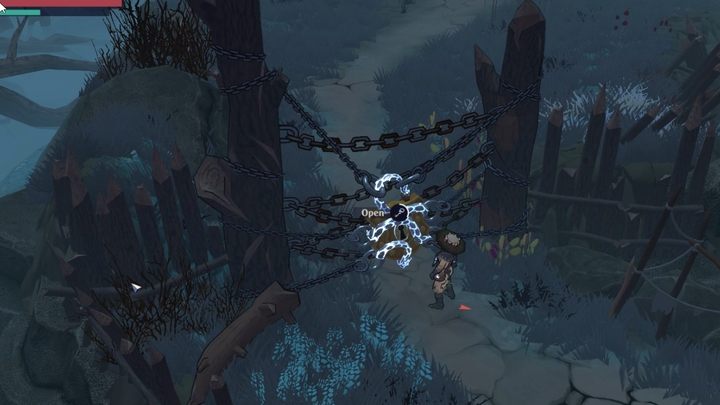 The second gear is in the west of the location - turn left from the entry point to the Church and follow the path to the hill. Open the padlock with the key. Be careful, because there is a group of Ghouls located further - you can avoid them by walking on the right side of the scarp. 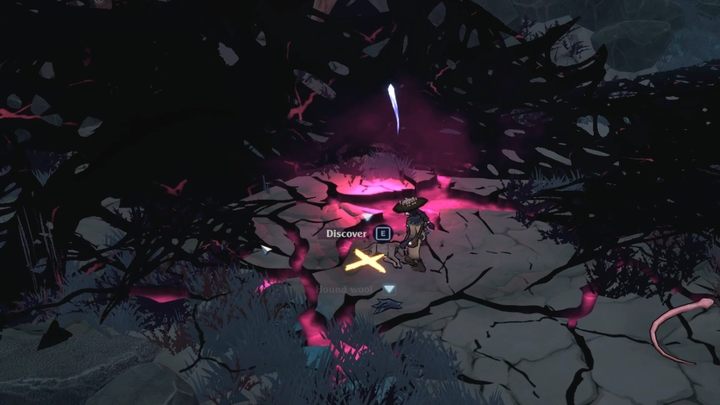 Here you have to craft a Vessel again and bring it with the help of your follower to heal the Corruption blocking the way forward. 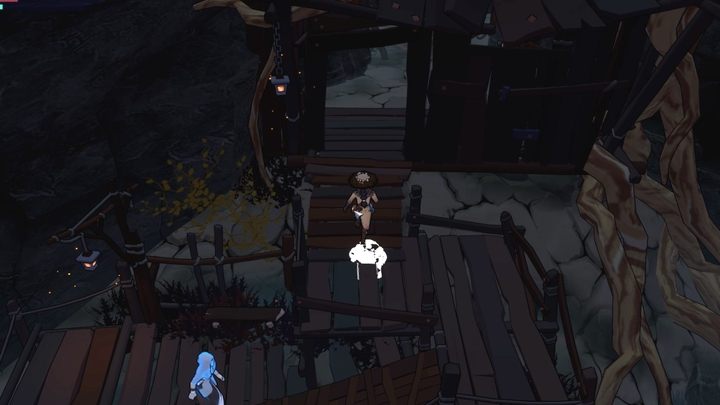 Take the stairs to the building above and go to the wall in front of you - there you will find the second gear. 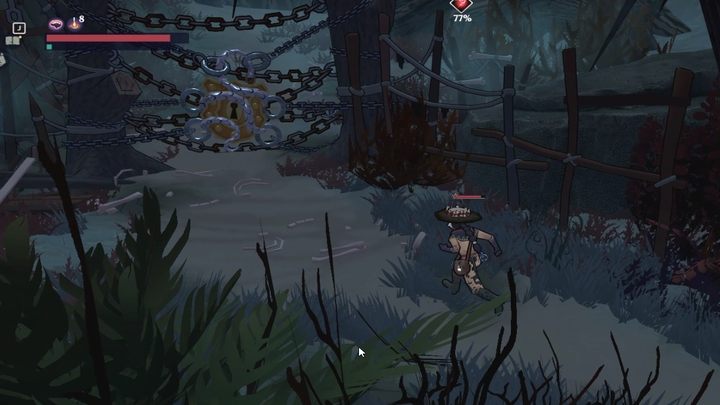 The third gate is to the north-west. It is also the entrance to the Dobhar-chu's Lair. Dobhar-chu itself is a strong monster with 120 health points and high attack power. It can be assisted by toads, and in rare cases, there will be 2 Dobhar-chu. 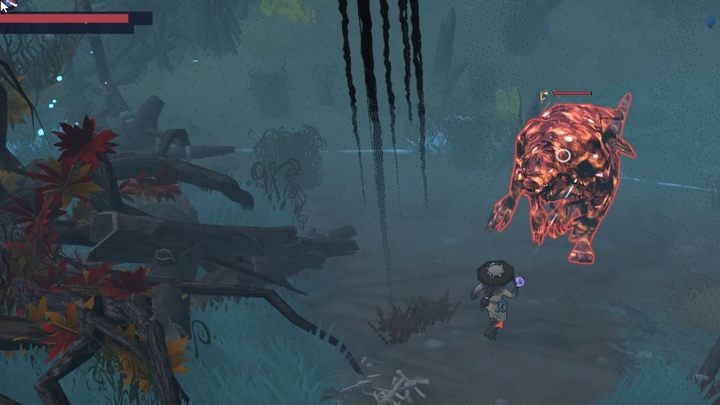 The location is narrow, but you can still defeat the monster with a variety of potions: from debuffs to damage-dealing ones. The help of strong followers - recruited or created - will certainly be appreciated. Crafted Ghouls (1x Berry Ghoul Skin) can be especially useful as cheap and effective fighters. 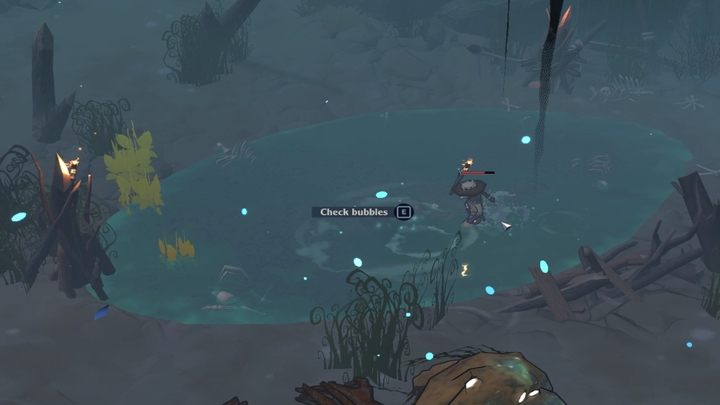 Defeating the boss is required to collect the gear, because it is in the water - which removes the camouflage. You'll see bubbles in the center of the pond - inspect them and pick out the third - and last - gear.

Repairing the mechanism and road to the Mill 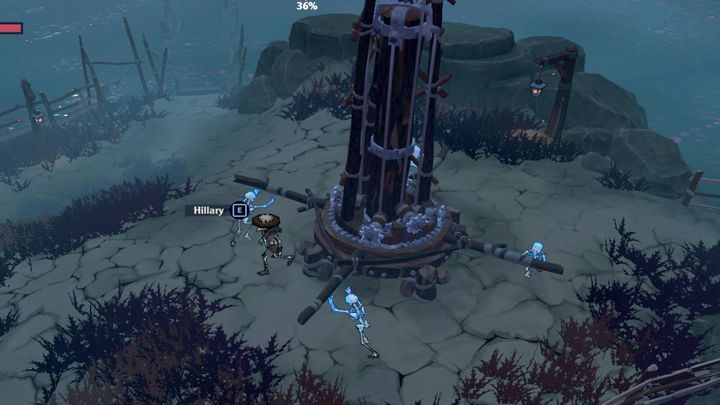 Once you collect the 3 gears, take them to the mechanism in the north of the Swamp. Repair the machine and bring four followers with you (people/skeletons). They will operate this device to get rid of the water blocking the bridge. This is the last stage of the quest - cross the bridge to face the final boss.