Brave New World is the final quest of the main storyline. During its course, the fate of the system will be decided. This page of The Outer Worlds guide contains a walkthrough for this quest.

No matter which side you've chosen, the quest will play out similarly. The group which you'll face will be different depending on your choice, and you'll need to face a different boss - Sophia or Phineas.

Once you land on Tartarus, you'll be intercepted by the guards on site. You can convince your interlocutor to give you an guard ID. If the check was successful, you'll be able to walk around the base freely. 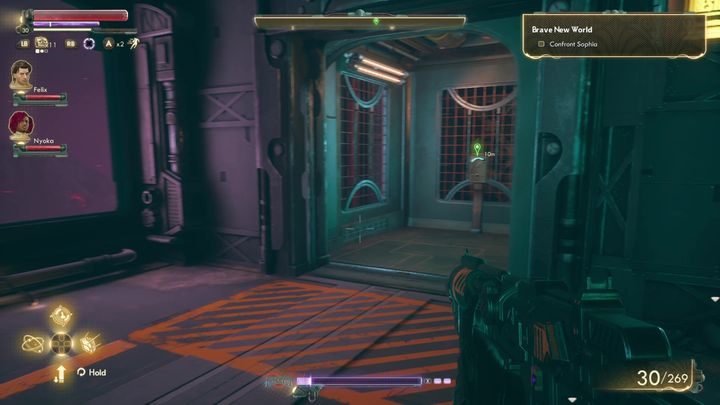 Leave the ship and travel to the elevator. If you helped Junlei on Pioneer, she'll appear at the docks and help with the attack.

Now you have to move through a large hall. Your destination is a first floor door located on the other side of the hall. The door leads to a maze. 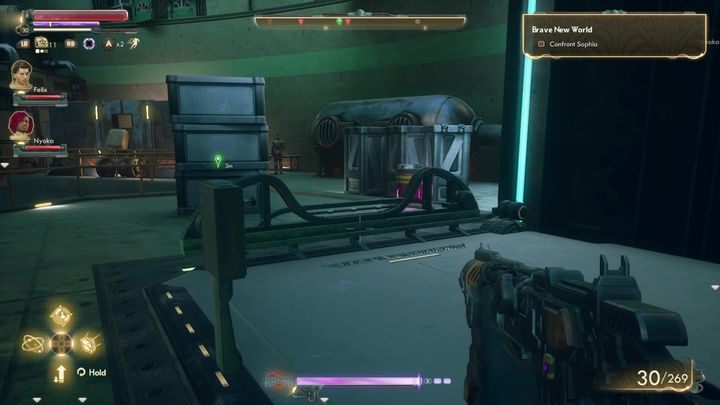 You'll need to proceed through further levels to finally reach an elevator. Here, you'll receive support from a party which you've supported on Monarch. One of the levels contain a locked door. You can unlock it using the nearby terminal. Now, depending on the chosen side of the conflict, you'll encounter: 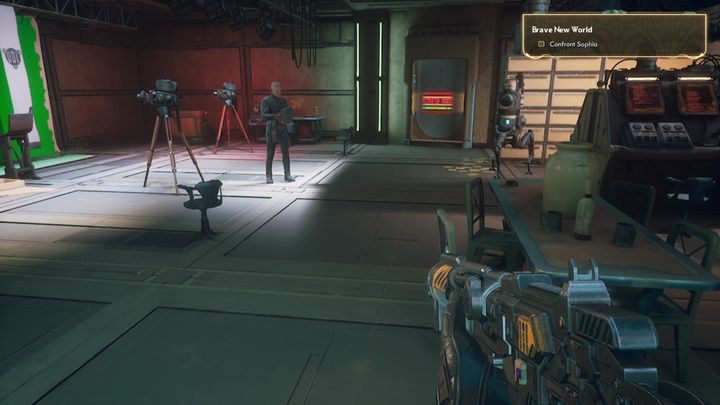 The last elevator will lead you to your final opponent - Sophia or Phineas. The encounter begins with a conversation. During it, you can convince them to give up. However, if you don't succeed, you will have to fight them. 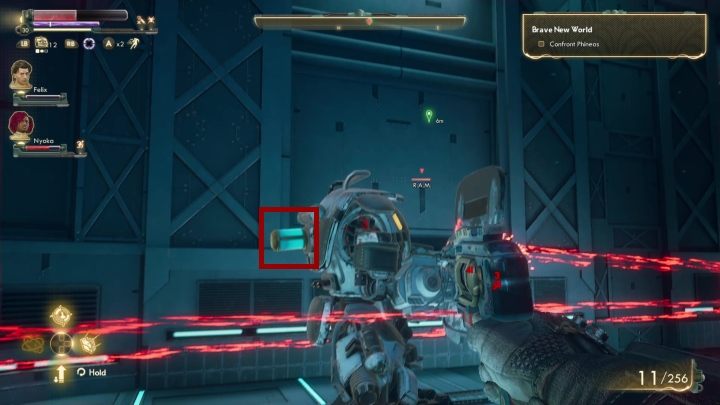 During the final battle, you'll face R.A.M - a battle robot. R.A.M is a powerful and durable machine, equipped with shields. His only weak point is the battery sticking out of his back. As a result, you'll have to constantly flank him. Use companions to distract him - this will facilitate the battle. Nevertheless, watch out for his charges - those can quickly eliminate your party.