This guide page contains suggestions on the best The Outer Worlds builds. Here we have prepared a selection of three types of character development-for ranged combat, for hand-to-hand combat, as well as for combat with comrades. Within each build you will find its description, as well as the best attributes (selected when creating a hero), skills and perks that should form the basis of a given build.

ALL PERKS AND SKILLS

Before you start creating your build, it is worth checking out all of the skills and perks available in The Outer Worlds. You will find them on a separate page of our guide. 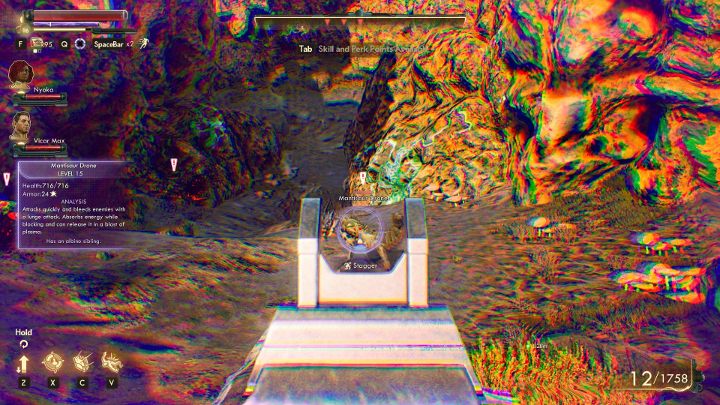 Fighting at a distance allows you to avoid direct confrontation.

A build designed for long-range weapons focuses on eliminating enemies from a safe distance. Combining pistols, long or heavy weapons, with Tactical Time Dilation gives the best results. Stealth skills are also useful - if you want to take out some of enemies without being detected. Each battle is better to start from stealth and by using the Tactical Time Dilation. This will allow you to assess the situation and take out the most difficult opponents. Also, be aware of how often you hit your opponent's weak spots (such as an attack in the head)

In the process of creating a character, you need to focus on Perception and Intelligence. Thanks to this, from the very beginning of the gameplay, the most important skills (Pistols, Weapons, Long Weapons and Heavy Weapons) will be strengthened.

Basic abilities are the ones that are found in the group of Ranged Weapons. This will provide, above all, additional damage with critical strikes. It is also worth investing in the Stealth category - the character will become less visible to opponents and the Open Locks and Hacking terminals abilities will make exploring the world and getting the items easier.

Selected perks should increase the damage dealt by ranged weapons, as well as improve Tactical Time Dilation. A good choice is Time Dilation, The Reaper, Scanner, Steady Hand and Confidence. It is also worth to get skills such as A Few More Bits or Solo Sneaker. 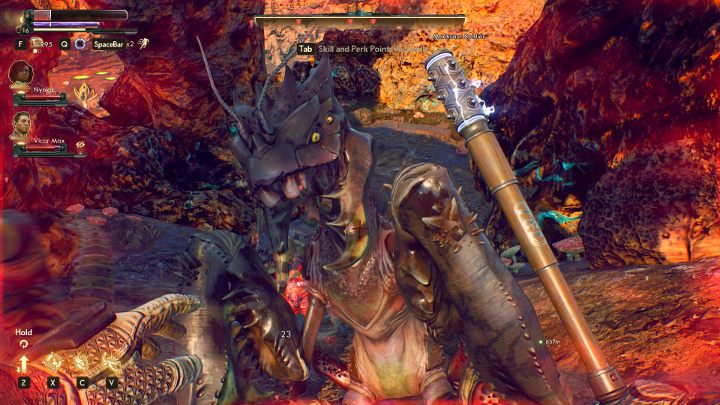 The best build for fans of close encounters.

The following The Outer Worlds build focuses on melee combat. The main decision is to choose between two-handed and one-handed weapons. Two-handed weapons-increase damage, but one-handed weapons allow faster strikes - the choice is individual because build works in both types of melee weapons. The gameplay of the character based on hand-to-hand combat is simple - you defeat enemies in close quarters. Of course, you must not forget about blocks and evasion, as well as perks that increase health.

Focusing on Strength and Dexterity results in higher damage dealt in melee, as well as overall faster attacks. An additional benefit is the increase in inventory capacity.

The choice of skills is fairly simple. You should focus on 1-Handed Melee or 2-Handed Melee - depending on your preferences. The development of these skills increases the damage from critical hits. You also need to remember about the Block, which with each level gives bonus Armor Rating.

The perks selected in this build should primarily increase the character's survival - increasing health and armor, or improving healing options. The main perks are Resilient and Toughness. Of course, it is also worth getting the The Reaper and Tit for Tat perks. Next you should get access to the Confidence and Last Stand perks. 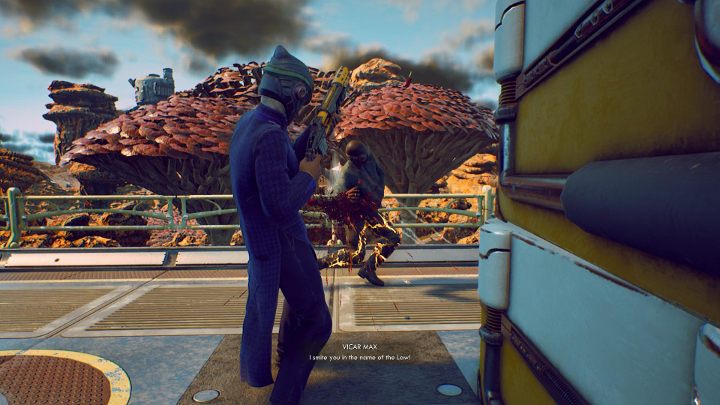 Comrades can successfully take on enemies.

The last build focuses on maximizing the use of companions. At the beginning of the game, this build can be quite difficult to follow (having access to only one companion), but as the game progresses it gains in strength. The basic principle of the build is to allow your companions as many kills as possible, to get the bonuses from the Deadly Demonstrations perk (additional experience points gained for kills made by your companions). Of course, your character must also be able to defend and fight. We recommend ranged weapons-it is easier to help companions from a distance.

Charm affects the skills of companions and Intelligence and Perception increases damage done by critical hits and by hitting weak spots, allowing you to support your team more effectively. Lowered temperament will cause your health not to recover automatically, but the character should stay behind and only help his comrades.

The main skills are, of course, Inspiration and Determination, increasing the damage and health of our comrades. Science is also useful, as it will allow you to improve weapons. In addition, it is worth investing a few points into Lockpick and Hack, as well as one of the Ranged Weapons skills.

The first and the most important perk is the Deadly Demonstration - it will allow you to acquire additional experience points for the kills made by your companions. Also, you should focus on perks improving your companions - Precision, We Band of Brothers, Tag Team and Don't Go Dyin' On Me!