Combat in The Outer Worlds is an integral part of the gameplay. Even if you try to peacefully resolve most conflicts, you avoid battles and eventually, you will have to grab a weapon. The game offers several different possibilities for combat - melee weapons, firearms, using stealth, science weapons, or comrades. This page focuses on combat in The Outer Worlds. Here you will learn types of damage and their stealth capabilities. You will also learn how to block attacks and heal wounds. 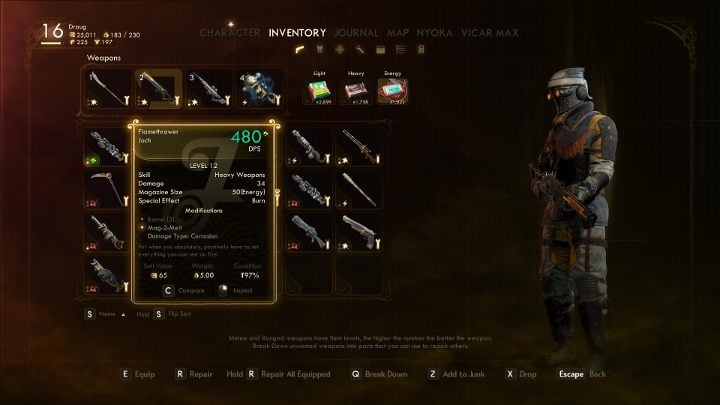 There are five types of damage in the game.

Damage type can be checked in the inventory by hovering over a particular weapon. The effectiveness of this type of damage depends on the opponent you are fighting. Some work better on mantisaurs, while others work better on heavily armored opponents. There are five types of damage in The Outer Worlds:

As you can see, it is worth having constant access to more than one type of damage. Get weapons with at least two different types of damage - this will make your character more versatile.

The damage type can be changed by selecting the appropriate weapon modification. Check the page dedicated to tinkering and crafting. 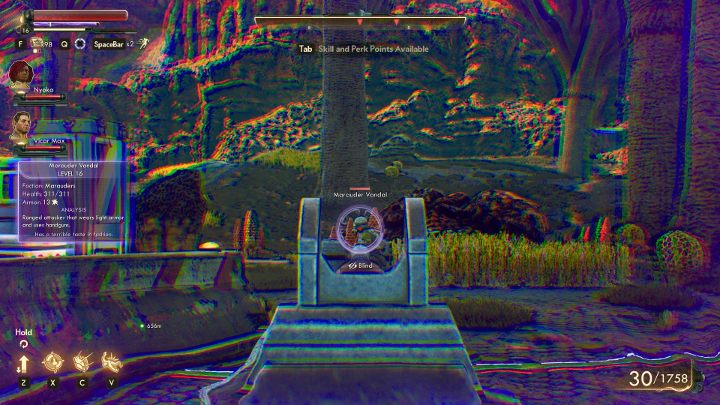 Tactical Time Dilation can give you a big advantage over your enemies.

Thanks to Tactical Time Dilation, you can easily hit enemies' weak spot (e.g. in the head.) It is also a great way to understand the overall situation on the battlefield. During the TTD, you can analyze an enemy by aiming at them - you can learn how much health and armor they have, and see their brief description, which will allow you to use the right tactics. Use the Tactical Time Dilation as often as possible - while it is active, try to hit the enemies' weak spots.

Of course, you can't use the Tactical Time Dilation endlessly. Look at the purple bar in the upper left corner of the screen - it represents the amount of TTD. Moving in TTD depletes this bar. However, you spend even more of it by attacking. The TTD panel is restored automatically when you don't use it.

You can activate Tactical Time Dilation by pressing the following buttons (depending on the platform): 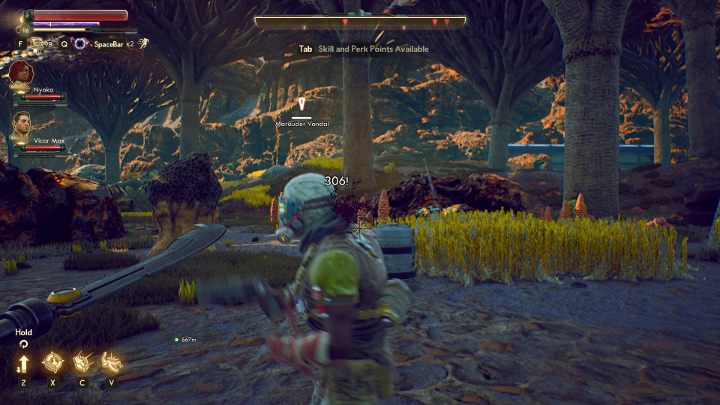 Many fights lead to direct confrontation.

Even if you decide to focus on firearms, it is worth having a decent melee weapon at your disposal. This is especially important at the beginning of the game, where you can often run out of ammo or face an enemy who isn't worth wasting ammunition. Remember that you have four weapon slots at your disposal, so sacrificing one on a melee weapon shouldn't be a problem. Thanks to this, you can do better on the battlefield and be able to defeat enemies in direct confrontation.

Melee weapons serve not only to attack, but also to block. This allows you to avoid some of the damage done by the enemy. Also, by improving the Block attribute to level 20, you will be able to perform a perfect block - if you block an attack right before it hits you, you will stun the attacker. 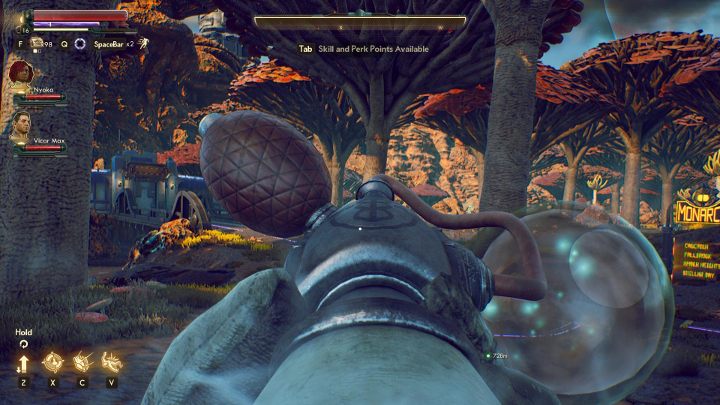 Health is restored with an item called Adreno.

During combat, you will certainly sustain damage - outside battles, health regenerates automatically, but during fights, you need to use an item called Adreno. You will find them during exploration and purchase from some traders - collect and buy them whenever you get a chance. Adreno restores some health points instantly - this item is a must-have.

The topic of healing and treating wounds was described on "How to regenerate health?" page.

How to heal in The Outer Worlds? To use Adreno, press the following buttons (depending on the platform you are playing on): 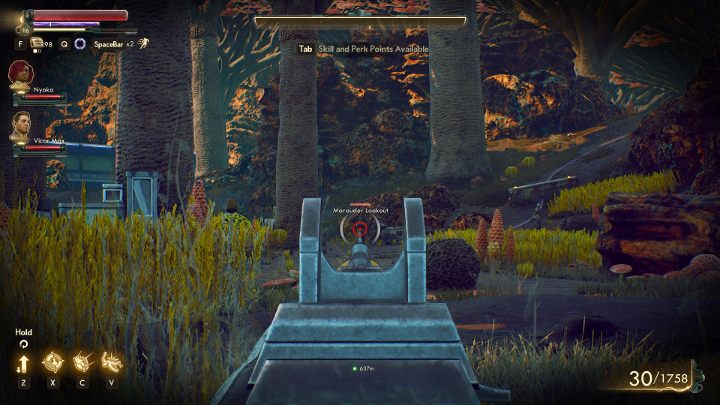 You can enter tall grass to hide from enemies.

Surprise attacks, that is, those that you inflict on an unaware opponent, deal additional damage. Even if you are not a fan of stealth, it is worth taking advantage of this method to deal more damage to the first enemy - develop Sneak attribute to increase the damage. Remember - you need to be in stealth mode to be able to perform a sneak attack. Use elements of the environment while planning a sneak attack - tall grass or boulders will hide your hero and make you difficult to find. 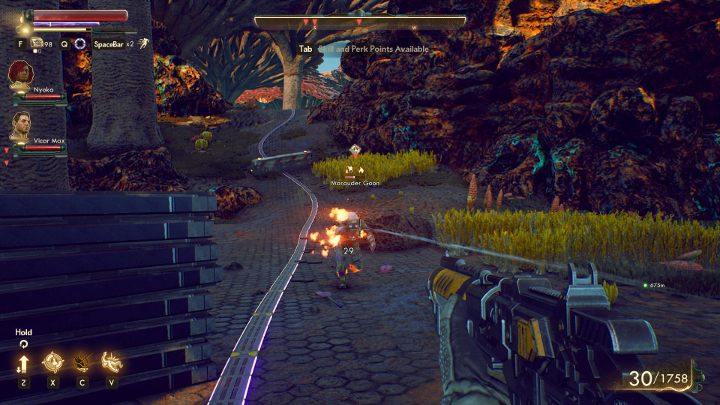 You can give basic commands to your companions.

Companions are very useful on the battlefield. Although they attack enemies automatically, you can still give them simple orders. Command icons are displayed in the lower-left corner of the screen. At the beginning of the game, you get access to the move order and the attack order - simply aim at the place you want to send them or aim at the enemy you want them to attack, and press the right button. After developing the Inspiration ability to level 20, you will unlock the option to use special attacks of your companions.

Do you want to get all the companions available in The Outer Worlds? Take a look at "How to easily get a companion?" page and check the list of all companion quests.