Stranger in a Strange Land is the first main quest in The Outer Worlds. This quest is your main reason to stay in Edgewater. This page has a detailed description of the quest.

Searching for the starship

The mission will start automatically as soon as you land. Your first task is to get inside the ship belonging to your would-be pilot. Follow the only available path. You get to the cave, where you will meet Guard Pelham. 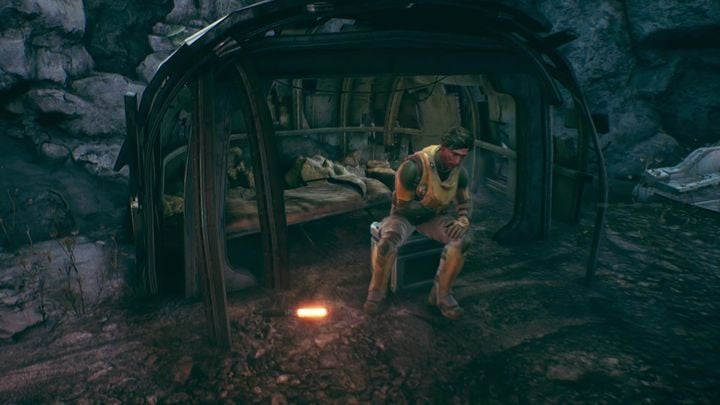 Talk to him (if you have enough Medical points, you can treat him) and convince him to give you his weapon. Thanks to this, you will be able to blow up the barrels blocking the passage. 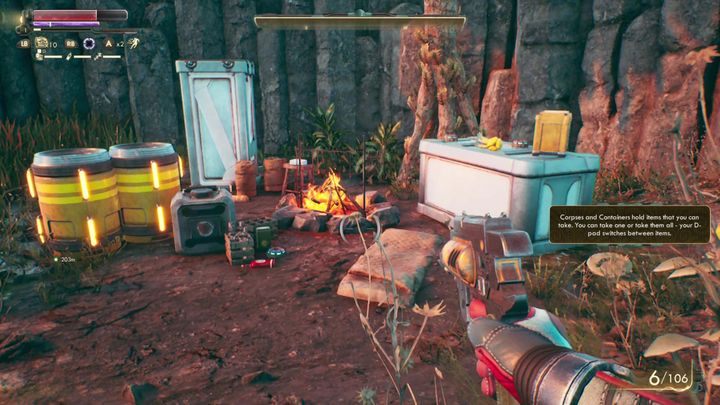 Moving on, you will encounter two groups of marauders. You can either kill them or avoid. As for the first group, it is better attack them. They have a lot of supplies that you can take. 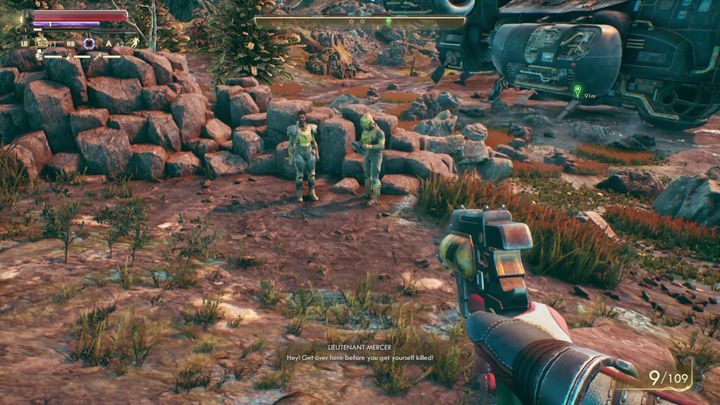 After dealing with the marauders, go to the area with the ship. Talk to the soldiers nearby. Use persuasion to make them help you clear the area from marauders.

Searching for the power regulator

Then, board the ship. You will find an onboard computer named ADA. Speak with it. This way you will learn that the ship is damaged and a power regulator is required to repair it.

Get out of the ship and talk to the soldiers again. Then, go to Edgewater. This city is the headquarters of the mayor - Reed. Go inside and take the elevator to the upper floor. That way you will get to the overseer. Talk to him about your problem. You learn that in order to get the power regulator, it is necessary to reactivate the Geothermal plant and redirect the energy. However, this has its consequences - Botanical Labs, inhabited by rebellious ex-citizens of the settlement, will lose its energy.

During this conversation, you will also get an opportunity to get a new party member. That person is called Parvati and she is an engineer. Talk to her if you decide to recruit this person - she advises you to talk to the local pastor (this is not required, however, if you talk to him, you will get The Illustrated Manual side quest). 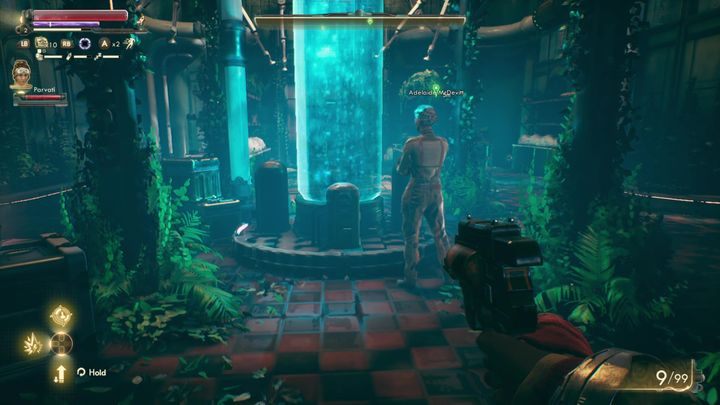 Then, go to the Botanical Labs. Talk to Adelaide, the leader of deserters. She will ask you to do the same thing as Reed - to redirect energy from the power plant.

Your next stop is the power plant. Deal with the robots patrolling the area and then go inside. Follow the corridors and eliminate more robots. At some point, you will reach the location shown in the image below: 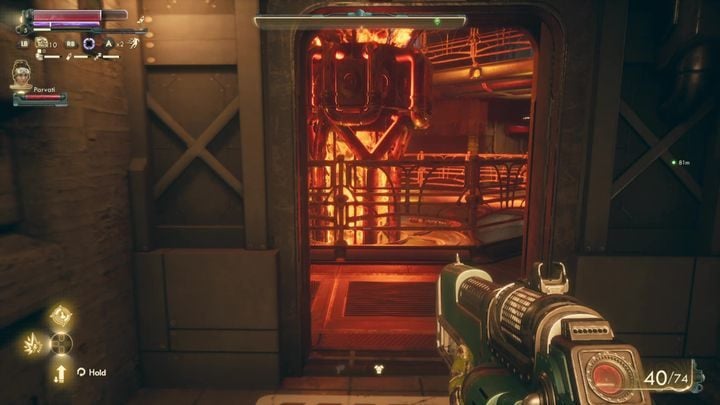 You find a ladder leading to the lowest floor. You meet a man named Higgins who has a card to reset the system. 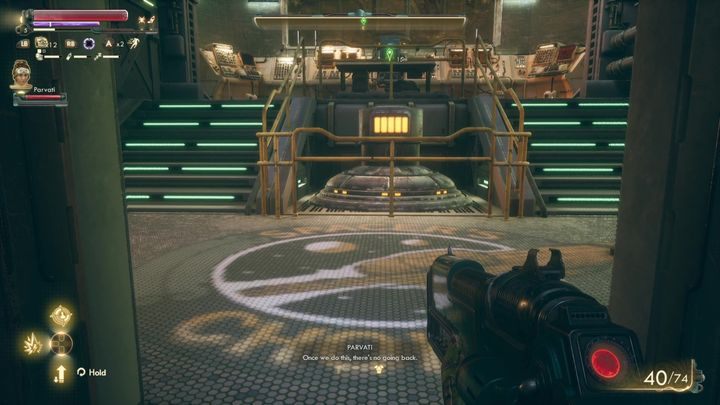 After that, go to the main control room. Use Higgins's card to reset the system. The redirection is, however, impossible to perform. To change this, you need to pull the three levers in this location. 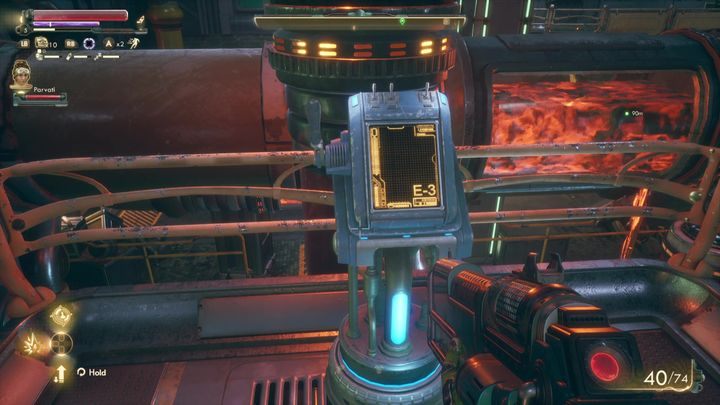 After completing this task, you can return to the control room and decide to whom you want to redirect power.

Time for the last part of the quest. Go back to Reed to learn where the power regulator is, take the part and then take it to the ship. Talk to ADA and install the device.