On this page of our game guide to The Last of Us 2 you can find various easter eggs, pop culture references and curiosities that appear during the stages in which you play as Abby (the second playable character of the campaign). These are not things or items that affect the main progress of the story campaign, but finding them can still be a lot of fun.

You won't find any large spoilers here. In our list we didn't include all possible curiosities, easter eggs or references to other productions. There are a lot of such elements in TLoU 2. Also, considering some easter-eggs as collectibles may be a subjective matter. 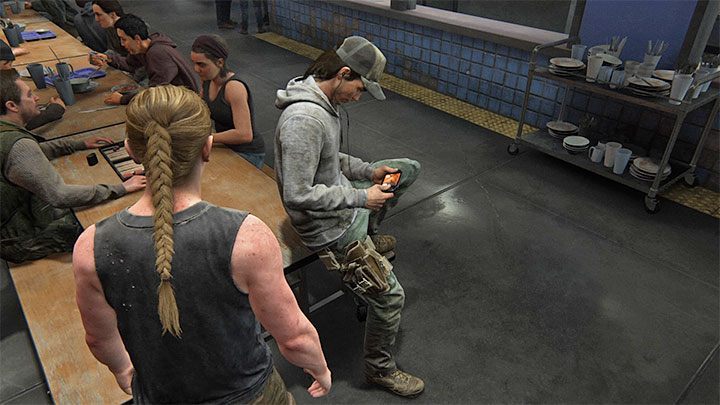 In the case of Abby, there are two main easter eggs associated with the PlayStation Vita console. In both cases, they concern the members of the WLF that will play on this console.

The first person you meet in The Stadium stage is a man in the canteen. He will play one part of the Jak and Daxter series released on PS Vita. It is worth recalling that this is a series of games developed by Naughty Dog studio, the same one that is responsible for The Last of Us. 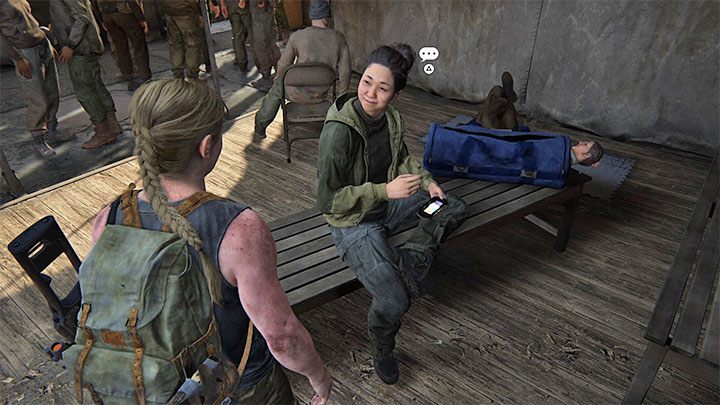 The second meeting is much more interesting. In The Forward Base stage you will come across the same woman (Whitney) that you previously managed to surprise during the stages in which you played as Ellie. Again, in this case she will play the Hotline Miami game, which was released on PS Vita before the date of outbreak in the game world. 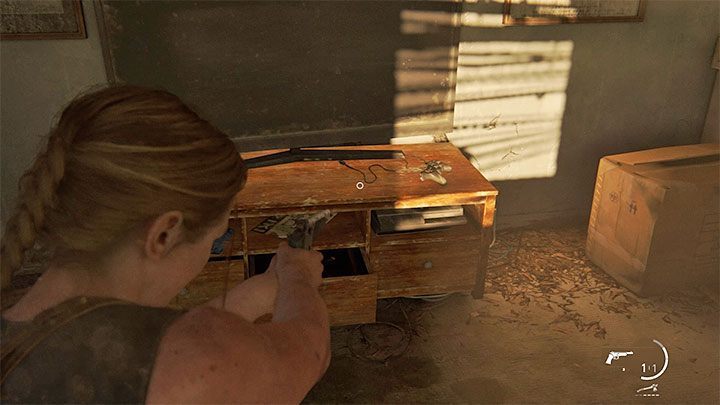 Just like Ellie, Abby may also encounter a PlayStation 3 during her missions. It is in one of the residential buildings explored in the Hostile Territory stage. 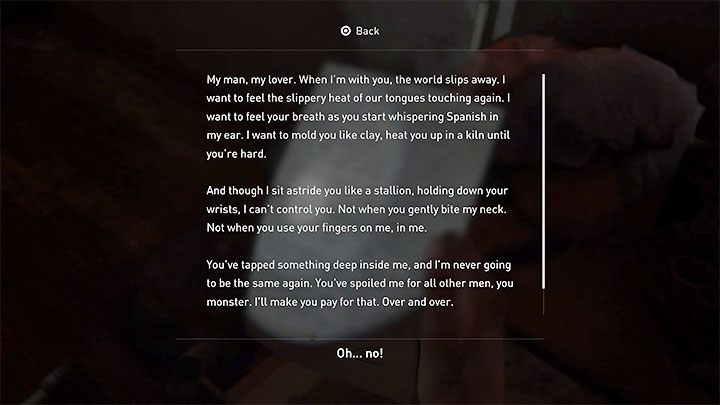 The aforementioned Hostile Territory stage also hides another interesting easter egg. In one of the first buildings explored during this level you will find a document hidden in a bedside table in the bedroom. It is a passionate love letter. 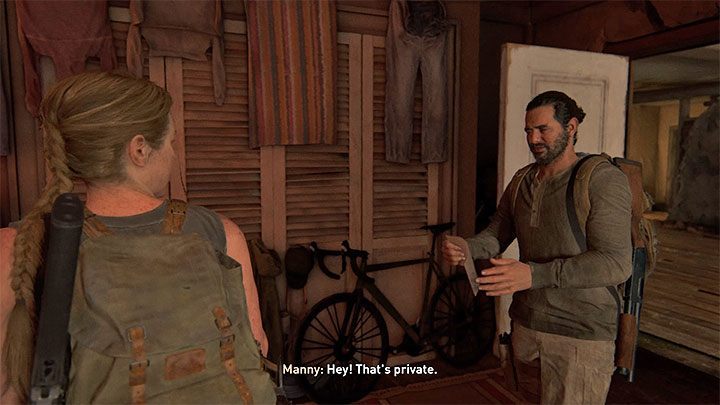 The letter you have found is the only collectible which you won't be able to add to your inventory. An embarrassed Manny will snatch out the letter from Abby's hands, claiming that his love letters are a private part of his life.

Abby and her fear of heights 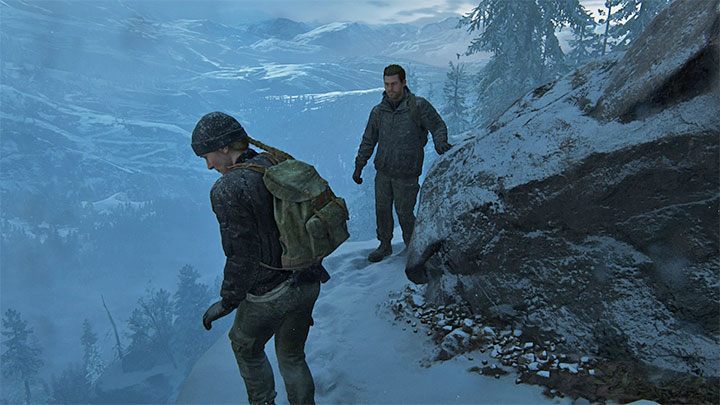 One of the major curiosities of The Last of Us 2 is that Abby suffers from a fear of heights, and this has been shown throughout her campaign. You can find out about her phobia in the early stages of the game when Abby gets scared while walking on a narrow ledge during The Overlook stage. 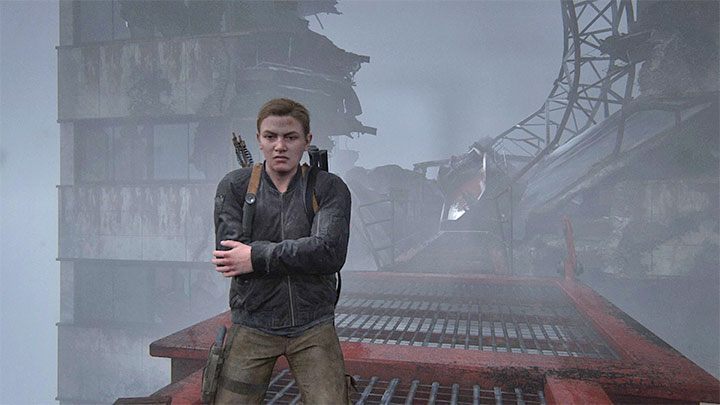 However, the real test for Abby and an attempt to face her fear of heights occurs in The Shortcut stage, in which she and Lev decide to climb a skyscraper. One part of the climb sequence involves crossing over the crane and Abby will have a lot of problems with this challenge. It is worth noting that the scene is not entirely realistic, as in the real world a person with a fear of heights would not be able to walk unprotected over such a high-placed object. 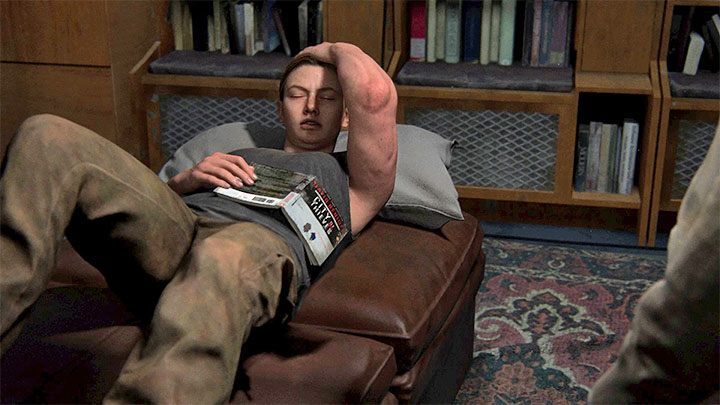 In The Stadium level, you can notice that Abby is reading a book - City of Thieves by David Benioff. It is a subtle but quite significant easter egg, as this book served as one of the inspirations for The Last of Us. 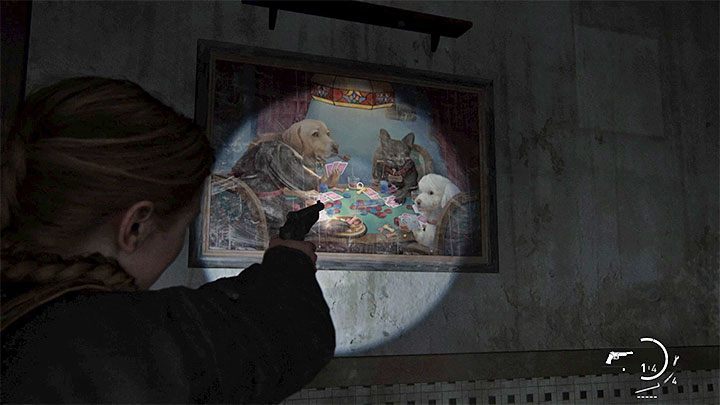 While playing the game as Abby, you may come across a funny picture which depicts dogs that play a poker game. It is a reference to the card game of the same name. 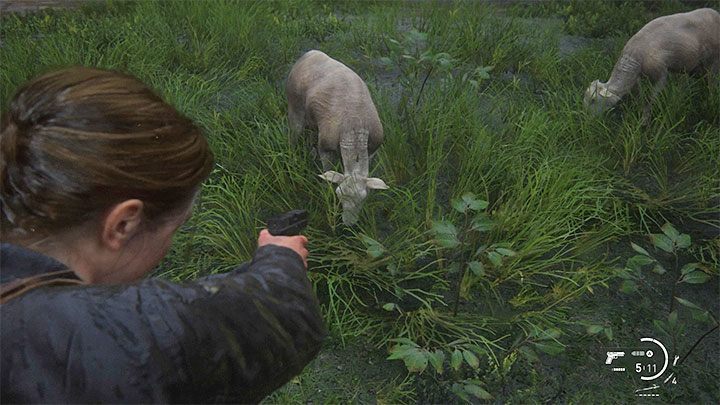 During The Island stage, Abby will visit an area in the village of cultists with some sheep. The game exceptionally doesn't allow you to murder them - after you target a sheep with your crosshair it's impossible to shoot. The same applies to the breeding animals available in The Stadium stage and the wildlife encountered during the game. The only variety of animals that can be killed in The Last of Us 2 are dogs, although even in this case the game offers a choice and it is possible to sneak through locations with dogs without killing them. 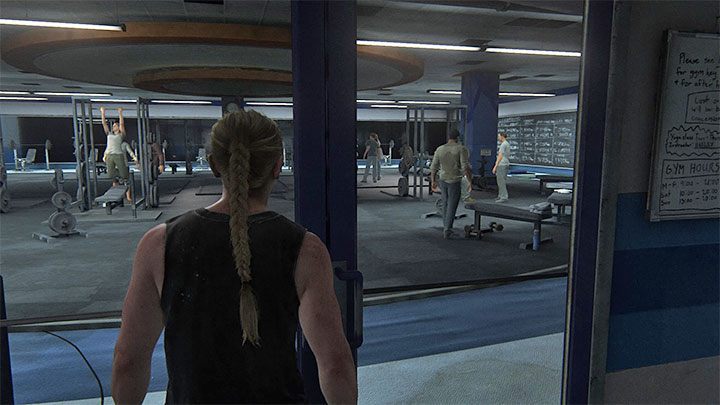 During The Stadium stage you will pass, among others, the room where the gym is located. This, combined with Abby's commentary from The Aquarium stage on lifting a record weight, explains the increase of her muscles compared to the Tracking Lesson level, in which you play as the younger heroine. 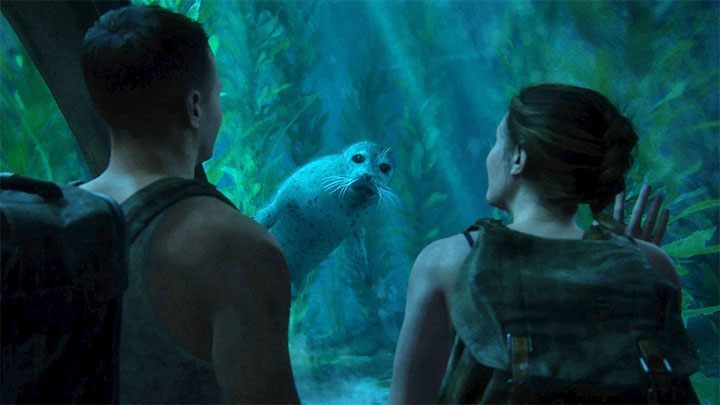 During The Aquarium stage, which is one of the flashbacks levels of Abby, the heroes will reach the reservoir where a living seal is swimming. Unfortunately, no additional interaction is possible with this charmingly looking animal.