This spoiler-free page of our guide to The Last of Us 2 contains a detailed walkthrough of The Resort stage. This is the last stage in the game, during which you have to take part of difficult battles and witness a dramatic finale of The Last of Us 2. 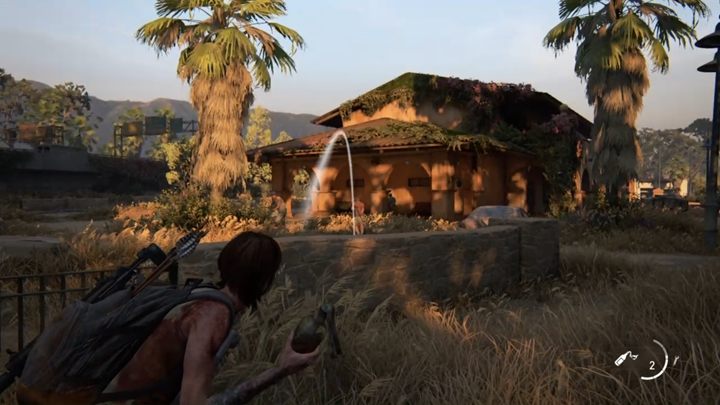 You have to fight enemies at the very beginning of the level. Slave hunters are heavily armed, so it's worth staying vigilant. Ellie acquired a heavy rifle, which is very useful in the upcoming battles. If you want, you can throw a few Molotov cocktails and shoot at the enemies with the heavy rifle. Among other things, it's worth to kill the guarding dog which can cause a lot of trouble. But if you prefer to play it quietly, hide in the grass and go around the building. After that attack individual enemies from behind. 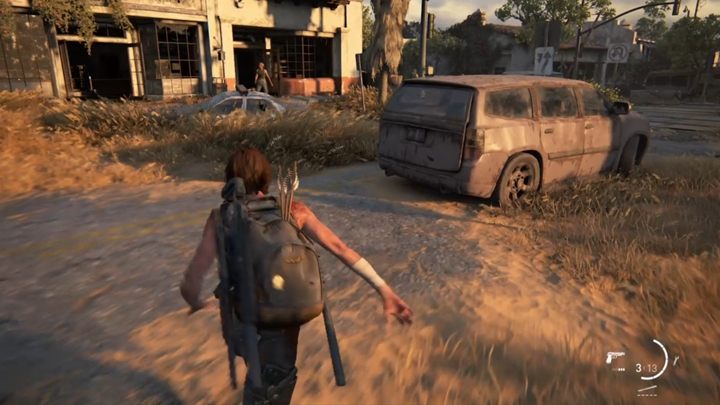 A little further on, you'll find another enemy outpost. It's a little better guarded this time, so try to eliminate some enemies quietly. A bow, hiding in the building and silent extermination will work very well here. 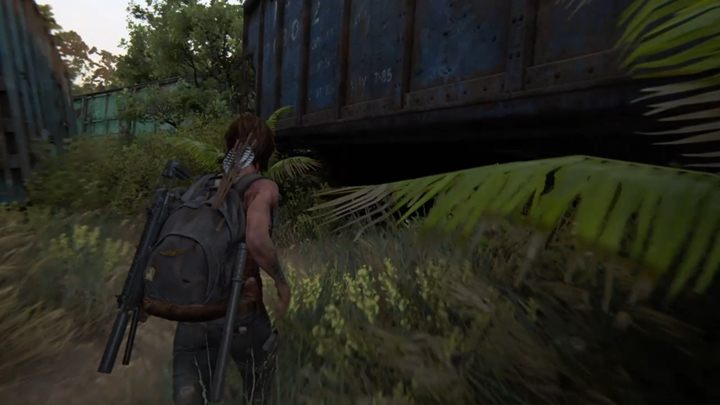 After all, walk towards the trains and open the hatch to the compartment. Move on, and after a short time you'll watch a cutscene depicting the huge resort - it's the enemy's headquarters. Restore your strength, make supplies and when you're ready, crawl under the blue wagon. 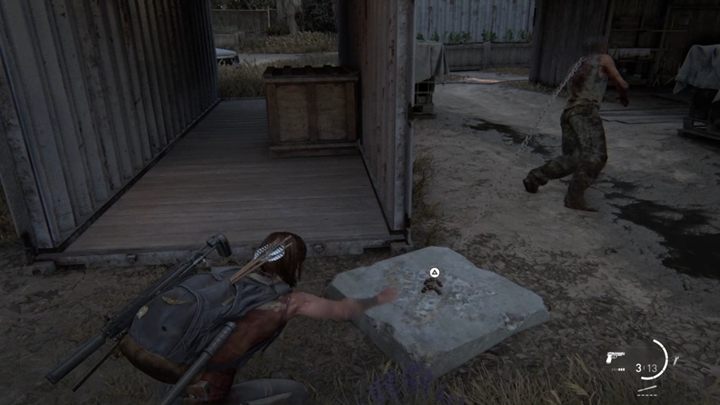 Watch the cutscene in which one of the guards is tormenting a runner. When no one's looking, release the mutant to make a little trouble and confusion. Then silently assassinate more enemies in the area. 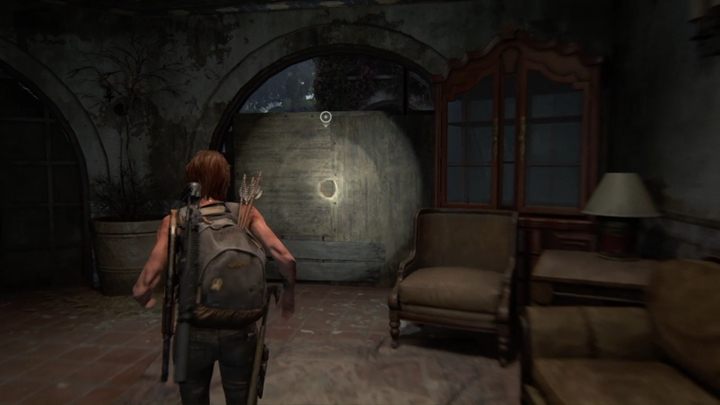 Go into the building now. You have to find a barricaded passage and jump through it to the resort area. 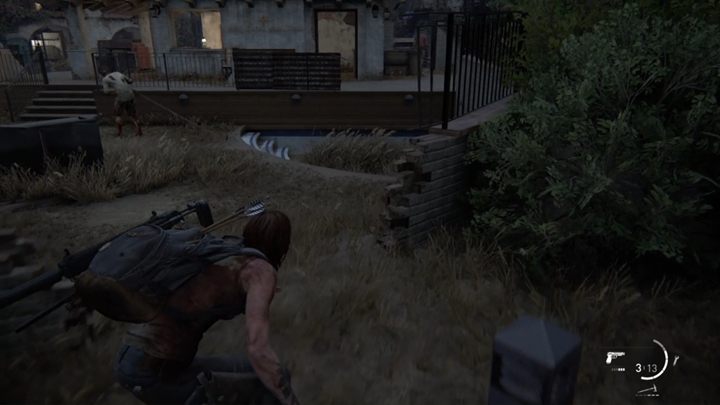 The Resort is a gigantic location. This is the final battle arena in which you have to fight against last opponents in TLoU2. It evenfeels like it. There are literally hordes of enemies in the area, and what's worse, they are well armed. Almost every foe has a rifle, shotgun, etc. In this case, there is no point in attacking directly, at least not immediately. Much better way is to use a trickery. In the resort you will find an imprisoned runner. Sneak up on him and free the creature. 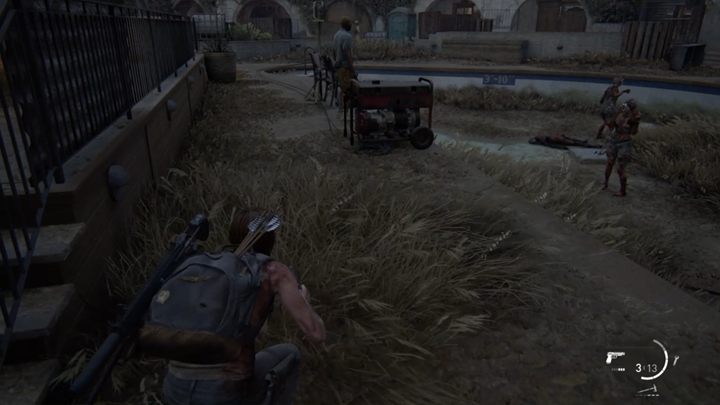 Closer to the building, you'll find two clickers. Kill the guard who's watching them. Move away from the clickers, and when they look the other way, release them. Mutants can effectively wreak havoc on slave hunters. Take advantage of the existing chaos and try to remain silent, that is by using the guard's bow. 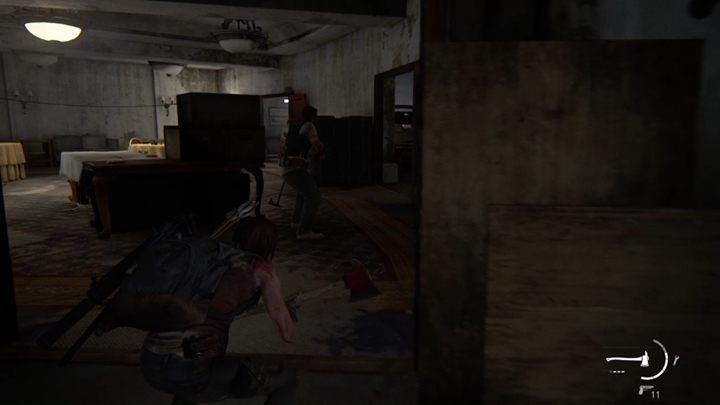 When the situation calms down a little bit, you can go inside the resort and finish off remaining enemies. Go up the stairs and jump to the other side of the facility. The next wave of enemies awaits you here. This time try to eliminate as many opponents as possible by sneaking on them and finish the rest with weapons and gadgets. 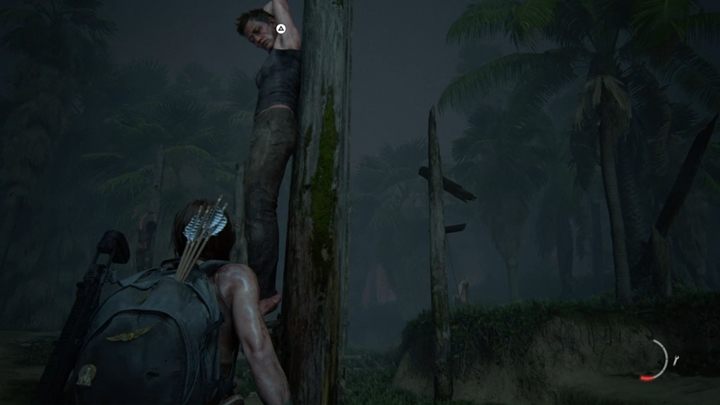 Go deep into the resort and after the cutscenes, you'll find out where Abby is. Go to the beach and find Abby on the pole. Release her and go with her to the boat. 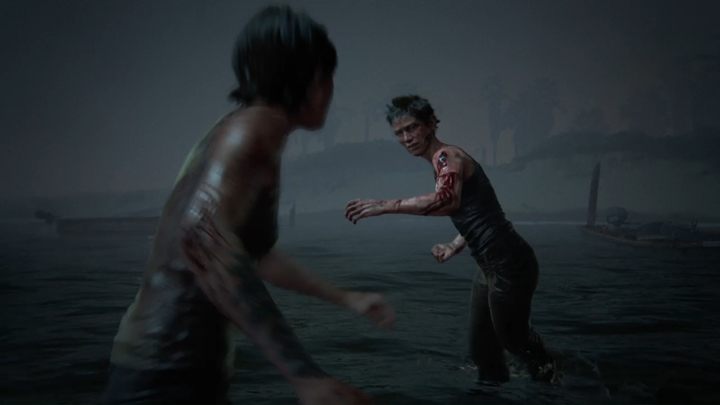 After the cutscenes, the last fight in the game awaits you. You have to confront Abby. Perform dodges and attack your opponent by using the switchblade or hands. The duel is quite simple, just don't forget about performing the dodges. Also, press the proper buttons on the screen at the right time in order get released from the grip. Finally, the duel will end. After that you will move to The Farm. 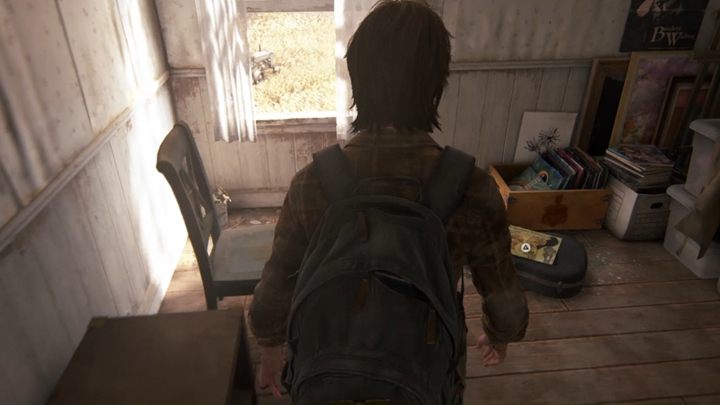 Go upstairs to a room with the guitar. Let Ellie play the guitar for the last time. Now you will watch the last cutscenes. This is the end of the adventure! You have completed The Last of Us 2!