On this page of our trophy guide to The Last of Us 2 you can find a detailed description of unlocking the Looks Good on You trophy, which is awarded for putting a hot on your companion. From our description you will find out which stage allows you to earn this trophy and what steps you need to take. 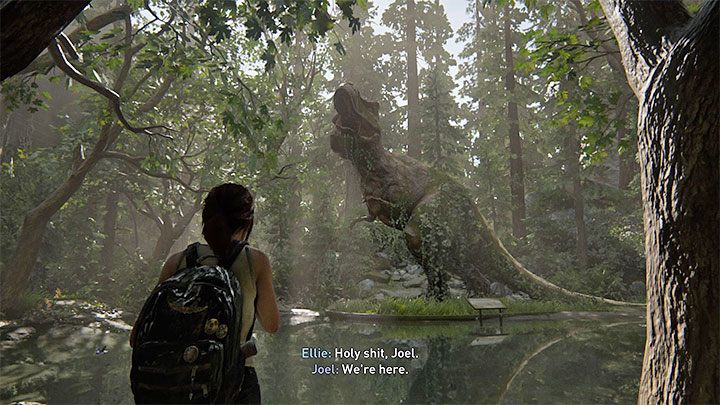 This trophy can be earned in The Birthday Gift level. As a reminder, this is the first level-flashback where Ellie, a few years younger, visits an abandoned museum with Joel. Complete the initial part of the stage until you reach the main entrance to the museum, next to which there is a large T-Rex model. 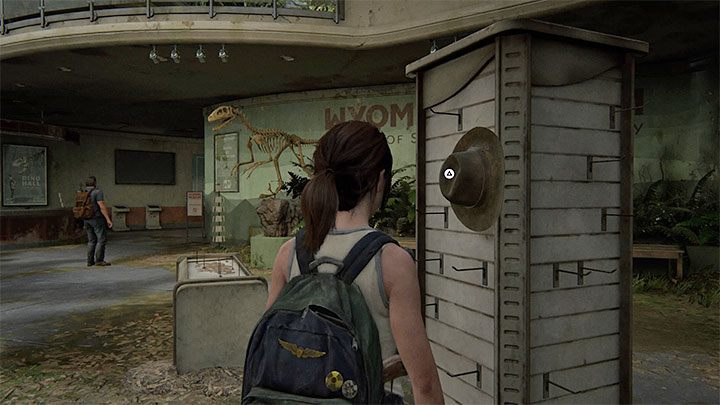 Enter the museum, pick up a guide to the dinosaur exhibition from Joel and explore the first exhibition room. On the right side there is a hat stand. Ellie has to take a cowboy hat and wear it. 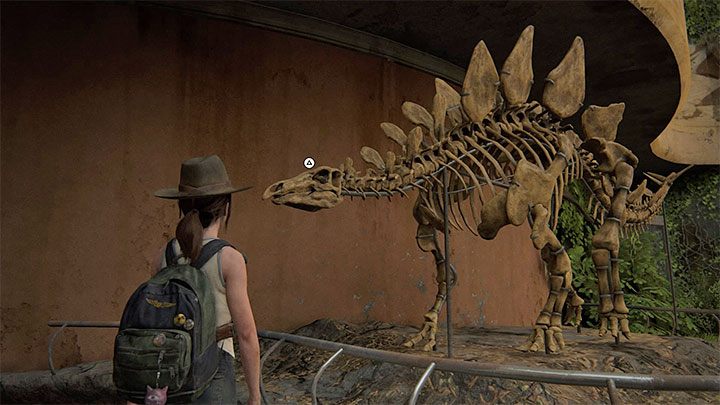 Go to the second room of the exhibition and interact with the skeleton shown in the picture. Ellie's going to put a hat on the dinosaur for a while. 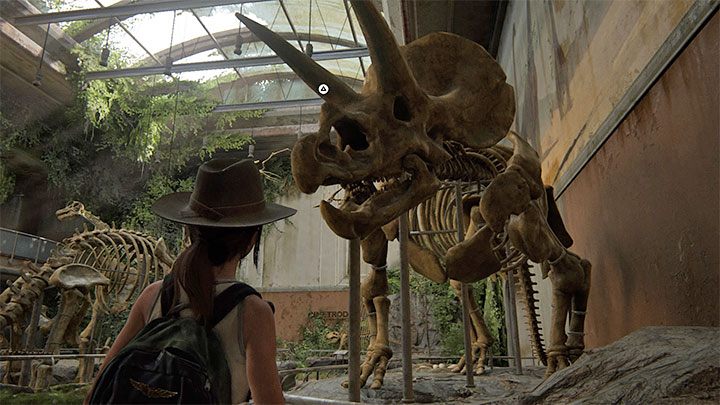 Do the same with another dinosaur skeleton. 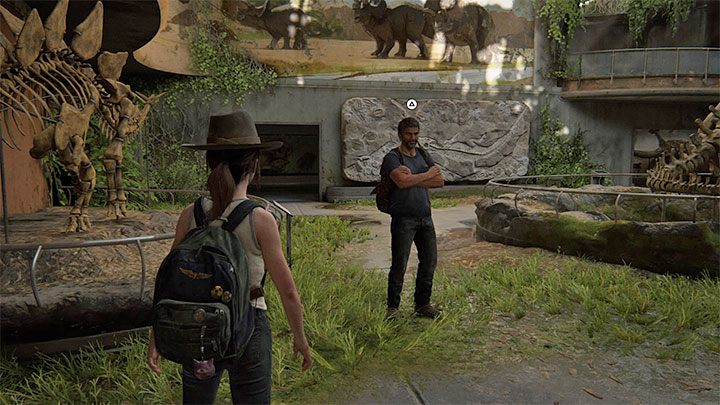 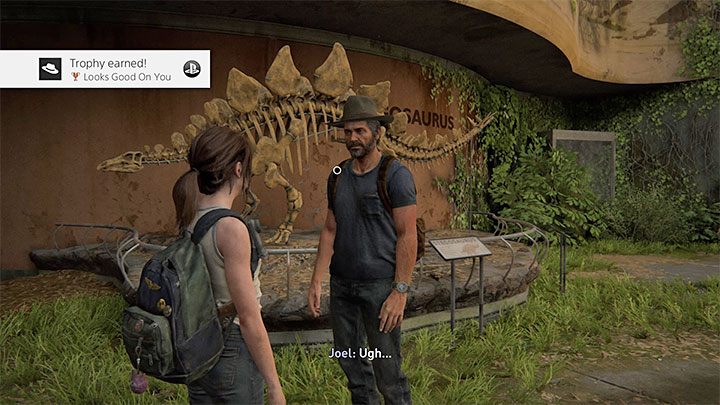 After removing the hat from the second skeleton, an interaction icon should appear above Joel's head. Go over to Joel and make him to put on the hat that Ellie gave him. This will be rewarded with a trophy.

As a curiosity it is worth adding that Ellie can find another hat for herself in the other part of the museum. Joel, on the other hand, will hang the hat he received on a large skeleton when he gets to the upper floor of the building. However, none of these actions are related to the trophy anymore.