On this spoiler free page of our guide you can find a detailed walkthrough of The Escape stage. This is one of the final stages of The Last of Us 2, that takes place in Seattle Day 3 chapter. 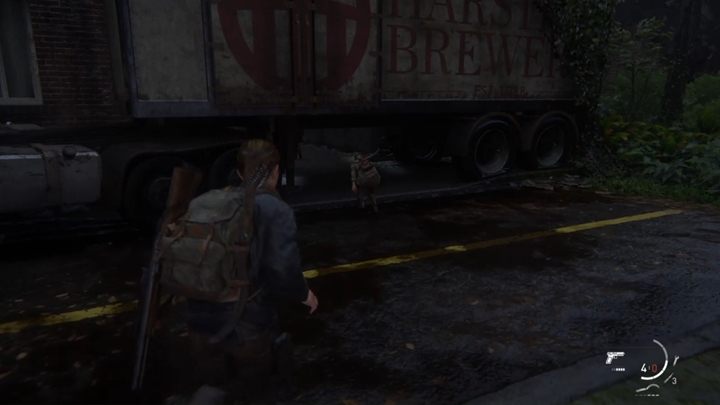 The first stage of this sequence is to follow Yara and Lev. Your companions will guide you to avoid the forces of Seraphites and Wolves. Unfortunately, as a result of tragic events, you will come across Isaac and face a direct confrontation. 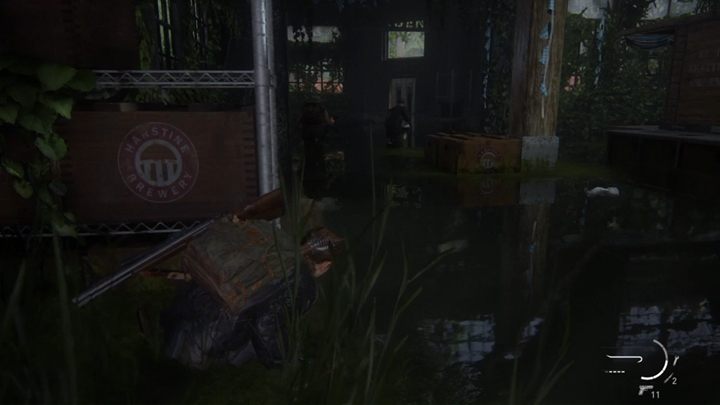 After a cut-scene, you will end up in a small storage room. Restore your strength and create bombs and rifle ammunition. As a result of recent events, Abby is considered as a traitor and the Wolves will attack her on sight. You have to fight your former comrades. Kill them with bombs (or quietly, although it will be difficult to remain undetected in this area) and firearms. 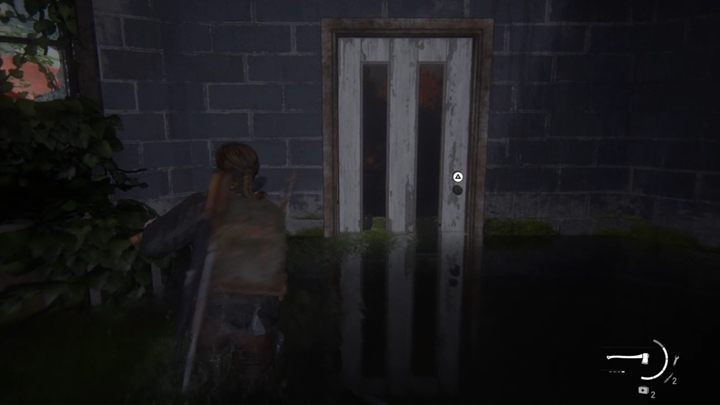 You don't have to kill all your opponents. All you have to do is get to the door without being detected. You and Lev will escape from the area. 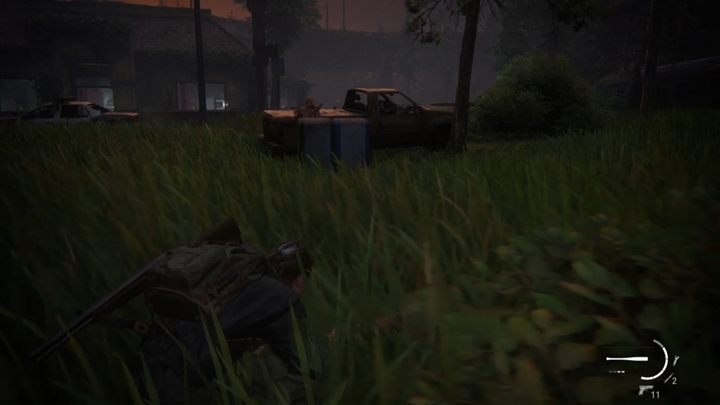 Climb the ladder with Lev and keep going. After a short time you will see a glow of fire - the Wolves have launched an attack on the Seraphites. You can use it to sneak behind the back of a faction and eliminate enemies one by one. 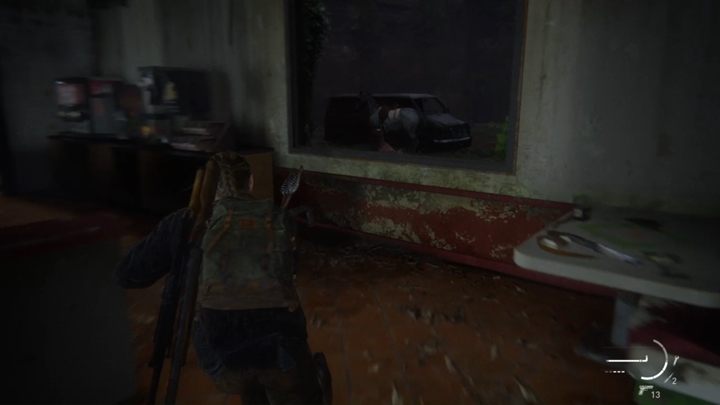 Like before, you don't have to kill everyone. You just have to reach the building and jump out through the window to get to your horse. Mount it and start the escape sequences from the island.

Running away on a horse 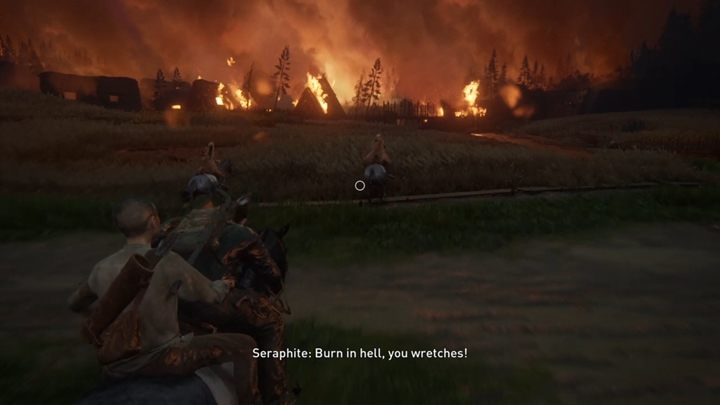 Ride ahead and avoid obstacles and enemies. Occasionally, some enemies will be so close that you can aim at them and kill them. Hunt mainly for riders who might pose a threat. 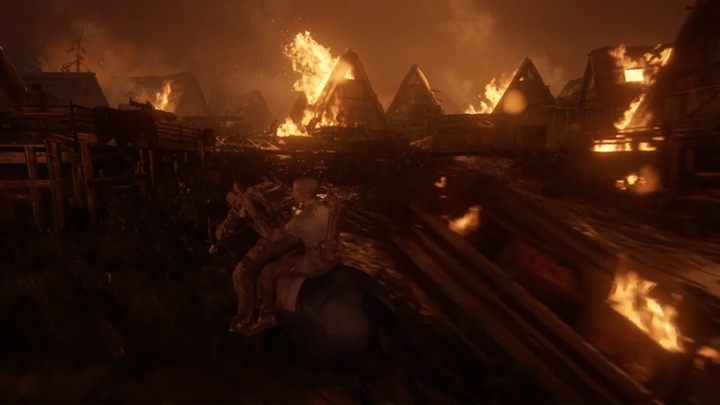 Shoot at the riders and ride through the burning village. Unfortunately, at some point you will be knocked off your mount.

The final part of escape 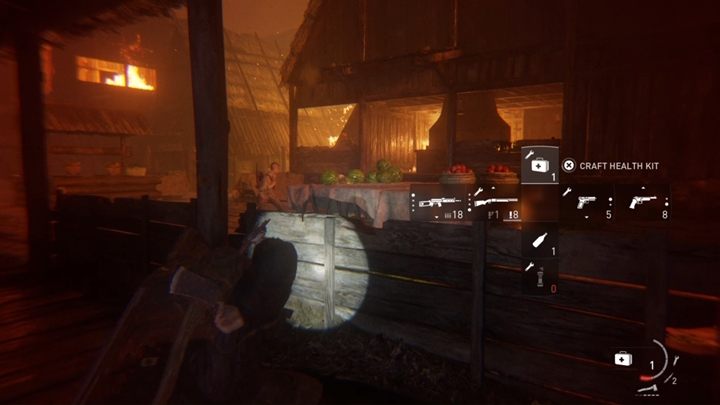 Run towards the coast. Along the way, you'll encounter individual duels between Wolves and Seraphites. Try not to engage in combat all the time, rather pass them by and only kill enemies that may attack you. 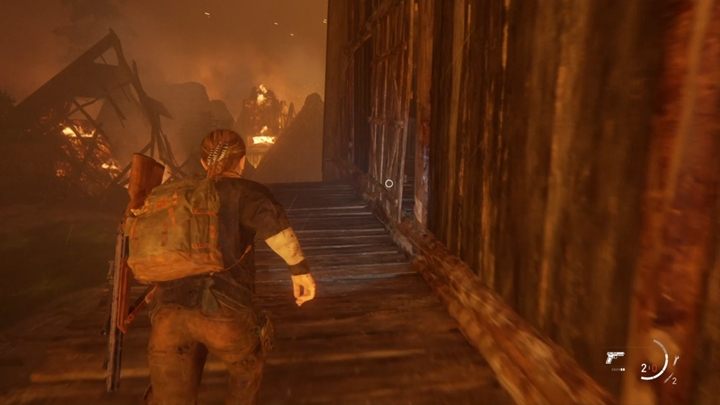 Enter a burning building. Cross through the wooden beam, then jump to the floor below. Jump down to the ground and help Lev pick up the boards. 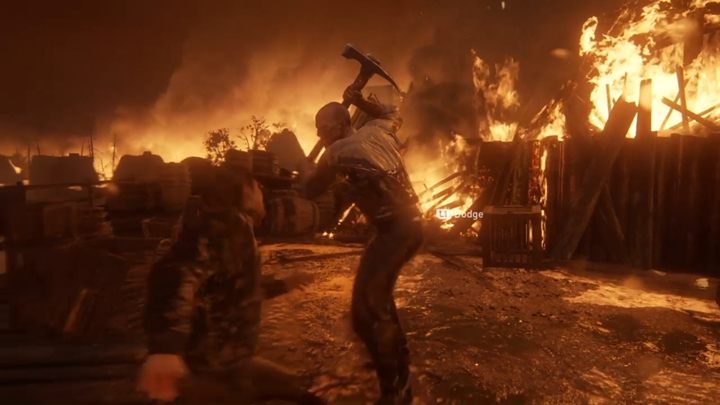 Pick up the sickle and save Lev from the executioner in the last minute. The enemy will throw himself into battle - unfortunately, you don't have a firearm. You will have to perform a lot of dodges and use a melee weapon. You will also have to complete a QTE sequence, so keep a close eye on the pop-up buttons at the end of the duel. After you win the battle, run after Lev - you don't have a gun, so just run straight to the boat.

Return to The Aquarium 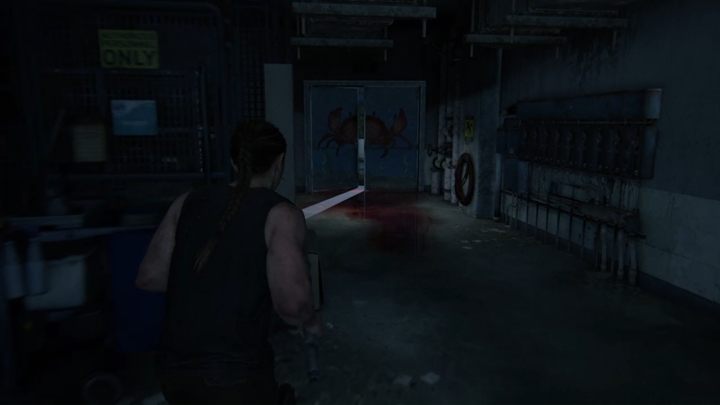 Run to The Aquarium and go inside. You'll soon realize that something is wrong. Go to the main hall and Abby will witness what you've already seen as Ellie. The woman craves revenge...