In this spoiler free chapter of our walkthrough of The Last Of Us 2 we have prepared a detailed description of The Ground Zero stage. Abby's heading deeper into the hospital to get the equipment required for the surgery. However, there will be many obstacles in her way...

Road to the Hospital 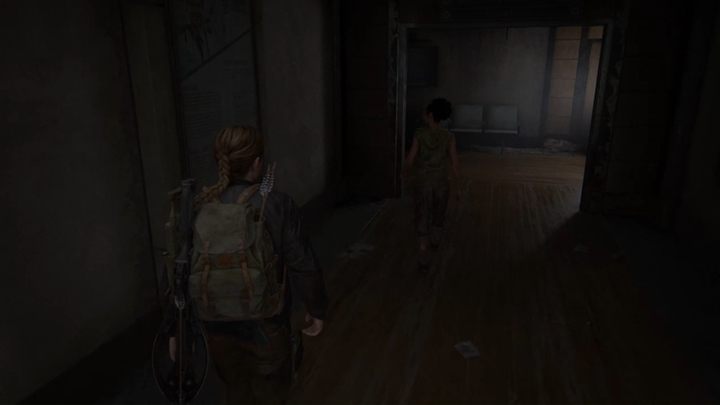 Swim to the hospital. Don't worry about the guards - after all, Abby is one of the Wolves. A lot of dialogues and cut-scenes await you. Follow Nora, who will lead you to the deeper levels of the hospital, which are swarming with mutants.

Lower levels of the hospital 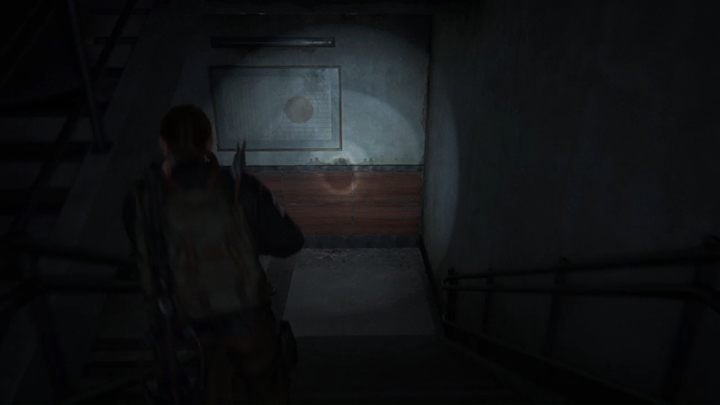 Search the next floors. However, you will soon discover that the medical equipment is on the lower floors. Take the stairs down, and after a short time you will reach the quarantine area. 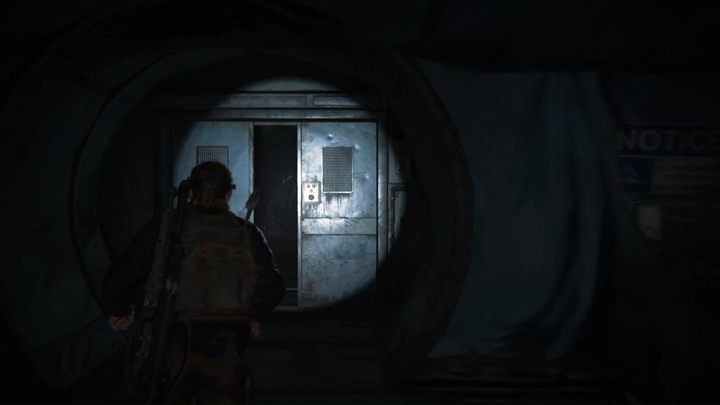 Try to reach other wards and you'll find out that they're closed. You can only enter the surgery - go to the ward and you'll hear clickers in the distance. Don't worry about them for now, as the enemy is still locked up. 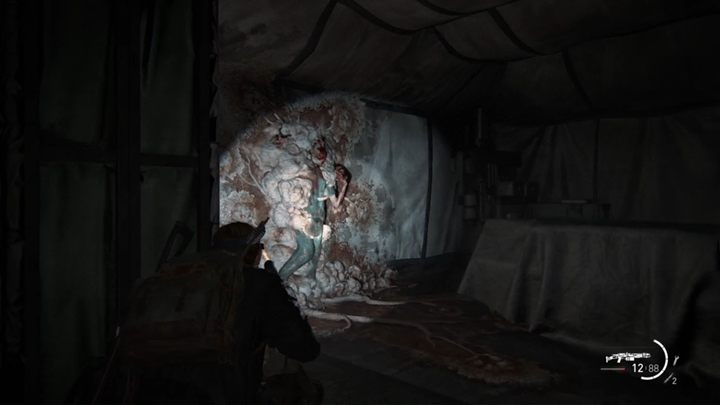 Watch out for enemies that emerge from the walls. These monsters will charge at you if you're close enough to the wall. Try to kill them quickly. 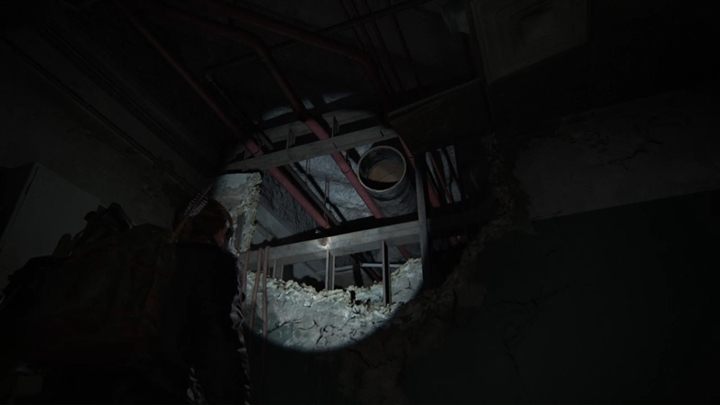 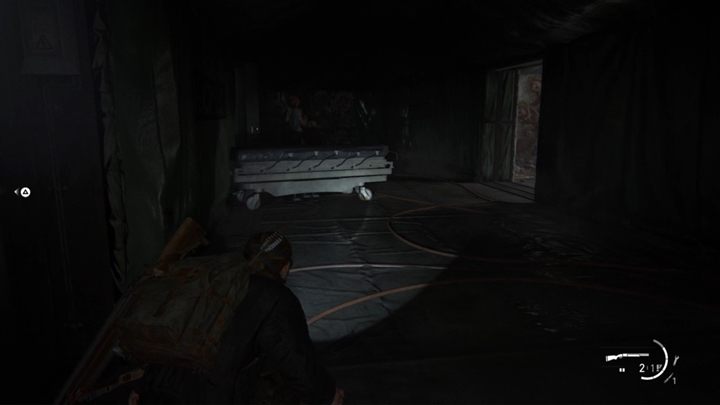 To make things a bit more difficult this procedure will also open previously closed rooms. In other words, many Clickers have just been released free from locked rooms. Try to kill them silently and save your ammunition as you'll need it quite soon. 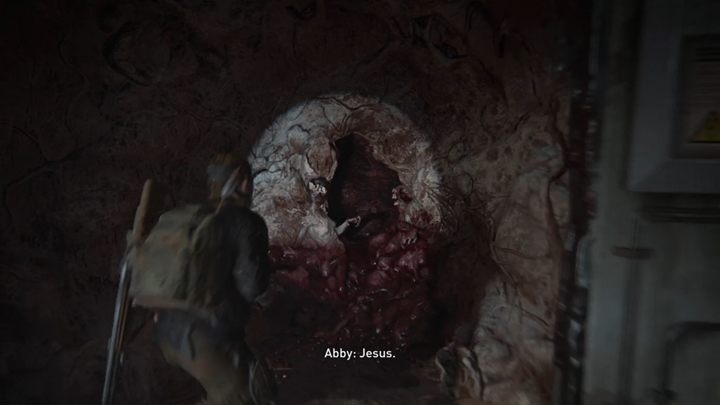 Get out of the surgery ward and go back to the room where you heard a suspicious mutant sound. The door will be open. You will see a strange cocoon. Enter it and move on. 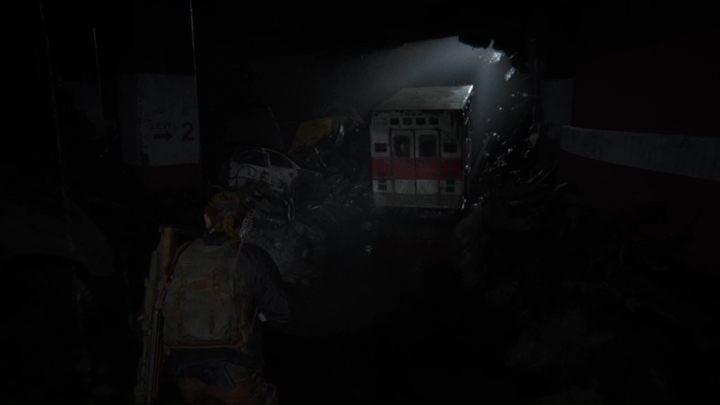 Approach the ambulance to collect the equipment required for the surgery. You'll watch a cut-scene. A boss will appear, patient zero - Rat King.

Need a detailed boss fight walkthrough? Go to The Rat King page of our guide! 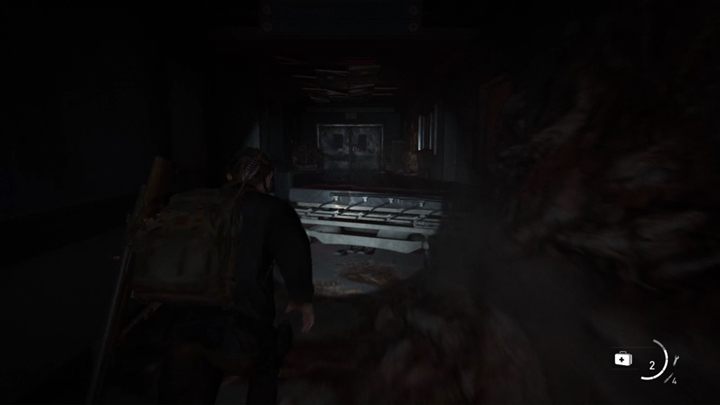 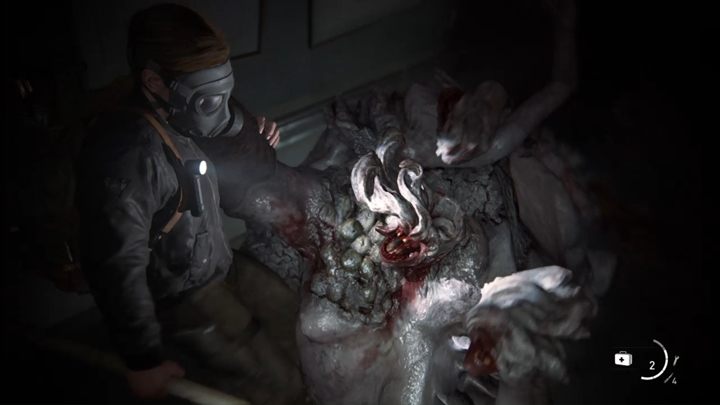 First of all, get out of the ambulance by using square button and run straight ahead. Run away from the creature by jumping over obstacles and heading towards doors, gaps, etc. If one of the doors will be closed, then run towards the boss, turn right and head to the door with an axe. Use your weapon to escape from monster's hands. 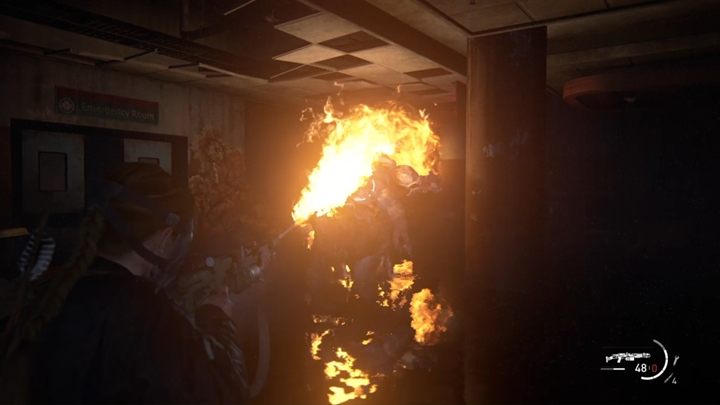 You'll fall down with the monster, patient zero. You have to fight the boss. Don't let the monster get too close to you, cause he'll kill you instantly. In addition, if the enemy gets very close to your heroine, he launches a gas attack, which additionally wounds Abby. Use the flame thrower and keep the creature at a distance. 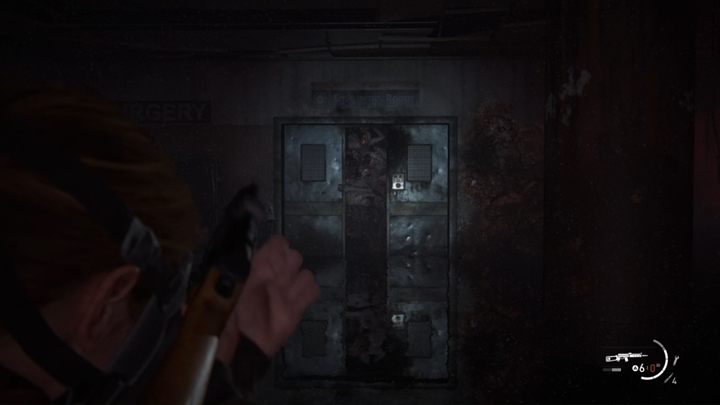 When the creature gets close, turn right and run ahead. Look for narrow passages and corridors through which the monster will move at a much slower pace. It's the perfect time to throw bombs, use a rifle, etc. 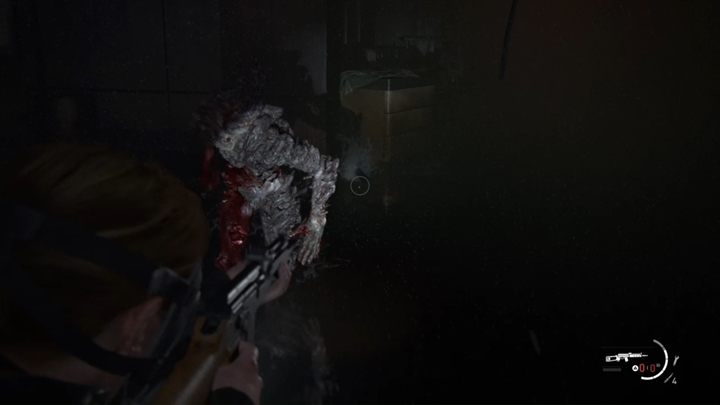 At some point, the boss will split up. A minor mutant will emerge from his body. As soon as this minor creature gets close to you, scare him away with a few shots. 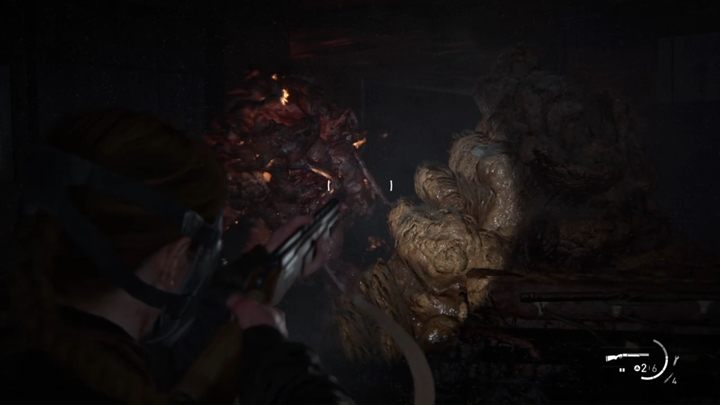 It's a good idea to move the chasing boss near a column or a huge tissue shown in the picture above. Keep running around with the monster. Shoot at the enemy and make him stay at a distance. Don't get caught. After a while, Rat King will be defeated. If there is a shortage of ammo, remember that there is some free equipment lying around - collect whatever you can as you flee from the monster. 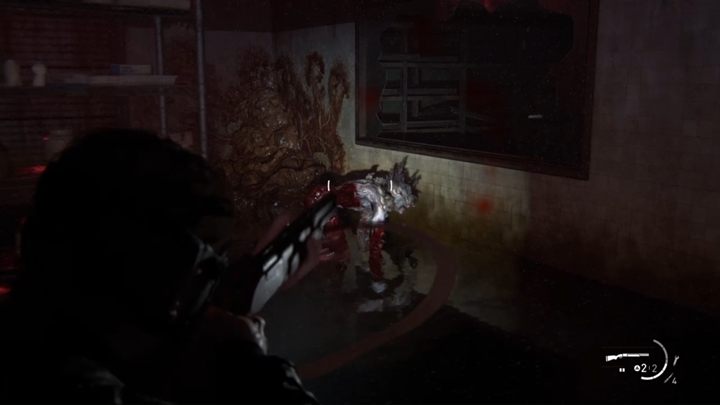 Walk to the exit, and you'll come across another part of the boss. However, this section of the boss will be running away from you. Follow it. After some time it will attack you. The enemy prefers to perform some sudden strikes while being hidden, so stay alert and make extra shells for shotgun. It's a perfect weapon against this opponent - soon the enemy will be eliminated. 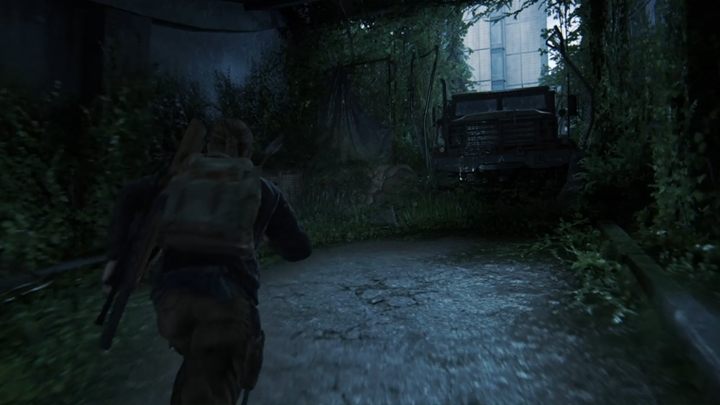 Now open the garage door and move towards the light. This intense stage is finally over!