In this spoiler free chapter of our walkthrough of The Last Of Us 2 we have prepared a detailed description of The Shortcut stage. Abby is returning to the hideout of recently met children of the Seraphites faction.

Road to Lev and Yara 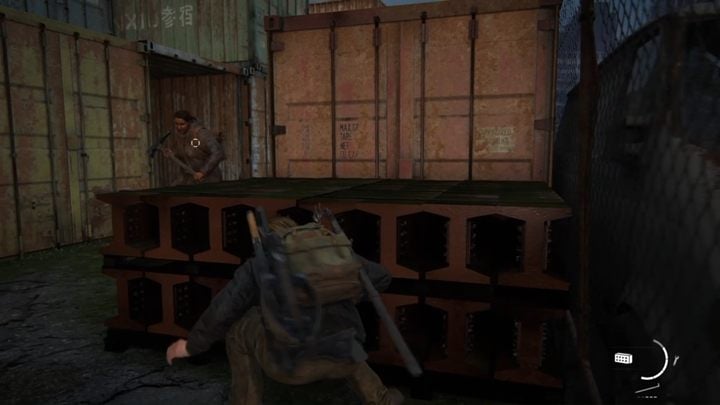 Pick up the board and place it in the proper way - so that you can walk on it. Go to Lev's hideout, you'll hear other Seraphites around. There are no other options here. You have to attack the enemy faction. Hide behind containers and obstacles. Many members of the Scars (a.k.a. Seraphites) walk alone which can be used for a silent execution. You can use a crossbow, but it's good to have a few spare blades. Especially if you want to immediately kill warriors armed with two-handed weapons. Be careful, because the enemies will also try to burn you down with the help of Molotov cocktails. 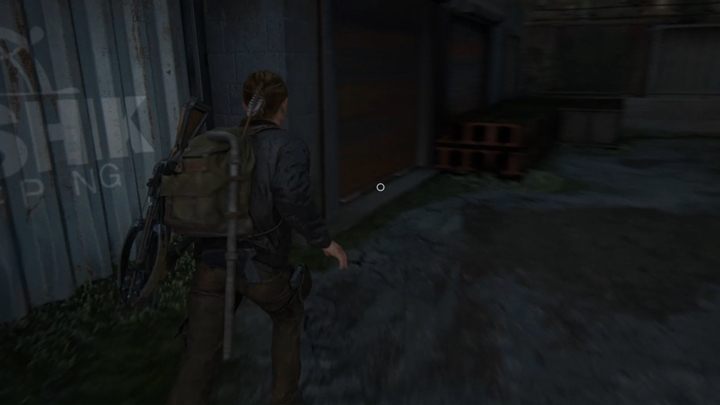 After the battle, run to the garage door and lift it up to move through. Get out of the storehouse by using the back entrance, jump over the gate and run to Lev and Yara. After a cutscene, you will be transferred to The Aquarium.

Road to the Hospital 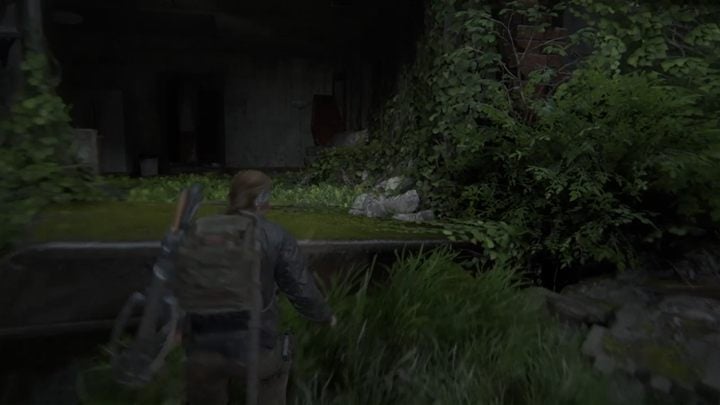 Run after Lev, who knows the way. He will indicate a tall building - you have to get there. Go up the river and jump on subsequent the rocky ledges, which are available nearby, to get higher and higher. Finally, you'll get to the uncovered, ruined building - enter it and Abby will comment that maybe it's possible to get to the top. Climb the stairs and break the glass. Then, keep walking up. 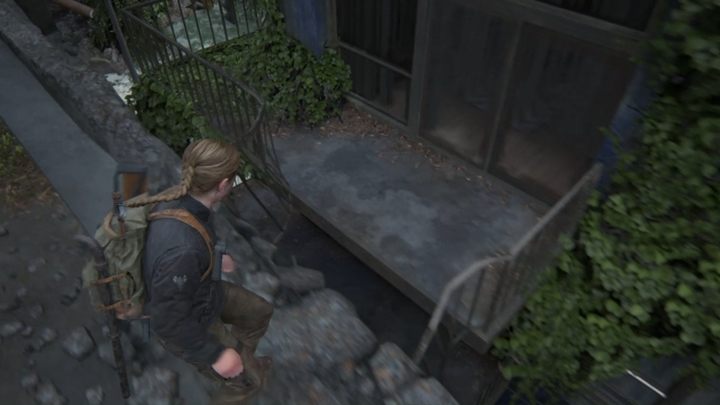 Once you reach the roof, jump on the destroyed bridge. Cross that bridge and at the end jump on the balcony of the adjacent building. On the way you will find a safe (code - 30-23-04). Go to the staircase and run up the stairs. 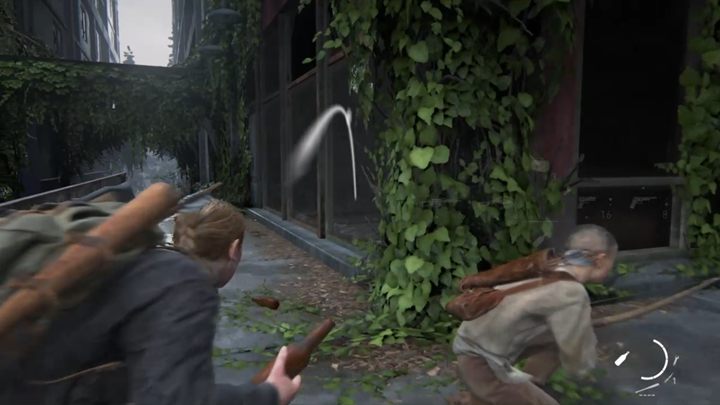 Continue on until you reach the next balcony. However, after a while you will hear some strange sounds emitted by infected. It is quite difficult to surprise them, as you have to break the glass in order to reach them. Direct combat is possible, but the final result of this difficult battle can be fatal due to the limited space. It is better to choose a brick or a bottle, throw it as shown in the picture and retreat to the right. The mutants will run out to the balcony. However, after a while they will return to the apartment. This way, at least some of them can be eliminated quietly. 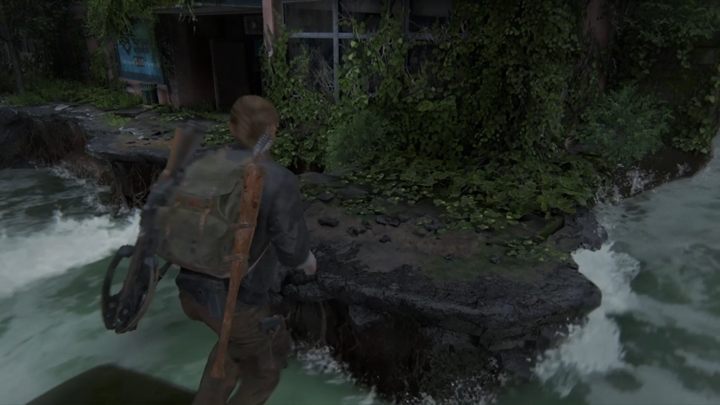 After dealing with the mutants, get outside. Jump over the ledges and enter the red building. Go upstairs and jump onto the protruding stones to get to the other side of the river. Climb up and you'll reach Westport Optix.

Follow Lev and after he performs some impressive stunts over the chasm, go right and walk through the door available next to your companion. 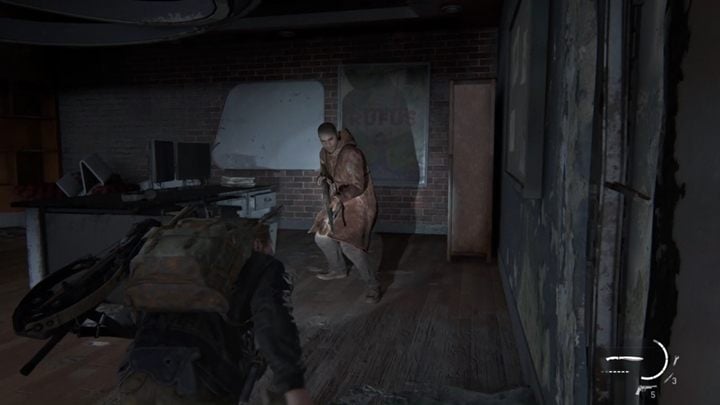 Follow Lev - a companion will show you the way to the top of the skyscraper. Along the way, you'll come across Seraphites that you need to eliminate. This will be quite an ordinary battle, there aren't too many enemies and there are some rooms in the combat area. Therefore, you can quietly defeat enemies and eliminate the remaining opponents with firearms. 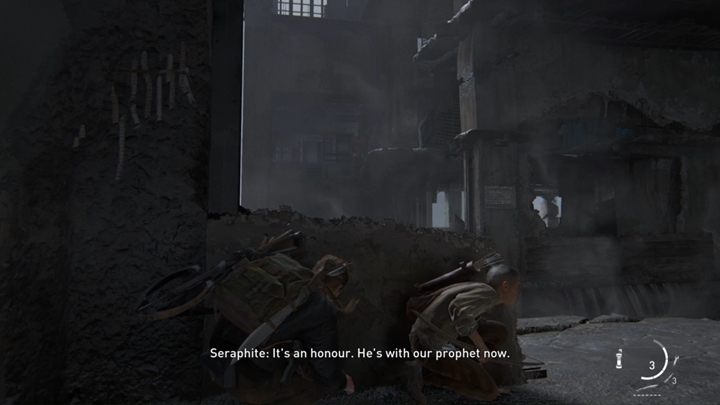 After the fight, continue your way up. Climb the ladders and soon you'll encounter the Seraphites again. This time there are many more enemies. Also, they're located higher than you, so try to sneak in and remain undetected. 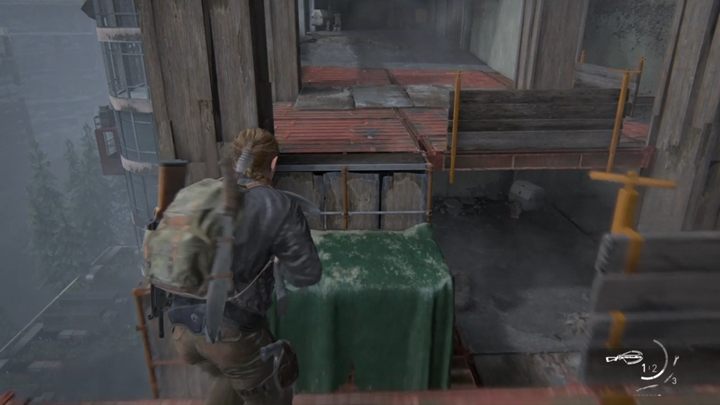 Successively eliminate enemy forces and move on. You have to get to the "EXIT" door. After the battle, search the area and take the elevator up (together with Lev).

Walking through the city 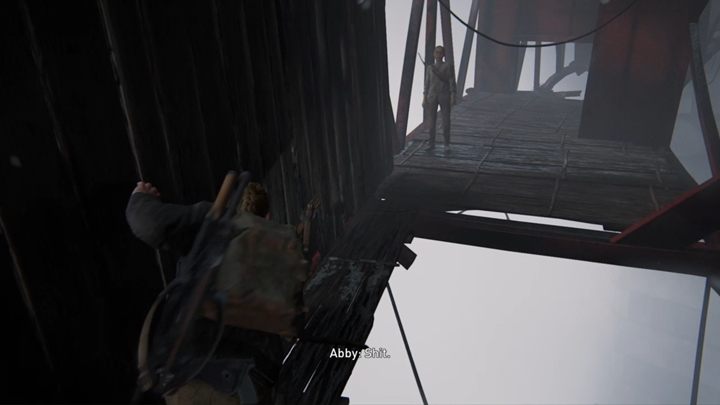 Keep going and follow Lev. The sequence is simple and linear. You have to balance Abby so that she doesn't fall down. Climb ladders and follow your companion all the time. After some time, he will fall down. After that the stage will end.