This page of spoiler free The Last of Us 2 guide contains a walkthrough for Coast, a stage taking place during Seattle Day 1 chapter.

Road to the coast 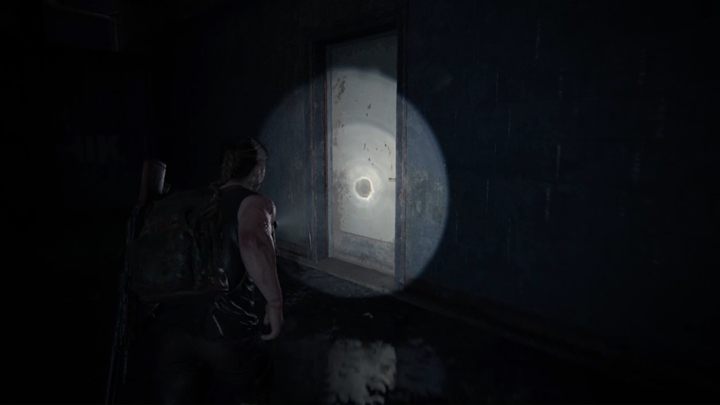 Jump on the container and get on the other side of the gate. Enter the WPL building - along the way you'll find a workbench and some supplies. Go through the warehouse and use the window to reach the next area. 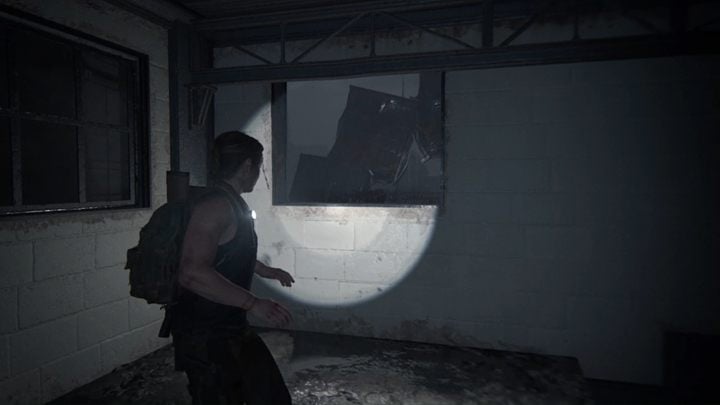 To get out of the building, reach the upstairs window and jump through it. 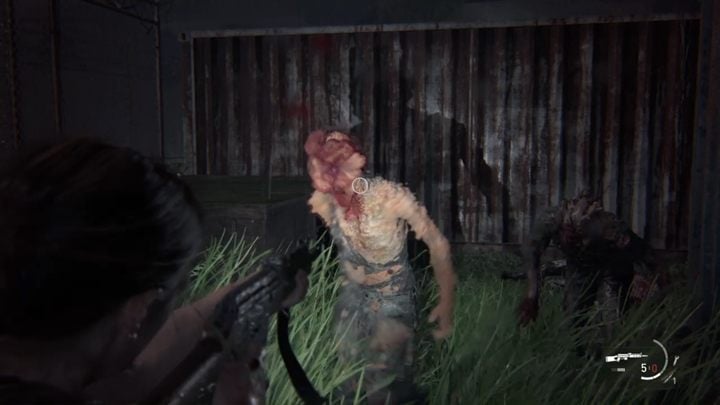 You get to a location with a lot of containers. To make matters worse, you'll find a bunch of mutants in the neighborhood. Be sure to have shivers at the ready to instantly and quietly kill e.g. two encountered clickers. Watch out for the stalker, he likes to attack by surprise, and the struggle with the enemy will alert the rest of the enemies. During combat, use the shotgun to quickly eliminate more dangerous targets. 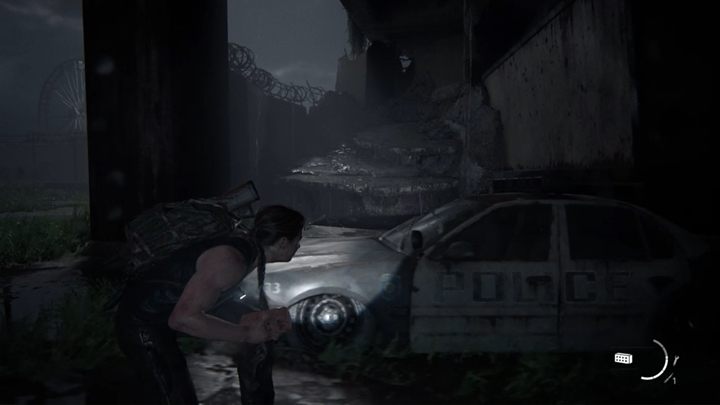 If you keep quiet, you won't have to kill all the mutants. Go into the area with the clickers but skip them, climb on the police car and walk up the ruins. 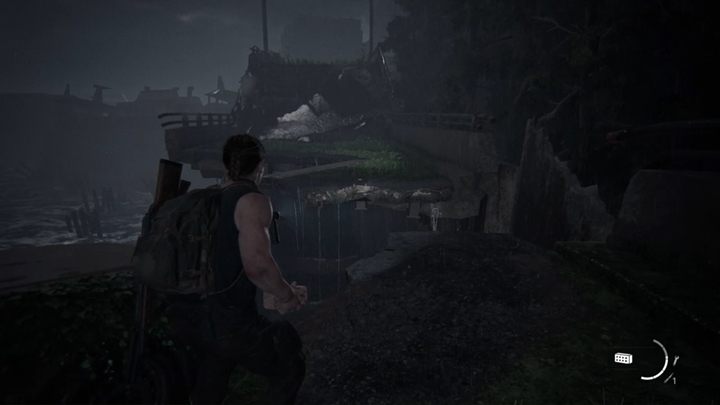 Jump to the other side of the bridge. Unfortunately, you will fall into the water - swim up and reach the shore. Climb up the shelves and climb into the goods wagon. Leave the wagon and you'll reach the coast. 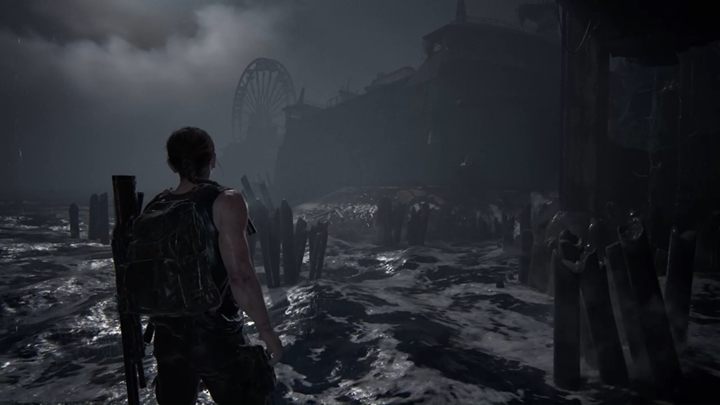 Jump in the water and swim towards the ship. Go inside through a hole in the deck. 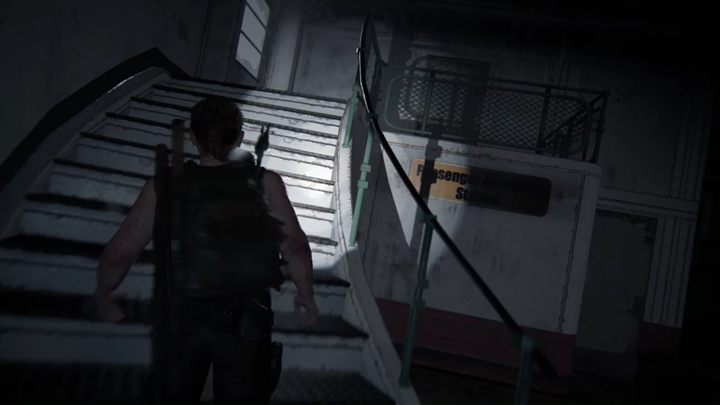 Walk down the hallways and try to reach the upper deck. Abby forcefully opens the door and finds the crossbow. This weapon works much like a bow - you can quietly eliminate targets and craft bolts that serve as ammunition. It's an excellent weapon for taking down targets quietly. 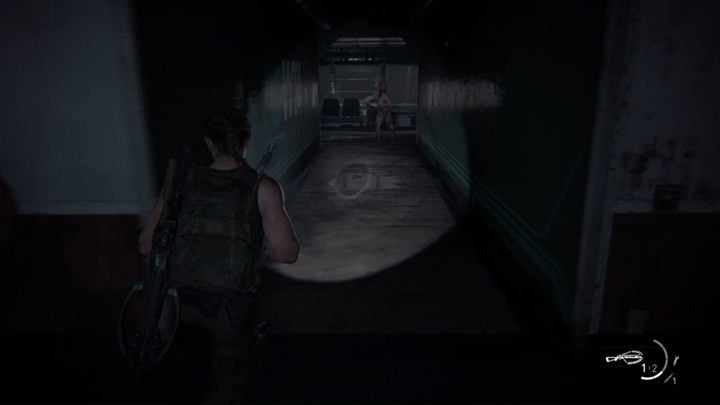 You can test the weapon right away because there are mutants on board. Shoot them or go straight up. Kill the runner but watch out, as there's a clicker nearby. You can take him down with a crossbow or sneak and perform a silent elimination. 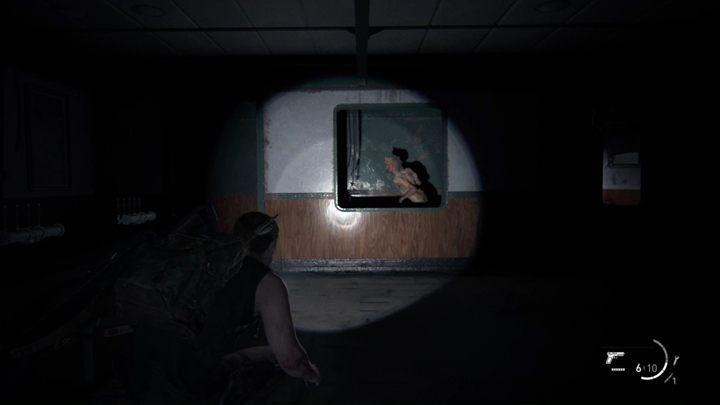 Continue along the deck and kill the next clicker. 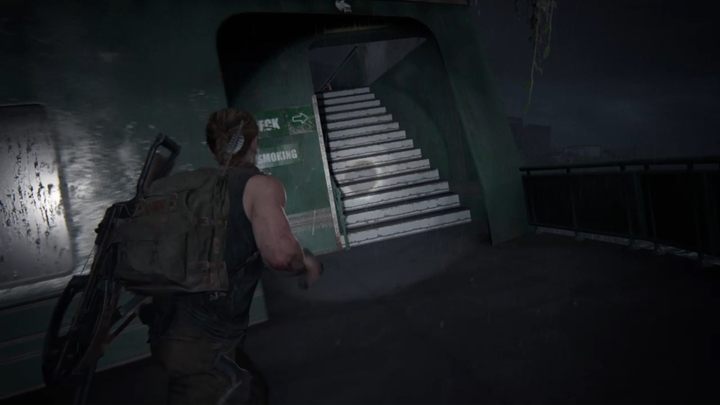 After killing the mutants, go to the higher deck. 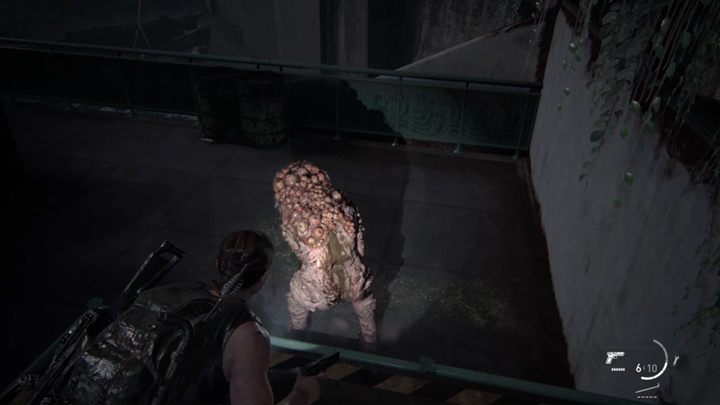 Watch out for more mutants. Kill them quietly, and leave the Shambler by the door for last. You can ambush him and kill him quickly with a shotgun.

Enter the WTA now and climb up the ladder.

Road to The Aquarium 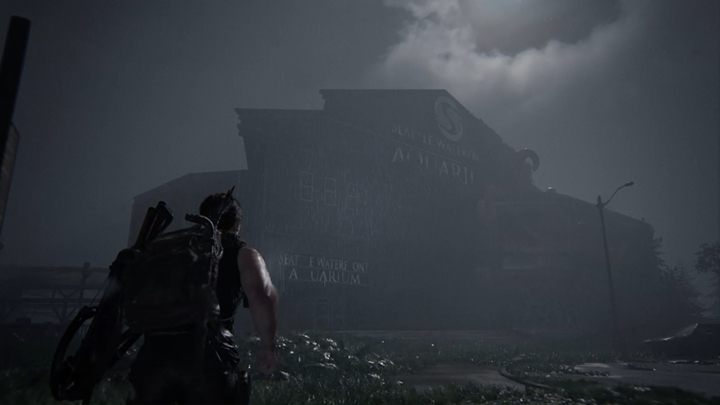 Walk towards the aquarium, climbing on vehicles and walking along a bridge. Eventually, you'll get to a familiar place. 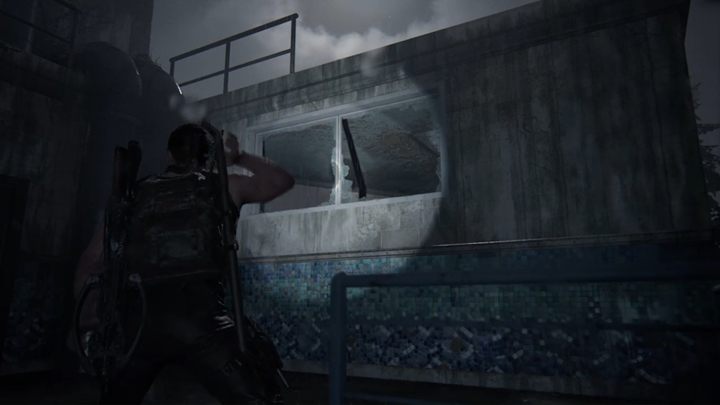 The door's locked. Go around the building on the right and jump over the gate. Go through the window into the storage room. Inside, pick up a brick and throw it at a window on the ceiling. 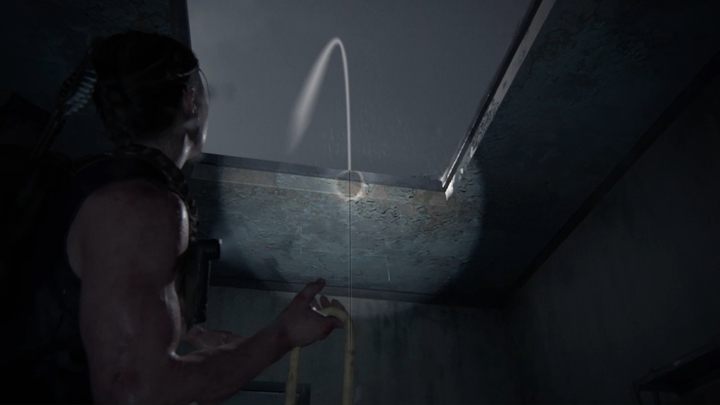 Now pick up the cable and throw it to the location shown in the picture above. Go outside and use the cable to climb up. Now pick up another brick and break the glass to be able to jump down. 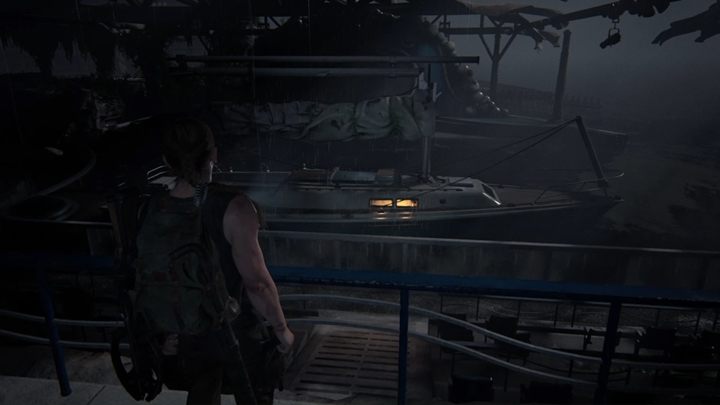 Run through the Aquarium, which you should know well as you've been here during earlier levels. Owen's on a boat - go to her to watch a scene with the characters. After all, Seattle Day 1 chapter will end.