This chapter of The Last of Us 2 guide contains a spoiler free walkthrough for On Foot. Abby, along with Danny and Mel, are attempting to escape the trap. 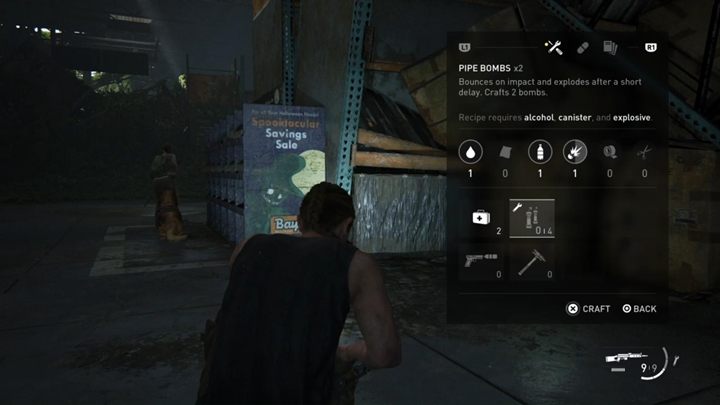 Approach Manny's and get the reagents off the shelf. You'll be able to construct a pipe bomb, which is very useful when fighting bosses. The pipe bomb is great for taking care of enemy patrols - it's the equivalent of the Molotov cocktails you had as Ellie. 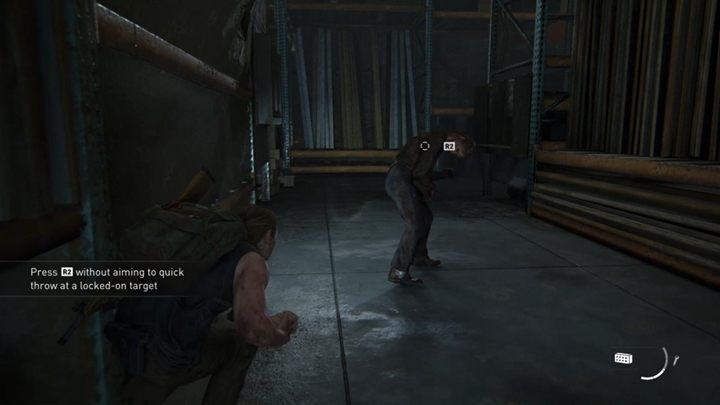 There are mutants in the workshop. Walk up to the runner and break his neck. Abby uses much more force during her executions (strangling victims and breaking their necks), which makes her different from Ellie. You can't, for example, dispose of a clicker in a silent execution. Things will change once you acquire disposable blades. 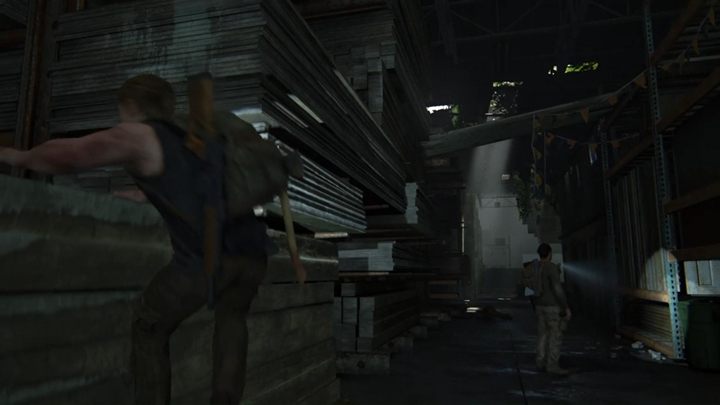 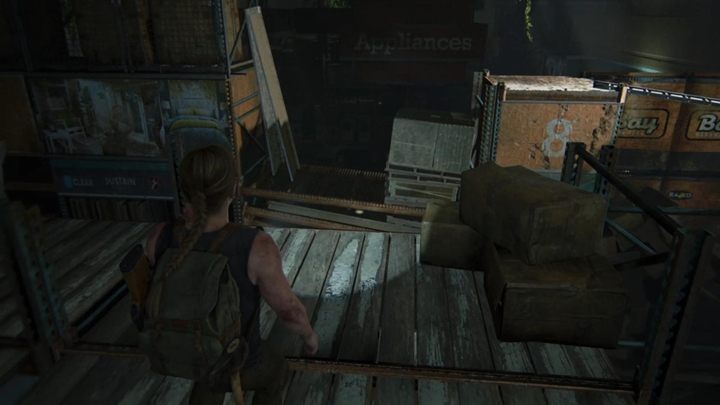 Clear the area of runners. Then climb the scaffolding and jump from it to the platform next to it. Abby's fall will lure a clicker, who must be eliminated using firearms. 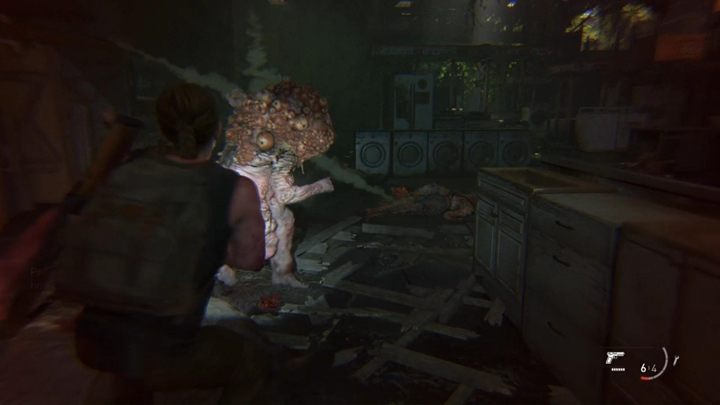 A bunch of mutants will appear that have to be eliminated. You're in for a fight with clickers, runners and even a Shambler. After the fight, walk with your comrades to the door and continue to Garden Center. 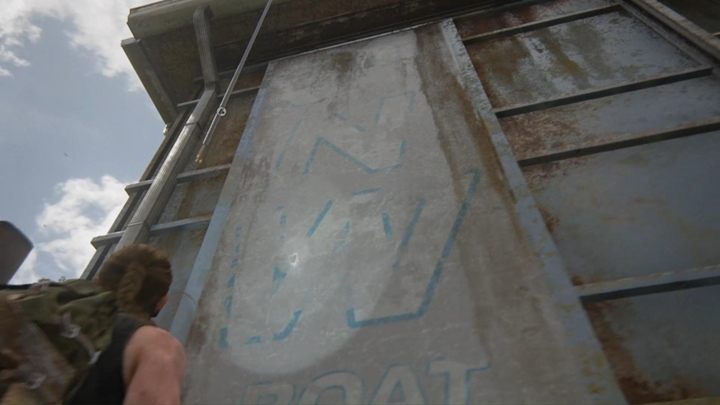 Get on the car and get outside. Try to open the nearby door - it turns out that they are locked. There's a rope next to it - let Manny use it to climb to the roof. 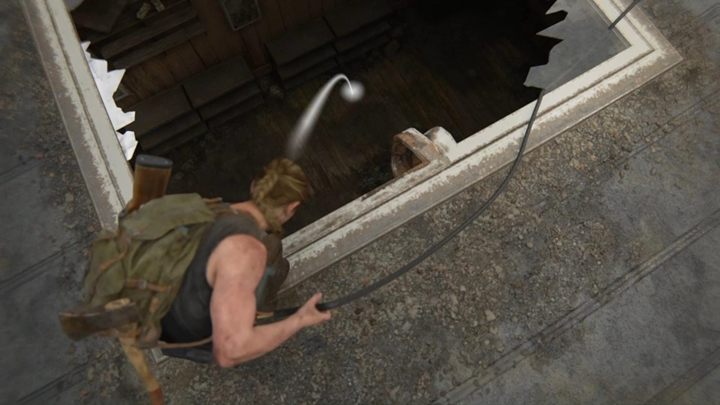 Follow in his footsteps. On the roof, pick up the rope and drop it down. Use it to descend to the bottom, and move the closet away from the door. 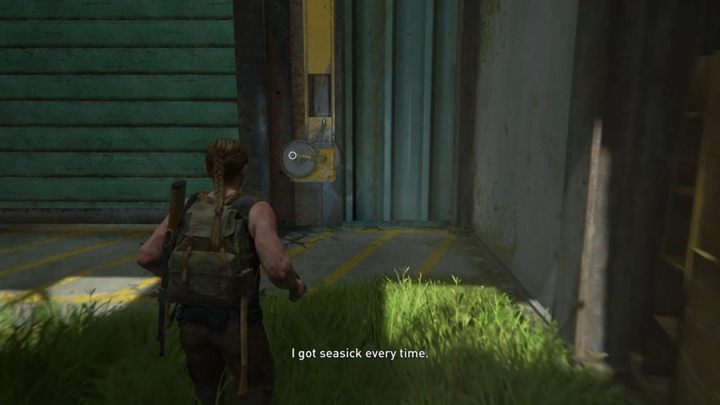 Search the area, use the nearby workbench, then pull the lever next to the door.

Leaving the hangar with Mel 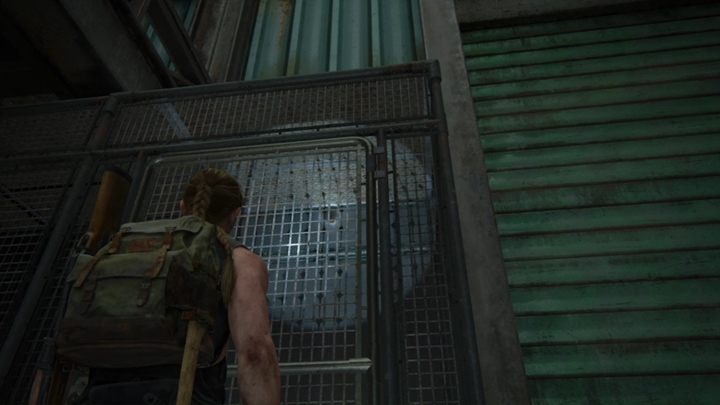 Give Mel a boost, then run down the stairs to the woman, and she'll open the door from the other side. 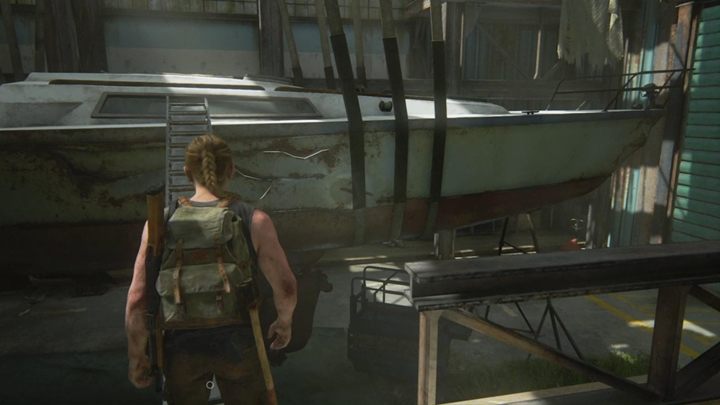 You reach the suspended boat - there is a ladder next to it, place it in such a way so that the ladder touches the boat, creating a pathway. 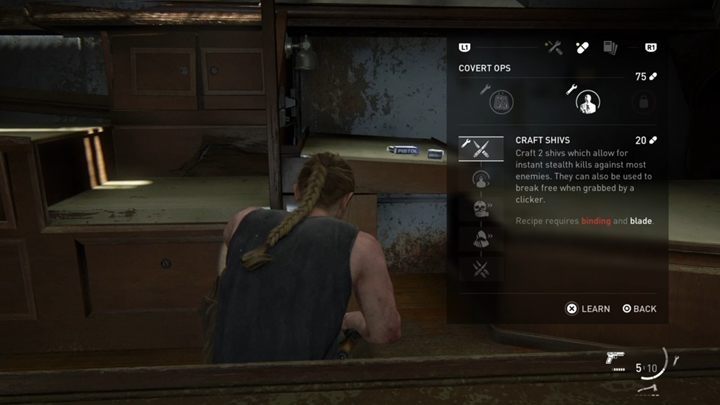 The boat contains a manual teaching new abilities (Covert Ops) enabling you, among others, to learn how to make blades. Thanks to them you will be able to carry out instant silent executions and, for example, kill clickers quietly. 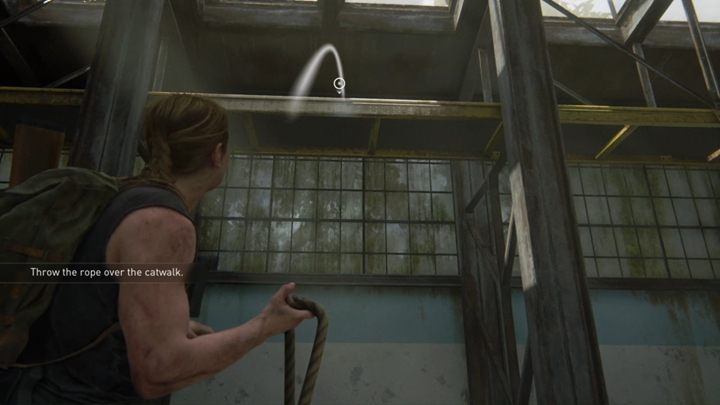 Now pick up the rope and place it same as seen in the screenshot above. Lift the ladder and place it so that you can reach the rope. 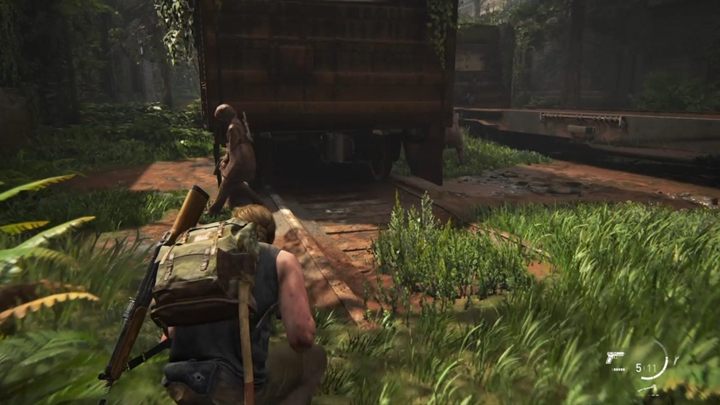 You can now free Mel from the trap. Join Manny, and you'll soon come across scars (Seraphites, that's what Wolves call them). Proceed along the wagons, hide next to them until you get close to your enemies. Begin quiet elimination of targets in the area. 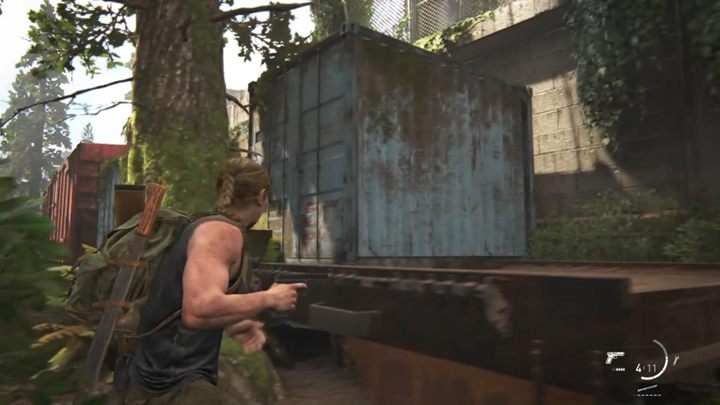 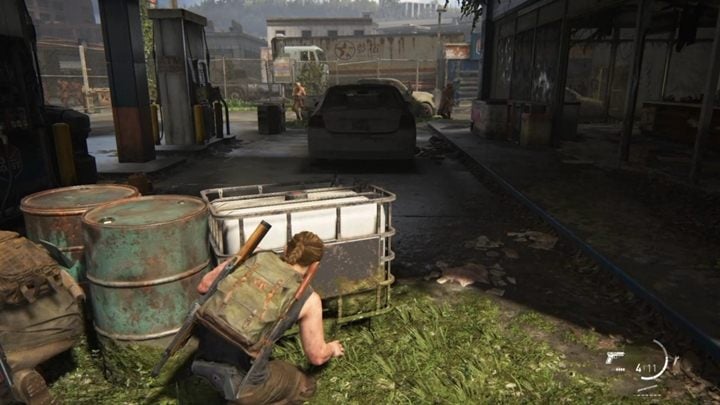 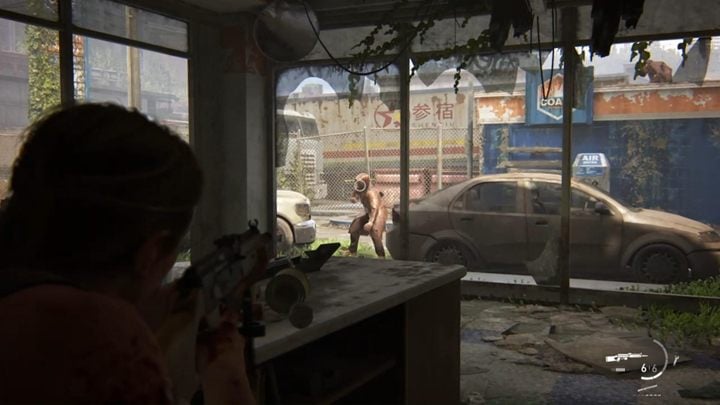 After clearing the area, climb the containers to get up. Open the gate and you'll encounter another enemy patrol. There are a lot of opponents - try to kill a few using bombs, then run to the building. Hide behind the counter and shoot targets. After a while, reinforcements from the Wolves will arrive and help in the fight. Get in the truck and drive to the next wolves' base.