On this spoiler-free page of our guide to The Last of Us 2 you can find a list of all secrets available in The Descent stage. It's one of the levels included in the Seattle Day 2 chapter. However, keep in mind that it's a chapter concerning the Abby character. Finding secrets in this stage is problematic, as darkness reigns in the ruined skyscraper and many optional locations are in hard-to-reach areas.

In The Descent level you can find 9 collectibles: 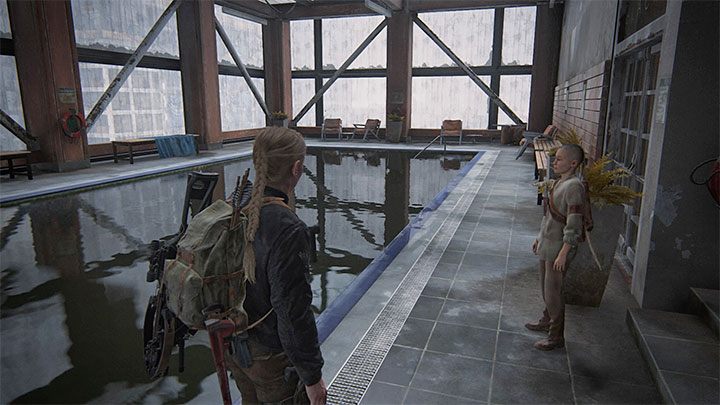 This secret can be acquired at the very beginning of the stage. Take a particular interest in the pool that Abby and Lev have fallen into after completing their previous mission. 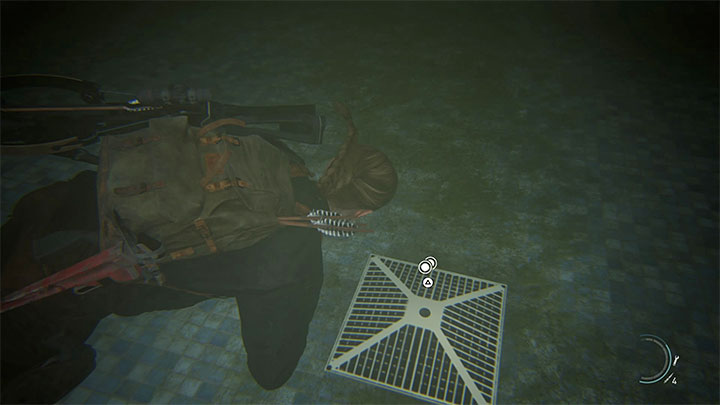 You have to jump in the water and dive. That's because the coin is at the bottom of the pool. 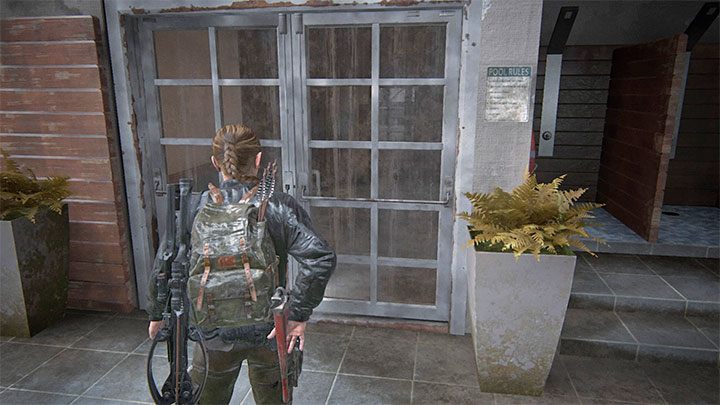 You can find the safe after you start exploring the floor where The Descent stage began. 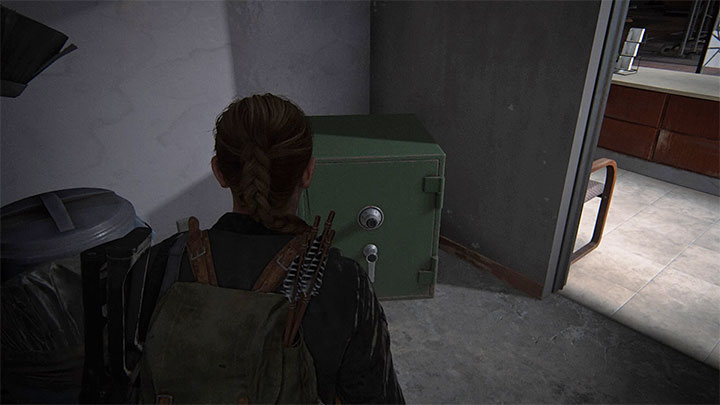 The safe can be found in the small room adjacent to the gym shown in the picture. The safe's code is 12-18-79.

Note - This is the last safe in the game and if you have opened all other safes before, then you will earn the Safecracker trophy. 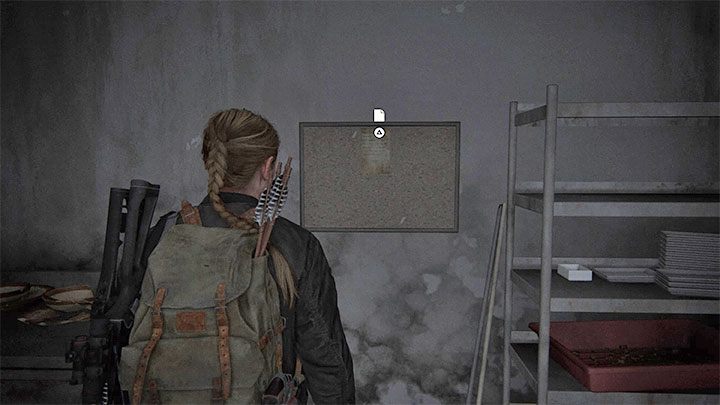 It's an artifact, and you can find it on the same floor of the skyscraper where the safe described above was located. Look for the bulletin board shown in the picture. 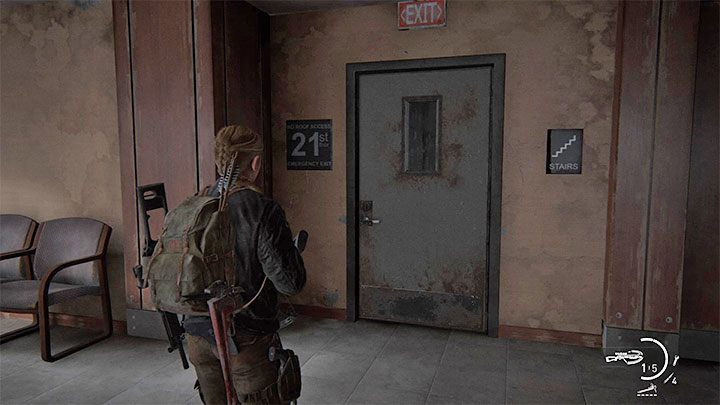 It's an artifact. Abby automatically finds a note lying by the corpse after opening the door shown in the picture that lead to the staircase of the skyscraper. 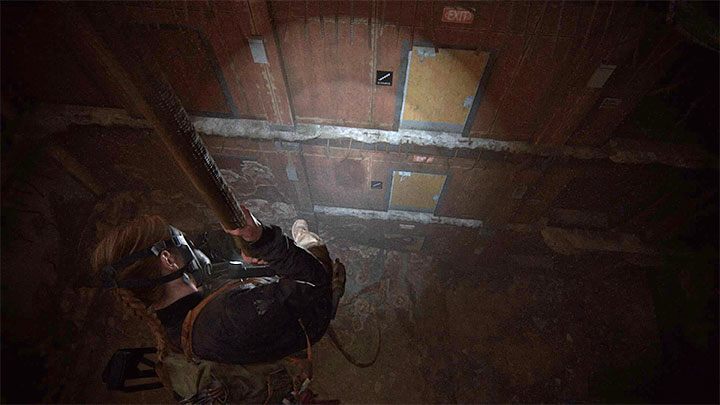 It's an artifact and you can find it after you complete the rope slide in the area which requires you to use a mask (as shown in the picture). In its final part, you have to let go of the ropes, so that Abby will land on one of the lower floors of the building. 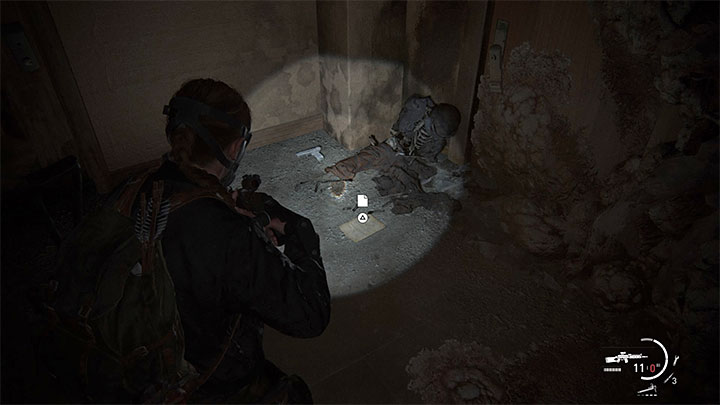 Soon after you start exploring the new floor you should find the corpse and the document that is lying next to it. 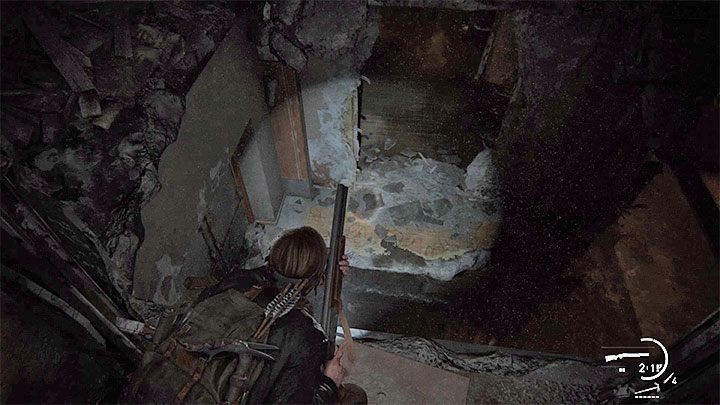 The secret is found after jumping to the 11th floor of a ruined skyscraper. The location of the jump is shown in the attached image. 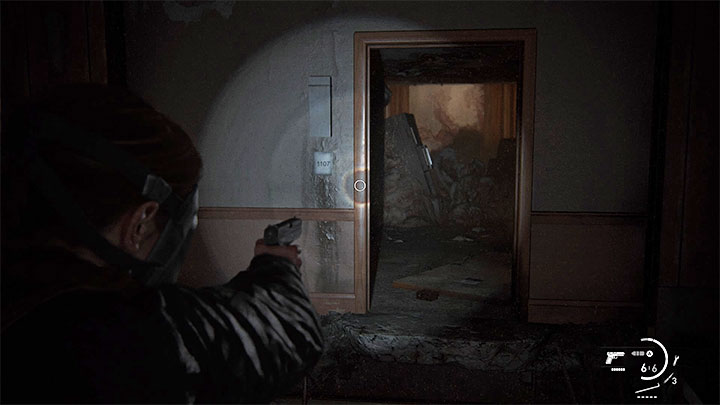 When you jump, don't go any further, just turn 180 degrees. In front of you there will be a room number 1107 (shown in the screenshot). As there is a small gap between you and it, you have to make the jump. 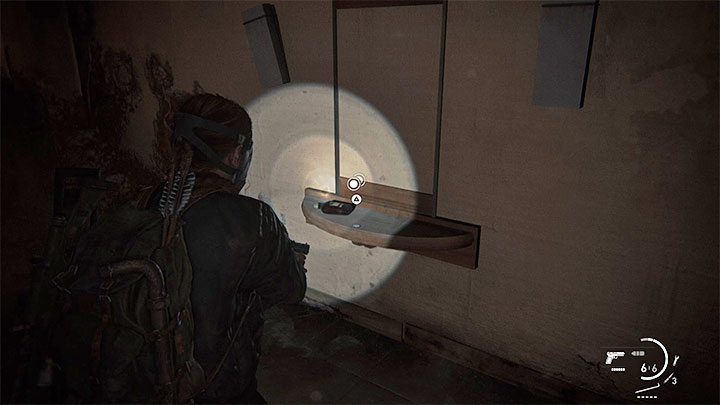 The coin is on a small shelf on the right. 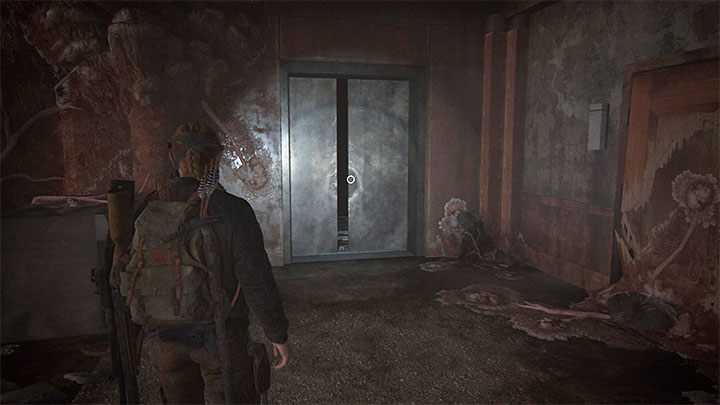 You will find the secret soon after you reach the elevator door shown in the picture. Abby has to extend the partially opened door and jump into the shaft. 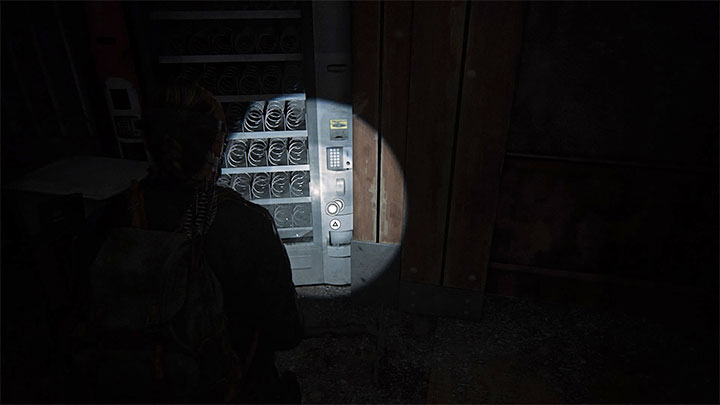 After descending to the lower floor, you will find the coin in the lower slot of the vending machine. It is located next to the elevator shaft. 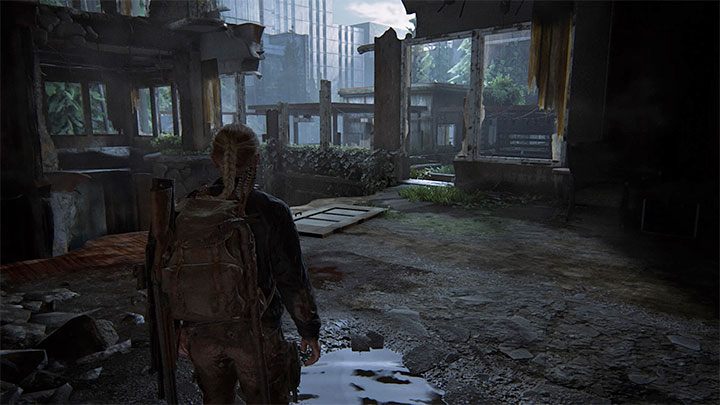 The secret can be found shortly after leaving the dark rooms of the skyscraper and reaching the open air. This is the final part of the mission. 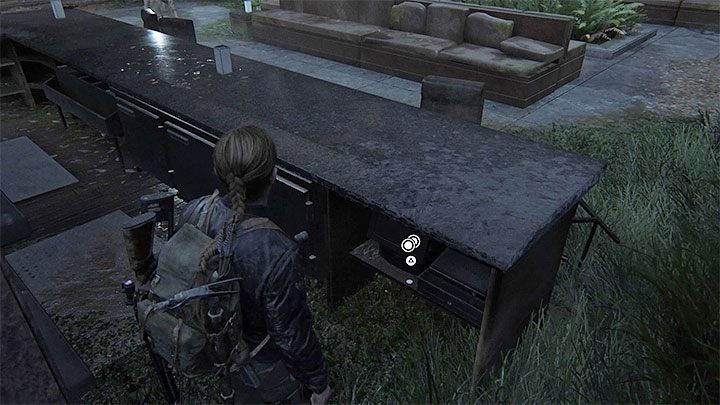 You'll find the coin under the long table. 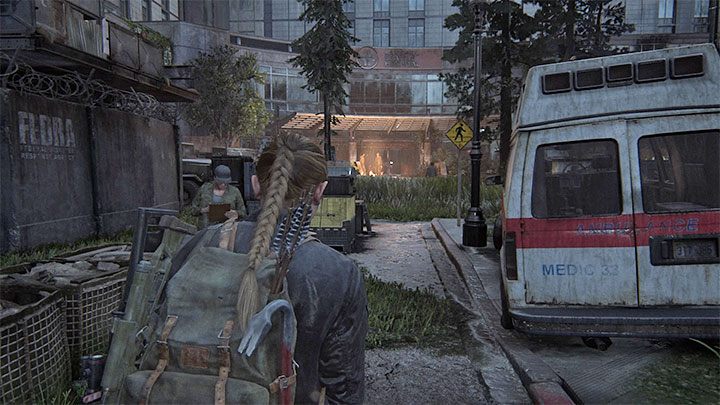 The last coin will be found in the final part of the mission. Abby must reach the WLF base surrounding the hospital, which is home to friendly characters. The next phase of Ground Zero will not begin until you enter the main hospital building. Ignore the hospital for now, and focus on finding the coin. 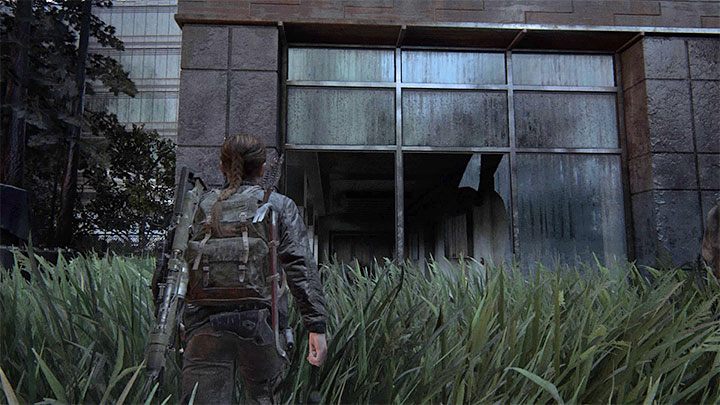 Turn right and enter the building shown in the picture with large broken glass walls. You will recognize the area as you've visited it while playing as Ellie - she was sneaking into the hospital from this side. 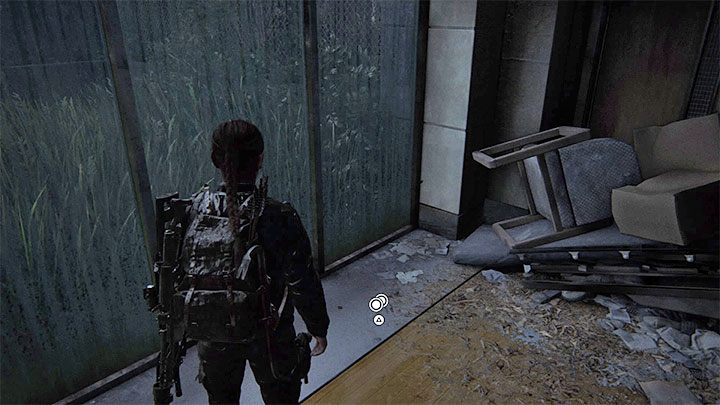 Go forward a bit. The coin lies on the ground next to a large glass wall.