This page of the spoiler-free guide to The Last of Us 2 has a list of all the secrets of The Forest stage. It is one of the missions of the Seattle chapter, Day 1 played as Abby. You spend most of your time in The Forest stage on running and fighting. You can only add two new items to your collection, although beside them you will also find, e.g. a new training manual.

There are 2 secrets in The Forest stage: 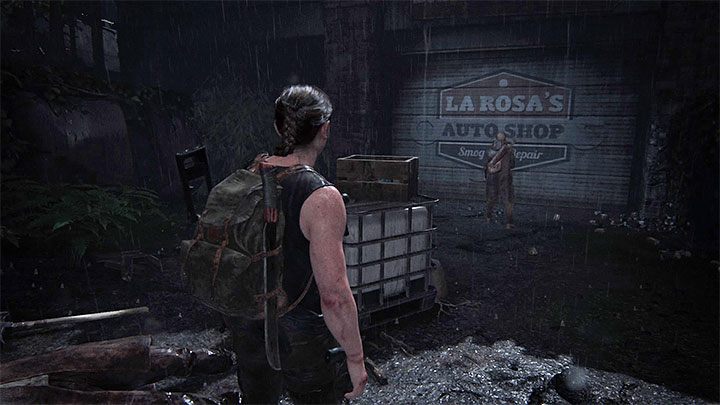 The workbench is found shortly after completing the escape scene and defeating the tall woman who was carrying Abby's stolen equipment. The characters reach the gate of La Rosa's Auto Shop shown in the image. Abby needs to raise the gate so everyone can get inside. 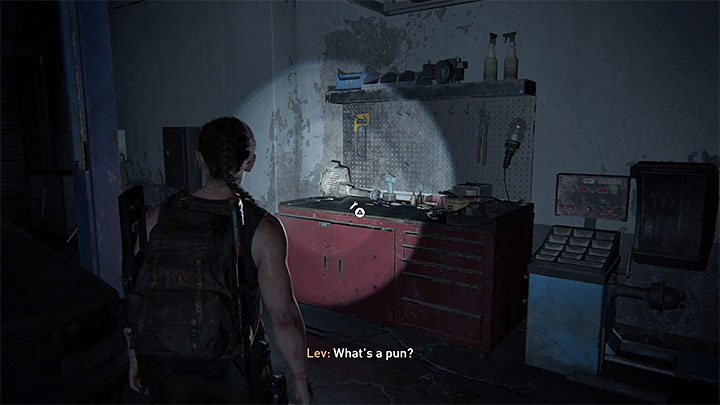 The workbench is in the main room, next to one of the cars. 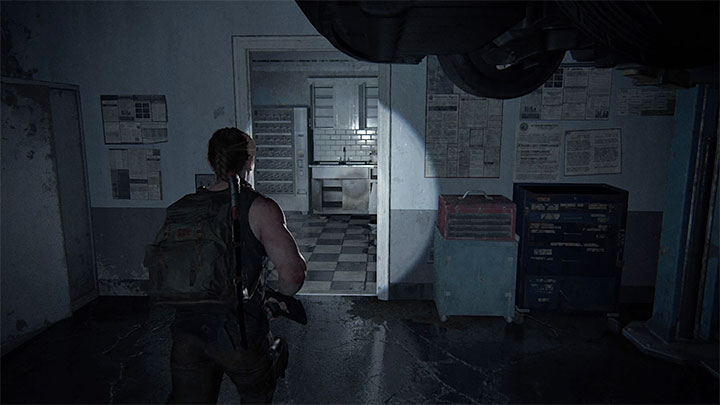 The training manual isn't among the collectibles mentioned at the level selection screen. However, it is an important item, as collecting it unlocks a new category of Firearms passive skills that can be bought for supplements. The new abilities allow you to produce ammunition for the shotgun and Hunting Pistol, as well as move faster when aiming.

This secret is very close to the workbench described above - inside La Rosa's Auto Shop. Go to the next room. 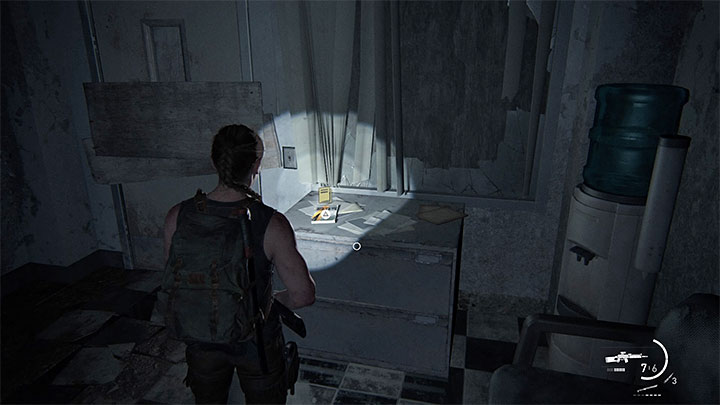 The manual is on one of the cabinets. 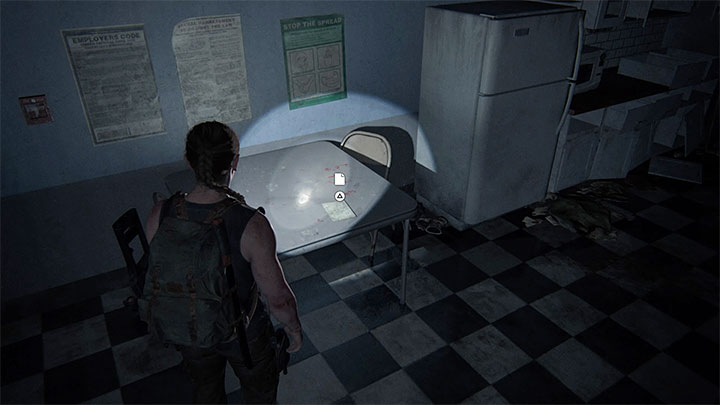 This artifact is also in La Rosa's Auto Shop. Look around the room where you found the training manual described above. The document lies on a table in the kitchen area.