This spoiler free page of spoiler-free The Last of Us 2 guide contains a list of all secrets found during On Foot stage. It is one of the missions of the Seattle chapter, Day 1 played as Abby. During it, the heroes will face many opponents. Don't forget to thoroughly explore all locations before heading to the next areas.

There are 7 secrets in On Foot mission: 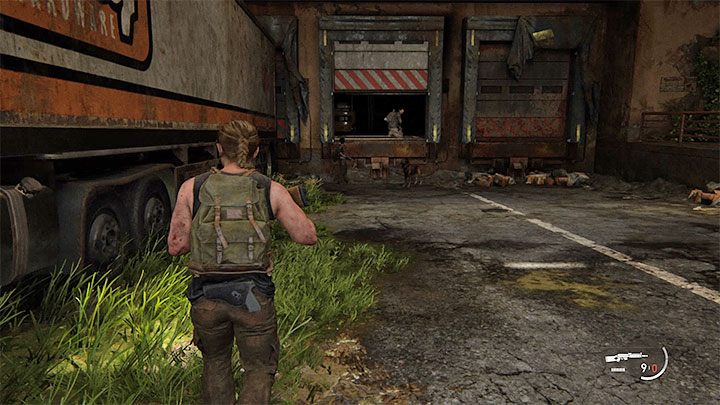 You can find this coin after entering the first warehouse at the very beginning of the stage - after escaping Scars (the cultists). 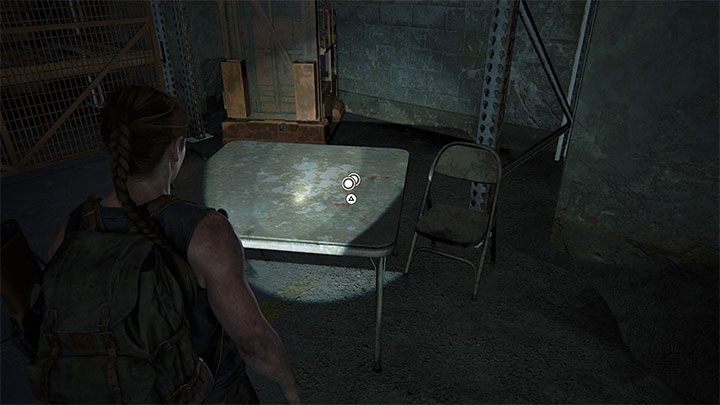 The secret lies on a square table in a dark warehouse. Remember that you can use a flashlight. 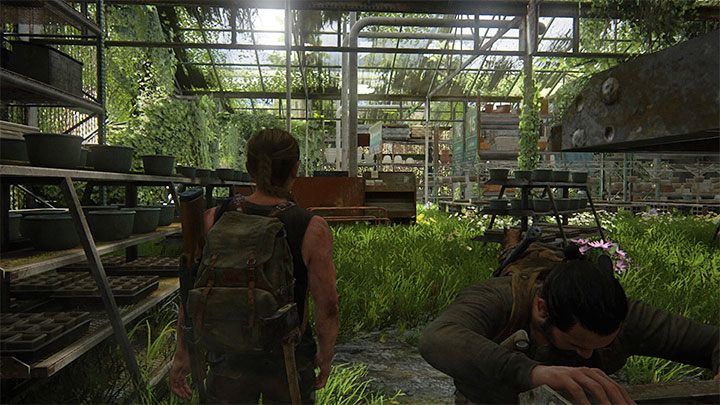 You can find this secret once you reach the large garden part of the market shown in the picture. 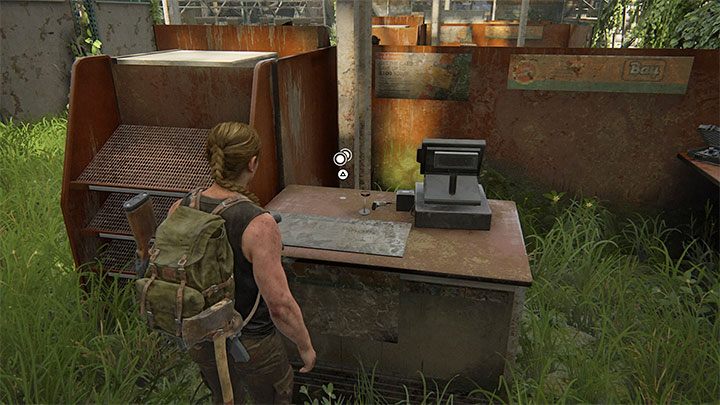 The coin lies on the counter next to one of the cash registers. 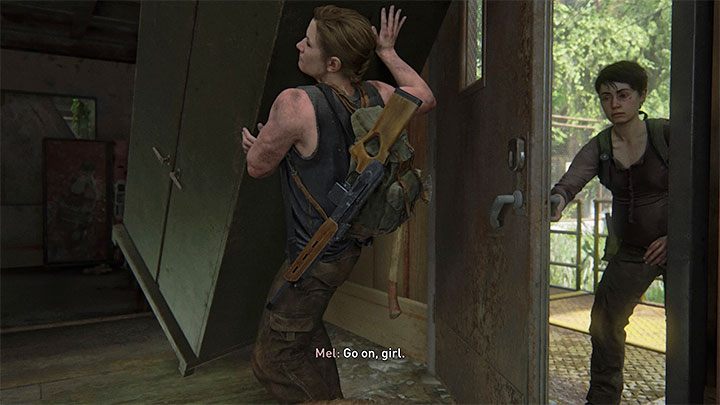 The workbench can be found shortly after Abby and Mel start exploring the large building. 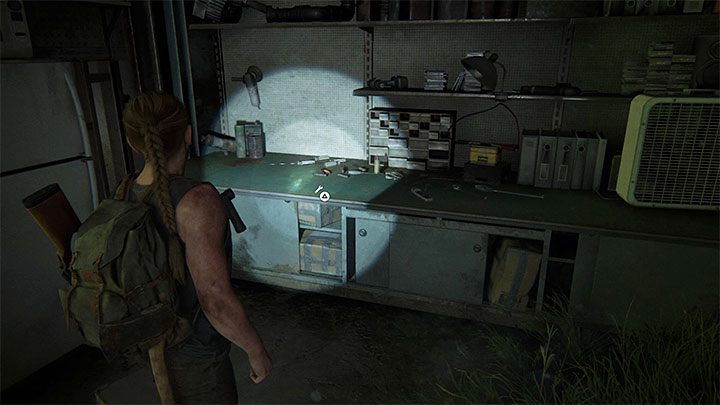 The workshop is in a dimly lit space in the hangar. 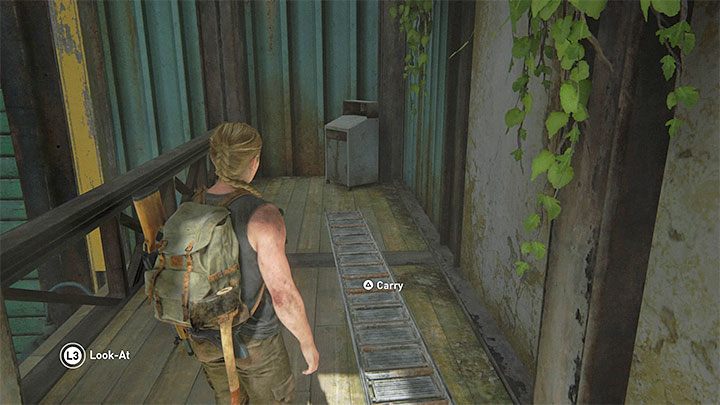 The coin can be found on the upper level of the hangar where the boat is hanged. After reaching a higher level (this is part of the main progress of the mission) you will reach the place with the ladder shown in the picture. 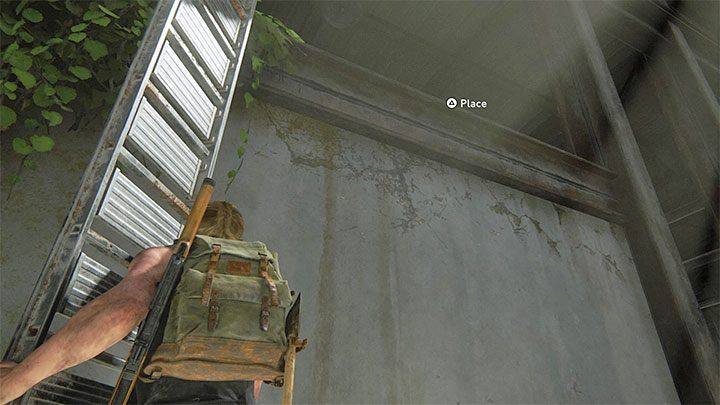 Pick up the ladder, but don't go with it to the boat yet. Instead, lean it against a nearby wall shown in the picture. 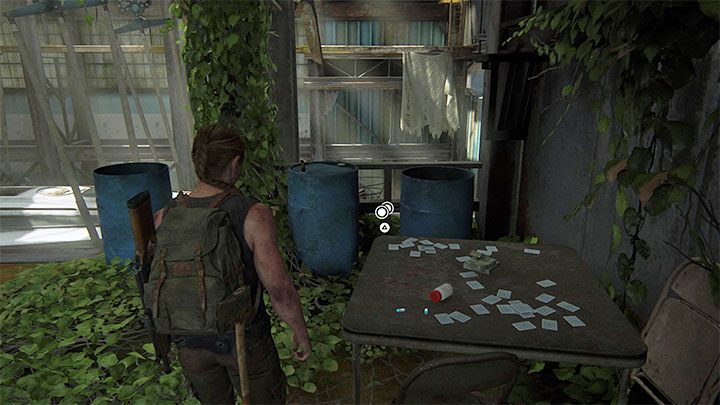 The bottom of the ladder will allow you to get to the top floor of the hanger. The coin lies on a square table. 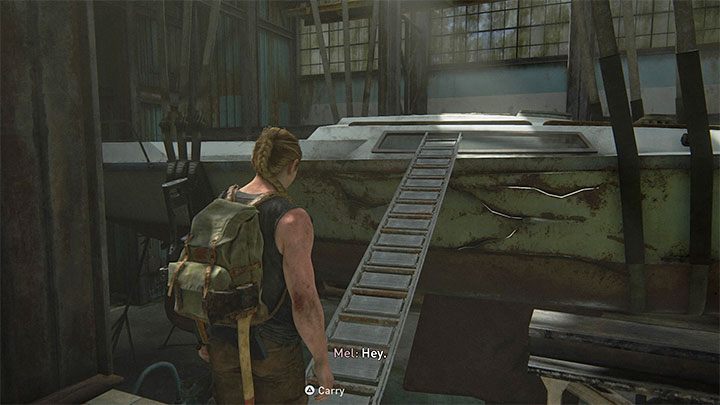 The training manual isn't among the collectibles mentioned at the level selection screen. However, it is an important item, as collecting it unlocks a new category of Covert Ops passive skills that can be bought for supplements. The new abilities allow you to craft shivs and also make stealth easier.

To get the manual, you have to climb to the top level in the hangar and put down a ladder to reach the suspended large boat. 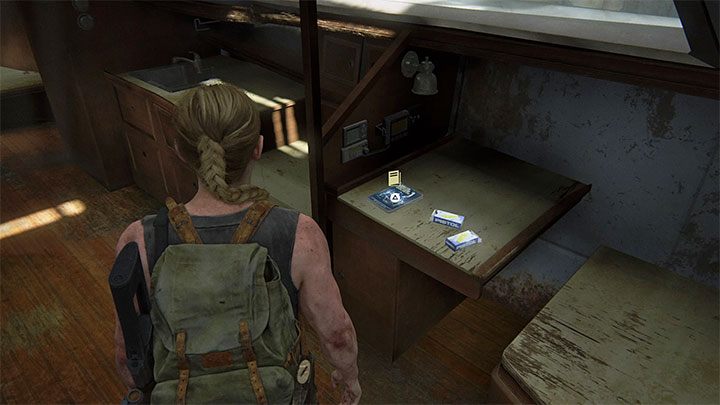 Look inside the hanging boat. The secret lies on a small table. 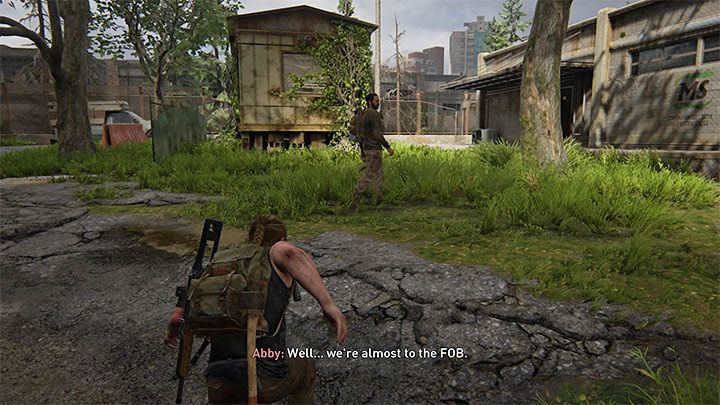 You can find it soon after coming down from the roof of the hangar that housed the hanging boat. Abby and Mel rejoin Manny and Alice. 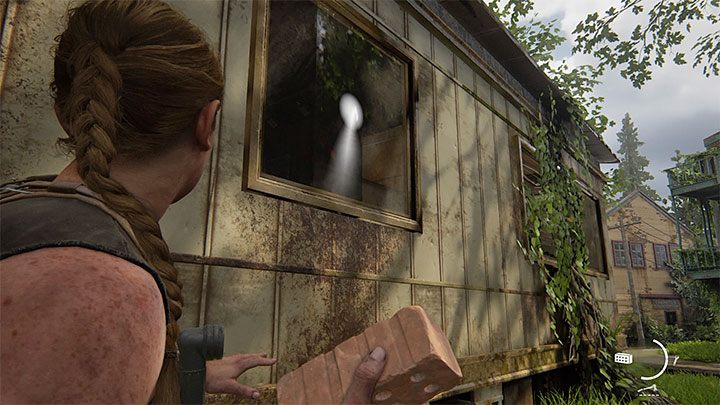 There are barracks on the left. The entrance to it is closed, but you can go to the back and use a throwing object or a firearm to break one of the windows. You will be able to get inside. 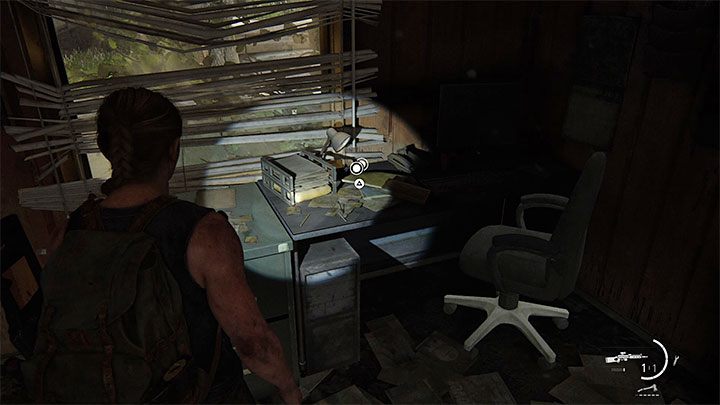 The coin is on the desk. 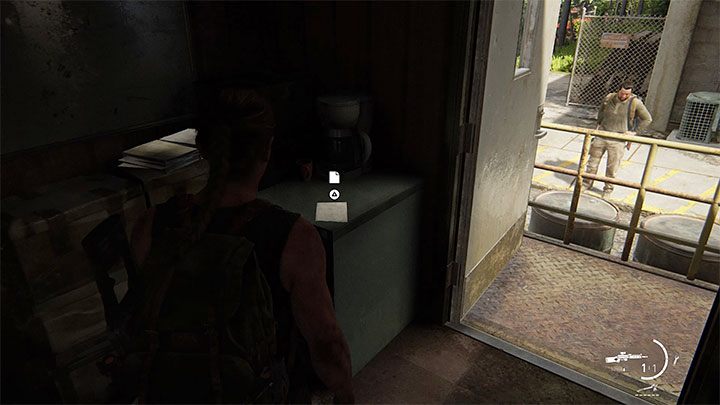 It's an artifact, and you can find it inside the same barracks where you obtained the coin described above. The document lies on a desk next to the exit door. Information written on it will help you find and open the safe. 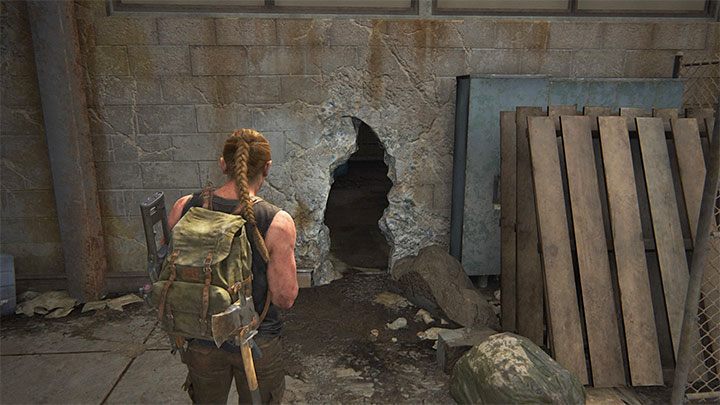 Get out of the barracks where you got the above 2 secrets and head straight. Do not approach the railroad tracks yet, just examine the wall of the building on the right. Find the small hole presented in the picture - Abby can squeeze through it. 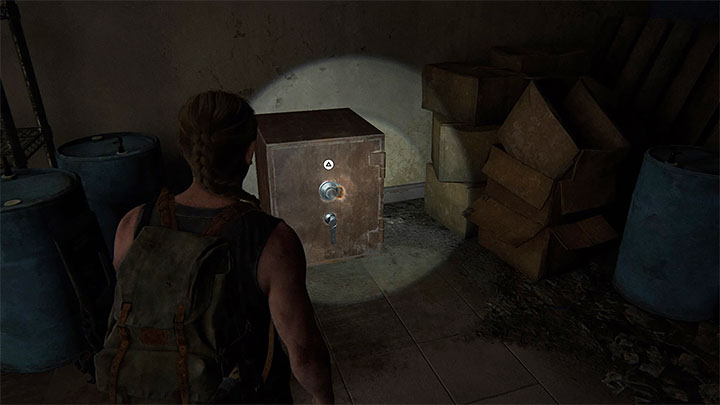