This page of spoiler-free The Last of Us 2 guide contains a list of all secrets from The Flooded City. Ellie must make her way through flooded locations, which are a part of Seattle, Day 3 chapter. In The Flooded City level, there are many different secrets waiting to be discovered.

In The Flooded City, you can find 12 secrets: 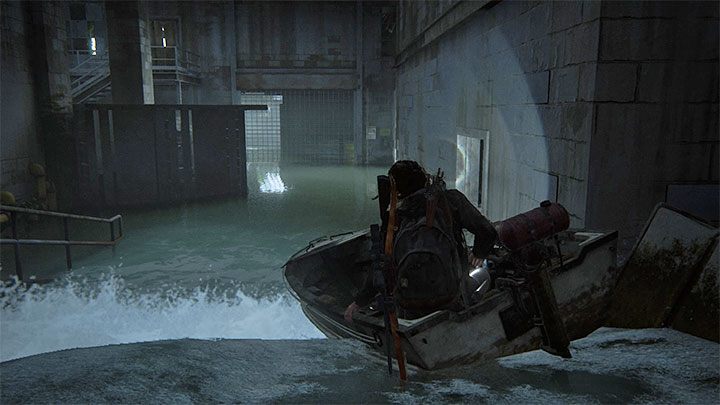 It's a collector's trading card - a collectible. Shortly after starting the stage, you have to swim down the river shown in the picture. 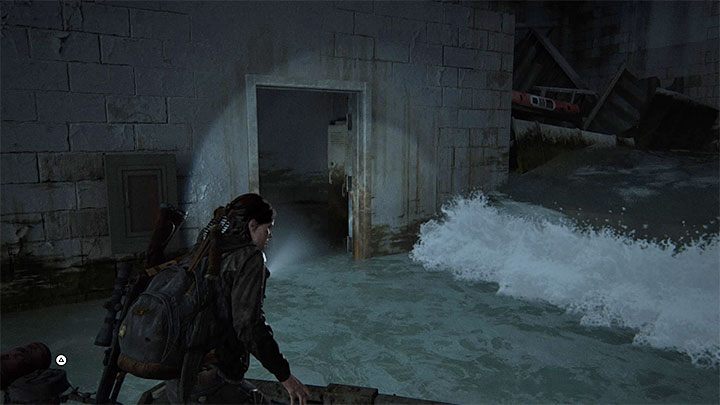 Stop the boat as soon as you reach the bottom and look at the right door opening shown in the picture. Get off the boat and investigate this place. 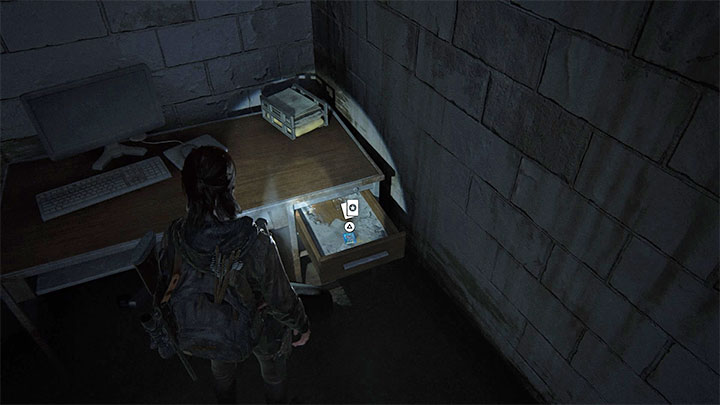 In the partially flooded room, you will find, e.g. a collector's card in in one of the desk's drawers. 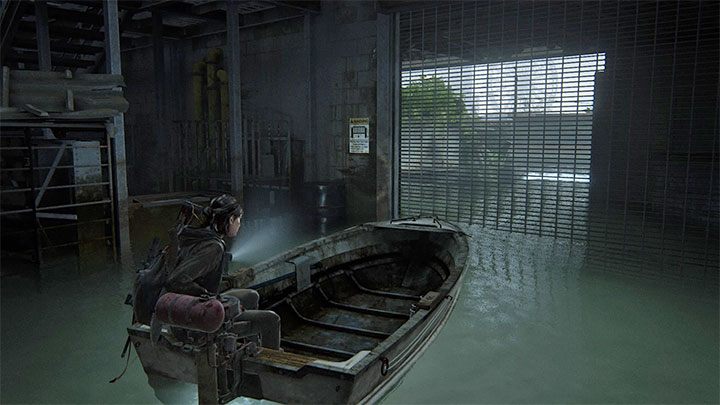 It's an artifact. Ellie is able to locate the first secrets after reaching the closed passage shown in the image. Don't rush to interact with the chain to raise the net, just stay there longer. 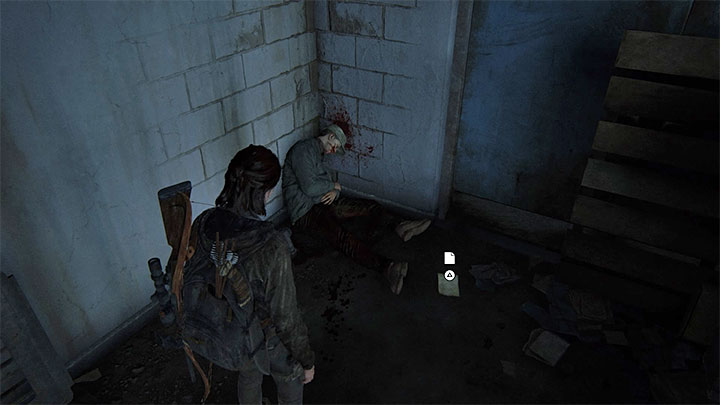 To the left of the net are stairs - use them to reach the upper balconies. You'll find a note next to a corpse in the corner of the room. 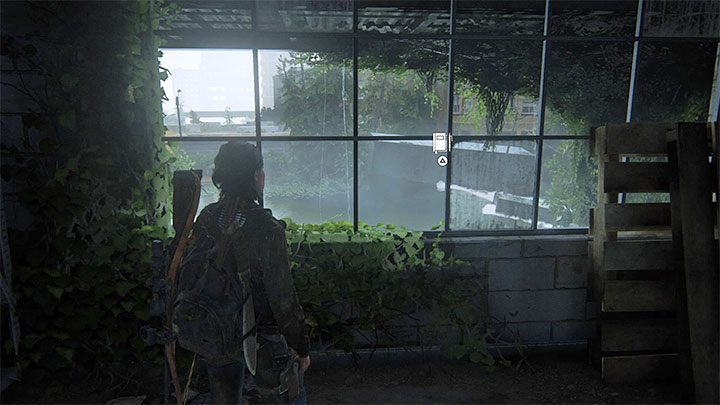 At the same spot where you found the body shown above, approach the window in The Flooded City level. A log icon will appear - Abby will draw in her diary a Ferris wheel visible in the distance. 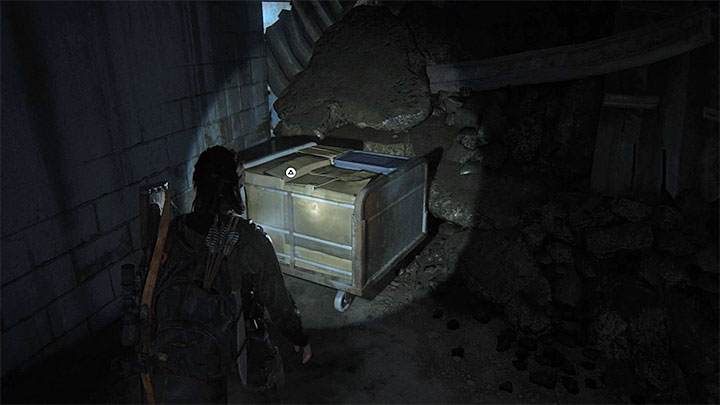 You can start searching for a safe in The Flooded City level in the same location where the previous two secrets were, which is when you reach the abandoned net by boat. After Ellie has added the note to her diary, turn right and interact with the box on wheels. Move it to the right to reveal a small passage - you can crawl through it. 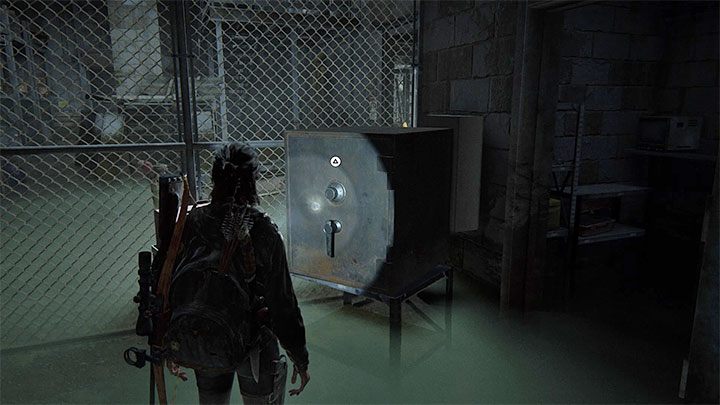 Use the new walkway to reach a small fenced area. Jump over to it. This is where you'll find the safe - the code for the safe is 70-12-64. 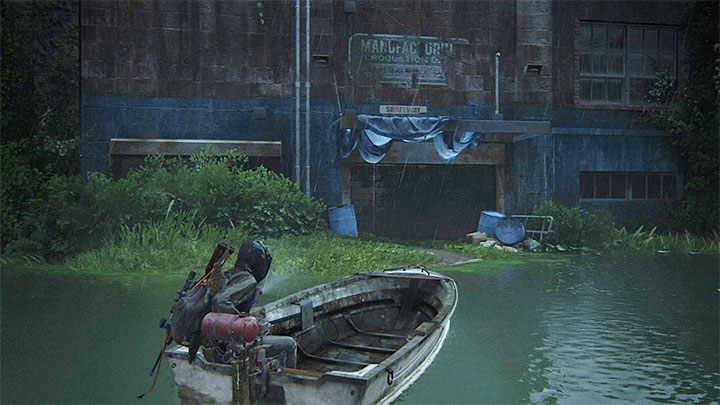 A Workbench in The Flooded City level can be found shortly after passing by the Seattle Sleep Warehouse. You can get out of the boat for a short while after reaching the area shown in the screenshot. 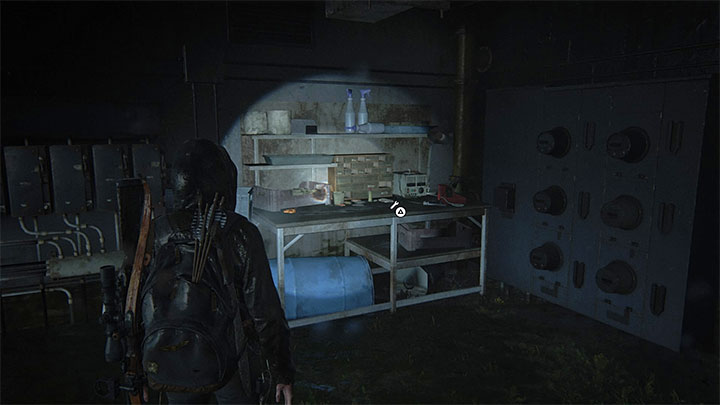 The workbench is located in a small area inside the ruined building. 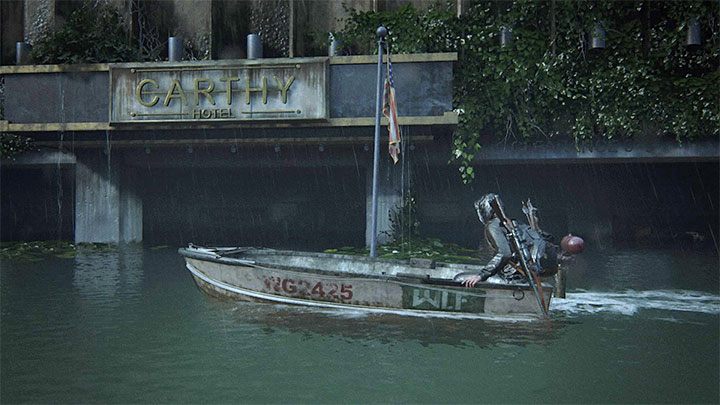 It's an artifact. In order to find it, you have to look for the flooded entrance to the Carthy Hotel. Enter the building. 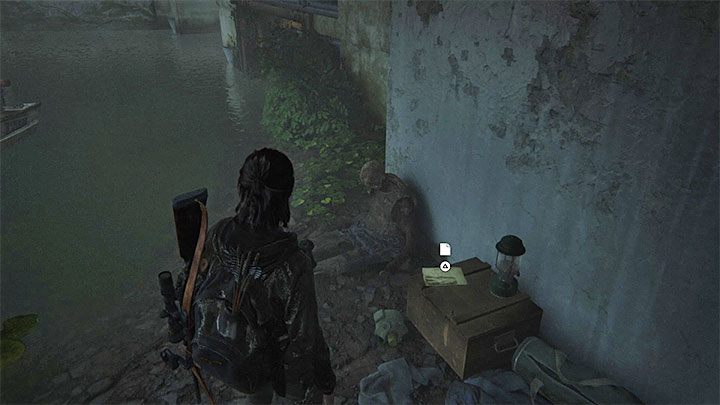 You'll find a letter with a picture of the shambler next to the corpse. 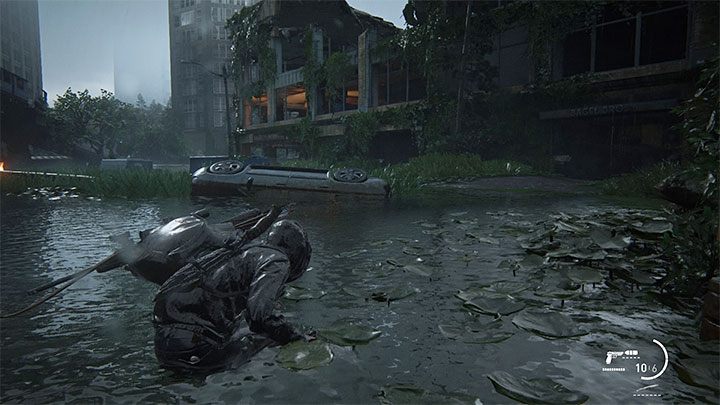 It's an artifact. It is found in the ruins of a large building shown in the image, occupied by Scars. You have to deal with all the cultists in this facility first. 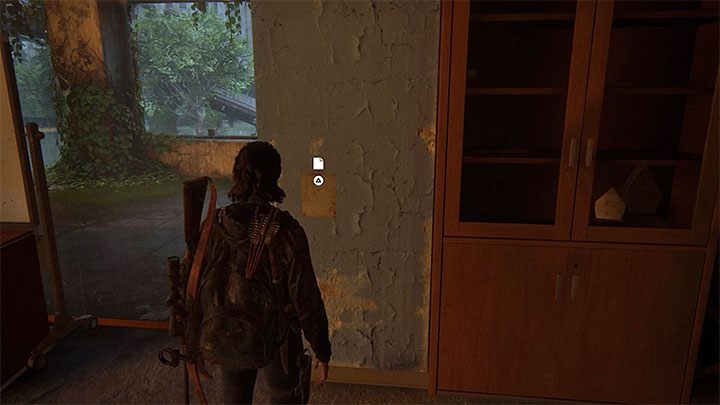 The document is nailed to one of the walls in the ruins. 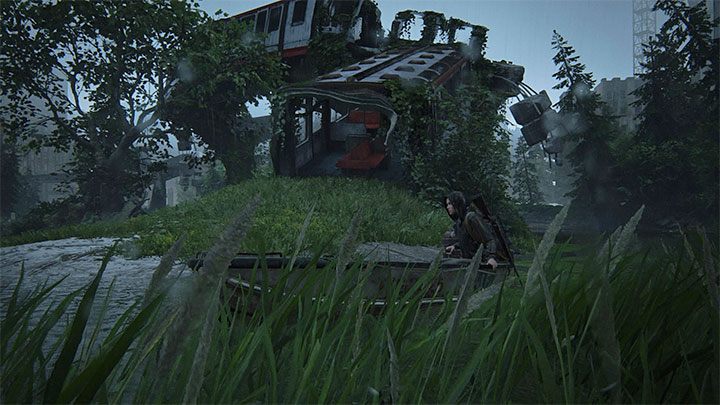 It's an artifact. The search for the secret begins in the same large area where the ruins with the cultists described above are also located. In this case, locate the small isle that allows you to access the first of several wagons. 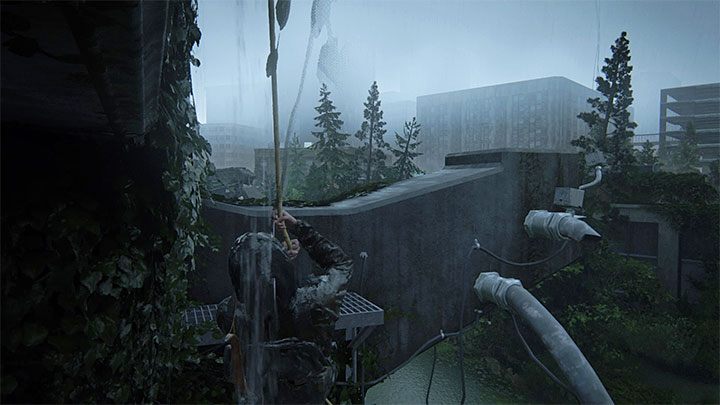 There is a rope in the first wagon - pick it up and throw it through the hole on your right. Grab a hold of it and start swinging so that you can jump to the neighboring ledge. 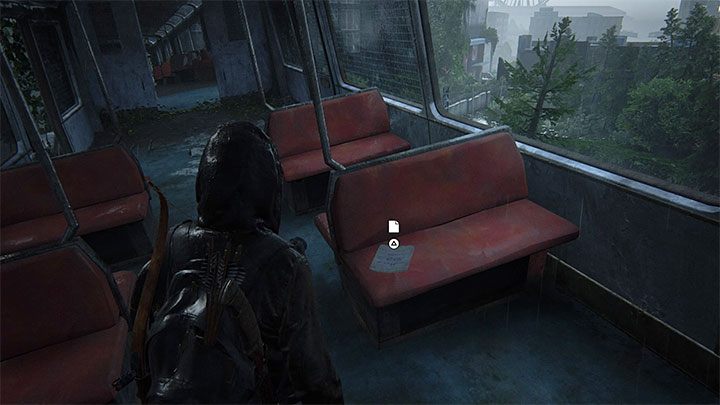 You can now access the next wagon. The document is on one of the red seats. 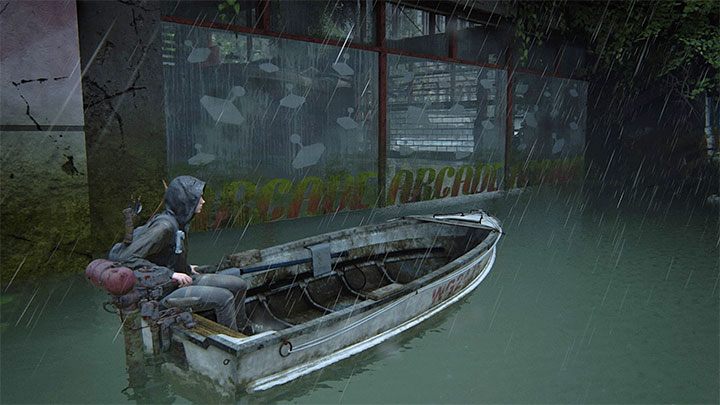 It's an artifact. You can set out to search for a secret soon after you reach the ruins of the arcade shown in the picture. After getting through the windows, Ellie has to get out of the boat to begin solving the more difficult puzzle to raise a new gate. 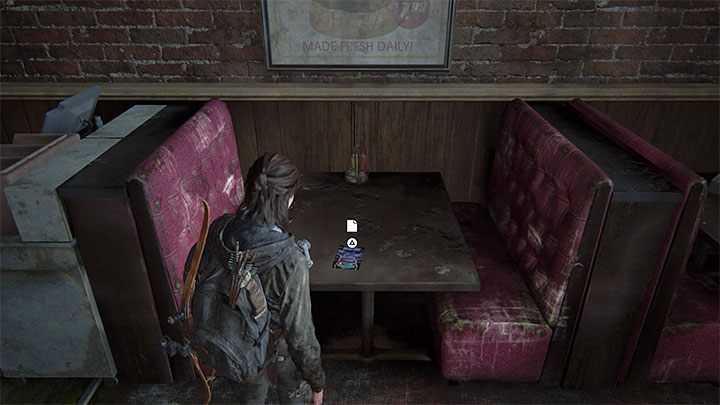 The leaflet sits on one of the tables in the dining area of the arcade. 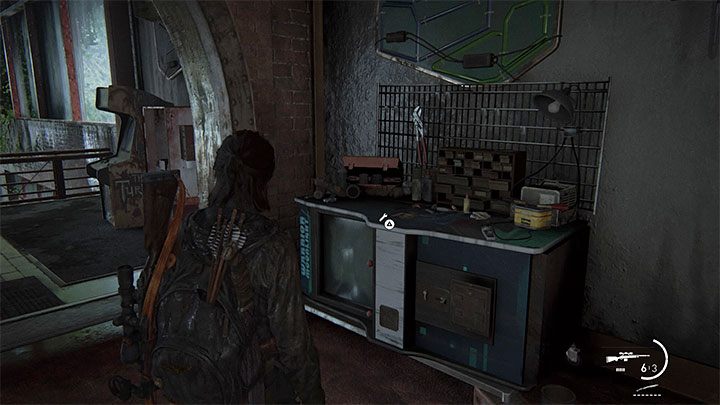 The workbench in The Flooded City level is located on the first floor of the arcade. You can easily get there using the stairs. 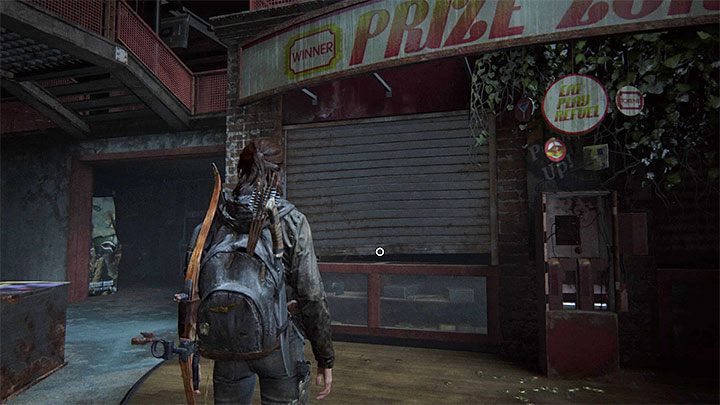 It's a trading card, and you can get it after defeating Purchlak who is encountered in the arcade. Ellie must lift the blind shown in the picture by holding Triangle. 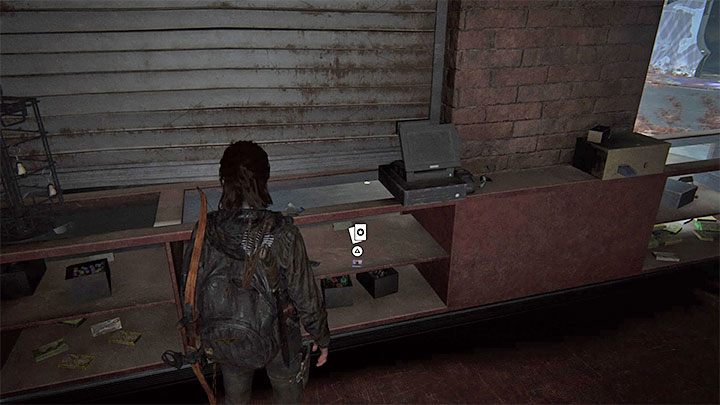 The card is under the counter. 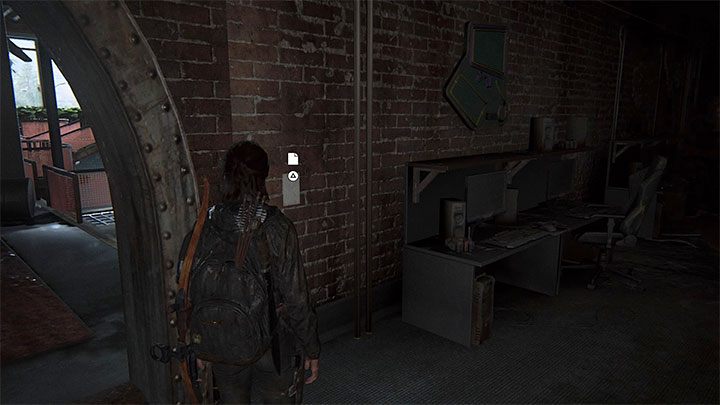 It's an artifact, and as with the previous secret, you must first defeat Purchlak in the arcade. Find a staircase to reach the upper floor of the arcade. The collectible is on one of the walls.