In this spoiler free chapter of our game guide to The Last of Us 2, you can find a complete walkthrough of the Subway Station stage which takes place in chapter Seattle Day 1. 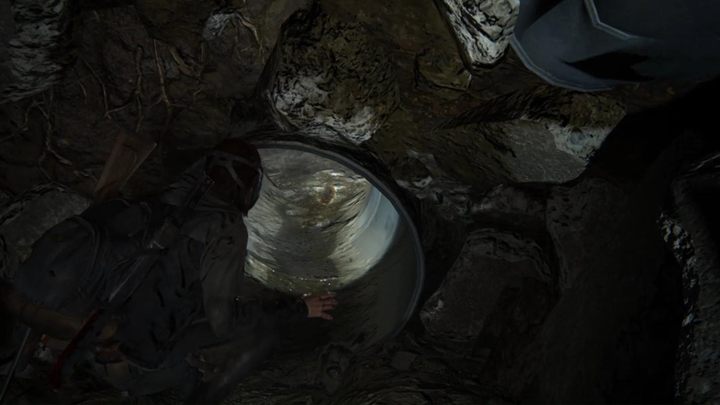 Go deep into the complex and crawl through the pipe. Walk through the rotating door, and after a while you'll see a clicker. 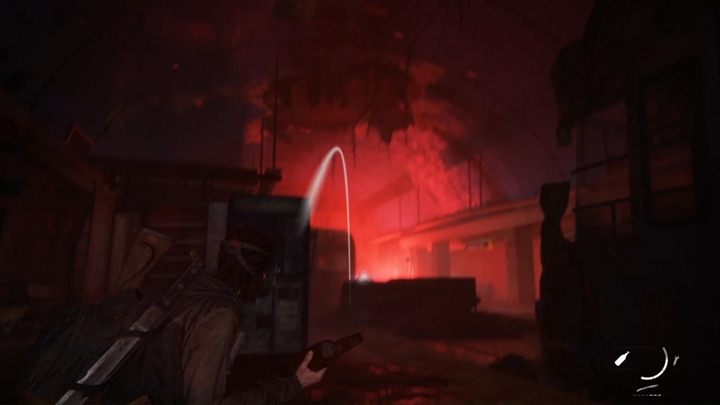 A little further you will reach the station where the red light is illuminating. Both the infected (clickers and runners) and the Wolves are wandering there. This sequence can be completed in several ways. One option is to throw a bottle around a group of people that will lure the mutants towards them. Then you can try to pass unnoticed, wait for the outcome of the fight (finish off the survivors). 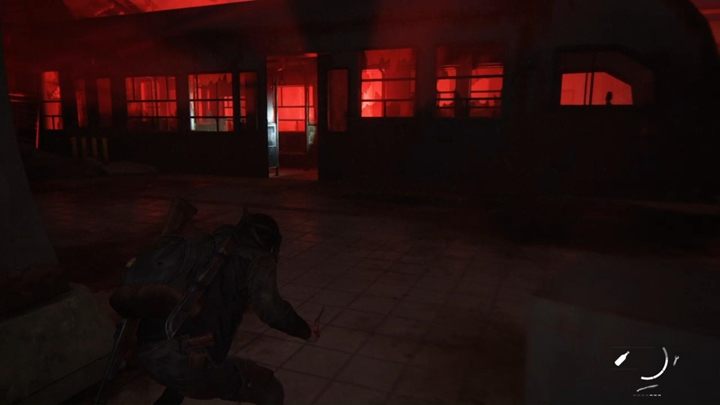 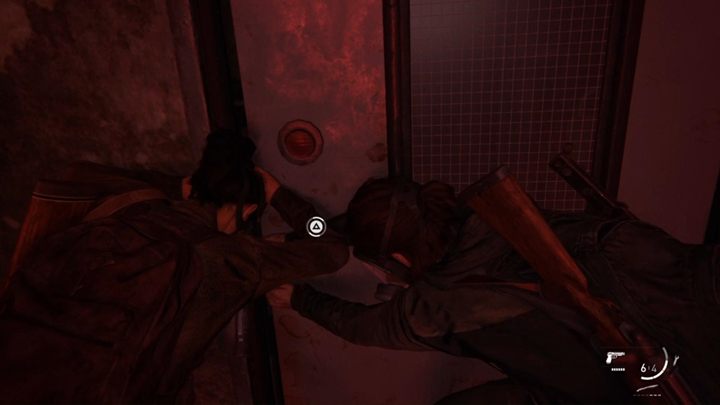 Head towards the end of the tunnel. You'll find a locked door that you can open with Ellie's help. This action will make a noise, so if there are still enemies around, you need to be vigilant not to be attacked during this interaction. 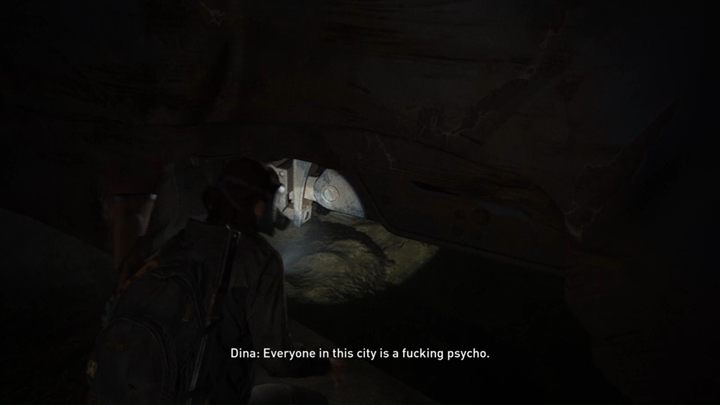 Walk through the destroyed railcar, then go outside and crawl to the other side. You'll reach the next room with a red flare. 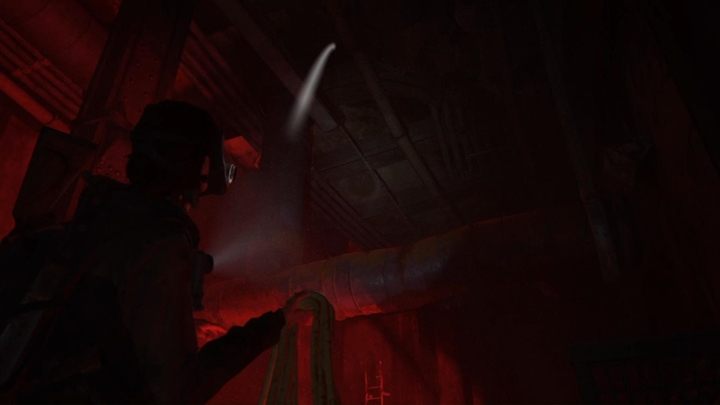 Climb the ladder and pick up the rope. Aim it in such a way that you can throw it over the pipe above you. Now grab the rope, swing a bit and jump to the other side. Enter the door nearby and move into the ventilation shaft. 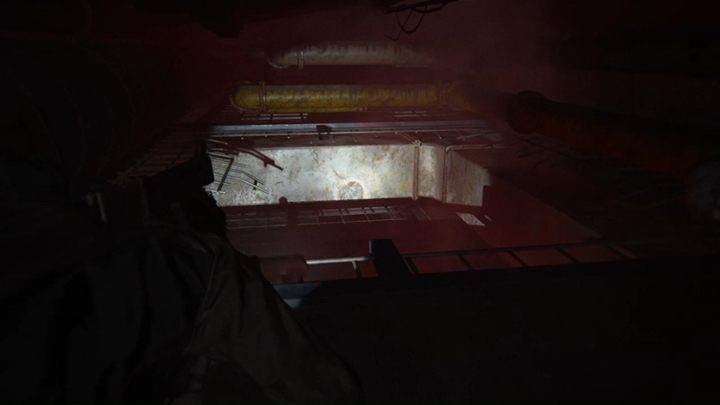 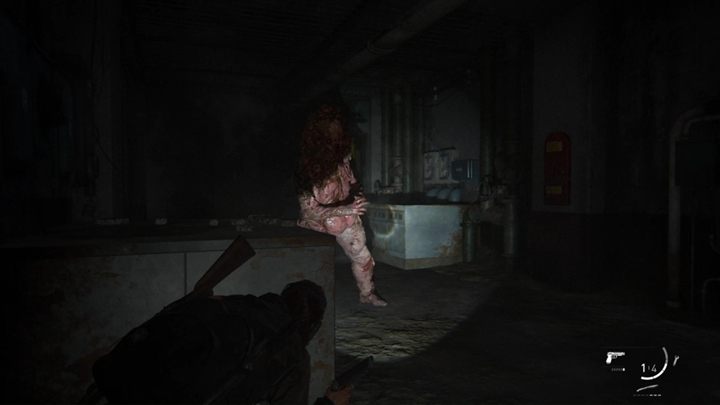 Crawl forward and you'll notice that one of the mutants explodes underneath you and kills a Wolf soldier. Find a hole in the glass and jump down. You will encounter an enemy resembling a Bloater, a very dangerous opponent known from the first part of the The Last of Us. This time the enemy is known as the Shambler and is even stronger and more dangerous than his earlier variation. A shotgun and a Molotov cocktail are great weapons against this type of enemy. Also, keep a safe distance from the opponent. The enemy explodes with gas that hurts Ellie, so you have to be careful and watch out for his attacks. Melee combat is useless as you will fall victim of the toxic gases of your enemy. Hide behind obstacles and use, for example, mines that can inflict a lot of damage on the mutant. Also, there will be one runner and an extra shambler to defeat during this battle, so plan it all well and monitor your ammo reserves. 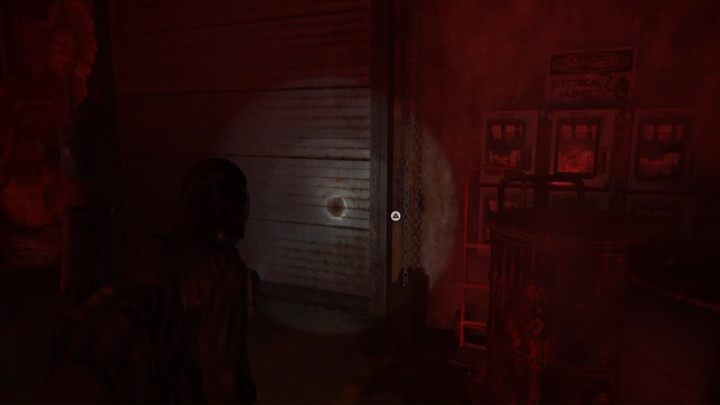 After the battle, approach the chains next to the gate and pull them to get out of this place. If you sneaked in and were unnoticed by infected, then you must be careful that they don't interrupt your door opening sequence. 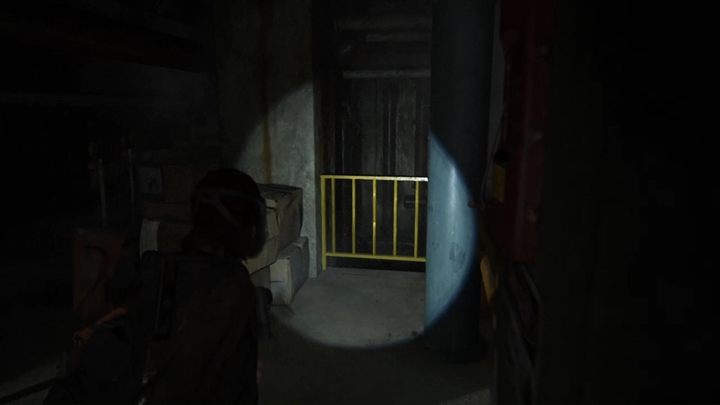 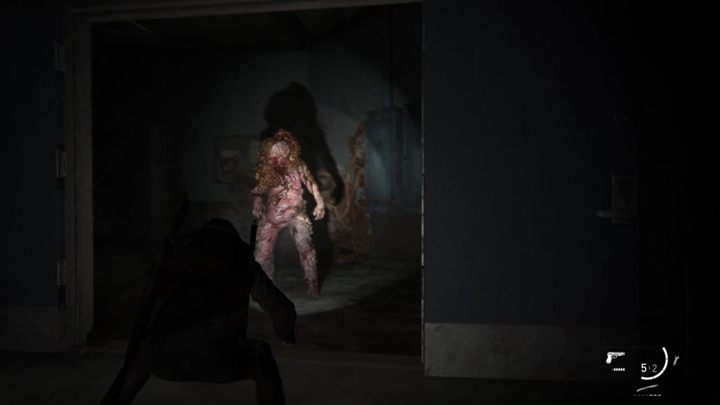 Continue down the hallways until you reach the yellow gate - jump through it to the bottom. There's one runner waiting for you there and a shambler. You can fight your enemies, or sneak behind their backs and reach the red door (the one with the exit sign). Open them to move on. 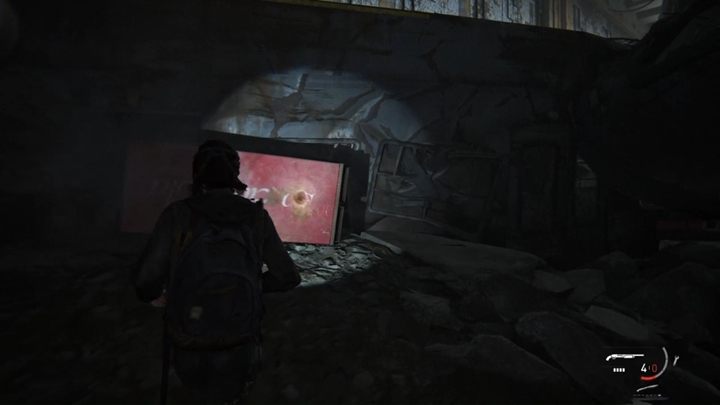 Get in the subway, go through it and get out on the other side. Then jump on top of the tipped crate and move on. 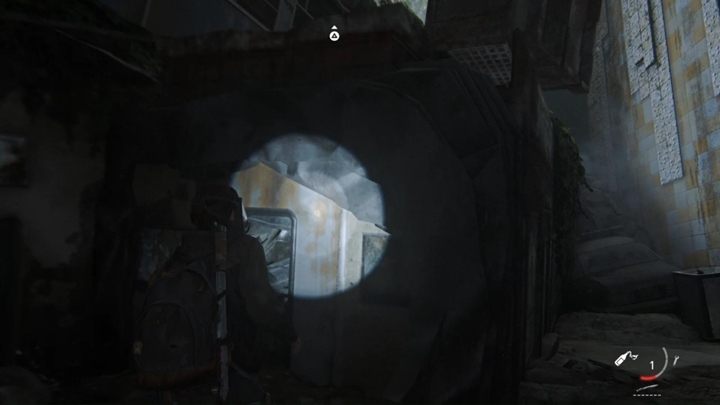 Help Dina jump on the destroyed railcar, and the girl will drop a crate for you - go up after your friend. Keep going and after a while, Ellie will fall down.

Running away from mutants 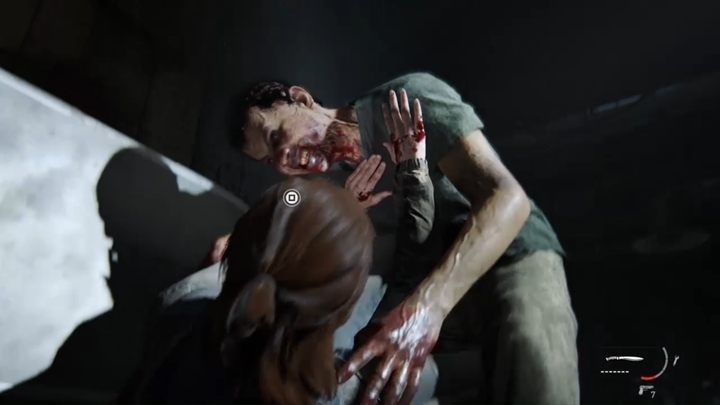 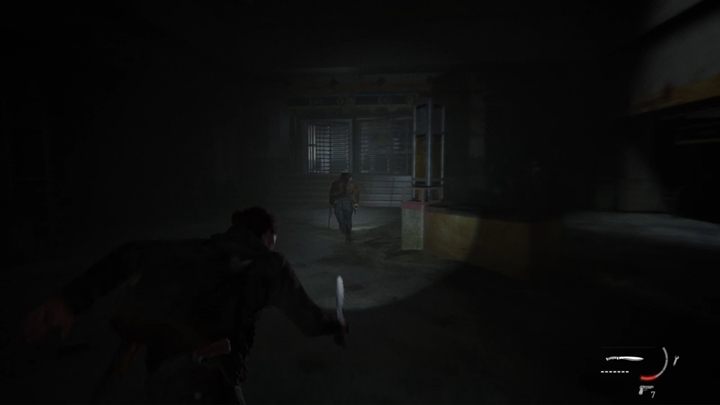 Run after Dina and don't get caught by the horde. After some time you'll be able to escape the station and go outside. However, Dina is in poor condition and needs to rest.