The next page of our spoiler free game guide to The Last of Us 2 explains how to reach the TV station and bypass the traps which were set up along the way. It is still a continuation of Seattle Day 1 chapter - you play as Ellie. 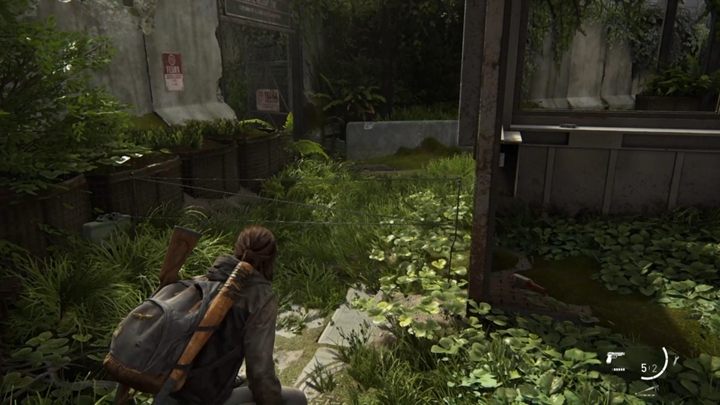 On your way to the TV station, you'll encounter a Clicker who dies from a trap. There are rather barely visible cables in the area that block the passage, be careful not to enter them, as this will result in an explosion and Ellie's death. Lure the runners to run at you, the first one will die from the trap and the second one has to be killed in a traditional way. 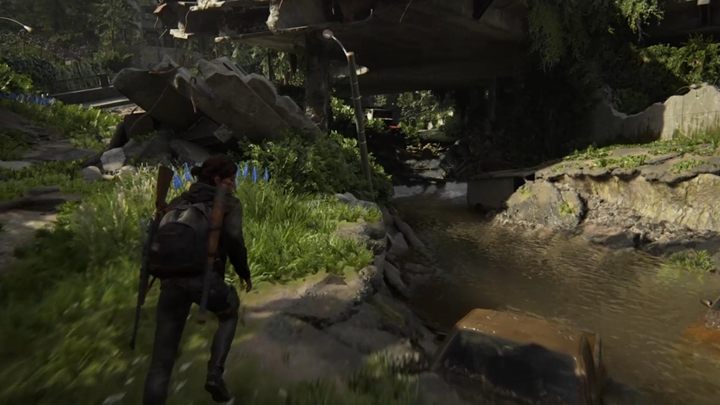 Go through the gate and go towards the stream. Pass it and go on the road. After a while you'll come across Tommy's dead horse. Continue on the road after the cutscene and you will come across corpses and car wrecks. 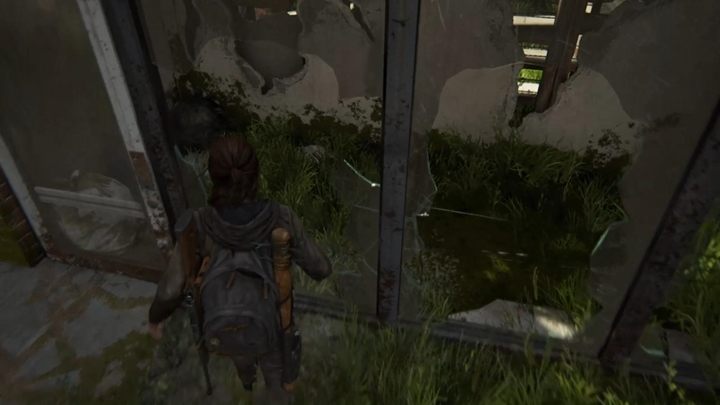 You will reach more traps - be careful and watch your step. Pass the first trap and jump over the hood of the car. Then break the window (watch out for the trap next door!) and enter the building. You can use a workbench here. 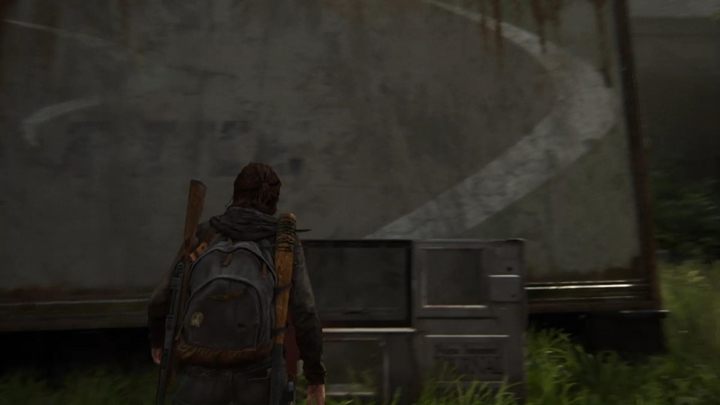 Walk through a hole in the wall near the table, then hop onto the crates and onto the truck. Now approach the graffiti truck and open it, move inside it and get off through the right side. 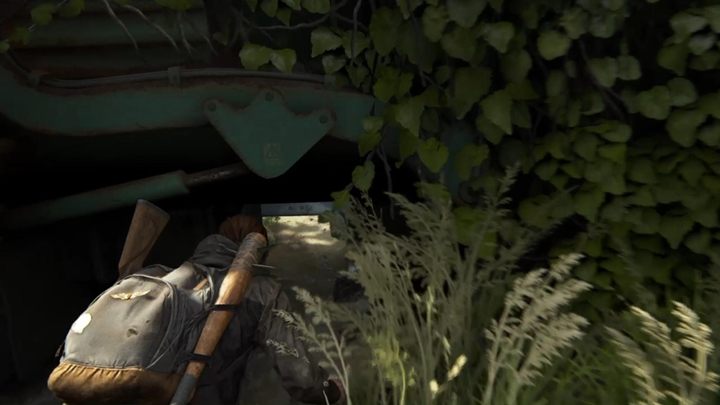 Crawl underneath the next vehicle and you will reach an area with a dead end. Everything around you will be wired. Dina will take a brick to throw it and detonate the trap. 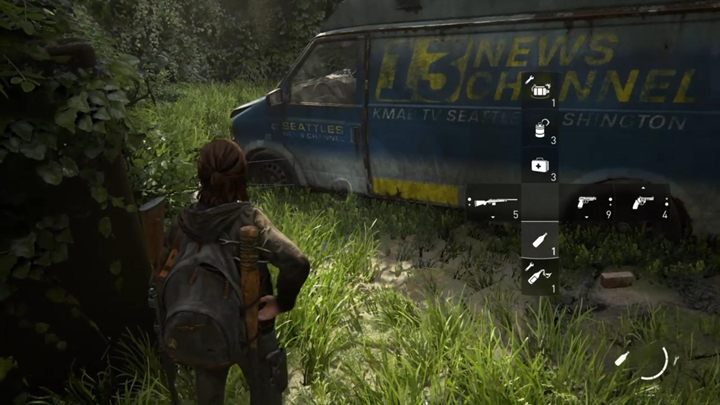 Go through the unlocked passage and then use the same trick to detonate another mine. 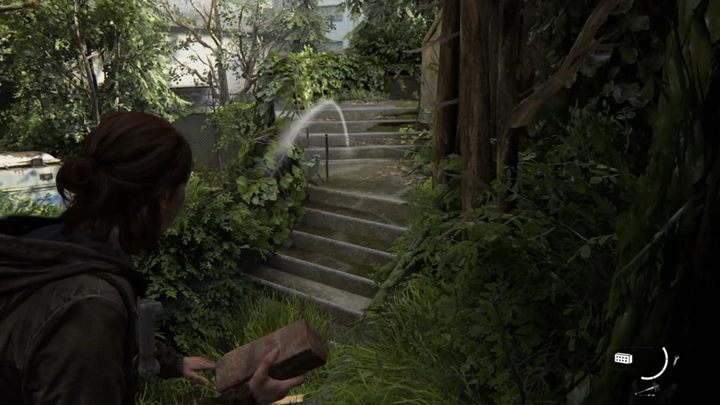 Climb on the ledge next to the stairs and use a brick or bottle to detonate mines on the stairs. Jump over the fence to continue your way up and you'll be in the vicinity of the TV station. 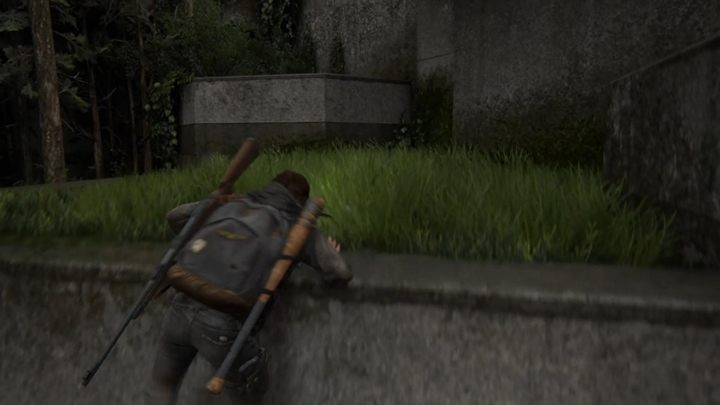 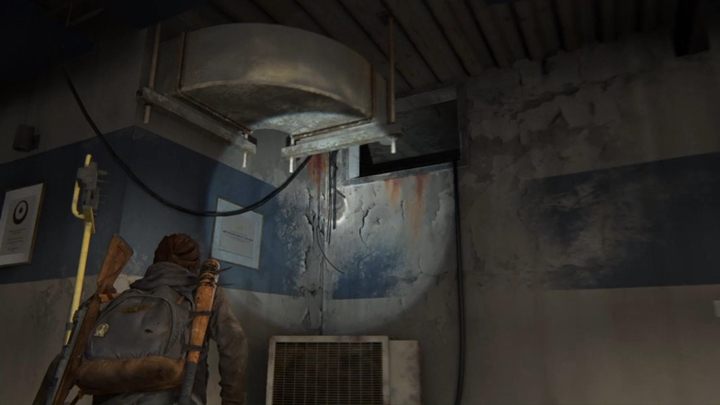 Climb the protruding parts of the building to reach the top. Approach the hanging rope and climb it to enter the station. Search the next room and follow the big wire. Jump through a small window to reach the main hall. 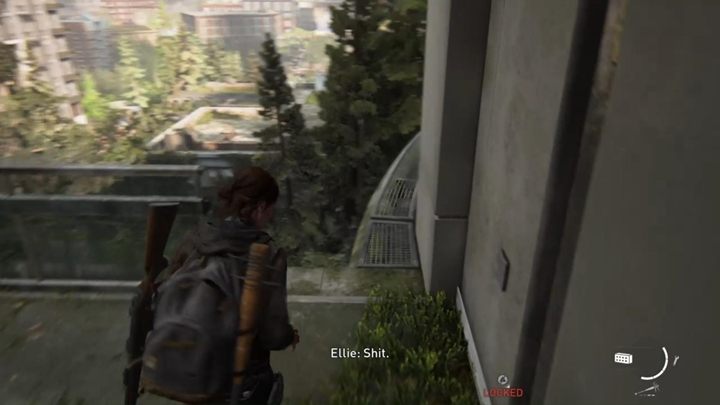 You'll find hanged Wolves there who were victims of another group. Go up the stairs and you'll find that one of the doors is closed. Walk on the nearby edge until you get inside. Go out into the hallway, open another door and go up. You'll come across the corpse of a woman who was involved in a raid against Joel. 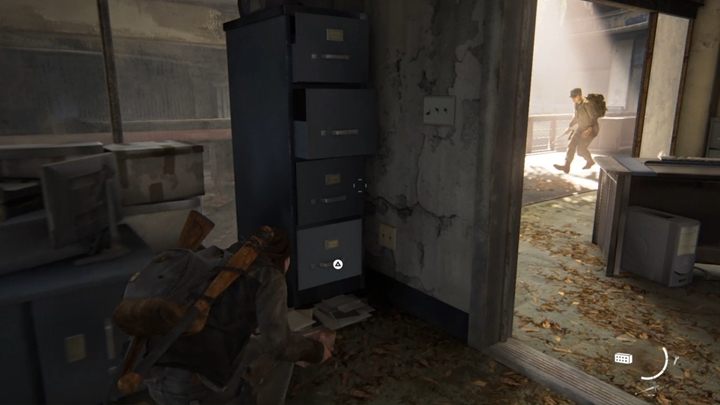 Follow Dina and jump out through the opened window to get to the lower level of the building. You'll hear that the Wolves have entered the building. Go inside and start sneaking. Watch out for the enemies - those who are close enough can be silently assassinated. 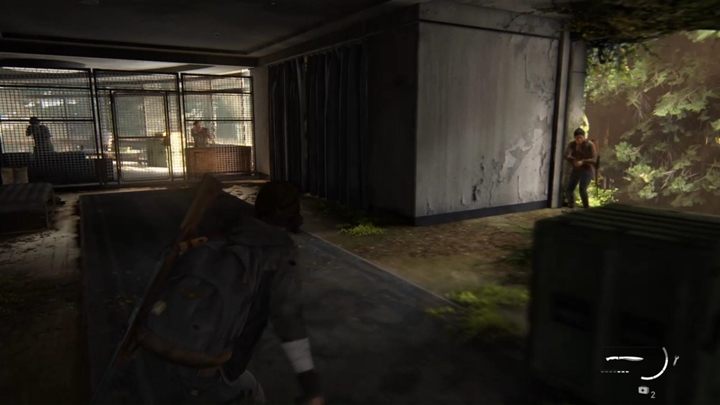 When you clear the place up of enemies, follow Dina and go downstairs. On the way, your enemies will automatically detect you - there's no point in shooting at them, just run after Dina and stick to her tips on how to run away from your enemies. Run ahead to move away from the station and avoid more enemies. 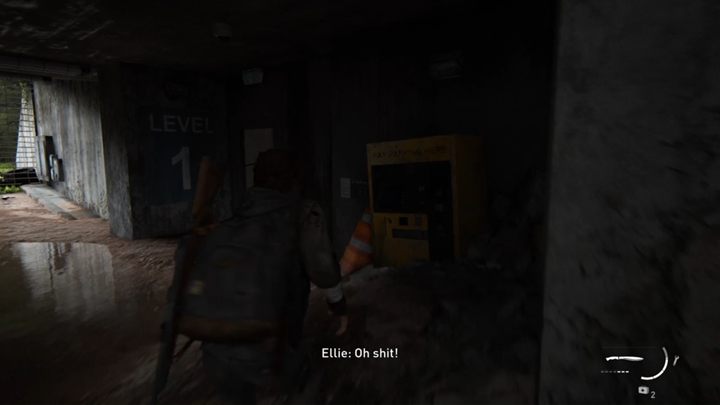 You'll finally reach the building complex and Ellie's going to block the passage.