The bow is one of the most useful weapons in The Last of Us 2, especially if you like to silently eliminate your opponents while remaining hidden. On this page of our guide you can find out where the bow in TLoU2 is located and how to get it. We have also prepared basic tips on how to attack effectively with a bow.

Abby, the playable character in the latter part of the game, cannot use a bow. However, she can use an equally interesting crossbow. You can learn more about it on Crossbow - how to get? page.

How to get bow in The Last of Us Part 2? 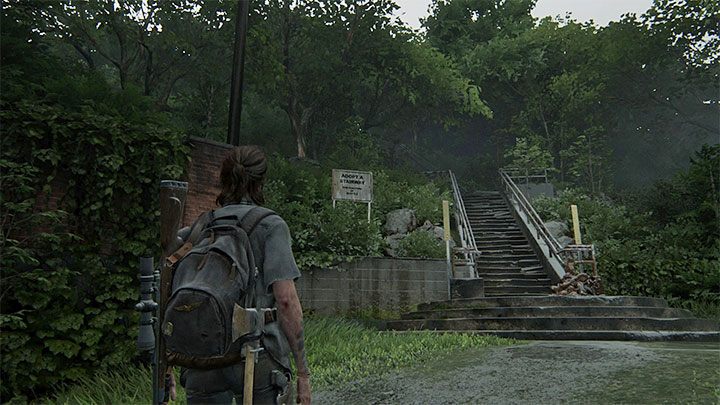 Bow can be obtained after a few hours into the game, specifically after you reach the scenes presenting the second day of your stay in Seattle (Seattle Day 2) as Ellie. You have to start the Hillcrest level, which consists in exploring the title district. During this stage you will pass the stairs shown in the picture. At this spot Ellie will find first arrows for the bow. 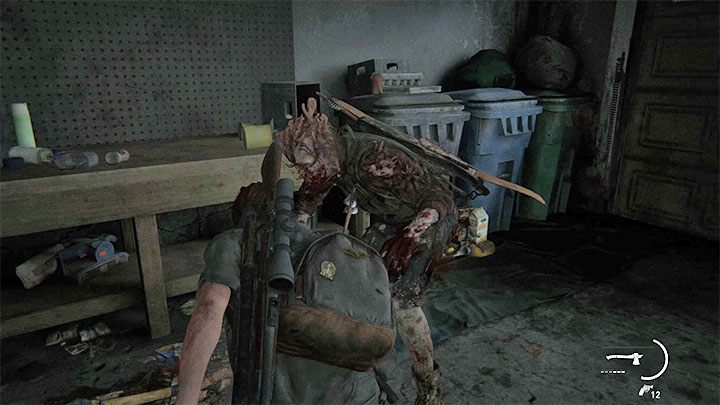 Shortly after entering one of the residential houses, Ellie will be attacked by a Stalker (a unique infected) with enhanced agility. You have to defeat the monster in melee combat - don't forget to dodge enemy strikes at least once before you use melee attacks. 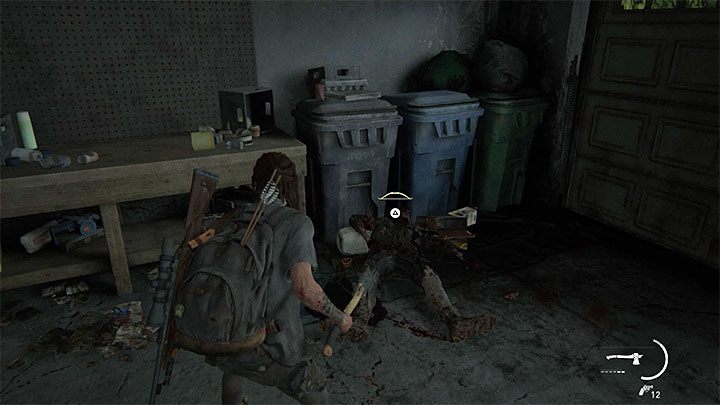 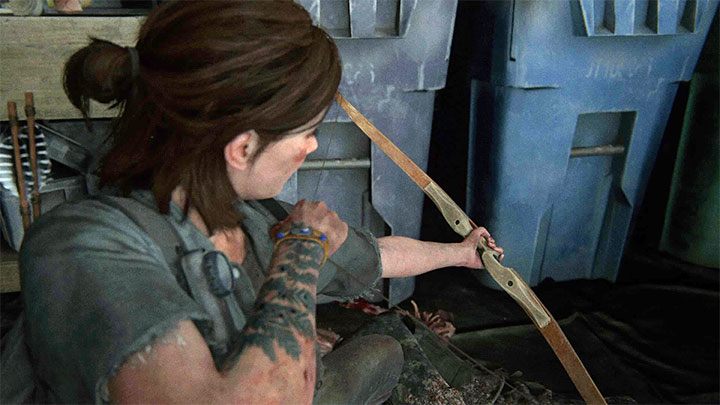 The defeated monster will drop a bow - you can pull it out from the corpse by holding the Triangle button. The bow will be permanently added to your inventory (unlike melee weapons, it doesn't deteriorate or get damaged in any way).

Arrows - how to get them 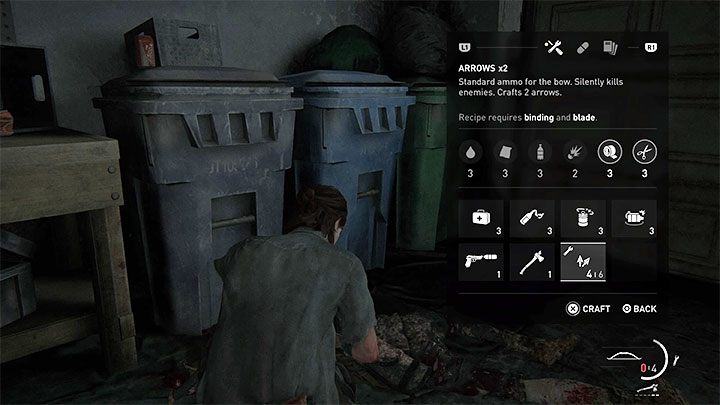 There are two ways to get arrows: 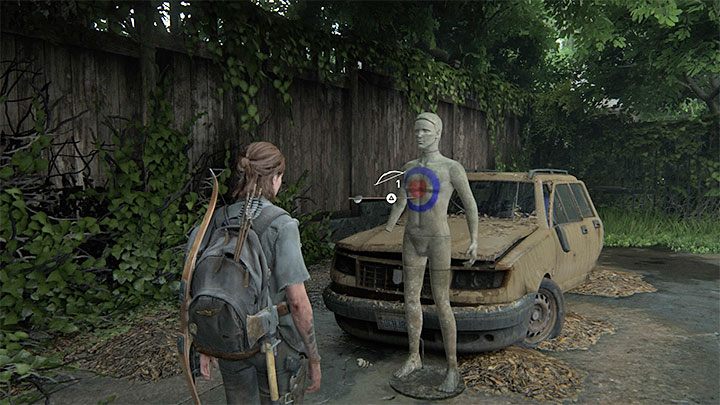 Note - Don't forget that you can collect arrows which you have released. However, this is only possible if the arrow was not destroyed after it hit the target. Overall, the chance of getting an arrow back is slim. 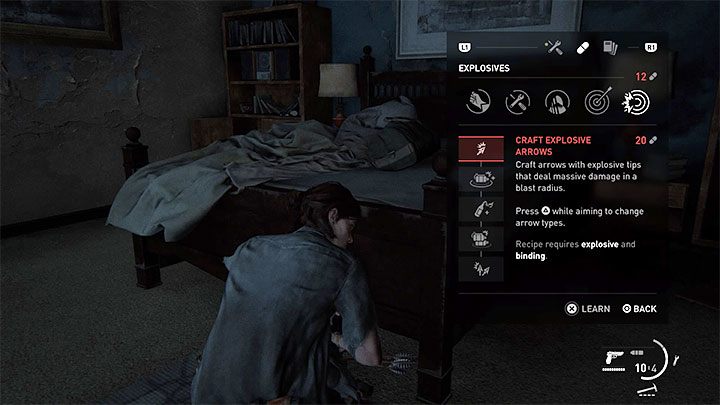 In the later part of the game, you can unlock the option of producing explosive arrows - you will need an explosives training manual. You can learn how to get the manual on the Crafting - a list of crafting items and Training manuals and passive skills pages. Alternatively, explosive arrows can also be found in the game world, although they are a rare find.

Switch between regular and explosive arrows by pressing the Triangle. 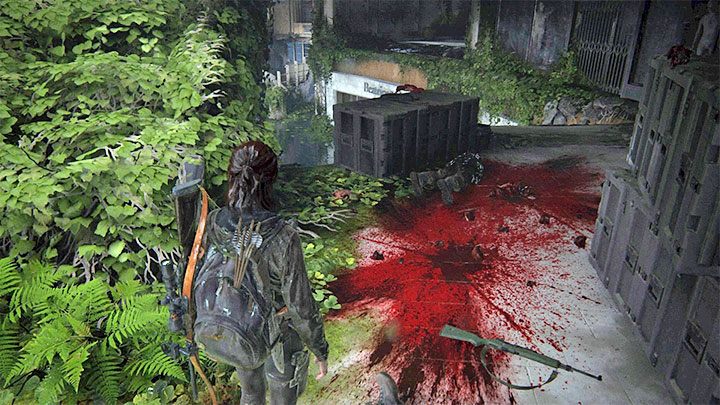 Explosive arrows are great for attacking groups of opponents. The arrow's explosion is capable of killing two or even more enemies who stand close to each other (this also applies to opponents accompanied by dogs).

How to attack opponents using a bow? 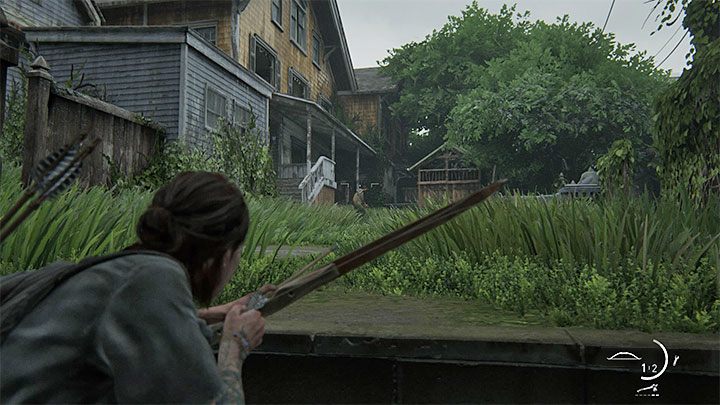 When using the bow, you have to remember two things:

It's also worth knowing that Ellie can shoot a bow in a prone position. You don't have to crouch, exposing yourself to opponents. 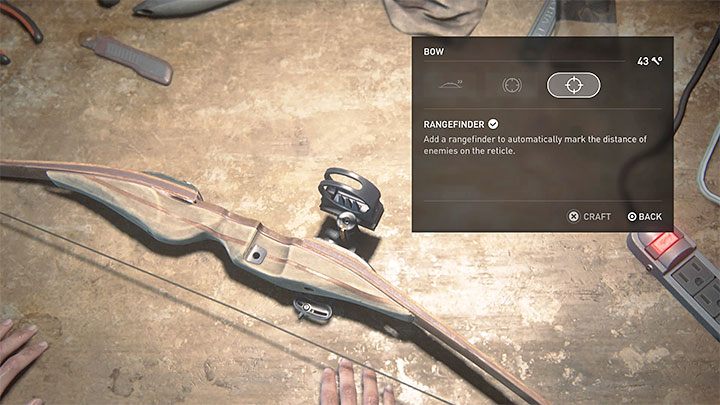 The Rangefinder is by far the best upgrade for the bow - you can unlock it for 80 pieces of scrap at any workbench. 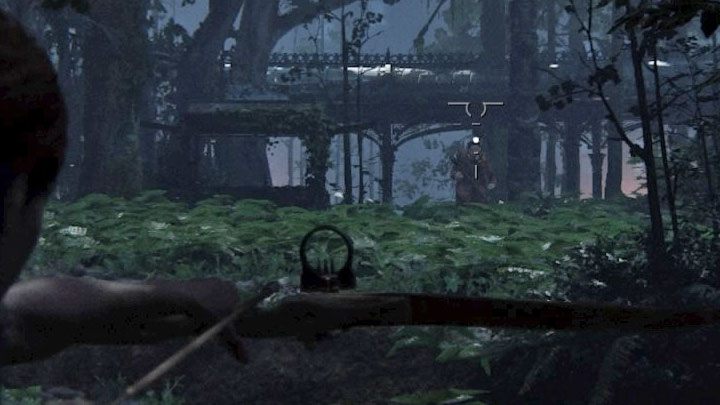 This upgrade adds a dot that appears when you are aiming from the bow. It allows you to determine exactly where the arrow will fly. This increases the chance of hitting the target.