This unofficial guide to The Hong Kong Massacre will help you complete the missions in this rather challenging game. The guide has been divided into a few chapters. The first few pages contain various tips. Here, you can learn how to die less frequently, how to complete mission challenges or what is the right order of upgrading weapons. We have also included a trophy/achievement guide - check it to learn how to unlock all the trophies/achievements and unlock the platinum trophy (only on PS4).

Our guide to The Hong Kong Massacre also has a complete walkthrough. We have described all available missions, focusing on various aspects such as the number of enemies to defeat or a mission's unique feature (e.g. jumping from one rooftop to another). The walkthrough also contains descriptions of boss fights - unlike other enemies, bosses have traditional health bars.

The Hong Kong Massacre is a debut project of VRESKI, a two-person studio from Sweden. The game is a twin-stick shooter where the action is observed from a top-down perspective. As the name suggests, the action takes place in Hing Kong. The game shares a lot of similarities with popular Hotline Miami, however, The Hong Kong Massacre distinguishes itself by having a bullet time mode.

No, The Hong Kong Massacre doesn't have the option to change the difficulty level. However, you can make the game significantly easier by using a lot of bullet time. This mode can be activated an unlimited number of times but once the bullet time bar is depleted, you will have to wait until it regenerates.

How to activate the bullet time? 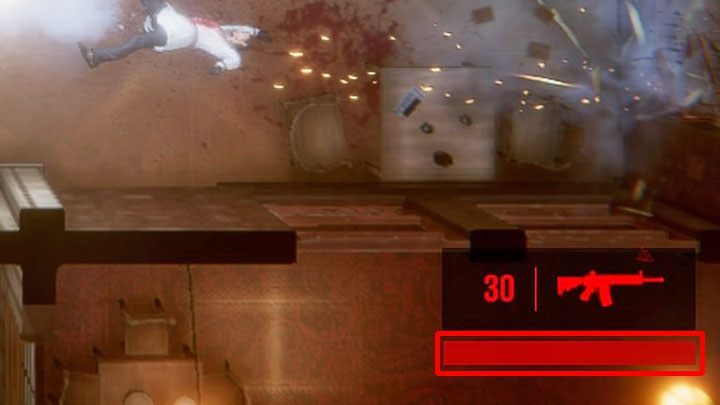 The bullet time mechanic isn't explained well enough by the game. To activate it, you have to HOLD the bullet time button - L2 on PlayStation 4. The bullet time bar is presented in the bottom right corner of the screen (marked on the picture above). This means that you can't use it without any limits. However, after deactivating the mode, the bar will replenish itself.

Why can't I find The Hong Kong Massacre in the Sony store?

The Hong Kong Massacre was released on January, 22nd 2019. However, the game didn't have a world premiere. The title may be unavailable in some countries. In the case of PS4, the game can't be purchased in, e.g. the United States. The reason for that is probably the fact that the game was developed by two people.

The following table shows the controls in The Hong Kong Massacre on PlayStation 4. You can't change the buttons' layout. The controls aren't that complicated, however, the game requires you to make split-second decisions. You need to memorize how and when to press the specific buttons, especially those responsible for jumping/dodging (R1) or the bullet time (L2).

About The Hong Kong Massacre Guide 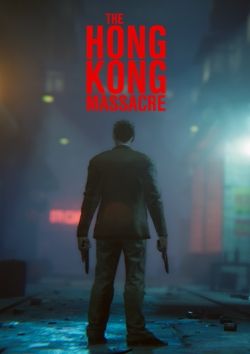 The Hong Kong Massacre is the debut project of a small (consisting of two people) Swedish studio VRESKI. Its roots go back to 2014, when the creators presented the first prototype of the title. The production process lasted another four years.

The action of The Hong Kong Massacre takes place in the eponymous city, where for many years there has been an escalating triad war, in which the player takes part. The title tries to recreate the brutality of the Chinese mafia. Executions, bloody scores, illegal trade and shooting with the police are just the tip of the iceberg. The whole thing is kept in the atmosphere of dark, eastern sensational films, such as Lat Sau San Taam or John Woo's The Killer.

The creators of The Hong Kong Massacre do not hide the fact that when conceptualizing the game, they were inspired by such titles as Max Payne and Hotline Miami. The player's task is to wade through different levels, observed from a top-down perspective. They are filled with armed enemies. The key to success is to quickly eliminate opponents and avoid bullets. The former is helped by a wide range of weapons, from guns (as befits Maks Payne's follower, you can shoot from two simultaniously) to automatic rifles and rifles; the latter is made possible by efficient movement (jumping over obstacles, windows, roofs or throwing on the ground with simultaneous fire) and the ability to turn on time slowdown. Bullet-time is a key mechanism in The Hong Kong Massacre. It is the only way to get through more difficult boards.

The Hong Kong Massacre runs on the Unity engine. The audiovisual setting is supposed to best reflect the atmosphere of Hong Kong and the brutal story of the triad war. The whole is therefore dark; the omnipresent darkness is lightened by bright neon lights, which creates an extraordinary atmosphere of noir. In order to convey the pleasure of shooting, the creators have made sure that the environment is as destructible as possible.

This site is not associated with and/or endorsed by the VRESKI or VRESKI. All logos and images are copyrighted by their respective owners.