The Elder Scrolls: Blades are based on 1 vs 1 battles, where the main emphasis was put on melee combat. The whole thing is of course supported by the touch screen, but don't count on the Fruit Ninja cut-type variations - it's the timing and rhythm that counts.

Attack with a longer tap on the left or right side of the screen until the filling circle turns from red to gold. If we shoot perfectly into a full circle, we'll have a critical strike. 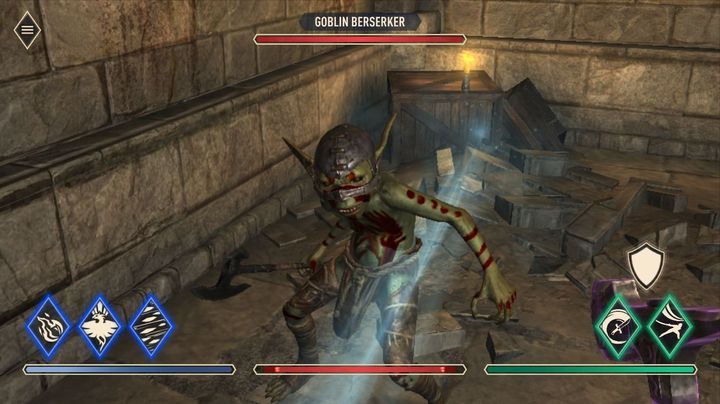 As far as combinations of attacks are concerned, we perform them by alternating regular attacks on the left and right. The opponent can break the series with his own attack, so it's best to use light or balanced weapons, whose circles fill faster than the ones of heavy weapons.

If your hero uses a shield, it's a good idea to use it at the last minute before hitting an enemy, thus making them unbalanced and gaining a moment to counterattack or cast a spell. We also recommend using dodges in a similar way, especially since some of them are associated with special bonuses - such as Adrenaline Dodge. The later you make it, the more health points you restore. In addition, the shield allows you to protect yourself only from part of the damage of stronger enemies, while the dodge protects you from the whole damage. 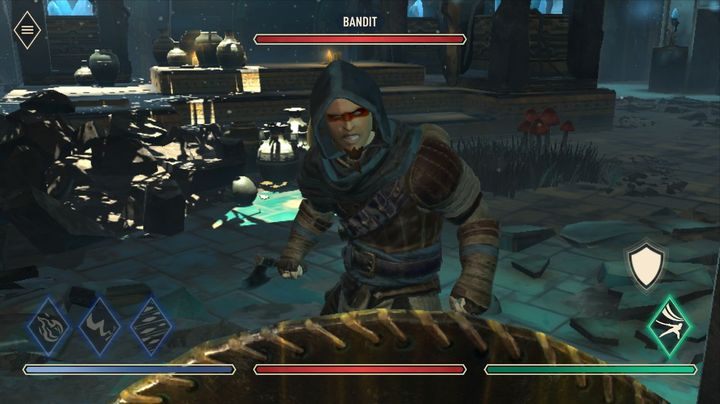 Smaller enemies such as Wolf, Skeever or Wisps are a special case here. These units are out of range during combat, allowing them to launch an attack only if they come at us by themselves. Fortunately, there's a simpler way to do this - all of these units are sensitive to fire damage and even the lowest-level spell like Fireball, will deal with them quickly.