Enchanting items and equipment is available as part of the Enchanter's Tower. It gives you the option to add special bonuses to your items that do not yet have these bonuses (the smaller bonuses marked with a colorless icon do not count). 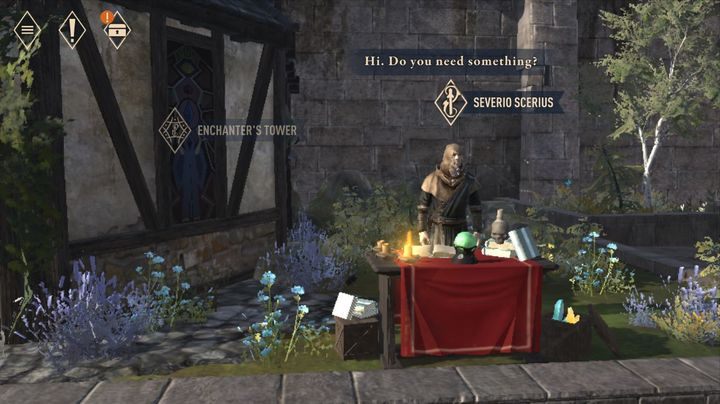 Enchanting requires money and resources from the player, especially Soul Gems of different quality, which we obtain from missions and chests. Each item can be enchanted in one of the seven available ways, and you also have a chance to get additional upgrades (Bonus Enchantments).

Among the additional improvements we can find various increases in resistance, ignoring some of the opponent's defense points or bonuses to healing effects. The latter is the most desirable, but unfortunately we have no influence on the selection of additional enchantments and you just have to be lucky. 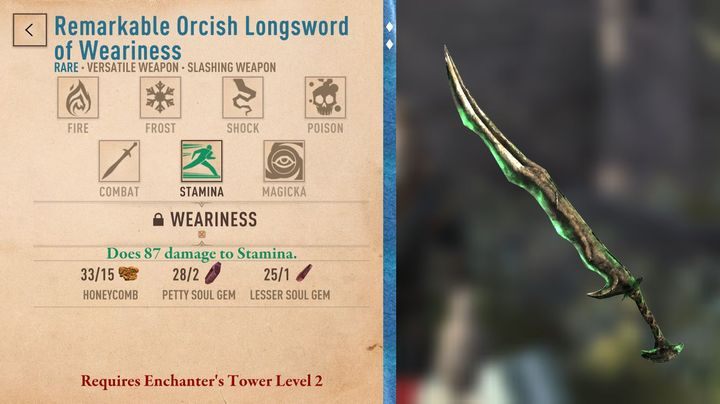 It is worth focusing on the healing effects of gloves and counting on the fact that other parts of the equipment will also get this among the extra bonuses. This stems from the fact, that healing between fights originates exclusively from food lying here and there (although in random dungeons of Abyss we will not find it) and not very profitable health potions. Healing skills and spells are the best solution, but we will use them only during the duels and then you can see how important it is to increase the healing effects.

Potions have a positive effect on our hero and poisons that are being used on enemies are a less important part of The Elder Scrolls: Blades, but this does not mean that they are completely useless. They work well in some situations and certainly it is worth to keep a few gained along the way (from chests/missions/Abyss), but the constant creation of new potions in the alchemist's workshop is not profitable at the moment.

Why creating potions is unprofitable? Brewing the weakest potions is a matter of seconds, a small number of ingredients and gold, which with the next ranks quickly becomes troublesome. Ingredients are missing, brewing starts to last for long minutes, and the ratio of spent gold to healed health points is becoming more and more unfavorable. Therefore, if you use them, take the weakest ones... unless you have a lot of resources and patience.

The player has access to potions and poisons only during missions and dungeons of Abyss. The appropriate window can be opened by touching the health bar or through the character's equipment menu. Then, drink potions or put poison on the weapon. In addition, when the bar of our health, stamina or magicka is almost empty, an icon appears on the screen allowing you to quickly drink the appropriate potion. On the one hand it is convenient, on the other hand - many players complain that they are constantly accidentally touching these icons, so it is worth noting.