This unofficial guide for The Crew 2 contains numerous useful information that can help you win contests, upgrade your vehicles and reach new stages in the career mode. The first few pages contain tips for numerous popular topics - how to unlock new race categories, how to collect loot and how to upgrade vehicles. Certain topics, e.g. collecting loot that was left behind and restarting failed races, are more broadly discussed in the FAQ chapter.

The chapter dedicated to vehicles is a crucial part of this guide. There, you can find the full list of all available vehicles as well as smaller overviews of vehicles that were divided into groups (e.g. cars for street races or drifting contest). Each of these tables contains information on their price, starting level or how easy they are to handle. This chapter also contains information on how and when you can get some of these vehicles for free.

Other chapters in our The Crew 2 guide are about races and ways of competing with other players, finding photo spots or unlocking achievements. The guide features a complete list of all the trophies along with detailed instructions on how to get them.

The Crew 2 is a sequel to the very popular racing game released back in 2014. Just like the previous title, The Crew 2 also takes place in the United States. However, the game has a few new features added into it. Story missions are replaced with automotive festivals that focus on various types of motorsports. Another new feature is that we can now travel around the game's world by using boats and planes.

Which vehicles should I use at the beginning of the game? 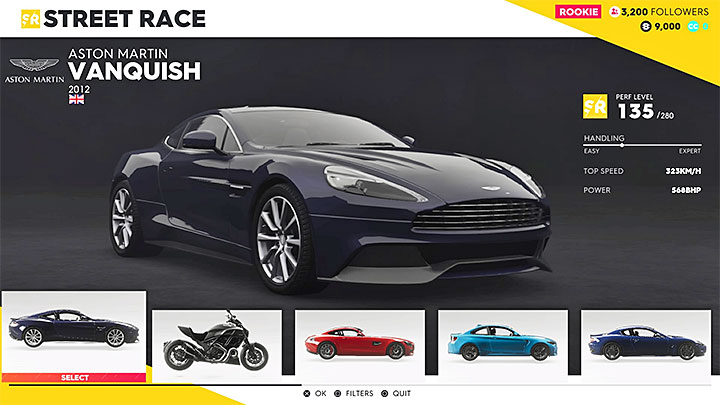 It's not difficult to win the first races and you shouldn't try to buy the best vehicles at an early stage. Here are our recommendations regarding the completion of competitions from the "start-up" disciplines, i.e. those that are available from the very beginning of the game:

How to get promoted in the career mode of The Crew 2? 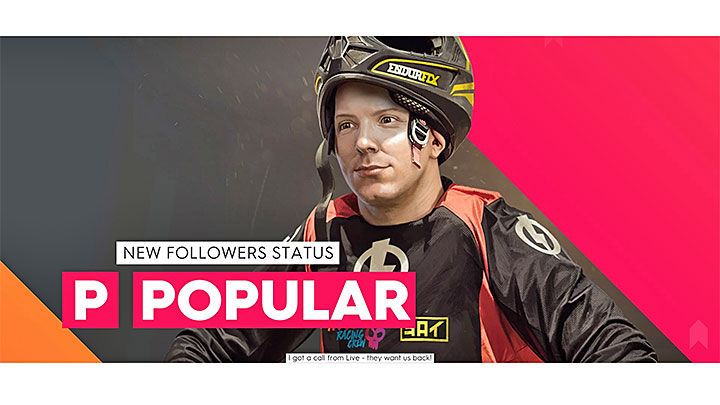 The progress in The Crew 2 is based entirely on getting fans; it can be compared to gaining experience points in most role-playing games. New fans can be gained for practically every type of in-game activity, but if you want to get promoted faster, you should:

After you have gathered enough fans, you will receive bonuses (bucks and crew credits) and you will be promoted to the next level. This involves unlocking new competitions, and, above all, disciplines (note - you need vehicles from newly unlocked groups to complete them - buy them if you don't have any free ones from the prizes offered by the game).

The cherry on top of our progress in each of the four main categories (Street Racing, Offroad, Pro Racing and Freestyle) is the opportunity to duel its champion. This becomes possible only after you have completed 70% of available activities within a given category. By defeating the champion, you will gain an achievement and a unique vehicle. After your victory, you can still deal with the remaining competitions and challenges.

Defeating all four champions unlocks access to the Grand Final, which ends the main part of the career mode.

How to accumulate credits (bucks) in The Crew 2? 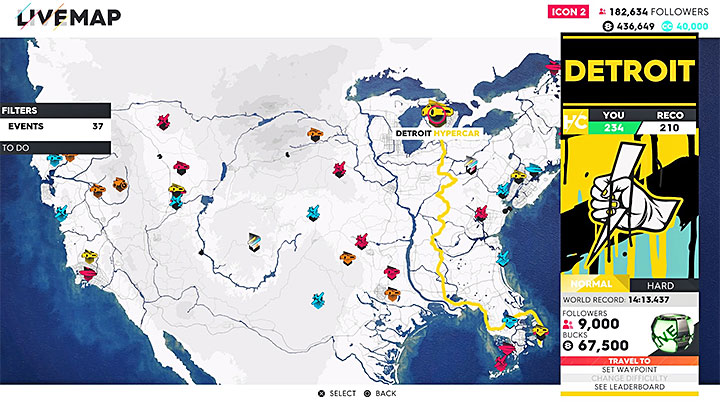 The two best methods for getting rich quickly in The Crew 2 are:

Why spend credits (bucks) in The Crew 2? 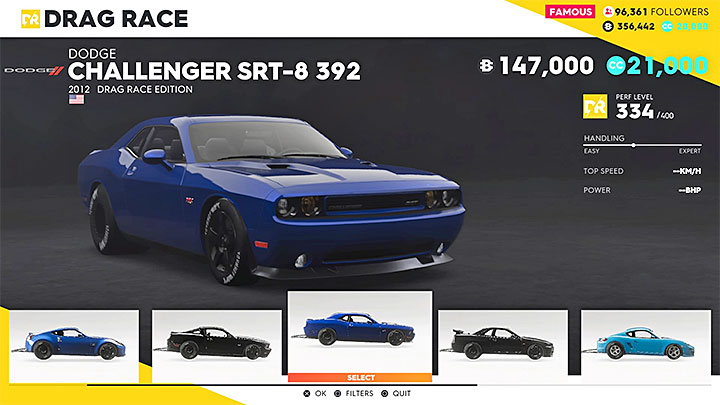 All the money you have accumulated should be spent entirely on the purchase of new vehicles. Also, try to invest them in machines from newly unlocked disciplines, because otherwise you won't be able to participate in related competitions. You can shop for new models from "old" categories, only after you have at least one machine from each discipline.

It is not worth wasting bucks on expensive paint jobs or visual upgrades, for example new spoilers or rims. This is especially inadvisable in the initial phase of the game when you don't have a lot of cash.

The alternative currency in the game are the Crew Credits. It's not exclusively linked to micro-transactions, because you can get a total of 40,000 of these just by progressing in the career mode. You can then use these credits to purchase a vehicle with a standard price of up to 280000 bucks.

Why are the other competitors catching up with me? 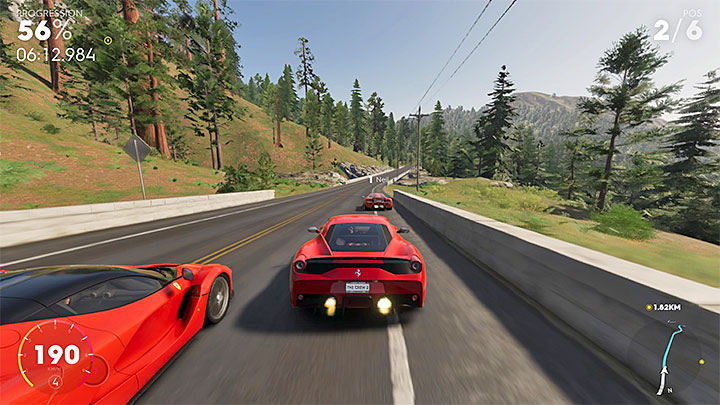 There is unfortunately an unpleasant phenomenon in The Crew 2, which is called rubberbanding. This means that the skill level of AI-controlled opponents dynamically adapts to your driving (except for some TC and AGP races, in which the AI performs much worse). Fast and error-free driving is associated with the fact that the other vehicles are sitting on your tail, just waiting for some error. And when it happens, the opponents usually slow down significantly, allowing you not only to catch up to them, but also to overtake them once again. Here are two important things to remember:

How to upgrade vehicles in The Crew 2? 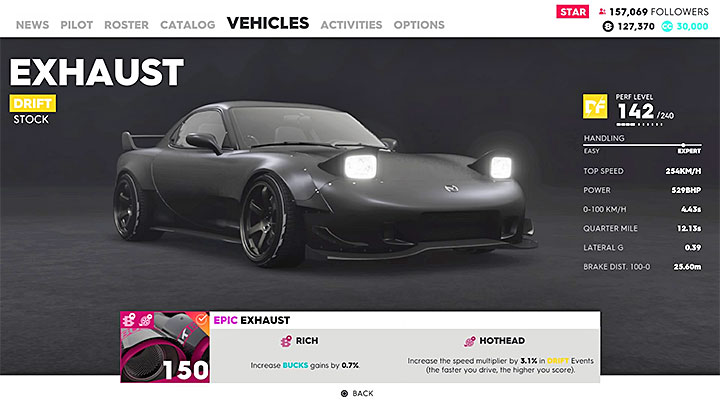 The only way to improve machines in The Crew is to install parts that are acquired from the loot boxes. Loot boxes appear on the ground after completing some competitions or challenges. After adding them to your "collection", you can choose the best ones. Below you will some important information related to modifications:

The most important controls in The Crew 2

Below we have compiled the most important buttons needed when playing The Crew 2. Their full list can be found on the Controls and its settings page in our The Crew 2 guide.

Is it easy to get a platinum trophy in The Crew 2?

Going "platinum" in The Crew 2 is definitely easier than in the first part of the series, but this doesn't mean that you can do it without any effort. Unlocking the platinum trophy requires you to spend around 30 hours with the game.

Trophies that are the most troublesome:

Can you play The Crew 2 without access to the Internet?

Unfortunately, you can't play The Crew 2 without an Internet connection. What's more, it must be a permanent connection, because The Crew 2 (like the prequel) is an always online title. If you lose your connection to the servers, the game is interrupted and you're returned to the main menu. Resuming is possible only after reconnecting and returning online.

Will my PC launch The Crew 2?

About The Crew 2 Game Guide

More About The Crew 2

Forza Horizon 4, The Crew 2 and how the two make a perfect racing game together

Is a worthy heir to the legacy of Test Drive Unlimited finally around the corner? The Crew 2 and Forza Horizon 4 are both looking like solid candidates, thanks to the fact that both dev teams aren’t afraid to borrow and overhaul each other’s solutions

This site is not associated with and/or endorsed by the Ubisoft or Ivory Tower. All logos and images are copyrighted by their respective owners.