Callisto Protocol is available in several different versions and on this page of the guide we have presented the 3 main editions of the game - Standard, Digital Deluxe Edition and Collector's Edition. Moreover, we inform what unique content each version offers, what are the contents of the Season Pass and when the individual DLCs from it will be available. 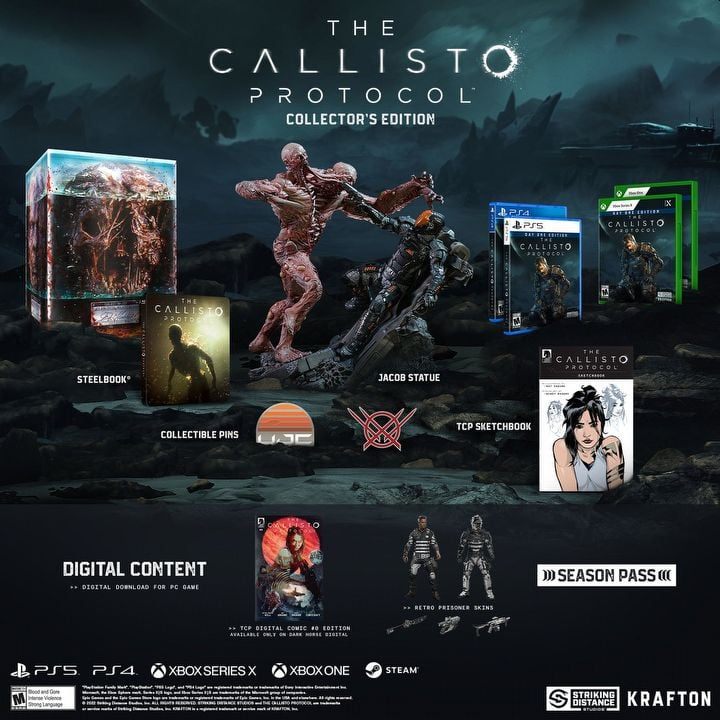 The Callisto Protocol game also received a limited Collector's Edition sold in a large box in physical form. Its contents are:

The Season Pass consists of new content that will be released gradually after the game premieres. It includes:

In addition to the paid Season Pass packs and add-ons, the game will also receive two free updates :